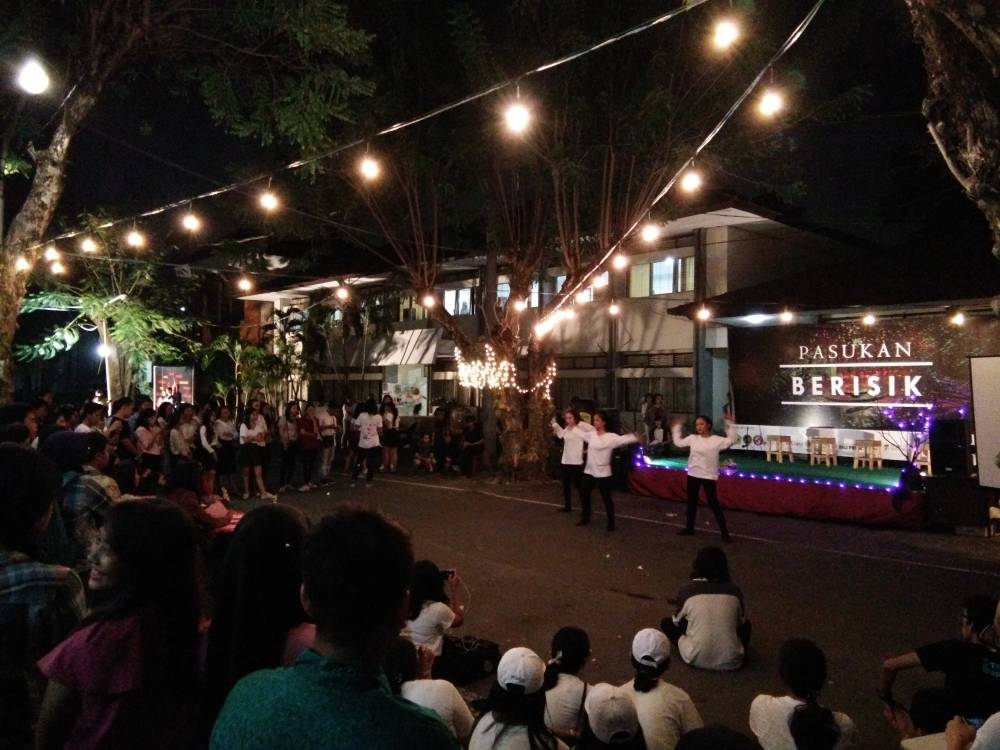 In order to celebrate the birthday of the prrggram study Admnistrasi state of udayana university Courses which the Student Union, the State administration of UDAYANA UNIVERSITY held an Army Contain was held on campus extension, Sudirman Denpasar on Friday 4 November 2016. The event was a charity concert which will be given to SDN Petiga 1, Marga, Tabanan, this look of the influx of tickets just to use goods or money for the donated. In this event, attended by the Governor of BEM , and  Kaprodi State administration

This year is a little different from the previous year. In this year the competition venue of the murals and dance followed by all prodi that exists in the environment of the campus of Udayana University . In addition to the above competition, the event also filled by bands and solo singers like Incik Boss, Litilium, the younger brother, Deadfood, Naramaya, and Corilin Gantina Abrahams. And there are also appearances Bondres Tingtingers and others. With the appearance of the performers is becoming a pretty good attraction, because of the visible enthusiasm that is present in this event. (arisugama)