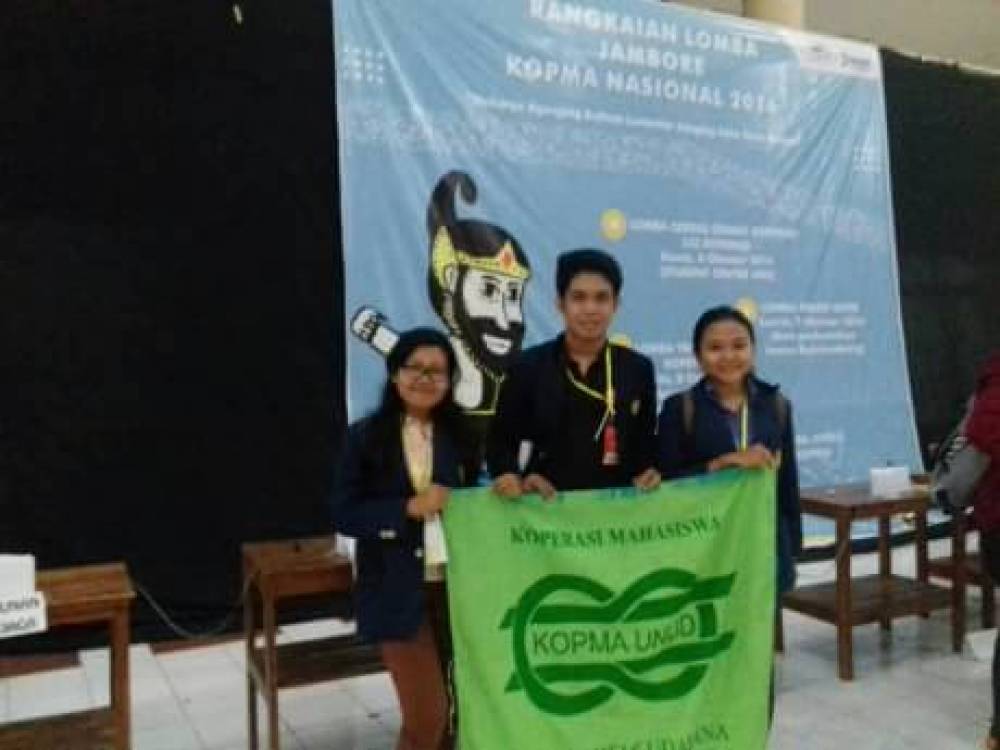 One more achievement obtained by Udaya University and this time it was from the students’ extracurricular of Koperasi Mahasiswa Universitas Udayana  (SE Kopma Unud). Consisted of I Made Adhi Wirayana, Ni Kadek Ratna Sari and Ni Kadek Yuliari, the team successfully establish themselves in 8th rank out of 49 Students Cooperation Team in 2016 National Kopma Jamboree. Such competitions which were held in Solo was successfully add more achievements of SE Kopma Unud. There are several categories that are contested in the 2016 National Kopma Jamboree namely; Scientific Writing Competition, Jingle Competition, Quiz Contest, Cooperation Embassy Competition dan Batik Creativity Competition. Those 5 competitions were held form October 6th to October 9th 2016. Final score was obtained by accumulating points for each race category. "At the end of the competition, we were optimistic to be in the top 10 after seeing the results we got from every actegory," said I Made Adhi Wirayana as the team leader. Kopma National Jamboree was an annual event. Though considered to be competition event, Kopma National Jamboree was meant to tighten the bond among Students’ Cooperation all around Indonesia. (dessrimama)