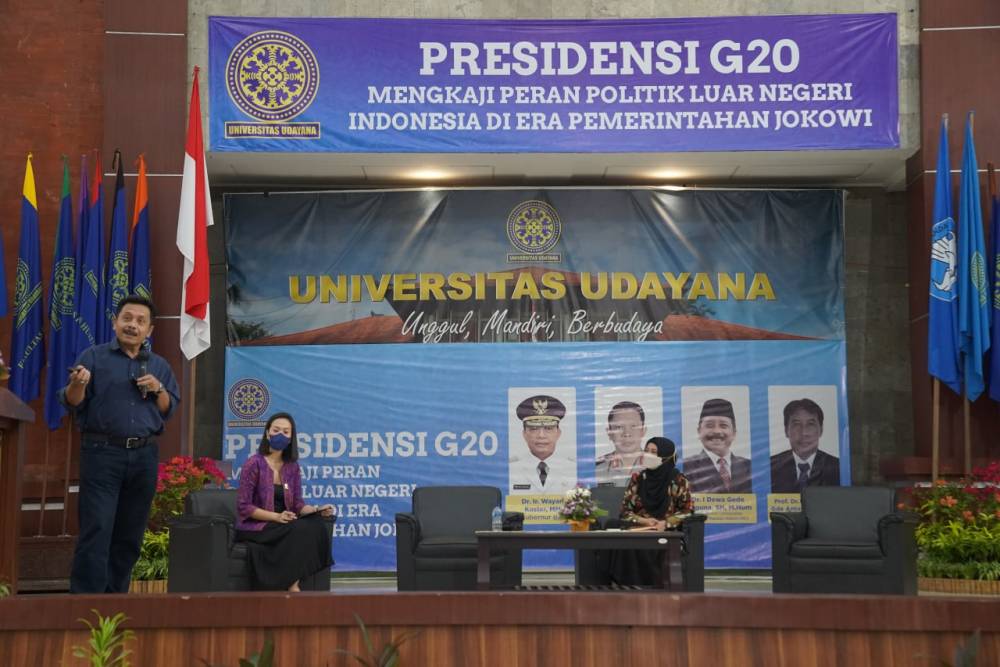 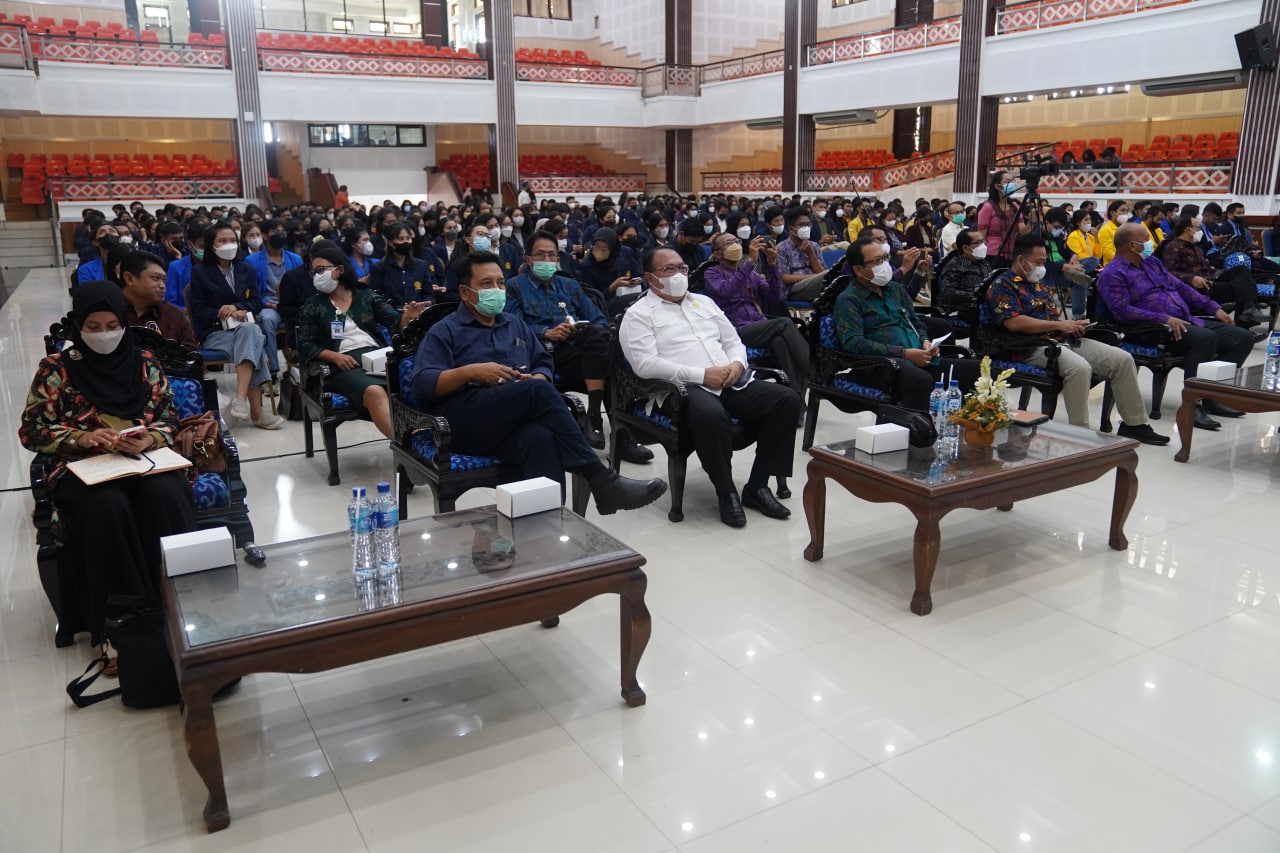 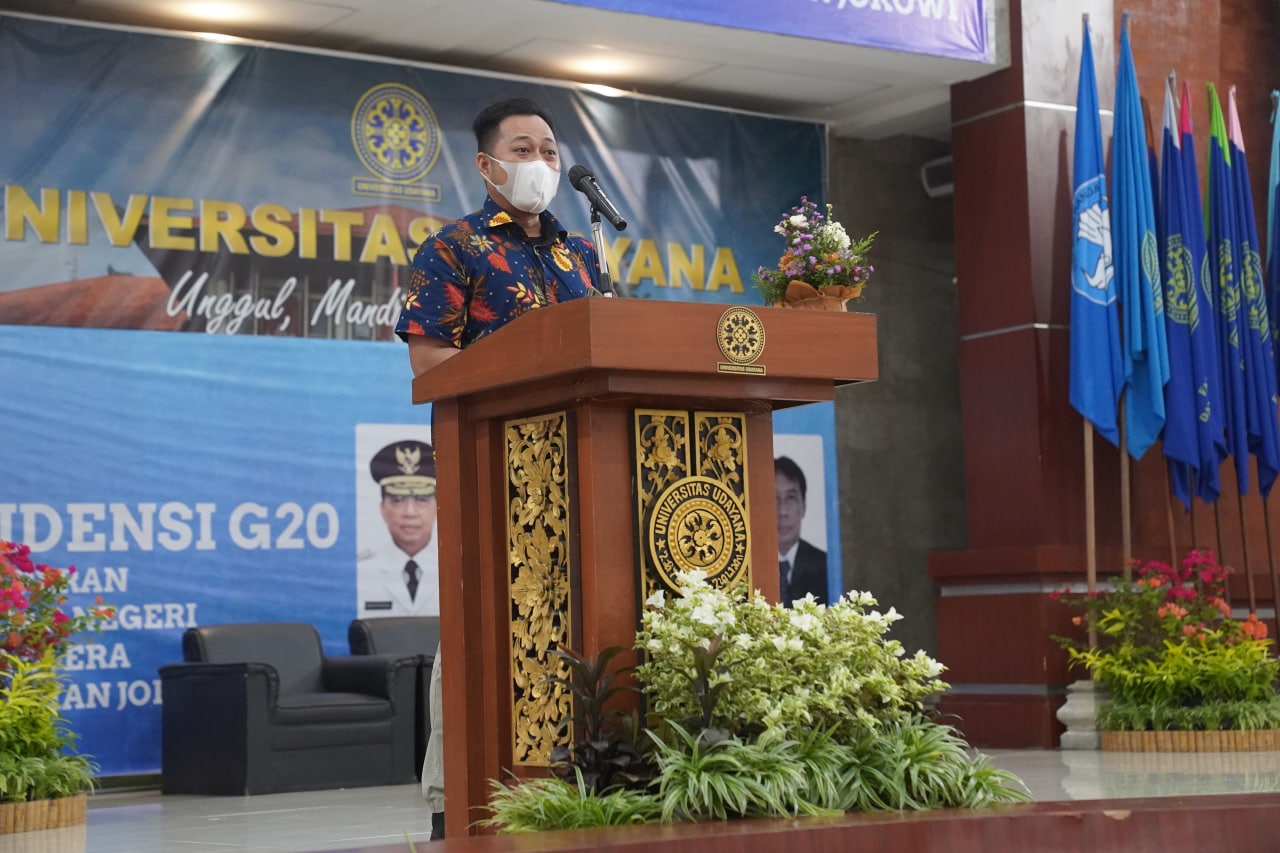 Nur Arianto from the Representative of Raja Grafindo Persada said that PT. Raja Grafindo Persada is a university book publishing company and selected / general, among which is published from the academic community of Udayana University is the book Dr. I Dewa Gede Palguna, SH., M. Hum from the Faculty of Law. On this occasion, it is hoped that students will become critical discourses on Indonesia's strategic positions as well as in student studies, both in intellectual discourse, discourse on action and future strategic plans what the younger generation contributes to improvements. This is the highest appreciation and I thank the Udayana University academic community. 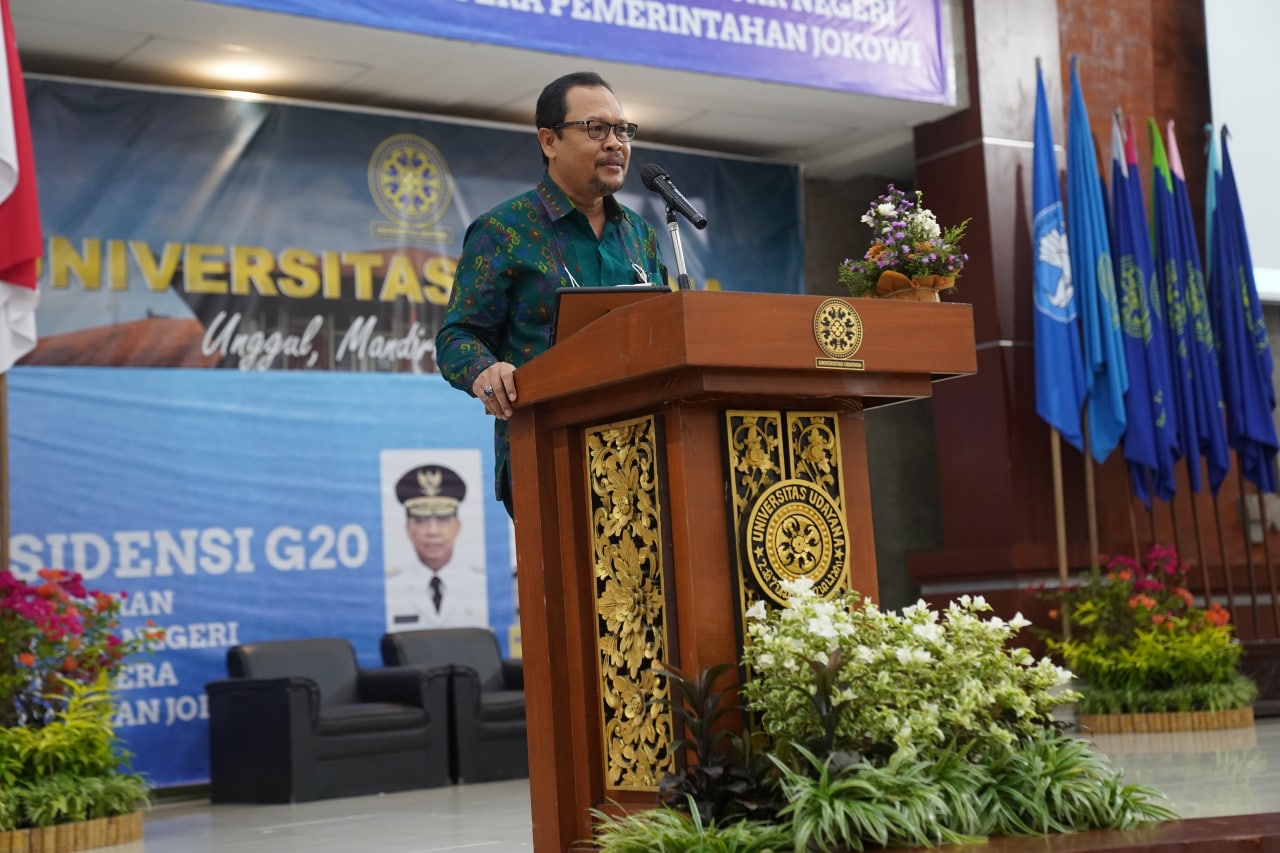 Meanwhile, the Vice Rector for Student Affairs, Prof. Ir. Ngakan Putu Gede Suardana, MT.,Ph.D.,IPU said that the G20 is a very prestigious international forum event held in Indonesia. This is something to be very proud of, because there are several things that can be improved under these conditions, especially our economic condition. With the implementation of the G20 in Bali, it is hoped that the economy in Bali can grow, especially in the tourism sector such as hotels, restaurants, transportation and others. In the G20 series, the Udayana University Hospital will also be appointed as a referral hospital in the implementation of the G20. "So these are some of the roles of Udayana University that will be involved in future G20 activities", he said. 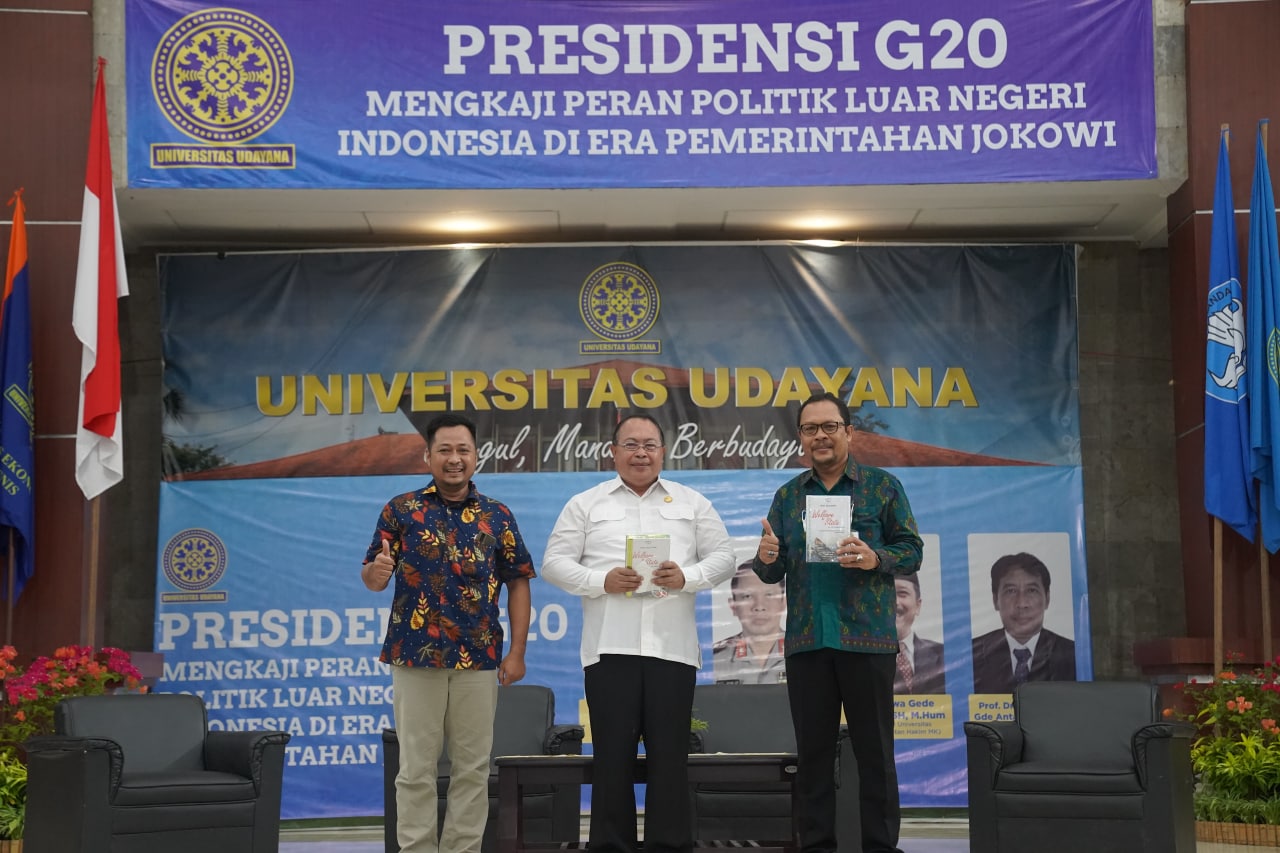 In addition to economic development, it is also hoped how the energy transition will be, namely special topics that will be delivered such as global health, energy transition, and digital transformation which are very important things not only for big countries but all countries in the world, both developing countries. as well as developed countries. (HM)