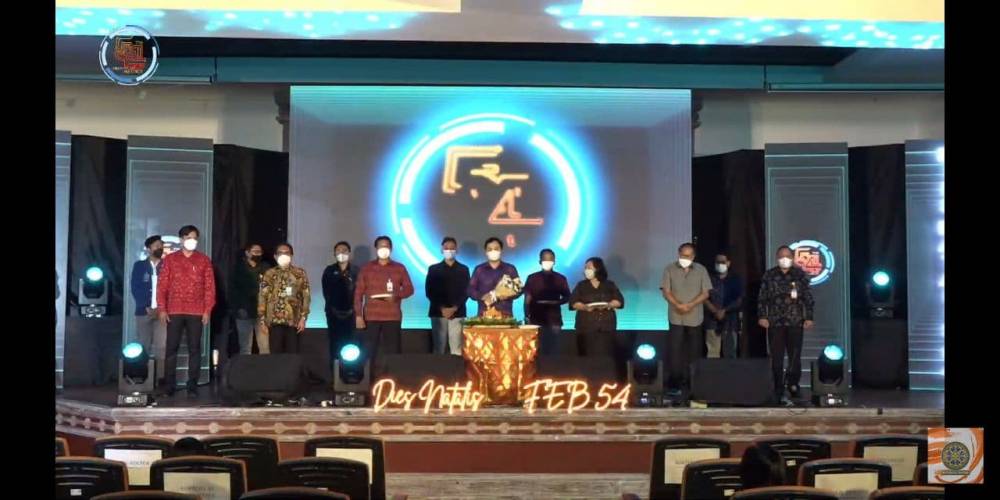 The highlight of the 54th Anniversary of the Faculty of Economics and Business took place in a hybrid manner with the main location centered in the Hall of the BH FEB Unud Building, Sudirman Campus, Denpasar, Friday (3/9/2021). The event was attended by the Rector, Vice Rectors, Faculty Senate, Deans, Heads of Institutions, Invitations and the Academic Community of FEB Unud. 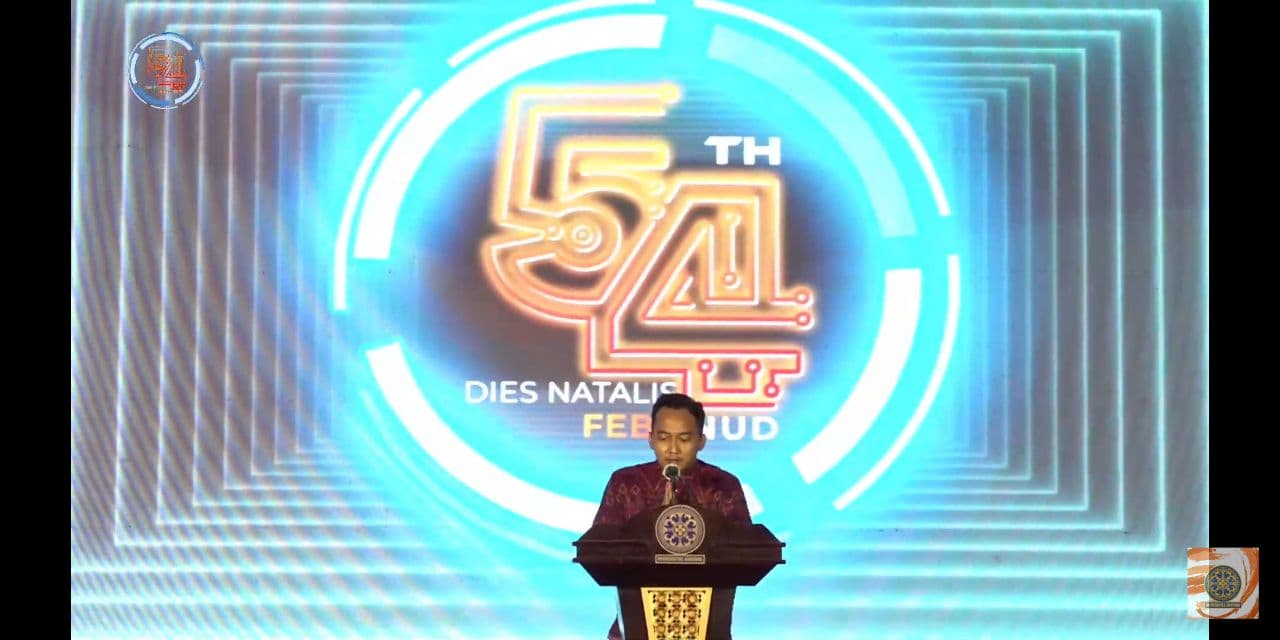 The Head of the Dies Committee I Gede Nandya Oktora P., SE., MBA in his report said that the Anniversary, which was formerly known as BKFEB, is a routine activity in a series of celebrations for the anniversary of FEB Unud. This year's anniversary took the theme "Expanding the Territory through Internationalization" by involving the entire academic community, including lecturers, staff, students and alumni. Through this Anniversary celebration, it is hoped that the solidarity and togetherness of the FEB Unud family will increase.

In the series of anniversary celebrations, various activities were carried out, including flag ceremonies, community service and social services, international webinars and the culmination of celebrations. 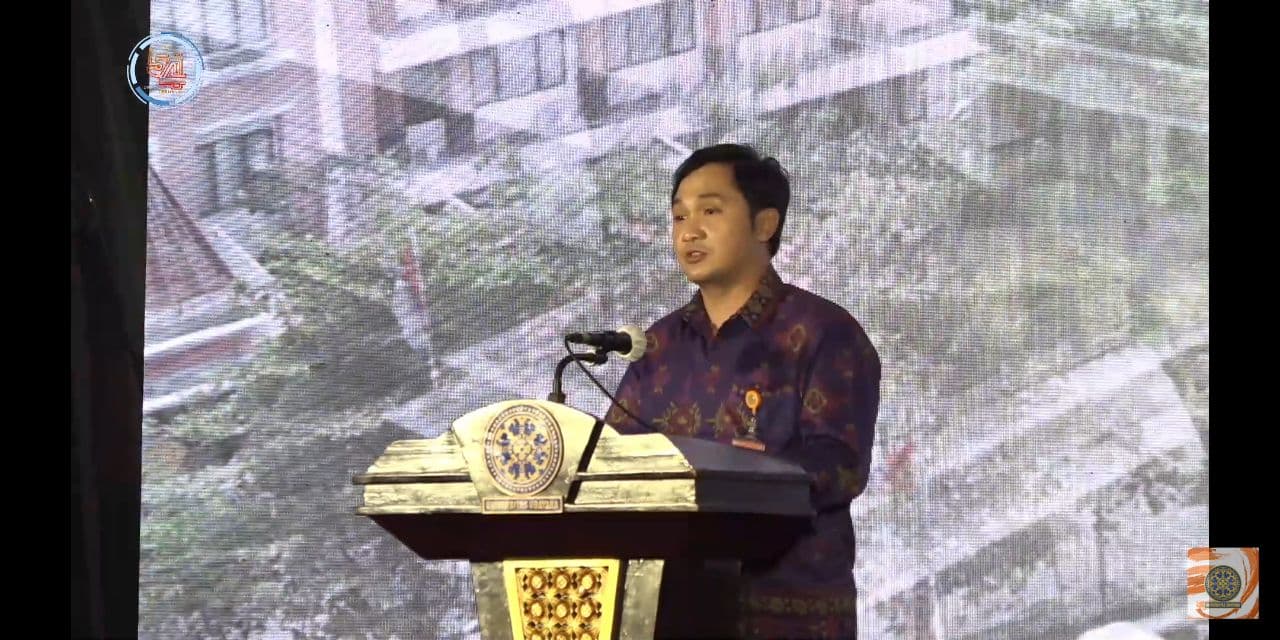 The Dean of FEB Unud Agoes Ganesha Rahyuda, Ph.D in his speech delivered an explanation regarding the change in the name of the activity from BKFEB to Dies Natalis, namely in terms of aesthetics, philosophical and empirical reasons. The Dean also submitted an annual report on the various annual achievements of FEB Unud as a form of accountability for performance to the public in the form of the Tridharma of Higher Education and Student Affairs activities, institutional management or internationalization, human resource development and innovative products. On this occasion. The Dean also introduced the FEB logo to the public which was launched on September 1, 2021. This logo is expected to be a unifier for FEB residents in moving forward together to realize the faculty's vision to become an FEB with international reputation, excellence, independence and culture. At the age of 54, this shows that this faculty already has a lot of experience and has great potential to become big and compete in the arena of economic and business education institutions at the national and international level. The Dean invited the FEB extended family to increase cooperation both in the learning process, research and community service that are relevant to the needs of the community. 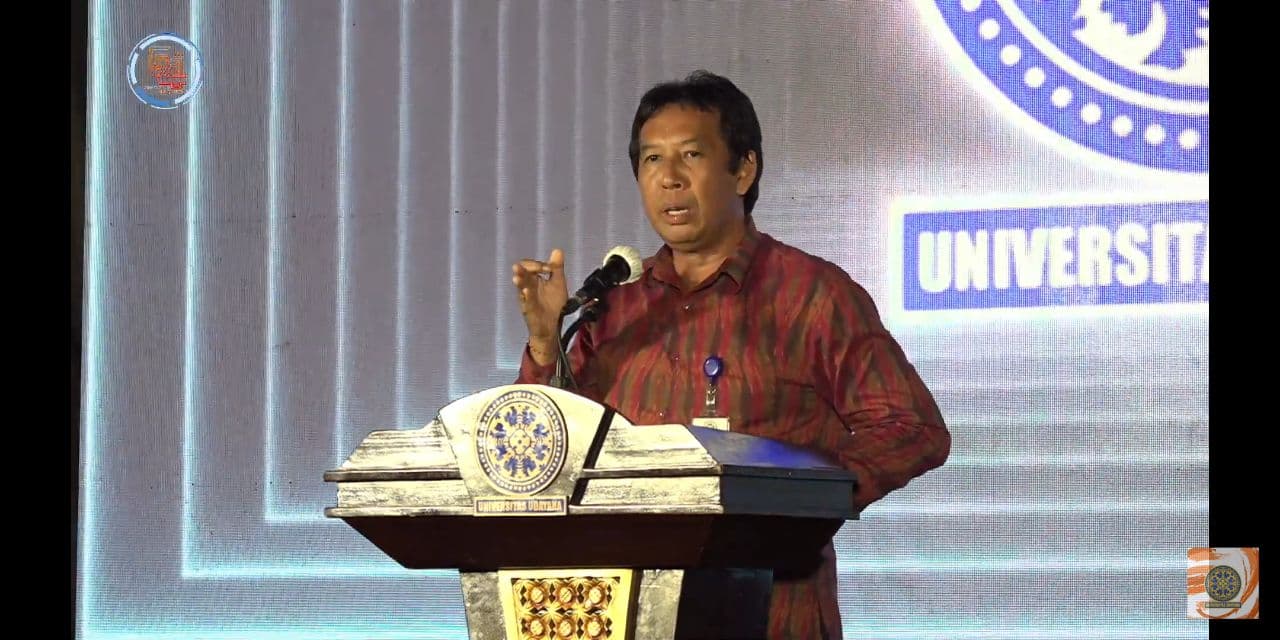 While the Rector of Unud Prof. I Nyoman Gde Antara in his speech congratulated him on the 54th Anniversary of FEB Unud. The Rector conveyed the university's future targets and work programs to be carried out. To achieve this requires the cooperation of all parties. For this reason, FEB is expected to support this by increasing performance and contributing to the achievement of performance contracts. The human resources owned by FEB are extraordinary and have also implemented an internationalization program, and the Tridharma implementation process has been going well. The Rector also said that to improve the position of the university we must go to PTN BH. The Rector also has plans to open new study programs and faculties at Udayana University to support university development. Let's make changes according to the needs and demands of the times. 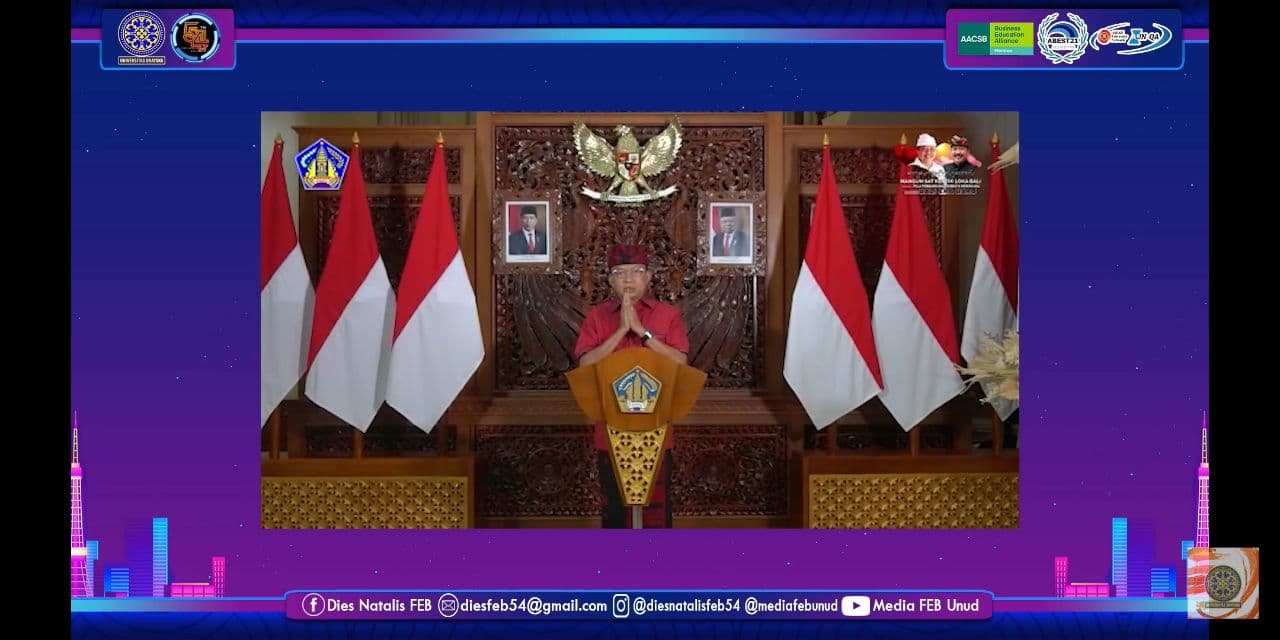 The peak of the Anniversary celebration was marked by the cutting of the cone and the video showing congratulatory messages from the Governor of Bali and the Leaders of Unud and continued with performances and entertainment.