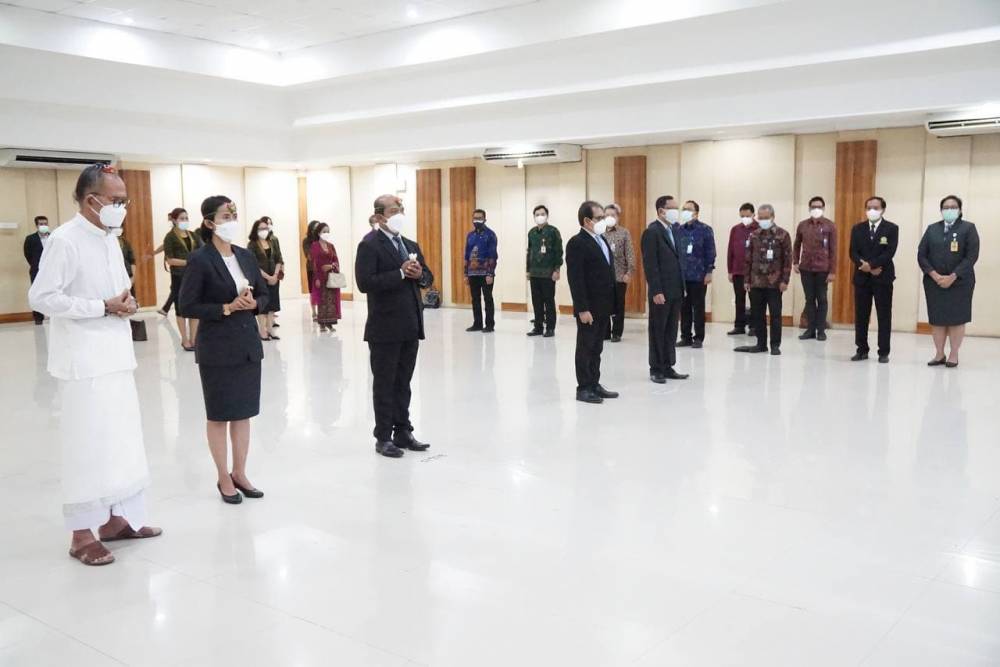 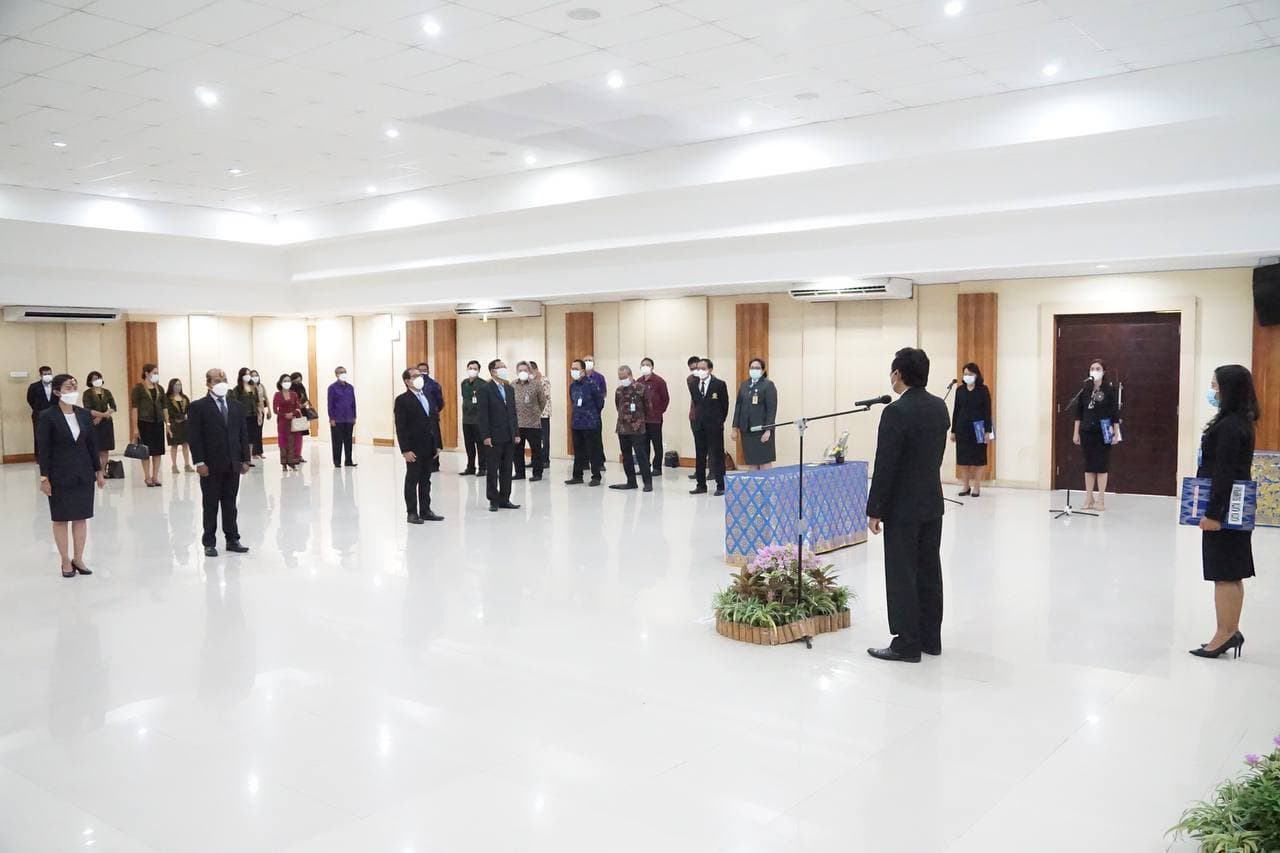 Rector of Unud Prof.Dr.Ir. I Nyoman Gde Antara, M.Eng.,IPU., said that the inauguration of these two officials was to fill the vacant positions of the two vacant bureau heads that were previously filled by the Acting Officer. 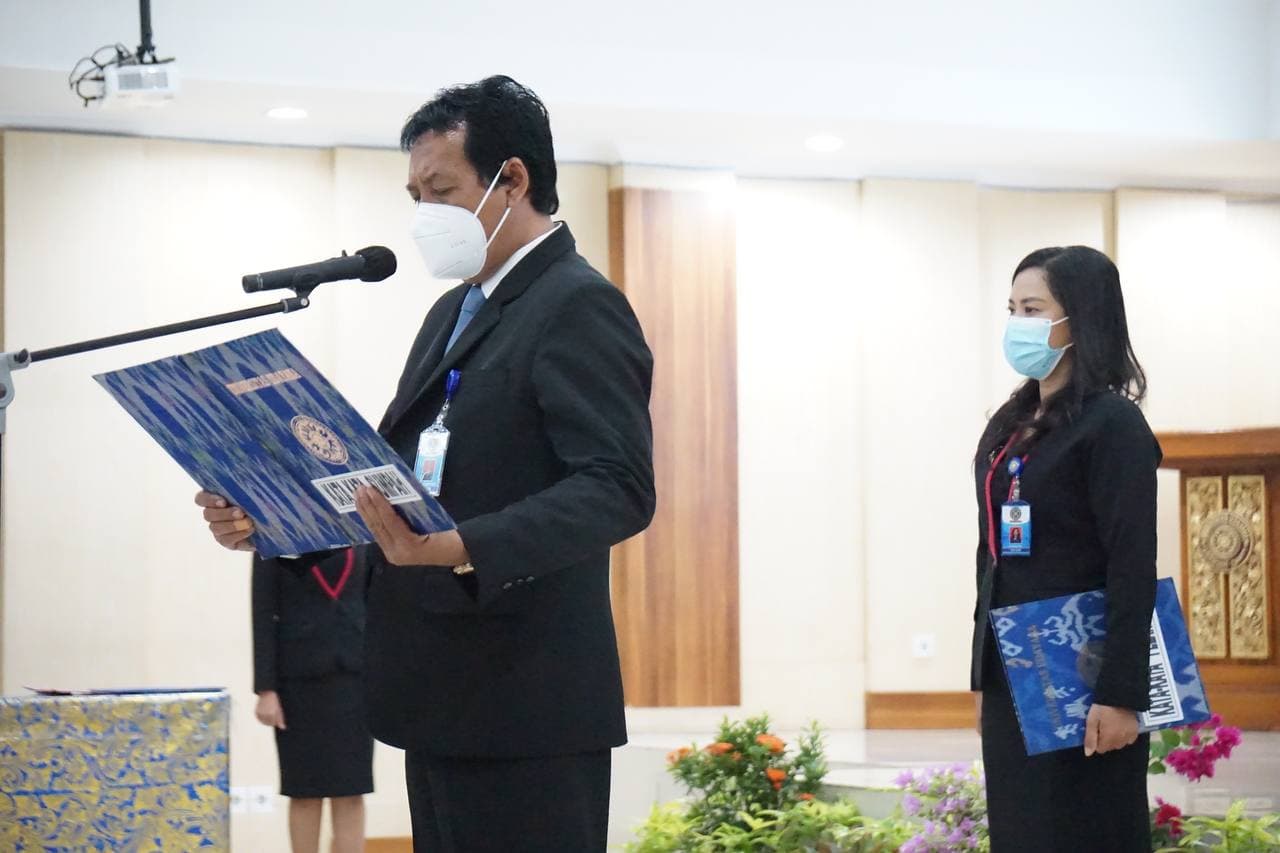 With the inauguration of these two Bureau Heads, the Rector hopes that both of them can carry out their duties and work more optimally in accordance with the tasks of the bureaus they occupy, both related to the handling and management of facilities and infrastructure, Human Resources, implementation procedures and also related to planning. "In addition, it is also related to changes in the budget and the implementation of financial management," he said.

With the existence of these two definitive officials, the Rector hopes that the services in Unud, both to lecturers and students, will take place better. With the inauguration of these two officials, there are currently 4 Bureau Heads at Udayana University who are definitively inaugurated and able to carry out their duties. "In the future, we hope that there will be improvements internally, not only for educators, but also for education staff. We will continue to improve, so that HR career development can be sustainable with the hope that there will be no more Acting Officers serving in the Bureau," he hoped.