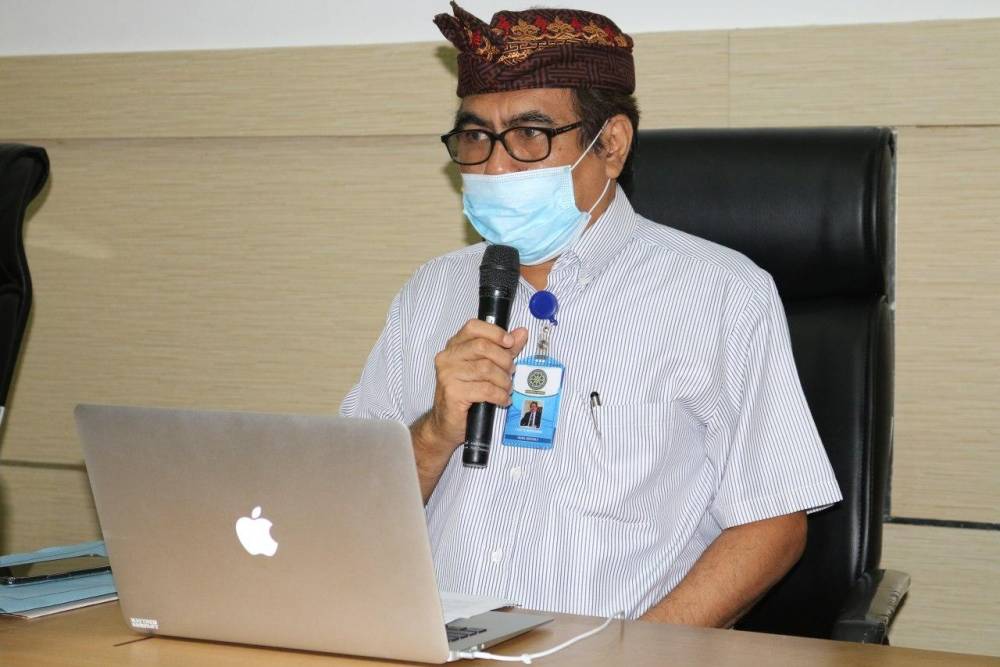 The General Bureau of Udayana University through the Human Resources Section carried out the Technical Guidance (Bimtek) of Compiling a List of Credit Score Proposers (DUPAK) which took place online through the Unud Webex application, Thursday (15/10/2020).

The Technical Guidance, which was attended by Heads of Divisions, Heads of Subdivisions, Medical Functional and PNS Paramedics, was opened by the Vice Rector for General Affairs and Finance, Prof. IGB Wiksuana represented the Rector and was also attended by the Head of the General Bureau. Resource persons in the Bimtek which lasted for two days, namely Aidu Tauhid, SE., M.Si (Director of the ASN State Civil Service Agency), Linda Warni, S.Pd (Young Expert Personnel Analyst at the Ministry of Education and Culture's HR Bureau) and the Functional PAK Team from Sanglah Hospital . The materials presented in the Technical Guidance include Functional Positions of State Civil Servants, Promotion of Position and Functional Ranks of Civil Servants as well as Compilation of a List of Proposals for Determining Credit Score (DUPAK) for Functional Positions.

Through this activity, the Vice Rector hopes that the participants who attend will get an overview of functional positions and promotions from speakers from both BKN and the Ministry of Education and Culture's HR Bureau.

The Governor of Bali Submits DIPA for TA 2021 from Udayan...

Signing of the Extension of the Memorandum of Understandi...

Supporting the Implementation of Free Learning-Merdeka...

Appreciation of the Health Sector to the Bali Police...