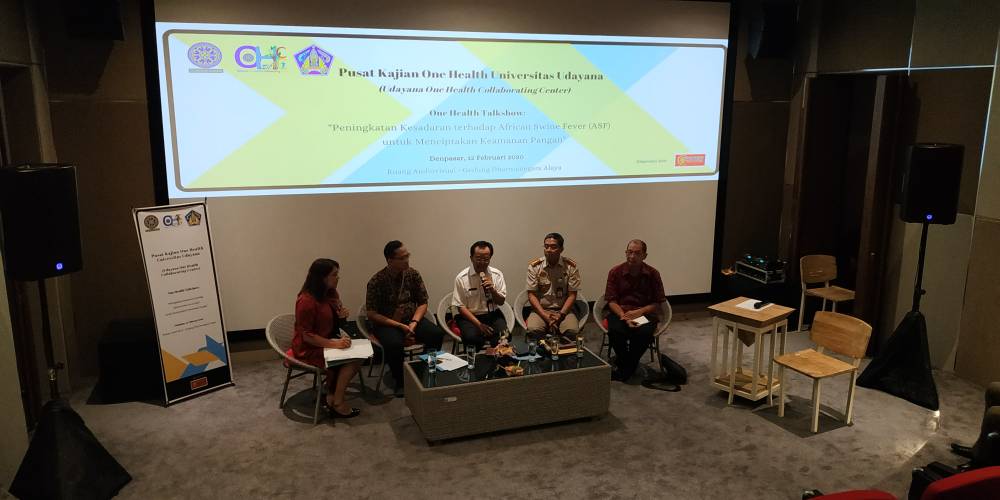 African Swine Fever (ASF) has recently become a hot topic in Bali since the deaths of hundreds of pigs in a number of areas. Head of Animal Health Division of Bali Province of Agriculture and Food Security Dr. drh. I Ketut Nata Kesuma, MMA asserted that until now the trigger of this pig deaths is still in the process of sample testing.

A total of 898 pigs were found dead in Badung, Gianyar, Tabanan, and Denpasar areas with a total of 69 location points. However, he believes later the death rate of pigs decreased compared to previous month. "After January 21, there was a decrease in waves. Even since February 1, there are no reports, "said Nata

Anticipated of widespread swine deaths, Bali province's agriculture and food security department intensively conducted surveillance ahead of Galungan Day, it sent a number of veterinarians and practicing doctors to various regions. "At the beginning there was concern for that (reduced consumption of pork). Of course it did not last long, it was proven the production of pork sales was still busy. That is an indication that consumption is still good, "he added. He emphasized that the price of pork on the market is still stable. The public is expected to remain careful in choosing healthy pork for consumption.

This step was appreciated by the Head of Sub Directorate for Prevention and Eradication of Animal Diseases, Directorate of Animal Health, Ministry of Agriculture, drh. Arif Wicaksono, M.Sc. According to him, preparation is need to be done by the regional government. Moreover, information uncertainty often makes people more restless. Arif emphasized that ASF is not classified as a zoonotic disease. In other words, this disease will not spread to humans or other animals, and vice versa. "The role of the government going to the field is to convince the public not to be afraid of consuming meat and raising pigs," Arif answered

The eforts to prevent the spread of this disease were also carried out by Denpasar Agricultural Quarantine Center. This step is carried out by tightening pork traffic to and from Bali. "We have carried out socialization steps to airport and seaport stakeholders and have also taken precautionary measures, tightening hand luggage, aircraft waste, cruise ship waste," explained the Head of Class I Agricultural Quarantine Center Denpasar, drh. I Putu Tarunanegara, MM.

This supervision is carried out especially in I Gusti Ngurah Rai Airport and Gilimanuk Port which are indeed the in and out way of Bali. Although tightened, he admitted that at this time the pork traffic was still running normally. "In Bali as long as this outbreak has not been confirmed as an outbreak, traffic in Bali is still proceeding normally. In contrast to the North Sumatra (North Sumatra) epidemic that has been confirmed, new traffic is limited, "he added.

Academics at Udayana University Prof. drh. Nyoman Mantik Astawa, Ph.D said that until now the AFS vaccine had not been found. It also claimed to be ready to help develop further research on this disease. "Maybe in the future Unud will help in developing the vaccine, because so far there is no vaccine," he said. (Udayana Media)