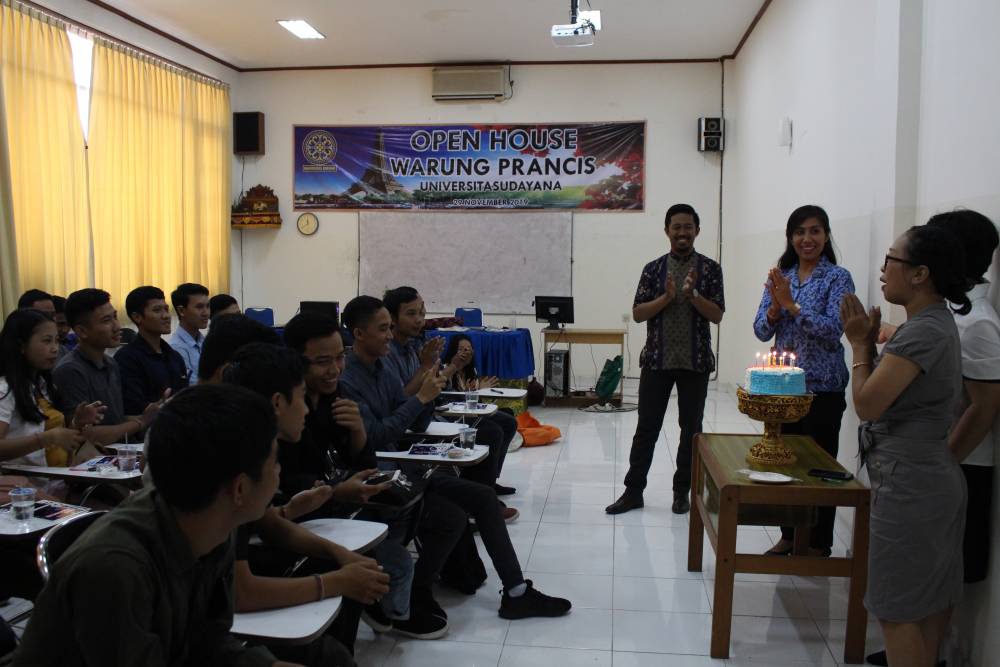 A series of activities was the socialization of the Francais Institute of Indonesia related to scholarships and studies in France ended with the screening of  a movie called 'Edmond'. Madam Weddha explained that Warung Prancis has routine activities that can be attended by the entire Udayana University academic community such as watching movies together, French language classes, information dissemination about studying in France and much more.