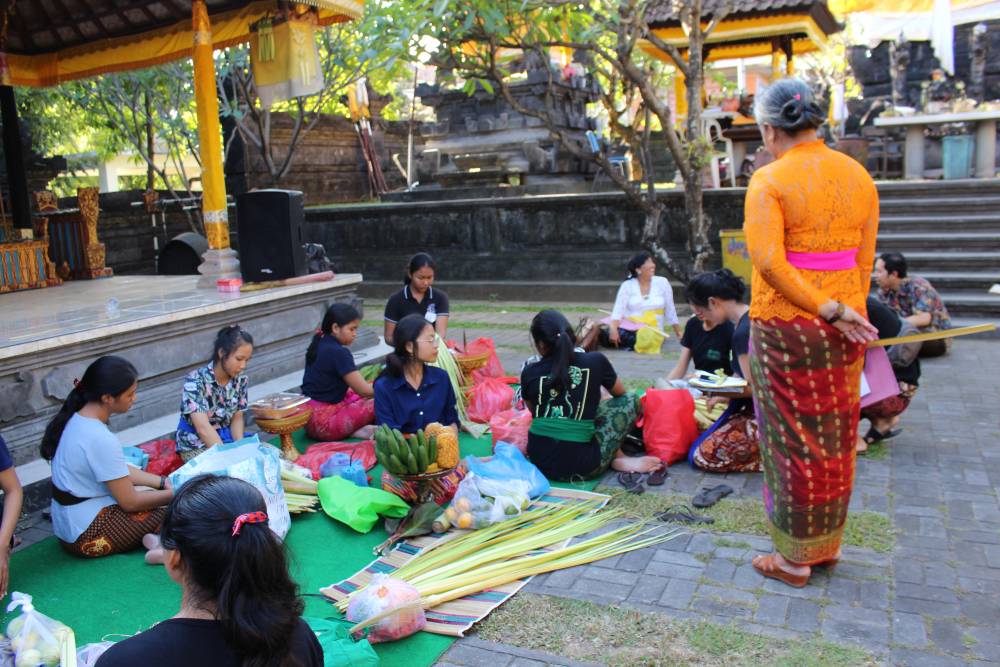 For Gebogan Competition and Ngelawar Competition held on Friday (10/05/2019) at Padmasana Widya Maha Amrtha, Sudirman Campus. It was attended by 7 participants in each branch of the race, and came from various faculties at Udayana University. I Nyoman Sucipta, as an advisor of FPMHD and a lecturer at Faculty of Agricultural Technology, hopes that not only praying there will be activities that sharpen knowledge as academics. "It is hoped that in the future Udayana University students will, of course, at first be related to Saraswati where Saraswati Day is to commemorate the birth of knowledge in not only praying, there are activities that sharpen our knowledge as academics", said FPMHD advisor.