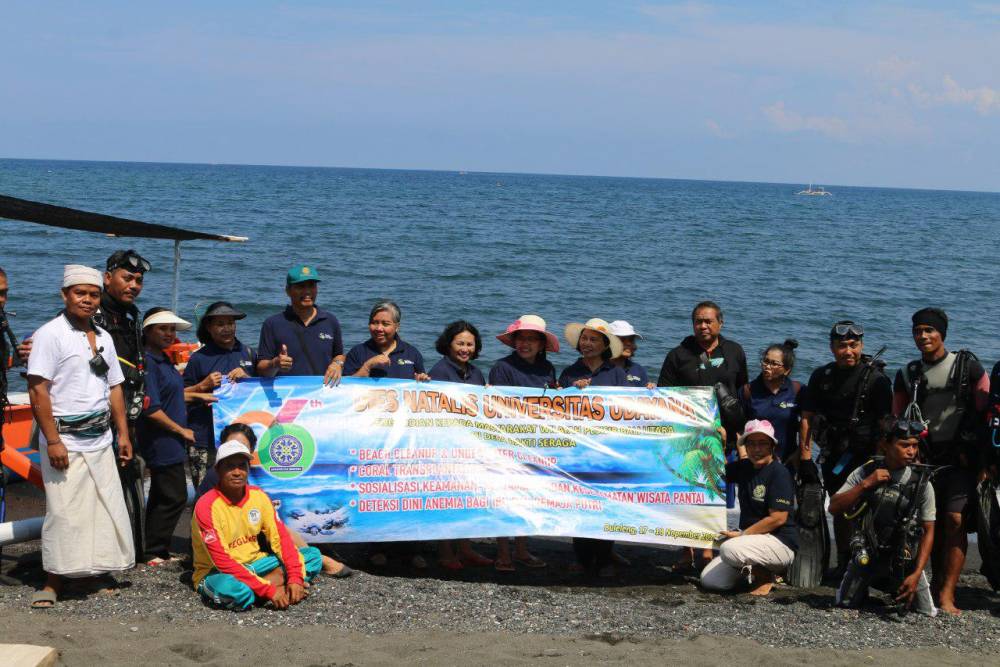 The coast of Giri Mas Beach, Buleleng Regency, Singaraja was chosen as the location of Community Service which was held in the framework of the 56th Anniversary of Udayana University (17-18 November 2018). Present at the service were the Chairperson of the 56th Anniversary of UNUD Dr. Ir. Agus Gede Darma, MT., And other Dies Committee. The implementation of Community Service was chosen at Giri Mas Beach, considering that this area is the largest producer of fish in the Regency of Buleleng. This area is also very good for developing various processed fish. On this occasion, the Chairperson of the Anniversary also handed over several cooking utensils for processing which were symbolically given to PKK Giri Mas. Perbekel Giri Mas Wayan Sunarsa also had the opportunity to attend and convey the presence of the Udayana University Extension Team very useful for the coastal community of Giri Mas so that the processed fish products will be maximized to be marketed to the community.

After completing the service in the Buleleng Regency Government, the dedication team continued activities at Kerobokan Beach in order to reduce Hexodome on the seabed. The Hexadome settlement carried out by the Chair of the Anniversary and assisted by the Buleleng Tourism Team was expected to stimulate the growth of coral reefs and become a home for fish,

On the second day of the implementation of Community Service in Penimbangan Beach, North Buleleng Regency. On this occasion the release of 19 tukik on the coast was released, followed by the handover of hygiene kits and buoys on the Penimbangan beach. The dedication program continued with coastal cleaning and underwater cleaning along with the community and a team of divers. (HM) 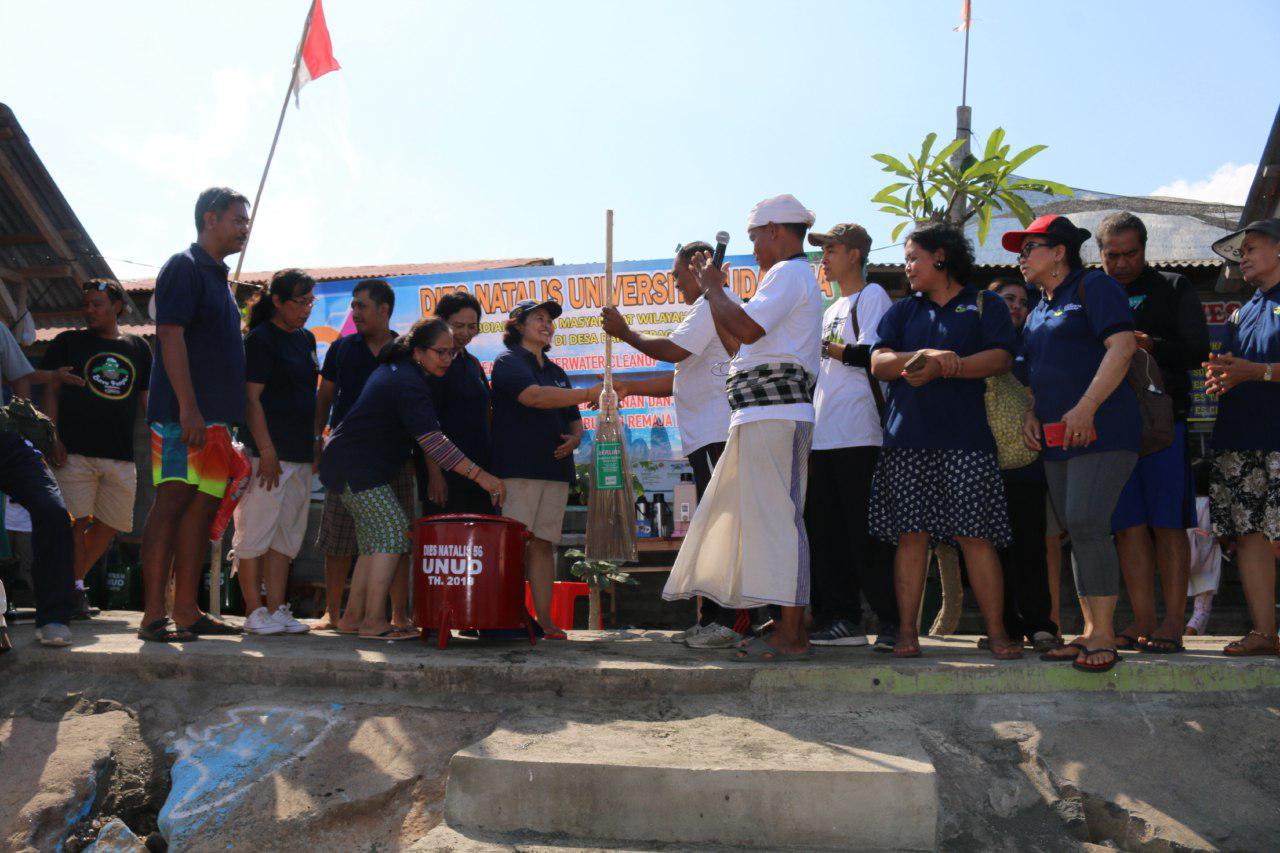 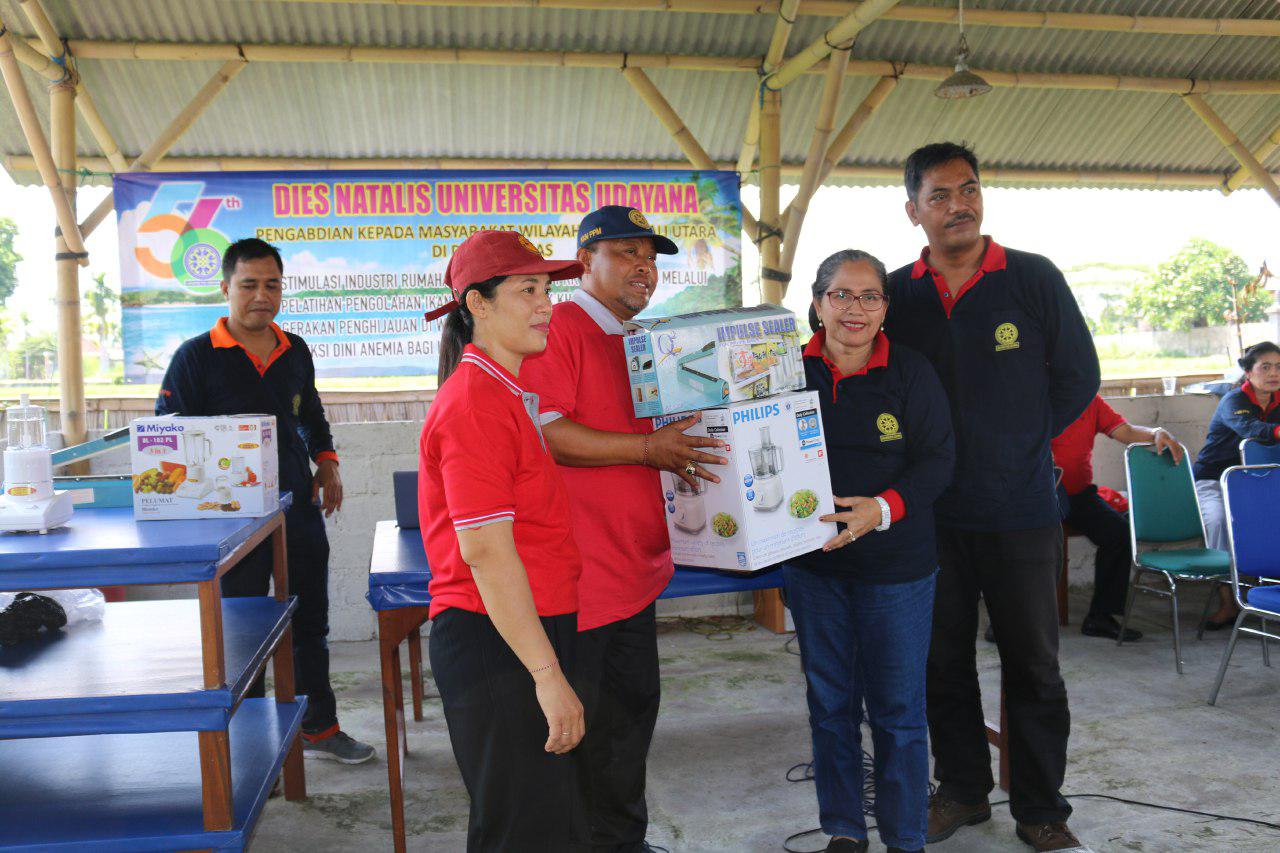 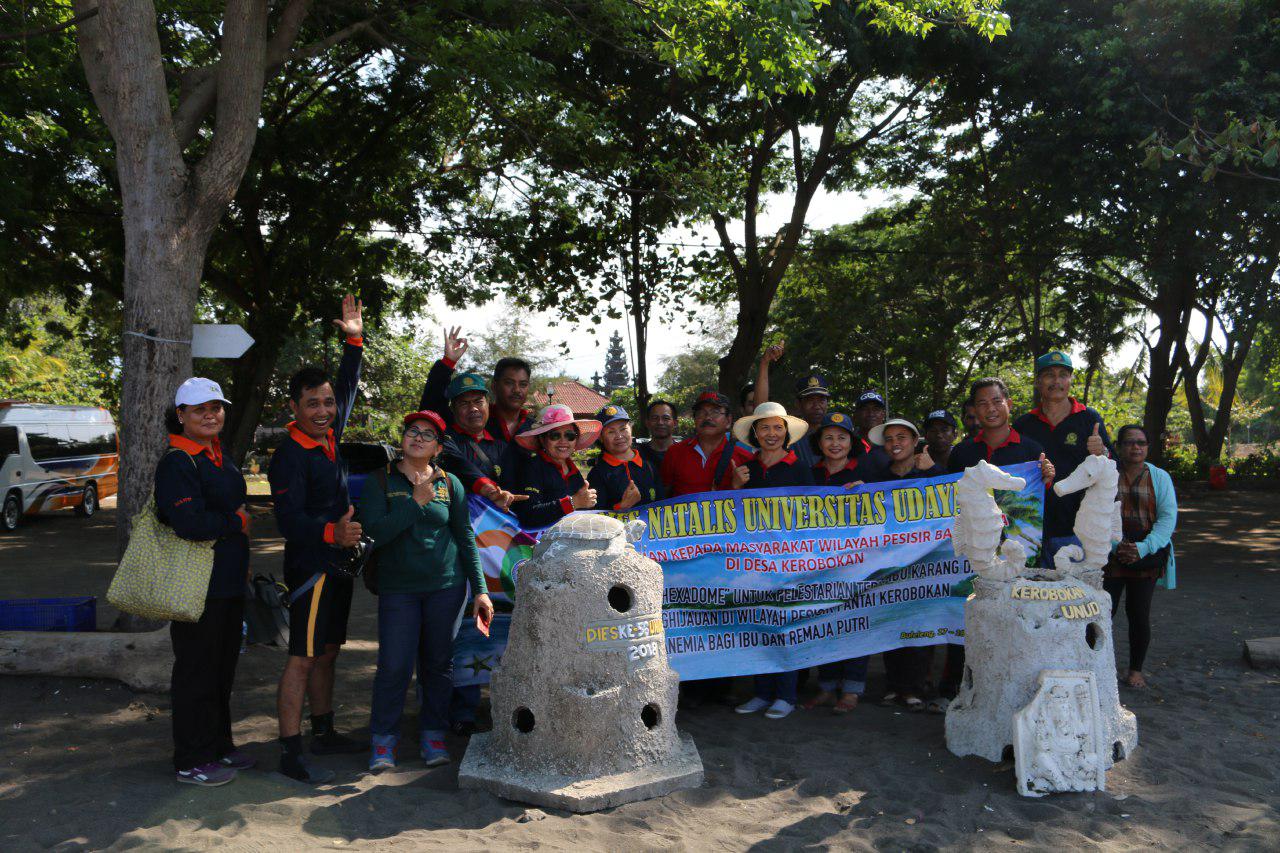 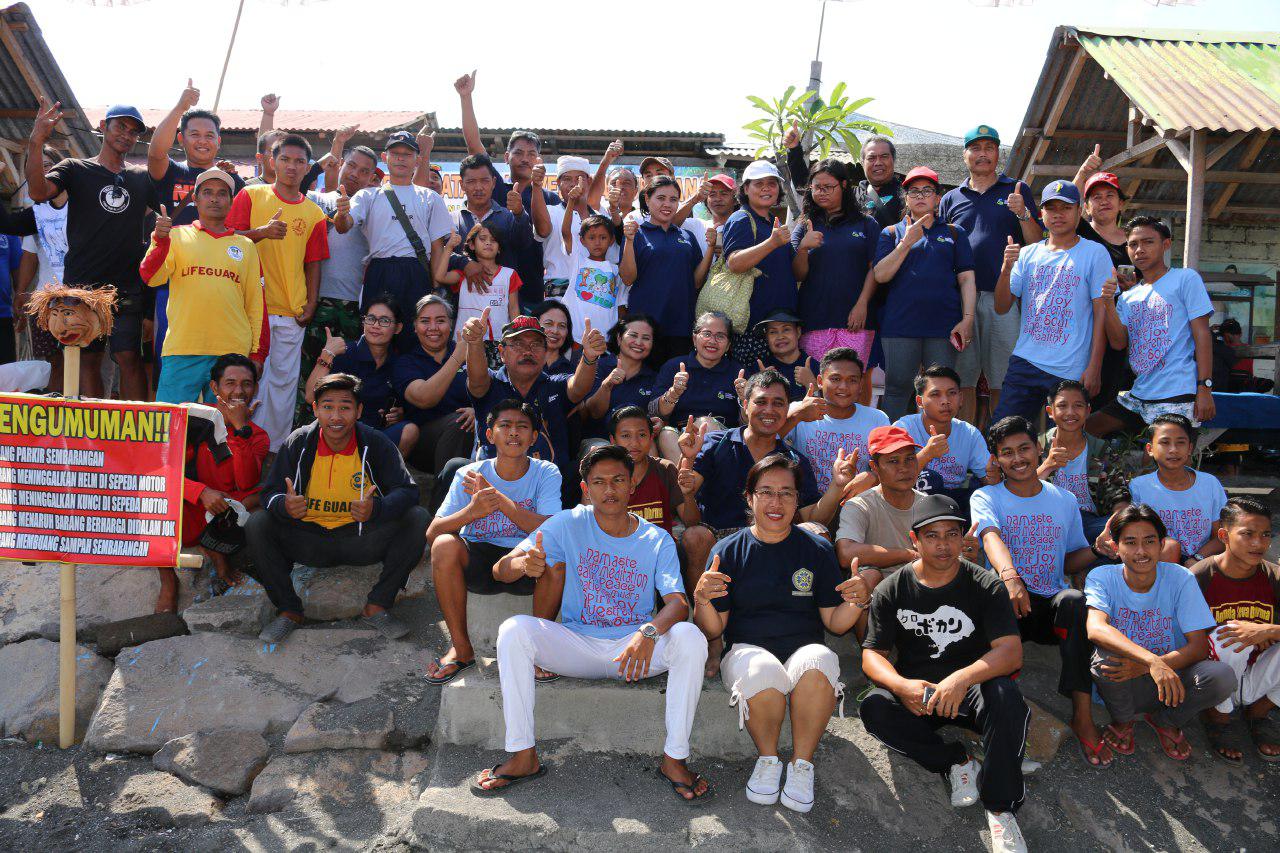