FOLLOW THE CONSTRUCTION OF COOPERATION WITH NANCHANG NORMAL UNIVERSITY, P.R. CHINA, FACULTY OF TOURISM SIGNS OF LETTER OF INTENT 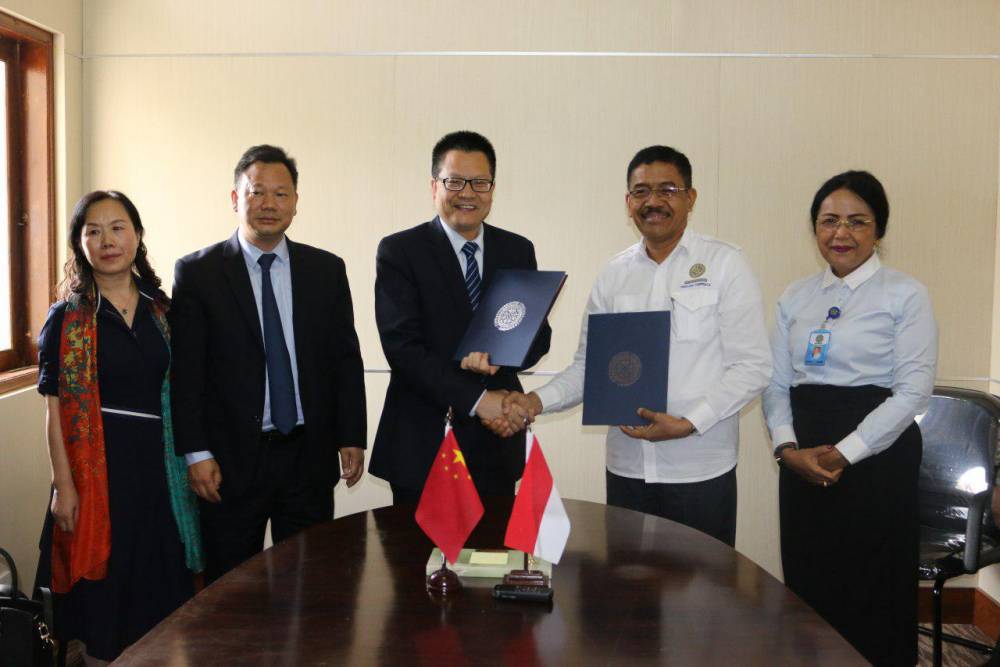 Rector of Unud, Prof. Dr. dr. A.A Raka Sudewi, SP.S (K) in his speech said that the LoI will emphasize several specific activities which include exchange programs, both exchange lecturers and exchange students, joint research between the two parties, and holding Mandarin language training especially in the field of tourism. In addition, other academic collaborations include organizing conferences, symposiums, seminars, and collaborations in the field of culture which can be followed up by both parties in order to enhance their respective roles in the field of international cooperation.

In addition to cooperation with Nanchang Normal University, Unud has also collaborated with various universities and institutions in China and has increased from year to year, until 2018 there have been 17 MOUs already established between Unud and various tertiary institutions in China, and most have been implemented through several technical collaborations by the parties.

Unud's collaboration with universities and institutions in China is also getting closer after the establishment of the Chinese Tourism Training Center (CTTC) which was inaugurated on October 23, 2017. Various activities have been carried out along with the existence of CTTC especially in helping the development of learning Mandarin, and other cultural programs that held in coordination with the Chinese Consulate General in Denpasar. In order to enhance the role of Udayana University in strengthening the community, currently Udayana University is proposing the establishment of the Chinese Tourism Confucius Institute (CTCI) to the Ministry of Research, Technology and Higher Education. If this proposal is approved, various activities, especially in the tourism sector, will be implemented between Udayana University and various institutions in China under the coordination of the Chinese Tourism Confucius Institute.

The Rector of Unud and the President of Nanchang Normal University hoped that this meeting would be a good step for both parties and strengthen cooperation especially with the implementation of technical cooperation in the future. (HM)