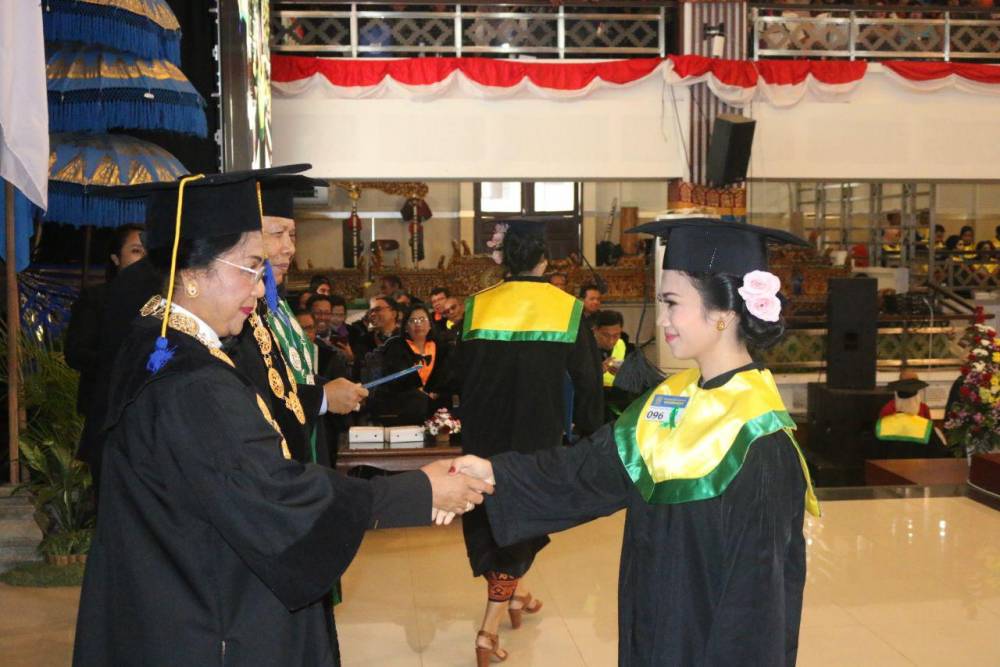 Chancellor of Unud, Prof. Dr. dr. A.A. Raka Sudewi, Sp. S (K) In his remarks conveying Udayana University continues to improve to produce graduates who are professional, superior, independent and cultured. This is in line with the direction of the Minister of Technology and Higher Education in his scientific speech delivered when attending the Commemoration of the 56th Anniversary of Unud on September 29, 2018. Udayana University is expected to be able to prepare the young generation to face the globalization of the Industrial Revolution 4.0.

Several other things that have been done by the University of Udayana are internationalization programs through the formation of several Study Programs to take part in international certification such as AUN-QA so that graduates get recognition not only at the national level but also at the international level. Through the Career and Entrepreneurship Development Center, Udayana Career Days have also been held which are job vacancies for alumni through collaboration with several private companies that need workers and always strive to provide provisions in developing soft skills for students so that when they graduate not only become "searchers" Work but also can become a Job Creator ".

At the end of his speech the Chancellor invited the entire academic community and alumni of Udayana University to work together, shoulder to shoulder with sincere intentions and a high spirit of dedication to improve the quality of Udayana University in printing graduates who could later play a major role in the nation and state's journey, and continue to maintain the good name of the alma mater wherever they are. (HM)