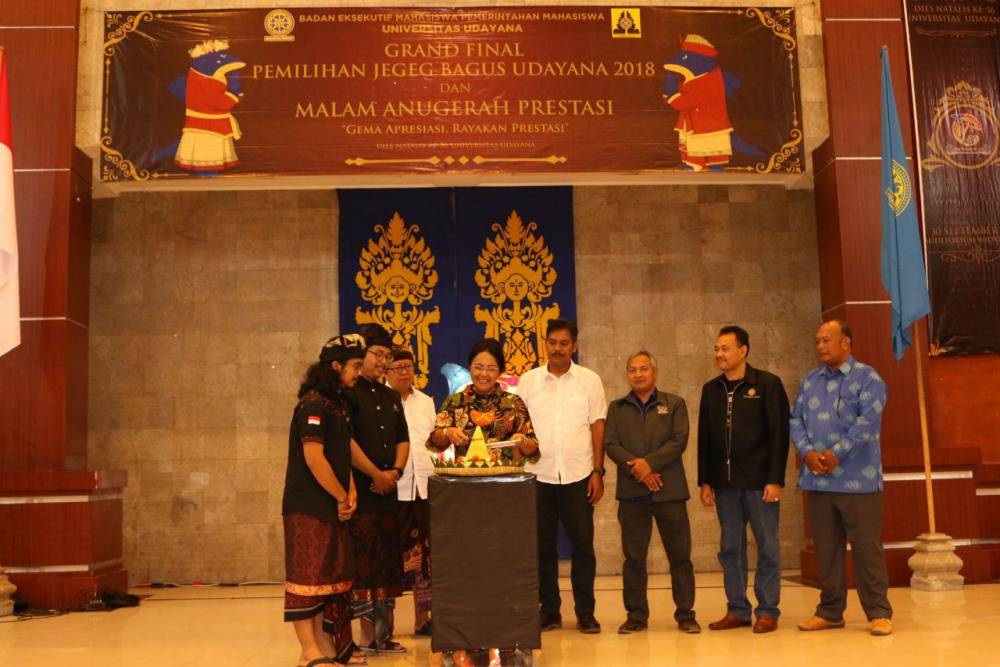 BEM PM President Kosyi Rukito expressed his appreciation to the committee who had prepared this activity for a month. Kosyi also expressed appreciation to the entire academic community from all faculties who had enlivened and succeeded the implementation of this activity. The President of BEM PM hopes that the implementation of this activity will prioritize a sense of brotherhood and invites the entire academic community to jointly achieve achievements for Udayana University.

Chancellor of Unud, Prof. A.A Raka Sudewi in his speech expressed his appreciation to the BEM PM who had organized this activity. The Chancellor said that each activity must contribute to output, and output, and the results of this activity are the values ​​contained in the theme "Reverberation of Appreciation, Celebrate Achievement". Achievements in the field of sports and art obtained certainly require a process in preparation both time and mental. The Chancellor hopes that through this activity it can increase the sense of brotherhood and a sense of pride through the competition that has been passed.

In the evening, this achievement award was given awards to all Outstanding Students in Udayana University. The desired goal of the awarding is as a form of appreciation to students who have succeeded in scoring Udayana University. For the champion of Jegeg Bagus Udayana Attributes, it was done through three categories, namely for the photogenic category achieved by Jegeg FEB and Bagus FKH, for the talented category, Jegeg Fisip and Bagus FP and the favorite categories were won by Jegeg FEB and Bagus FEB. While Jegeg Bagus Udayana 2018 was won by the Faculty of Agriculture Jegeg and the Faculty of Medicine. (HM)