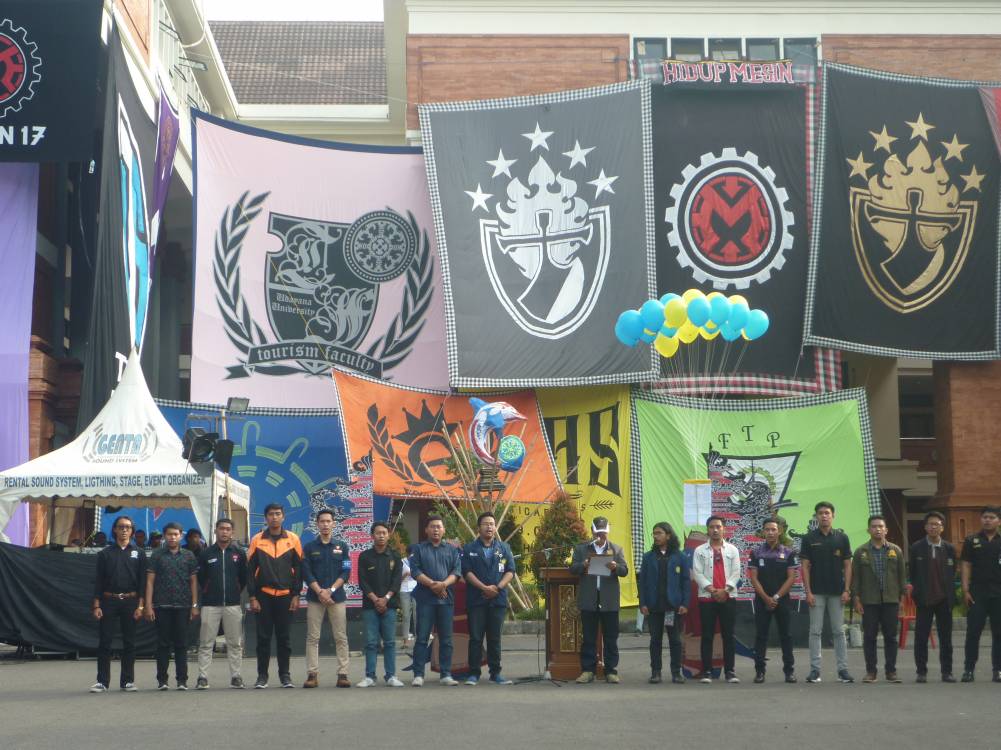 Those two competitions were The Defile and The Contemporary Act. On this day, not only students enlivened the Udayana Fair, but also representatives of the delegates represented by Vice Chancellor 3, Prof. Dr. Ir. I Made Sudarma, M.Sc, Chairperson of Institutions in the Udayana University, and Dean of 13 Faculties who were also present to encourage students in competing. 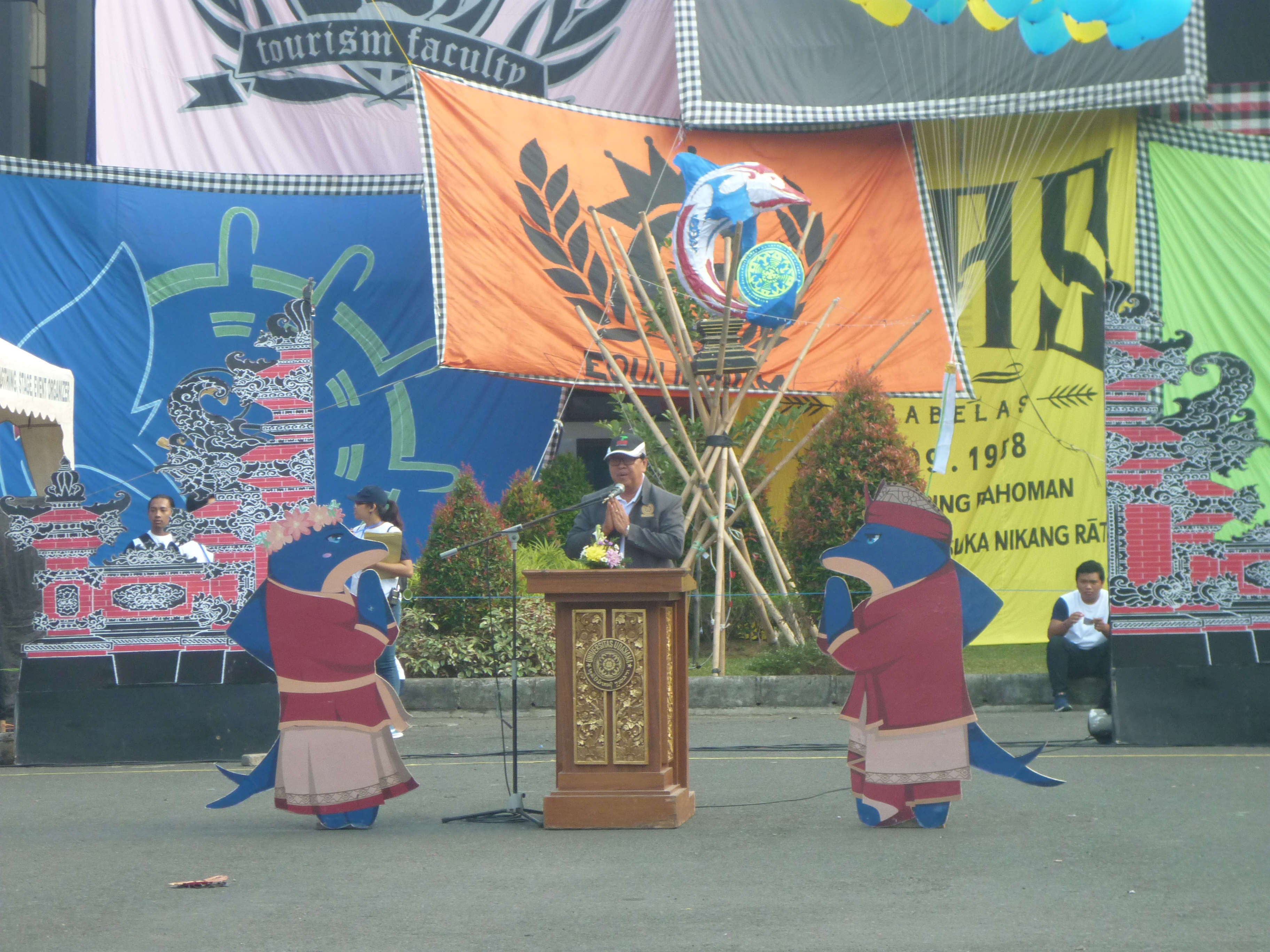 Opening speech by the vice chancellor 3 of Udayana University

This activity began at 07.30 AM, opened with a traditional dance performed by students from the Student Activity Unit (UKM) of Arts. Then a speech was given by the chief executive of the activity, Javents Lumbantobing, Udayana University BEM-PM’s President, Khosyi Rukito, and remarks by Vice Chancellor 3 who also opened the Udayana Fair this year. Besides, there were also readings of the pledges by the Vice Chancellor 3 and followed by 13 faculties’ student executive councils’ chairmen (BEM) as a spirit to always uphold sportsmanship in carrying out each competition held during the Anniversary.

Before carrying out the first competition of the day, The Defile, the invitees and students got a Barongsai performance (Lion Dance) by the Udayana University’s Wushu Student Activity Unit. Later, in the afternoon until evening, it would be followed by The Contemporary Act Competition. 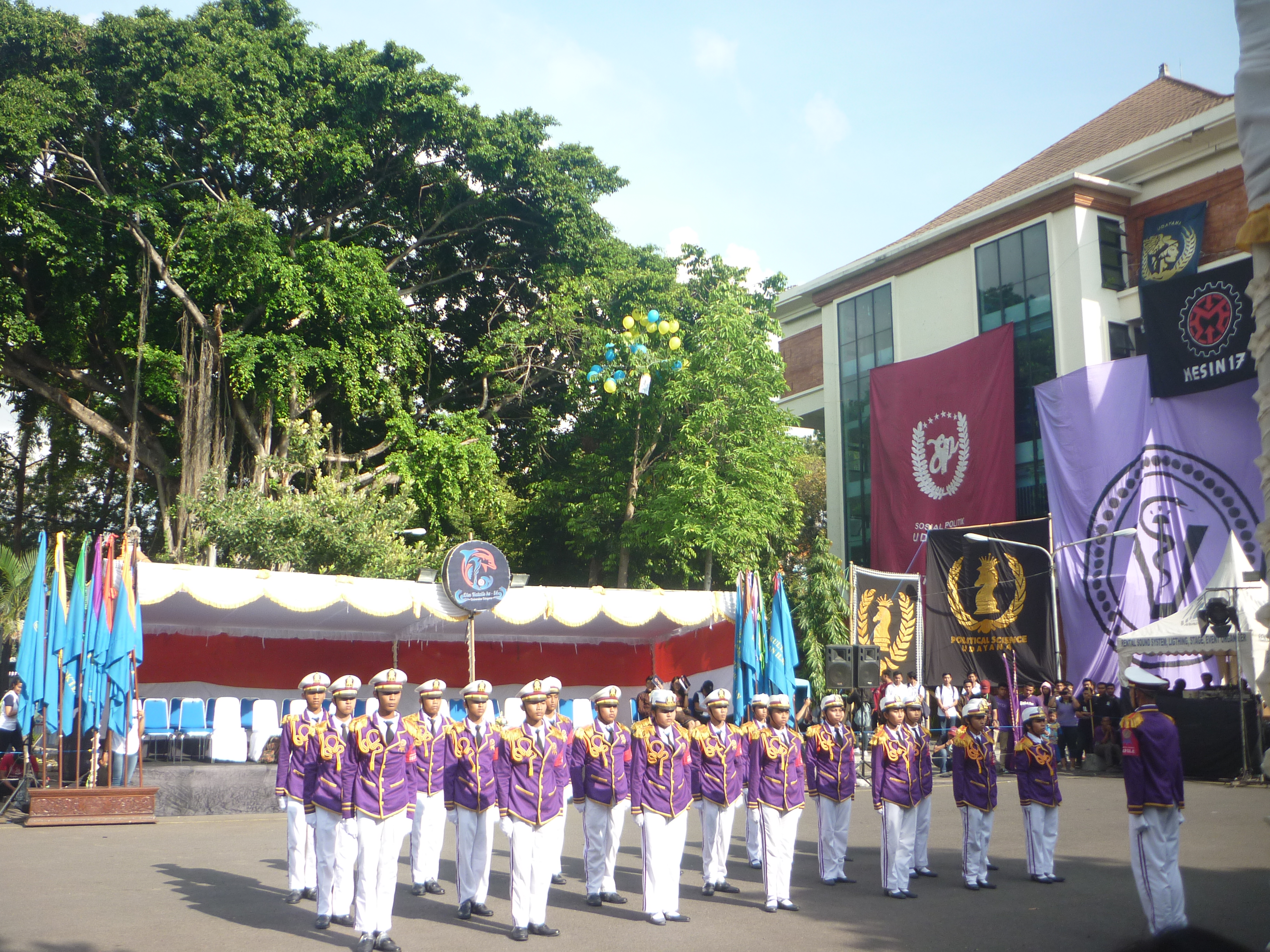 During the interview session with the chief executive of the activity, he explained that the theme of this year's Udayana Fair was based on the hope that it could bring the spirit to feel Udayana in the “Gelora Raya Udayana” phrase and also the enthusiasm to bring Udayana even better in the clause “Gelorakan Semangat Udayana”. In addition, he hopes that the series of Udayana University Anniversary activities attended by students from the 13 faculties in Udayana University this year could run smoothly and all faculties could lower their own ego in order to feel the joy of the celebration.

Until this news was revealed, the Udayana Fair was still underway. (pratama)