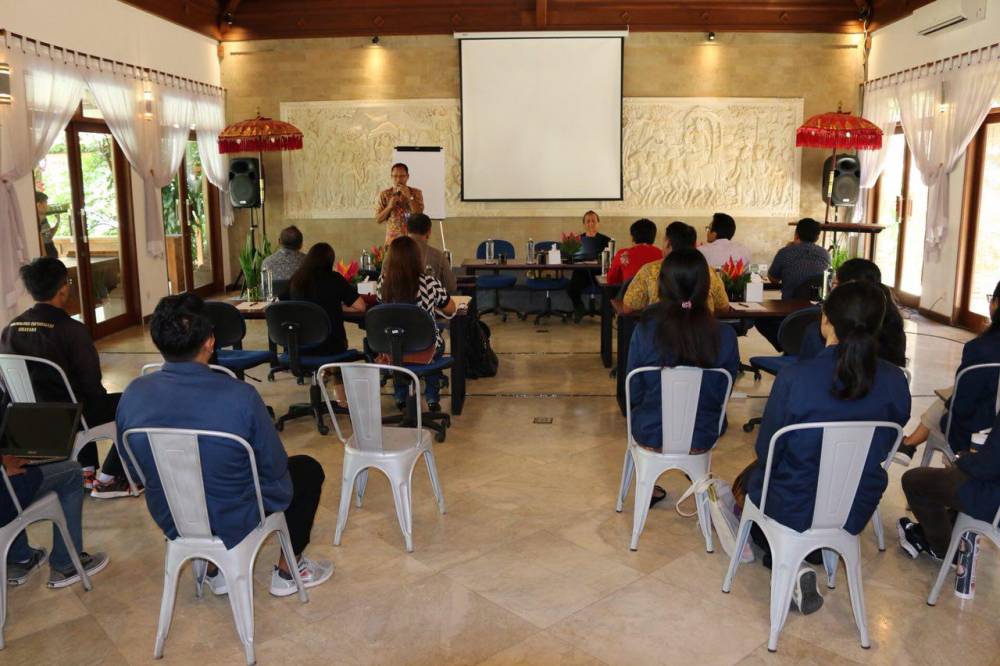 The Head of the Student Affairs Bureau of the Udayana University, I Dewa Gede Oka, SE said that in the 2018 PIMNAS event it is hoped that the three proposals submitted can pass, through this consolidation, it is expected to achieve achievements and become champions, even though the competitors faced at the national level are not easy. The achievements achieved in this PIMNAS will contribute to ranking in universities both in the field of student affairs and nationally. Furthermore, the Head of Bureau explained that the management of PKM 2018 has prepared infrastructure through the establishment of the Udayana Student Creative Center (USCC) institution. Institutionally through the Chair of the USCC, a structured program related to PKM in Unud has been designed and funding side has also been prepared, including giving appreciation to students and supervisors if they are able to achieve achievements in the form of incentives.

Another effort that has been done is to encourage new students through the PKM Olympic program which is contested at the faculty level and the best three will advance to the University level and the trophies have been prepared for the winners. Another thing that is done is that from the beginning the students were introduced and socialized about the guidelines for the management of PKM at Unud during the introduction of campus life orientation for new students.

In his presentation Prof. Dr. rer. nat Sundani Nurono Suwandhi, Apt explained that students are an intellectual group and must talk about knowledge and the activities carried out must be based on their knowledge. If knowledge is not mastered, it will be difficult to compete in PIMNAS. The key is if the truth of the solution in dealing with the problem is correct, then it will be continued scientifically. In addition, the role of the companion lecturer is also very important to show the way of thinking when carrying out actions in the community which are likened to a doctor whose activities begin with diagnosing an illness through the experience and knowledge that has been obtained. If you have succeeded in the new diagnosis, find a solution based on knowledge.

To excel in PIMNAS students must be able to perform with their own characters and do not follow the character of others because it will make us weak. Prof. Sundani hopes that through this consolidation students can compete at a high level and don't give up before appearing, practice in such a way and be able to explain what has been done scientifically so that they can win the championship. (HM)