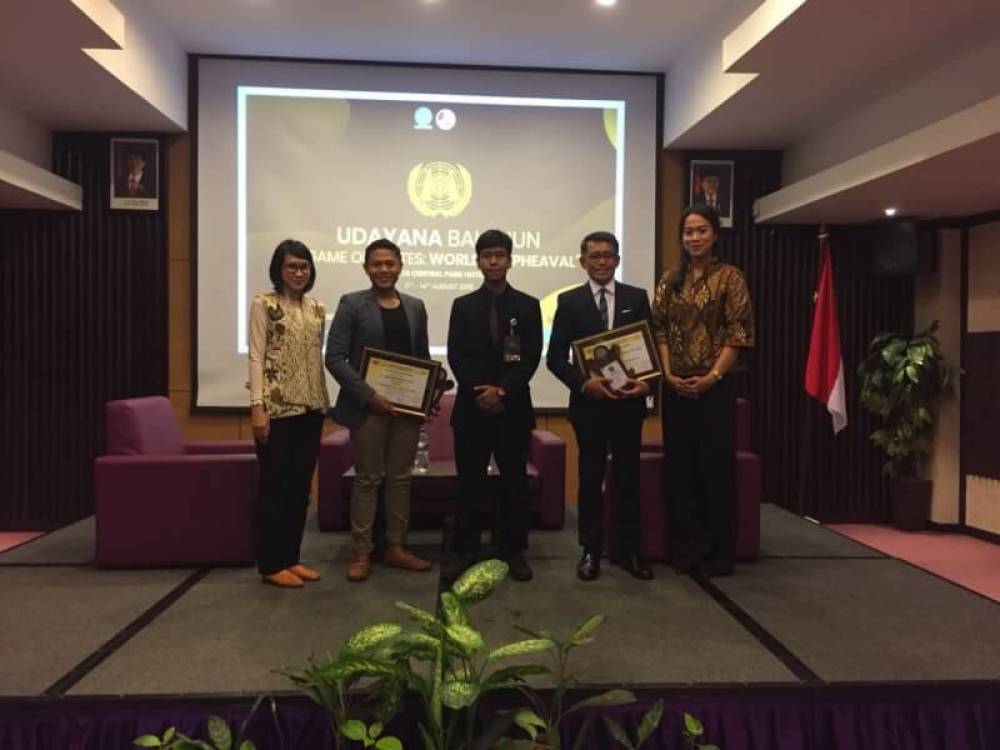 The Photo of the Speakers, Moderators, and Organizing Committees for the Activities of the Seminar Session Activities

In organizing this year's MUN, the organizing committee opened the four chambers that were held. The four chambers include the United Nations General Assembly (UNGA), the Disarmament and International Security Committee (DISEC), the North Atlantic Treaty Organization (NATO), and the Warsaw Pact.

Besides organizing the MUN series, KOMAHI Udayana University also gave international seminars to the participants of the activity. In the series of international seminars, the executive committee invited two competent speakers to give encouragement to young people who participated in the series of activities. The first speaker was Dewa Made Juniarta Sastrawan, S.E., M.A., who was RI Extraordinary and Plenipotentiary Ambassador (LBPP) to the Kingdom of Sweden concurrently Latvia Republic 2011-2016 period. At this first speaker, moderated by A.A. Ayu Intan Prameswari, S.IP., M.Sc. while the second speaker, the organizing committee invited dr. I Made Subagiarta, S.Ked who is the Chairman of 44th Ship for South East Asian and Japanese Youth DG Program and LPDP Awardee for Havard Medical School. and the second speaker was moderated by Penny Kurnia Putri S. Sos., M.A. 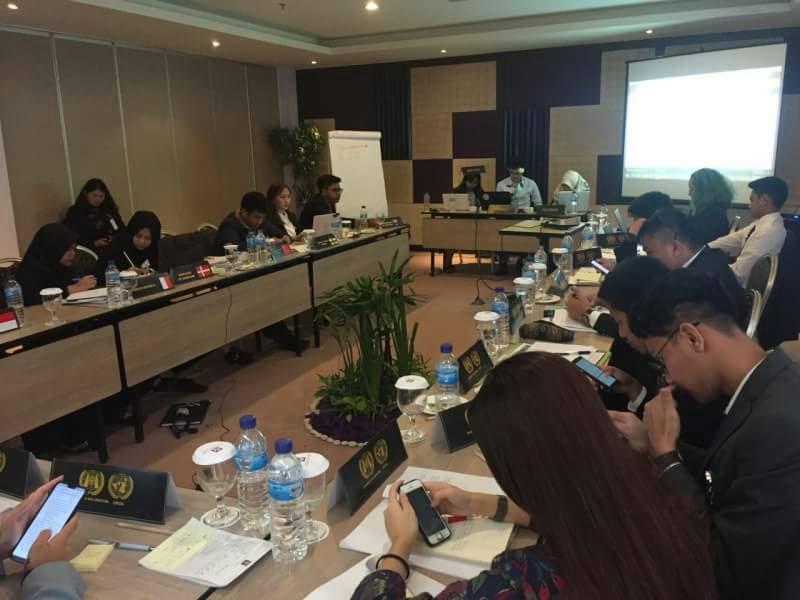 When conducting an interview with the chairman of KOMAHI, Ariska Kusuma stated that the objectives of the MUN activities held by KOMAHI were to hone the ability of the young generation to think critically, understand global issues, and hone the ability to diplomacy. In addition, Ariska also hopes that this activity will be useful not only for international students, but also for Udayana University students to exchange ideas on global issues. (Pratama)