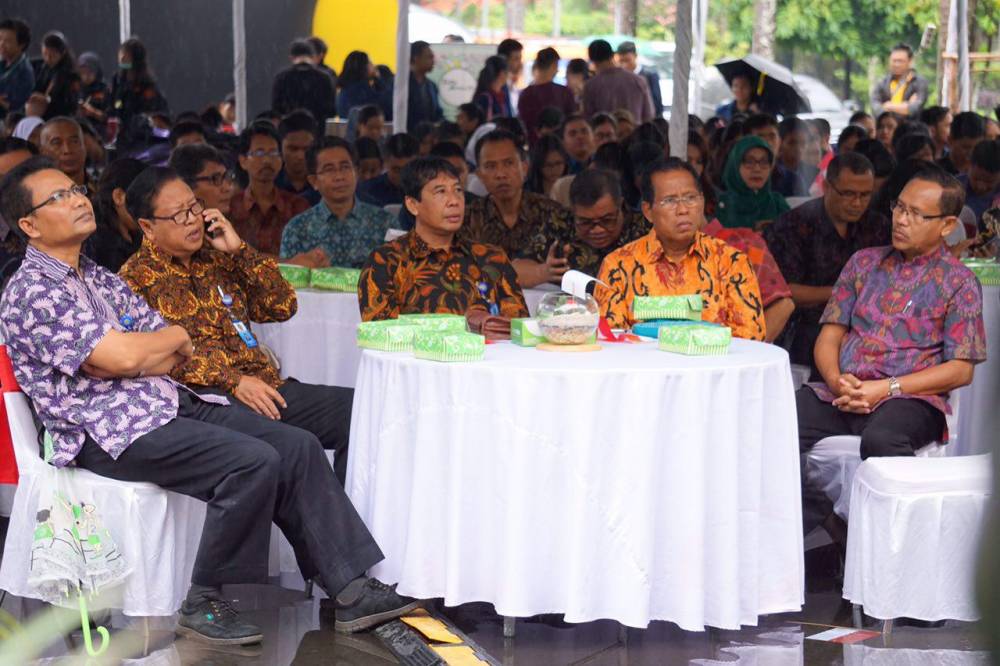 I Gusti Putu Bagus Mananda writer as Chairman of the Center for Career and Entrepreneurship Development Unud said that this activity is one of the efforts made by the university to be able to create job creators considering that as a State University (PTN) Unud is not only able to produce scholars as job seekers (seekers work) but also must be able to give birth to job creators. This is in line with the decree of the Ministry of Research, Technology and Higher Education which has targeted Unud to give birth to 117 young entrepreneurs every year. The Entrepreneurship Festival was also held in the series of the 56th Anniversary of Udayana University, and is the fifth time that has been held at the Udayana University.

The Chancellor on the occasion was represented by the Vice Chancellor for Academic Affairs, Udayana University, Prof. Dr. Ir. I Nyoman Gde Antara, M.Eng said that in 2018 Unud accepted 4,758 new students. It is hoped that new students can change their paradigm and mindset by not only studying, but also learning entrepreneurship. It is expected that all new students will also receive treatment from the beginning through coaching, so that they are not only born as prospective graduates but also become young entrepreneurs. (HM)