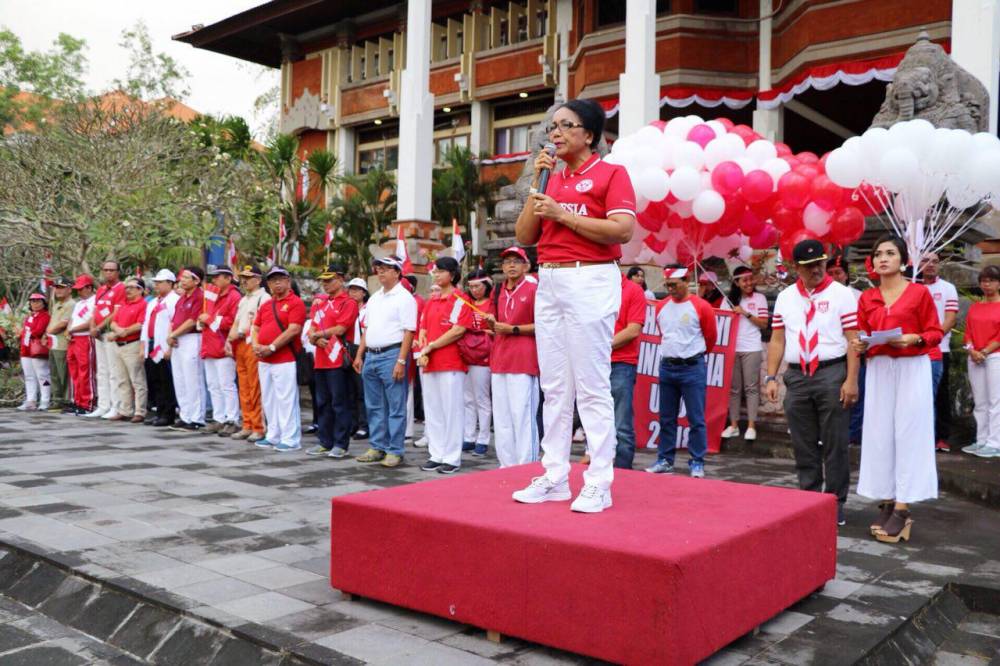 Jimbaran - Sunday, 5 August 2018, Udayana University held "Harmoni Indonesia 2018" at the Unud Campus Rector Building, Jimbaran. The first time this event was held was the idea of ​​President Joko Widodo organized by the Ministry of Research, Technology and Higher Education of the Republic of Indonesia involving all state and private universities in 34 provinces.

One of the gathering points for organizing this activity in Bali is at Udayana University. With a cloudy atmosphere, thousands of participants consisted of academics, elements of the police, government agencies and representatives of universities throughout Bali enlivened the event. Chancellor of Unud, Prof. Dr. dr. A A. Raka Sudewi, Sp. S (K) explained the purpose of organizing this activity in order to knit and strengthen nationality, to succeed in the 2018 Asian Games and to welcome Indonesia's 73rd Independence Day.

The program began with the spread of the 100-meter Red and White Flag in the courtyard of the Rector's Building, and the release of the red and white balloon into the air. The highlight of the event was continued in the Widya Sabha Auditorium Building which was filled with live streaming shows singing simultaneously the national anthem and struggle songs. In this opportunity, the Indonesian Harmony harmony was also announced, namely Salam Pancasila ... I am Indonesia, I am Pancasila, NKRI Price Mati. The event was also enlivened by the Medical Faculty Band Appearance, Poetry Reading by Prof. Wimpie Pangkahila from FK, Regional Clothing Parade and Poetry Musicalisation by Udayana University's Imu Culture Faculty students. (HM) 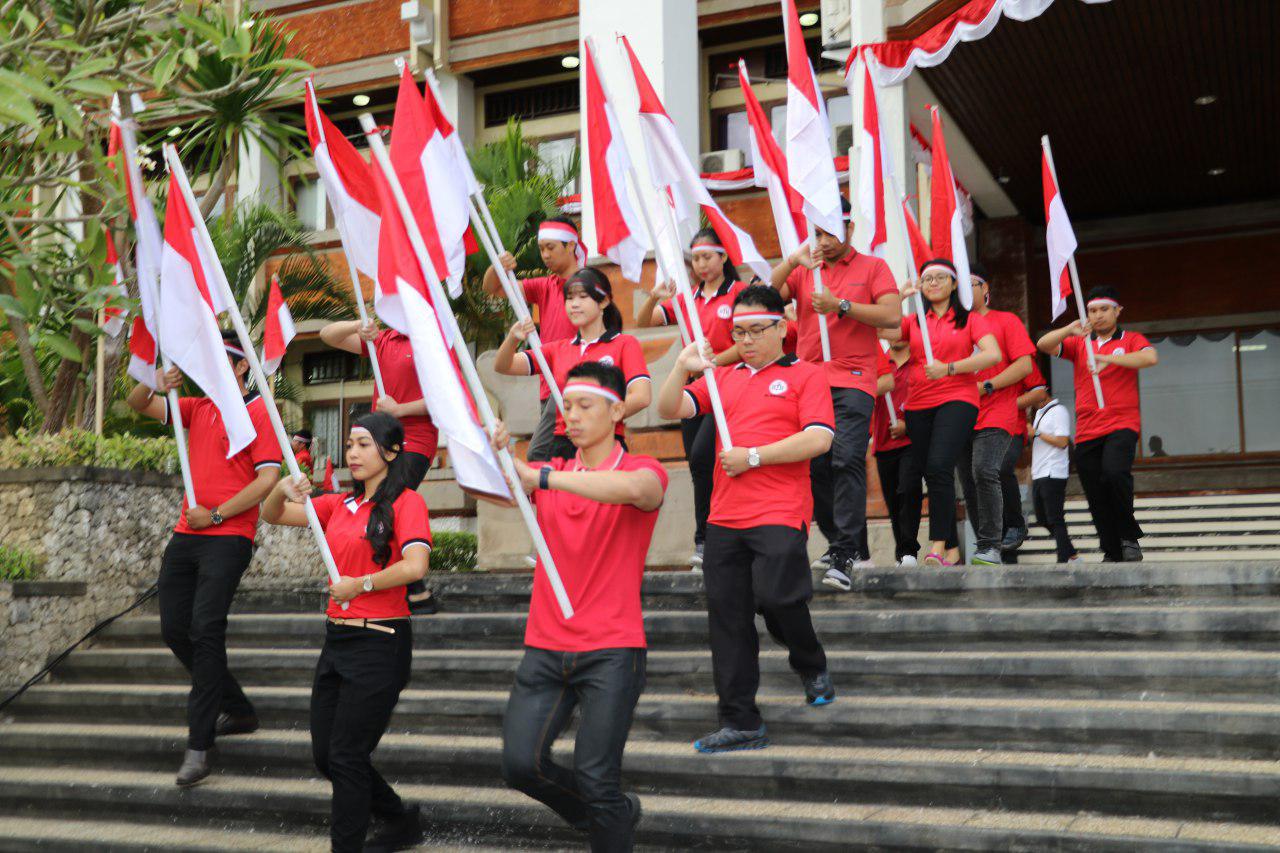 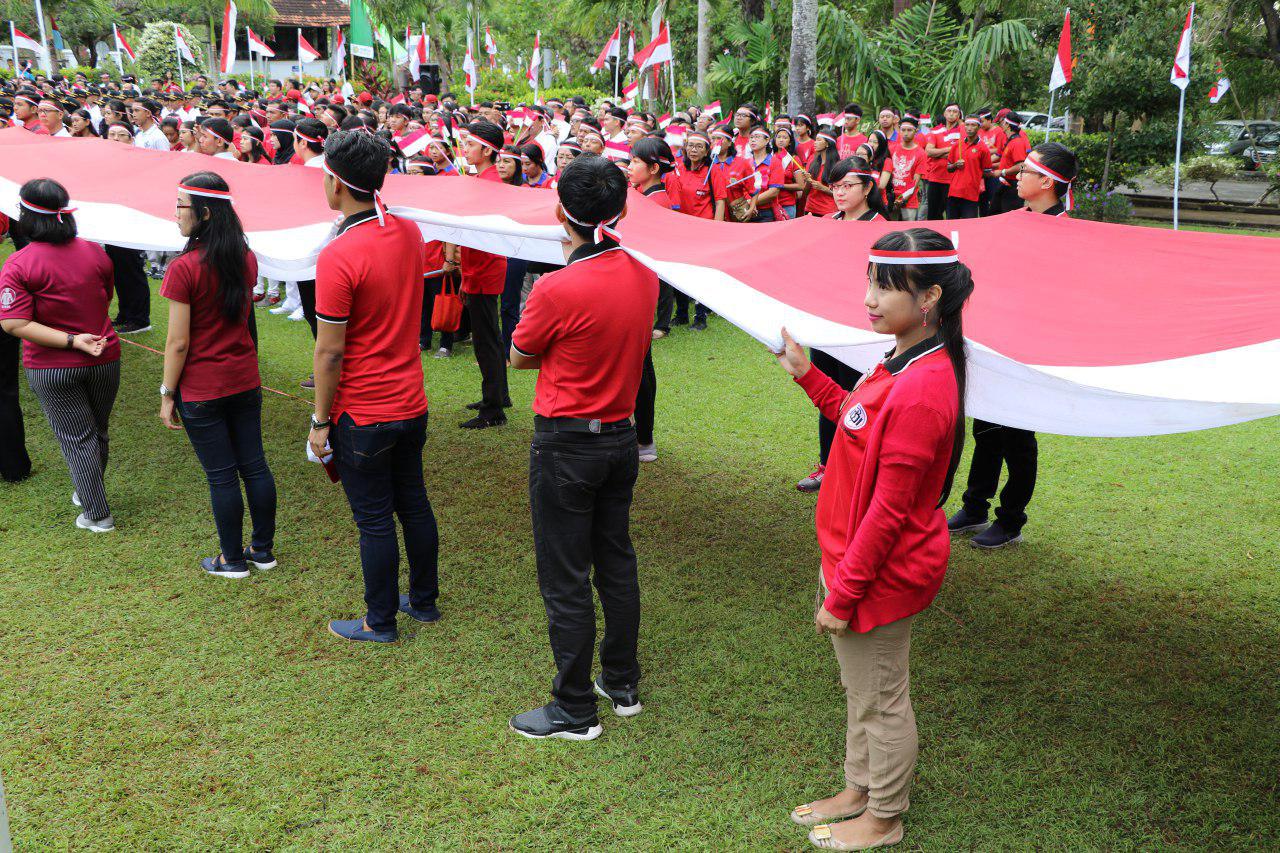 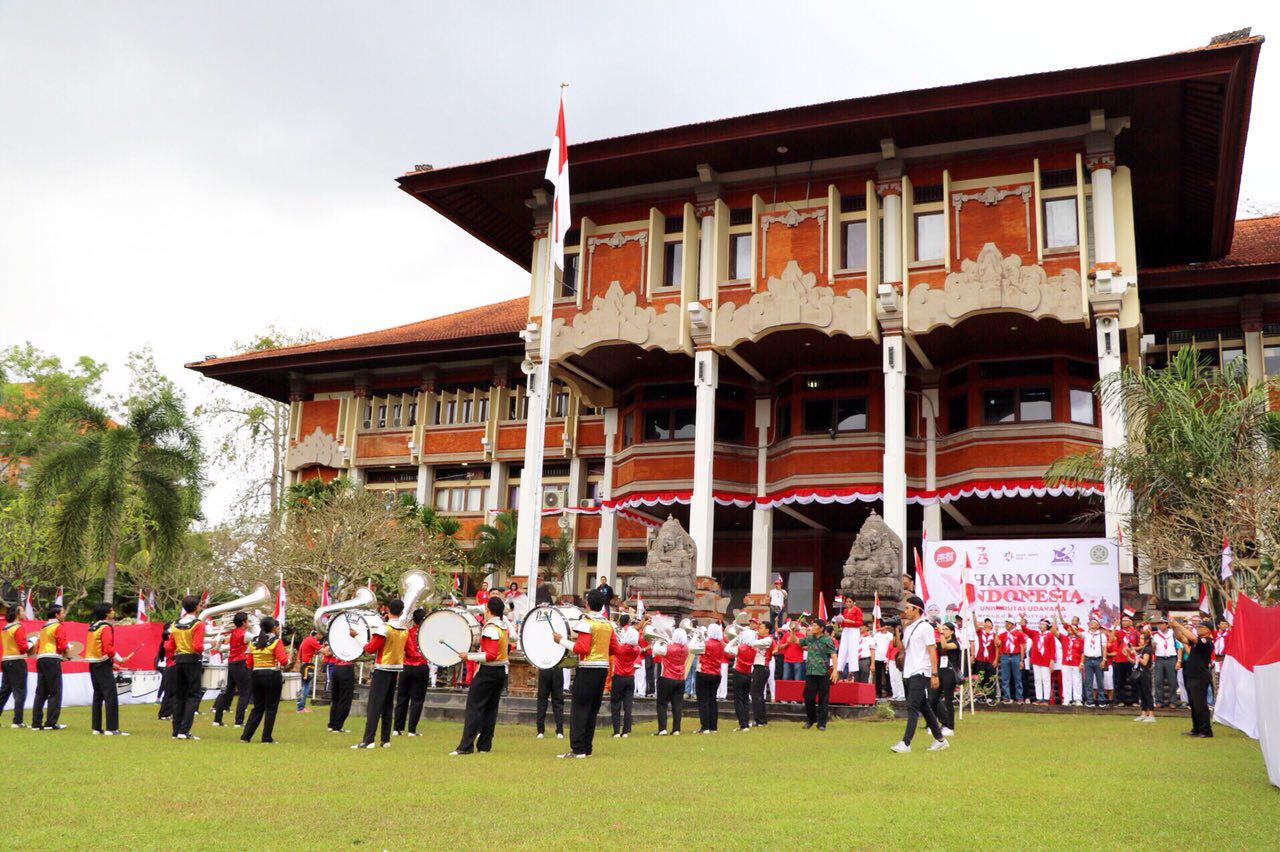 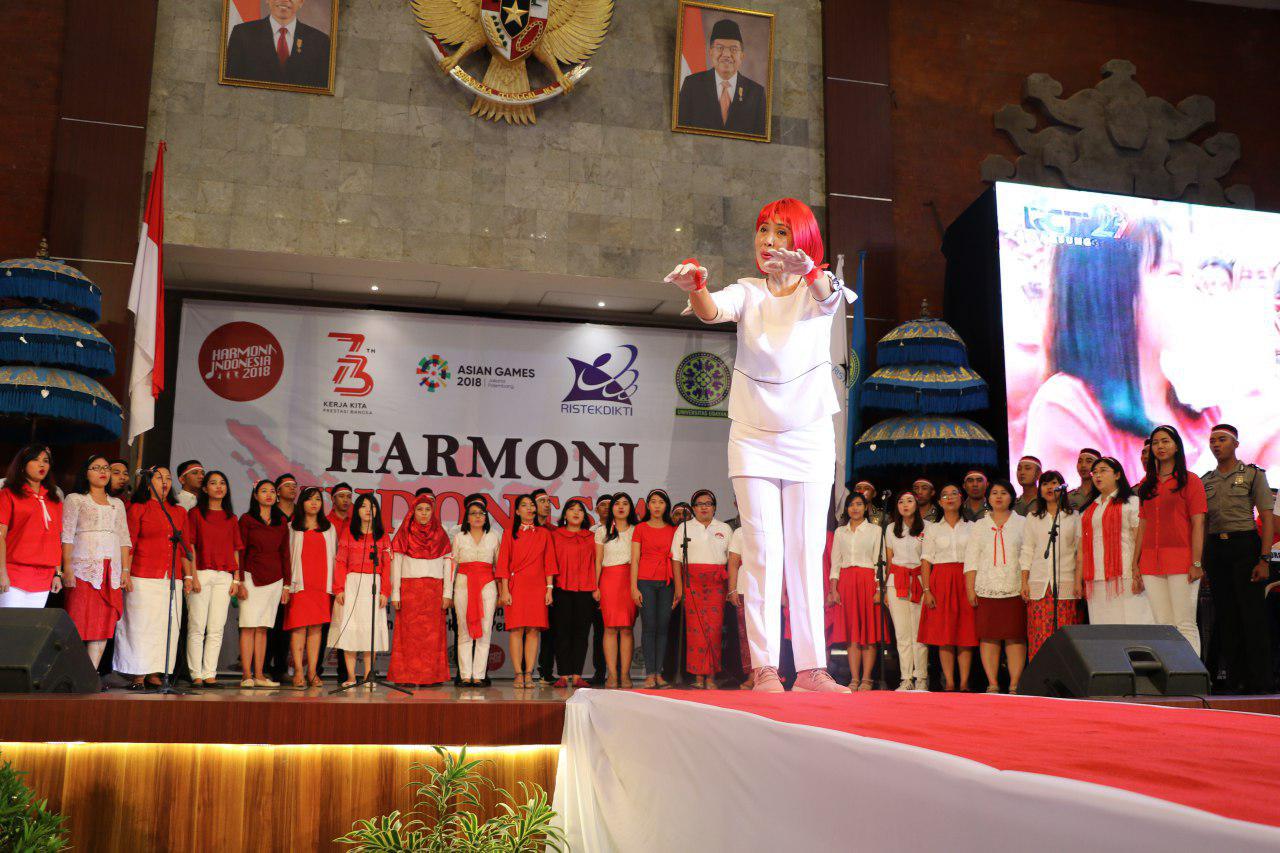 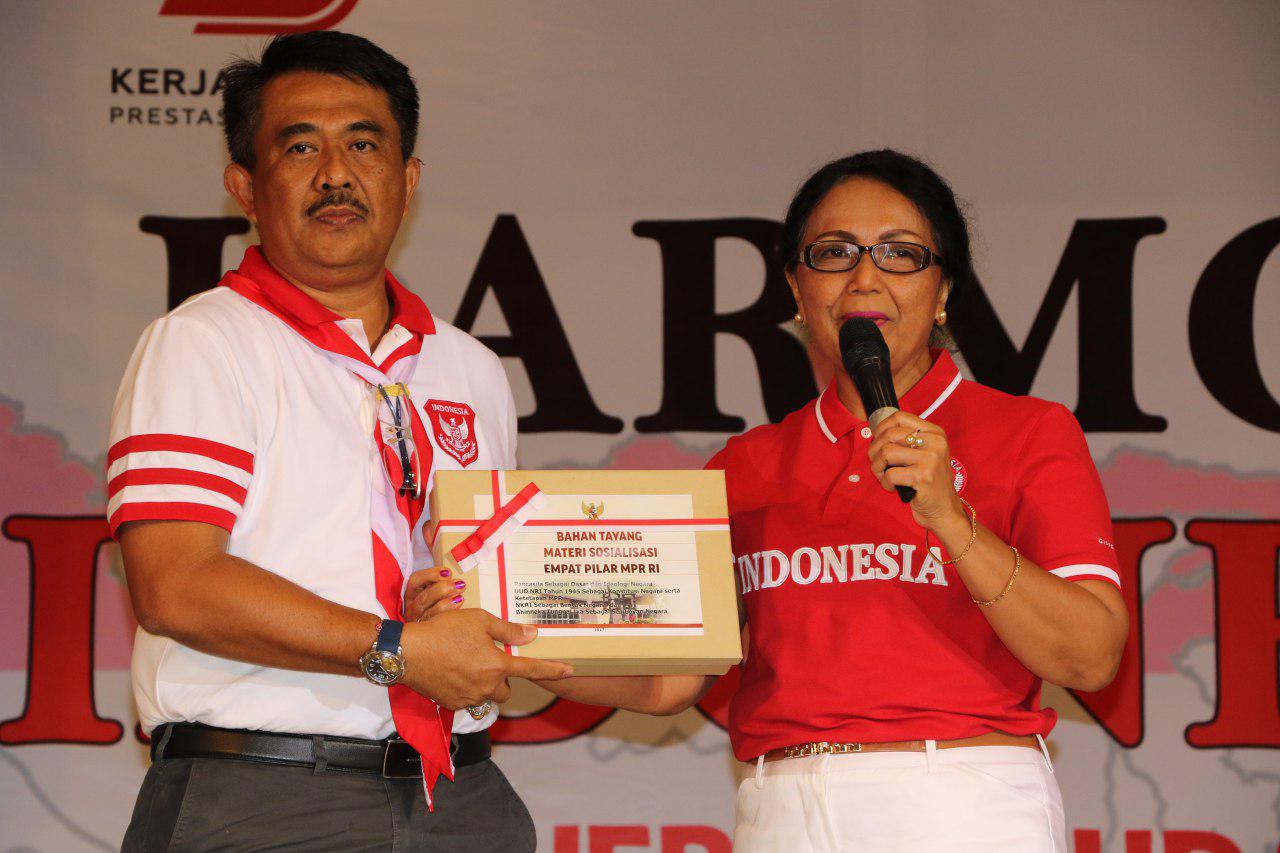 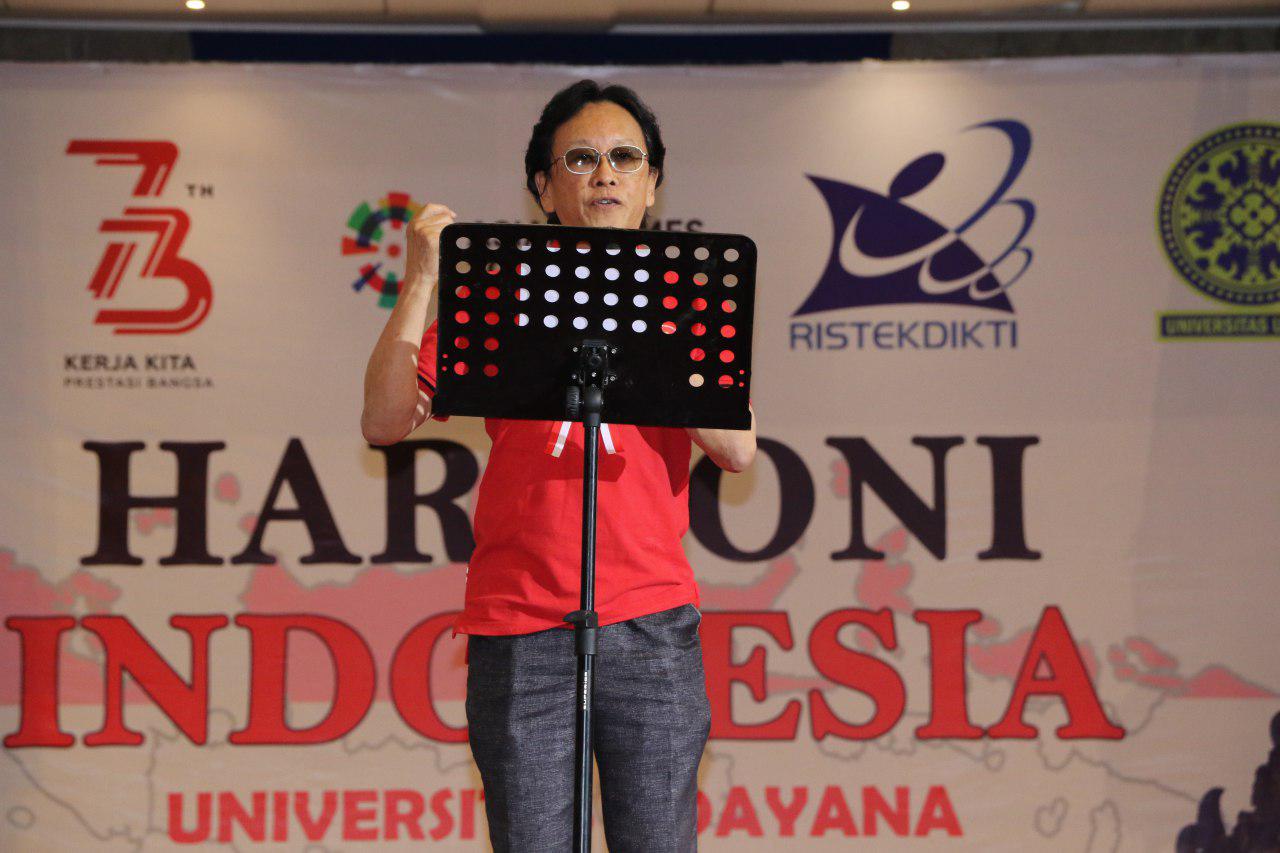 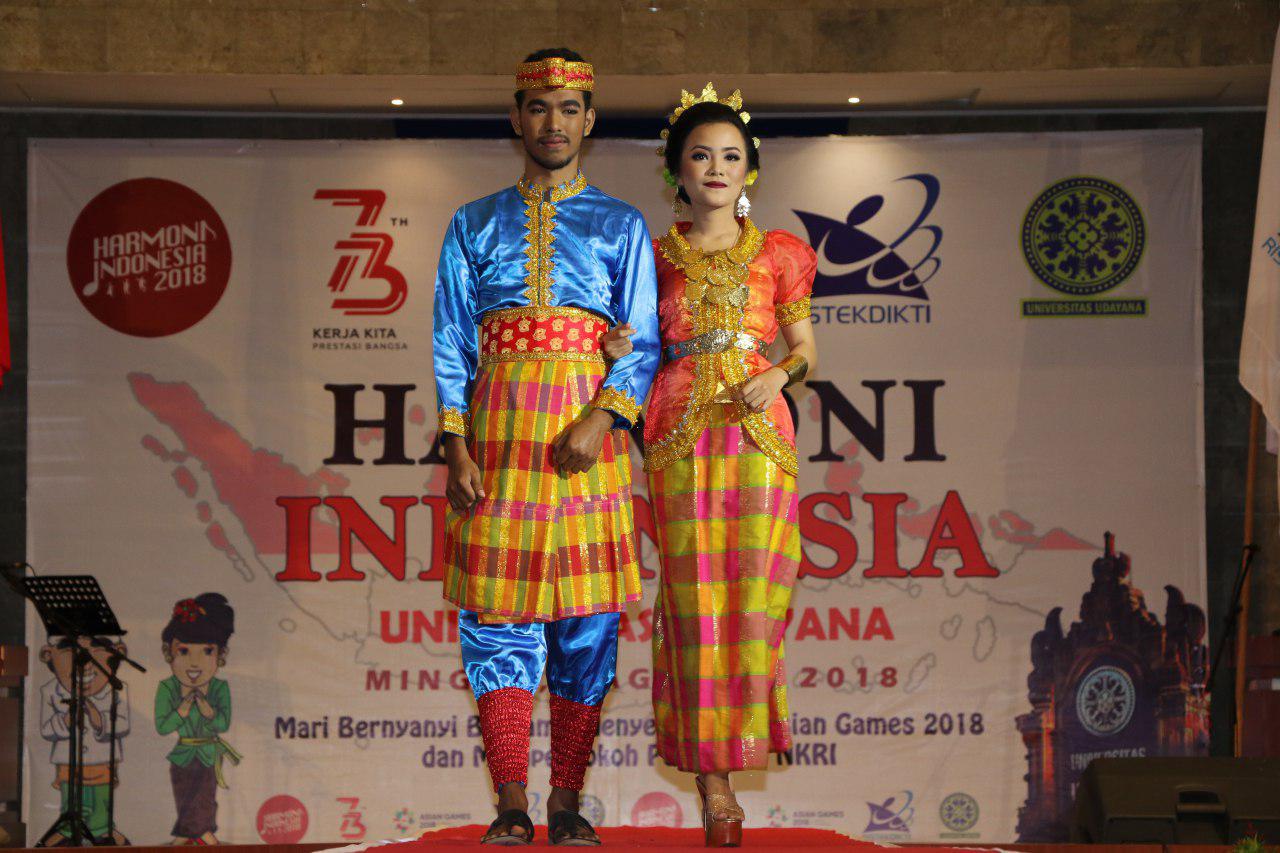 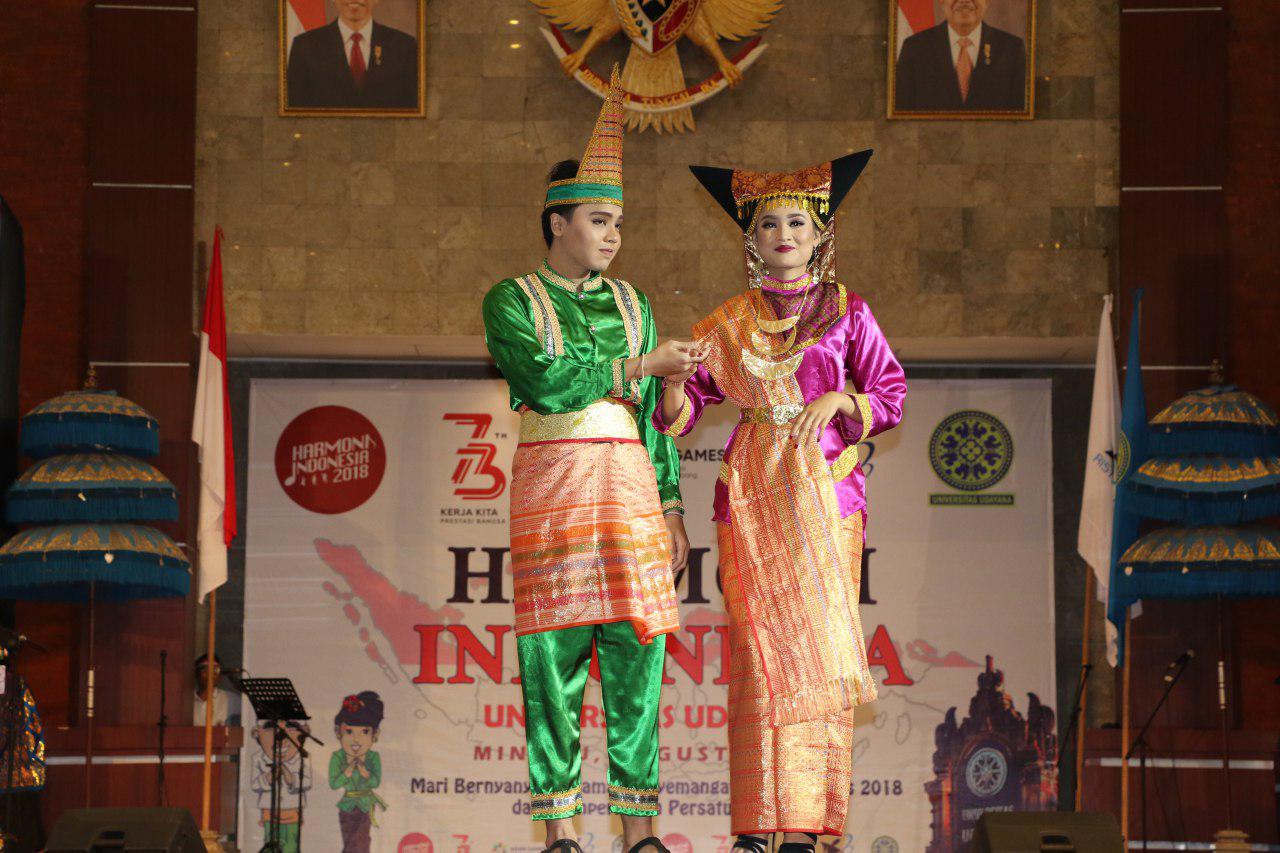