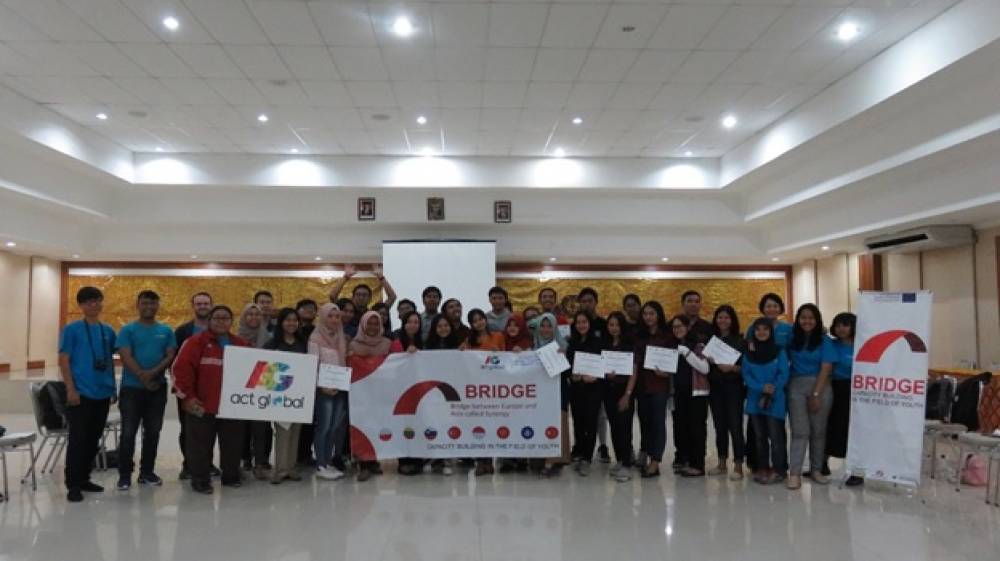 Carrying the theme "Business Plan Training for Young Entrepreneurs", Annisa Fauziah A. R. revealed "This activity aims to find out how to put ideas into writing so that it becomes a business plan that can be an action plan, road map, and sales tool for young beginner entrepreneurs".

"This event is open to anyone, especially young people who want to learn about business. This program has been planned for about two months ago." Said Annisa, a student from the Indonesian Literature study program.

Aini, the Director of Act Global Indonesia explained, Act Global is an international non-profit organization established in 2012. This organization focuses on three areas, namely youth empowerment, poverty eradication and social cohesion. Basically, Act Global has a goal in the field of peace, by developing culture between countries.

"Our program involves a lot of youths, so far we have collaborated with approximately 40 countries in the world, through youth exchange programs in both social and cultural fields. We are currently collaborating with Udayana Young Entrepreneur Community from Unud with the theme of entrepreneurship. Through our programs, we provide opportunities for youth to study non-formally both at home and abroad." said Anini.

Annisa Fauziah A. R., Indah Setiya Alam from the Faculty of Cultural Sciences and Krisna Darma Putridari Faculty of Economics and Business have participated in a training program in Turkey in the "Bridge between Europe and Asia Called Synergy" project in April. The international training that was attended by three students from the Udayana University produced fruitful training in the form of this local training. (Ism)