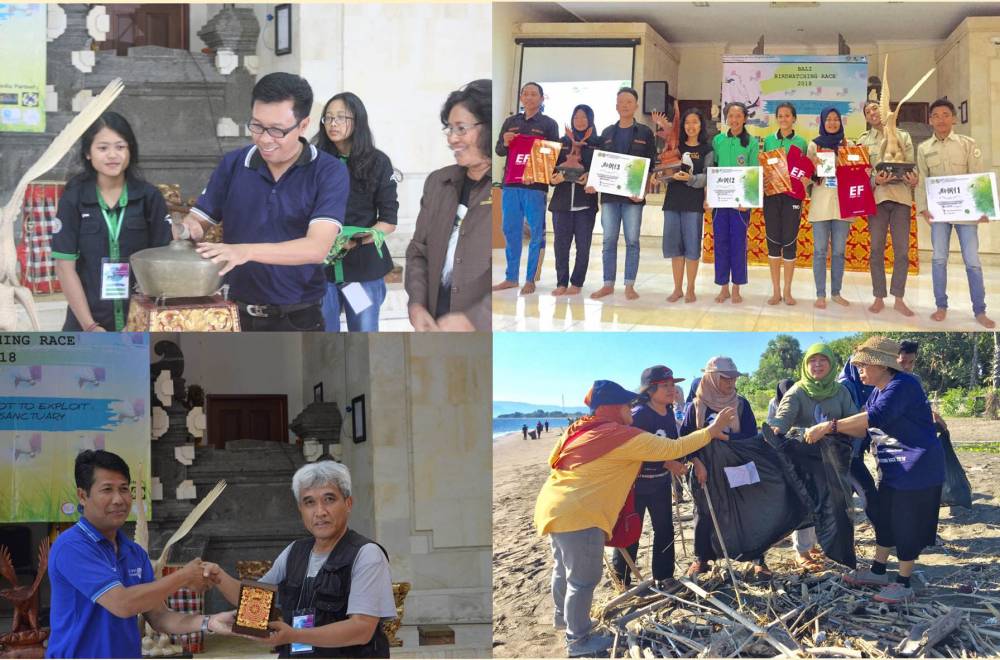 Some Photos in the National Bird Observation Contest  2018

Student Association of Department of Biology FMIPA Udayana University in cooperation with West Bali National Park Association held a National Bird Observation Contest Bali bird-watching Race (BBR) 2018 on 4th-6th May 2018 in West Bali National Park. The National Competition was officially opened by the Head of TNBB, Drh. Agus Ngurah Krisna, MSi. In his speech, he expressed his warm greeting and fully supports the collaboration between TNBB Association and Udayana University, which will soon be formalized in the form of Memorandum of Understanding and Cooperation Agreement.

According to the head of Biology Department of FMIPA Udayana University, Dr. I Ketut Ginantra, S.Pd., MSi., this bird observation contest is the annual agenda of HIMABIO FMIPA UNUD, which was first held in 2003. Since then BBR has been conducted in various areas in Bali. In 2018, BBR in West Bali National Park raised the theme "to Explore, Not to Exploit: Bali Bird Sanctuary".

Santi Ayuning Tyas, as Chief Executive of BBR 2018 said that the contest was joined by 44 teams, from junior high school to university level and among the general public. Demographically, the National Bird Observation Contest was joined by participants from Sulawesi, Java, Bali and Nusa Tenggara. Winners of the National Bird Observation Contest are:

The BBR 2018 winner got a trophy from Frank Williams Museum of the Bird Sculpture of Udayana University, a certificate of winner, cash, and prizes from Burung Indonesia, Rangkong Indonesia and English First. The assessment component includes the number of bird species encountered following the site of encounter and activity when discovered, the discovery of key species, bird sketches and general knowledge of birds (ornithology).

BBR event in West Bali National Park is also coupled with community service event, in the form of Beach Clean Up event in the coastal area Cekik TNBB, which was followed by about 250 people; they were big family of Biology Department of FMIPA Udayana University, the participants of the contest and staff of the National Park. (kezia)