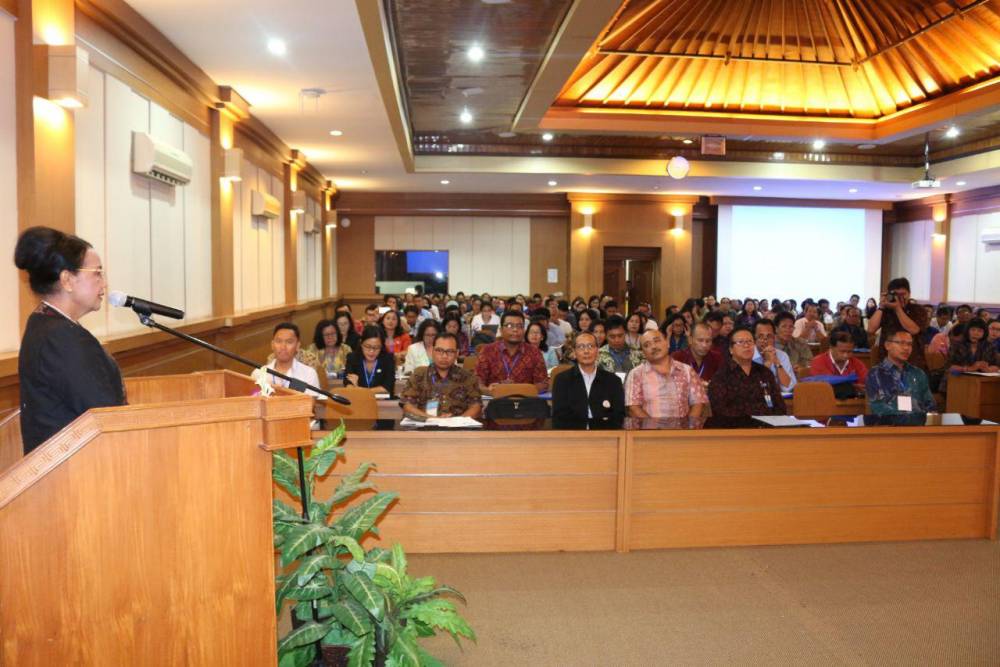 Head of Student Affairs Bureau, I Dewa Gde Oka, SE stated that the Student Creativity Program (PKM) launched by Dikti INI is an integration and simultaneously the metamorphosis of various types of student competition in the field of reasoning or existing scientific work. PKM is an activity that leads to the National Student Scientific Week (PIMNAS). In realizing the desire of Unud to take part in the event PIMNAS, it is necessary to prepare a supervisor who can assist students, therefore through this TOT supervisor is expected to motivate, inspire and direct students and provide guidance in the preparation of proposals so as to improve the quality and number of PKM Proposals generated Udayana University students.

Rector of Unud, Prof. Dr. Dr. A.A. Raka Sudewi, Sp.S (K) said that TOT which has been implemented in three phases has involved more than 600 lecturers. This activity is a follow-up of the results of performance evaluation that has been done related to college ranking. One of the important indicators contributing to improving rank is the field of student affairs. For the year 2018 is targeted to increase 10%, and is expected to boost the rank of Unud in the national arena. The Rector further stated that TOT is also one of the efforts to support the achievement of the Rector's performance contract target with the Minister that has been signed earlier. Rector hoped that through this TOT will be increasing the innovation program from Udayana University students. (HM)