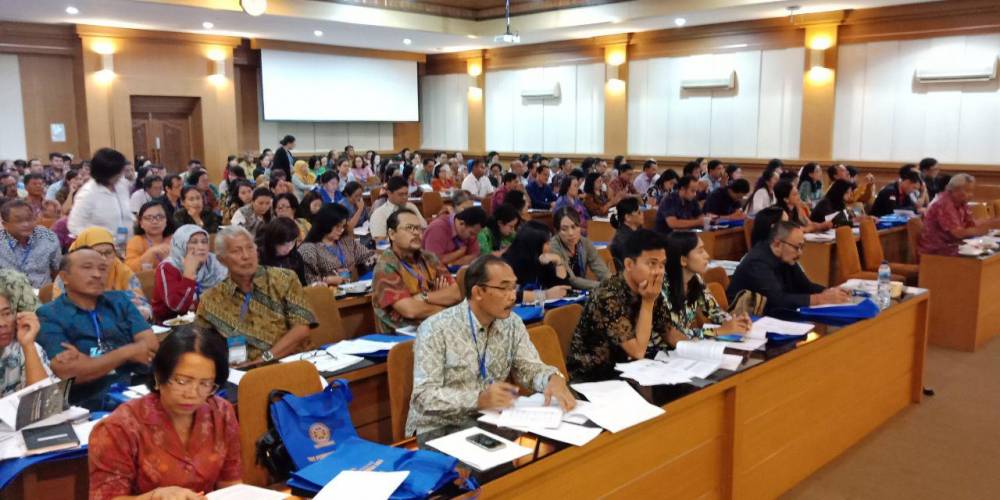 Head of Student Affairs Bureau of Udayana University, I Dewa Gede Oka, SE as Chairman of the Committee said that the number of participants who follow TOT Phase II is 204 people, increased from TOT Phase I with 169 participants and 145 people. TOT Phase II was held for two days (27-28 April 2018) beginning with Pre Test on the first day and Post Test on the second day. The material presented in this TOT include PKM Development Strategy at Udayana University and Introduction of PKM and PKM Victory Strategy.

Through this TOT is expected Supervisors can motivate, inspire and direct students to the appearance of creative ideas and guide students while preparing proposals and implementation of PKM activities, thus increasing the number of proposals proposed PKM uploaded and funded which ultimately gives impact on improving the rank of Student Affairs Udayana University nationally.

Vice Rector for Student Affairs Unud, Prof. Dr. Ir. I Made Sudarma, MS hopes that the number of Lecturers who graduated in this TOT is also increasing, seeing the increasing number of participants who follow this second phase of TOT. In the future, Supervisor Advisor is expected to be more enthusiastic in guiding PKM so that many PKM get away and get fund from Dikti. (HM)