INCREASE THE AMOUNT OF PROPOSALS, BUREAU OF TRAINING OF TRAINER'S TRAINER SCHOOLING LIFE ' 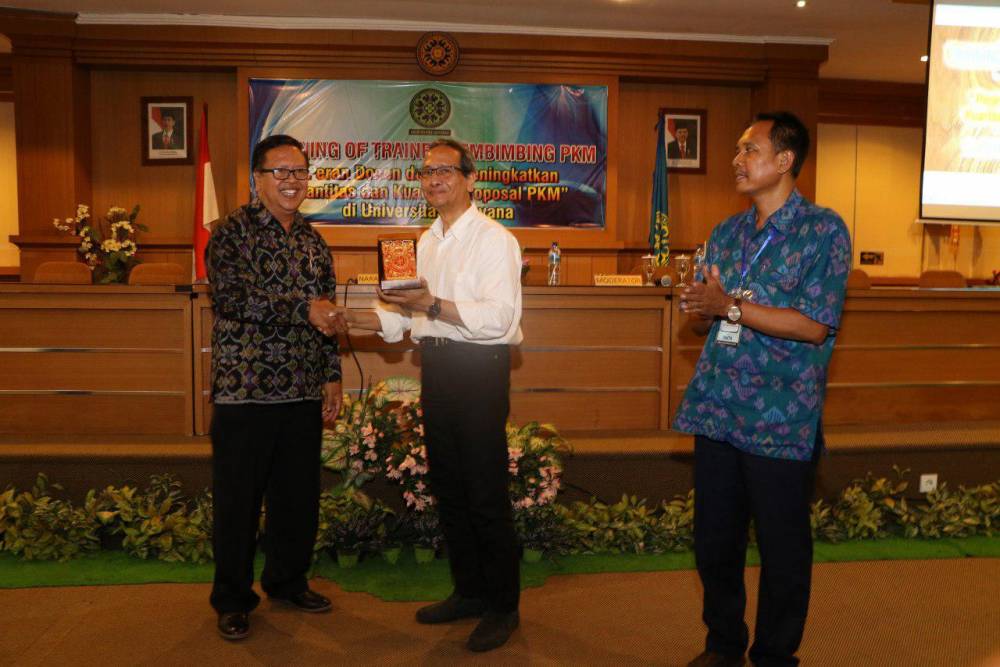 Denpasar - Tuesday (17/4/2018), Student Affairs Bureau of Udayana University hold Training of Trainer (TOT) of Student Creativity Program (PKC) in Postgraduate Building of Unud. TOT is participated by around 200 participants aimed at improving creative, innovative, solutive and independent academic climate, and to improve the quality of students to become members of the community who have academic and professional skills in applying and developing knowledge, technology and art. TOT participants are not only from Udayana University but also from Warmadewa University, ISI Denpasar, Dwijendra University and UNHI.

(I Dewa Gede Oka, Chairman of the Committee when delivering the ToT implementation report)

I Dewa Gede Oka, as Chairman of the Committee conveyed PKM was launched by the Directorate General of Higher Education in 2001 which is the integration and metamorphosis of various types of student competition in the scientific field. PKM is an activity that leads to national level that is National Student Scientific Week (Pimnas) which aims to be able to work in national level, for that is needed by supervisor and through this activity conducted by TOT for supervisor with theme "Role of Lecturer in Increasing Quantity and Quality of Proposal PKM at Udayana University.

The material presented in the TOT regarding the policy, the introduction of PKM and the strategy of winning PKM, the management and the procedure of uploading the proposal online. TOT PKM will be implemented in three stages. The expected outputs are the increasing number of submitted proposals, the increasing number of proposals funded by Belmawa and the number of students who passed PIMNAS. With the achievements obtained through Pimnas is expected to improve the rank of Unud in the field of national student affairs.

TOT was opened by Vice Rector for Student Affairs, Prof. Dr. Ir. I Made Sudarma, MS hoping that through this activity can improve the quality of graduates through PKM vehicle. Universities have also sought to prepare budgets to support such activities. This is also to support the achievement of Rector performance contract with the Minister. Future PKM schemes will also be developed to improve student soft skills. 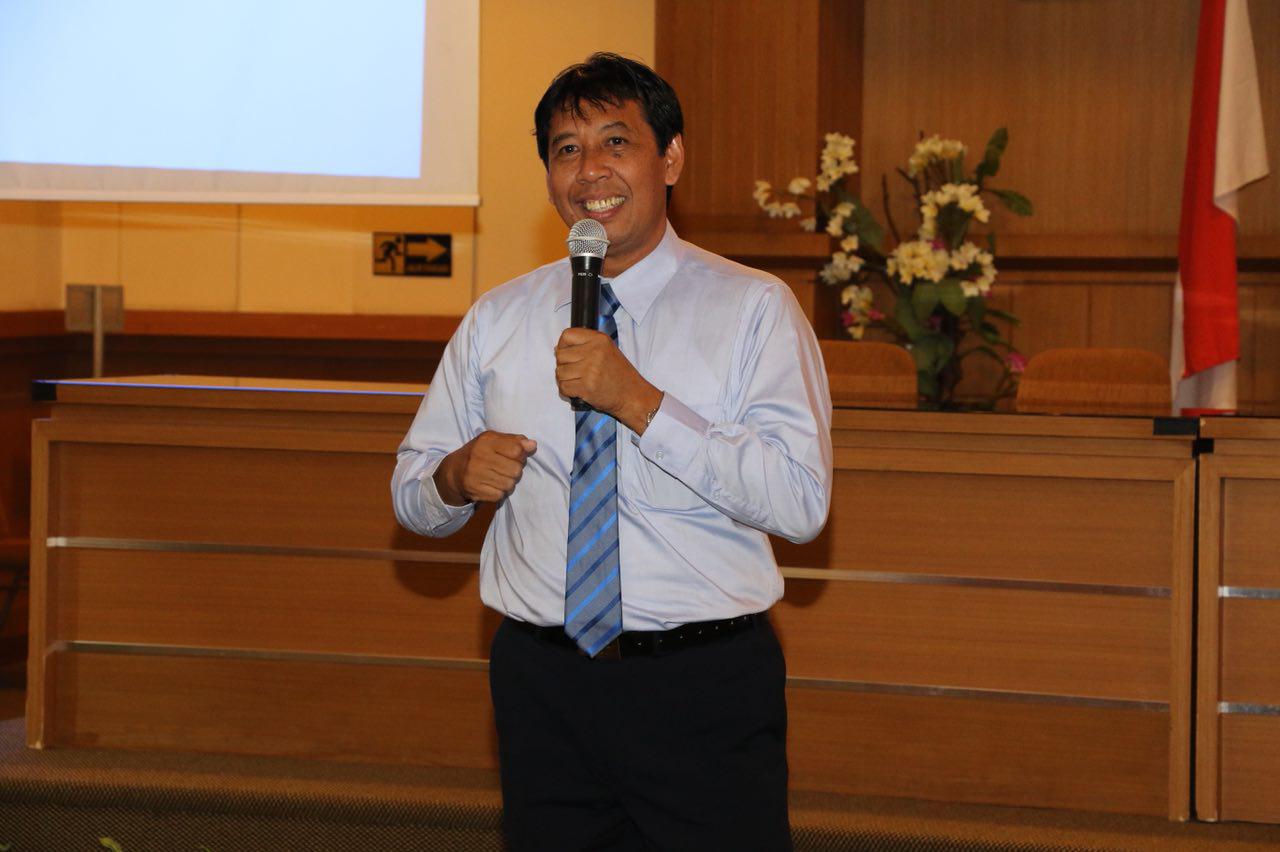 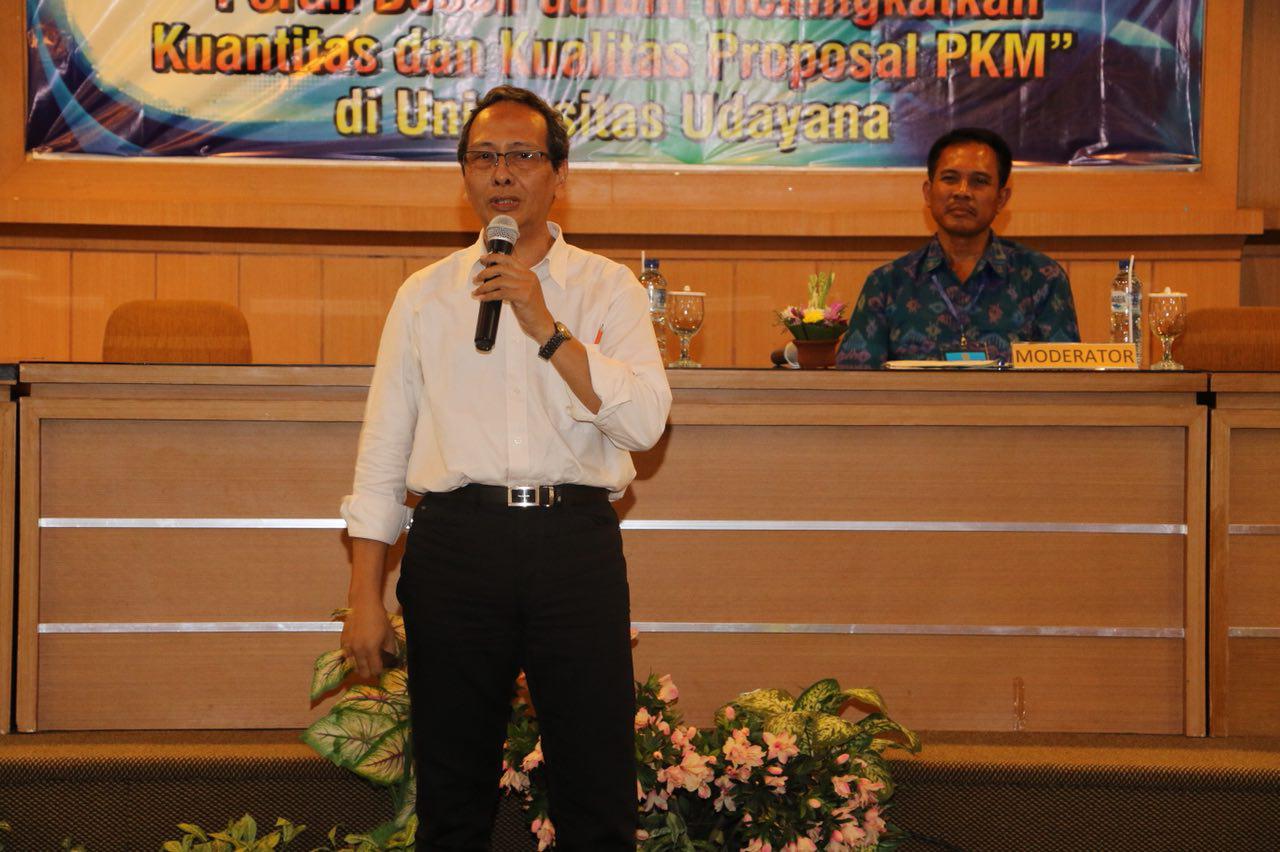 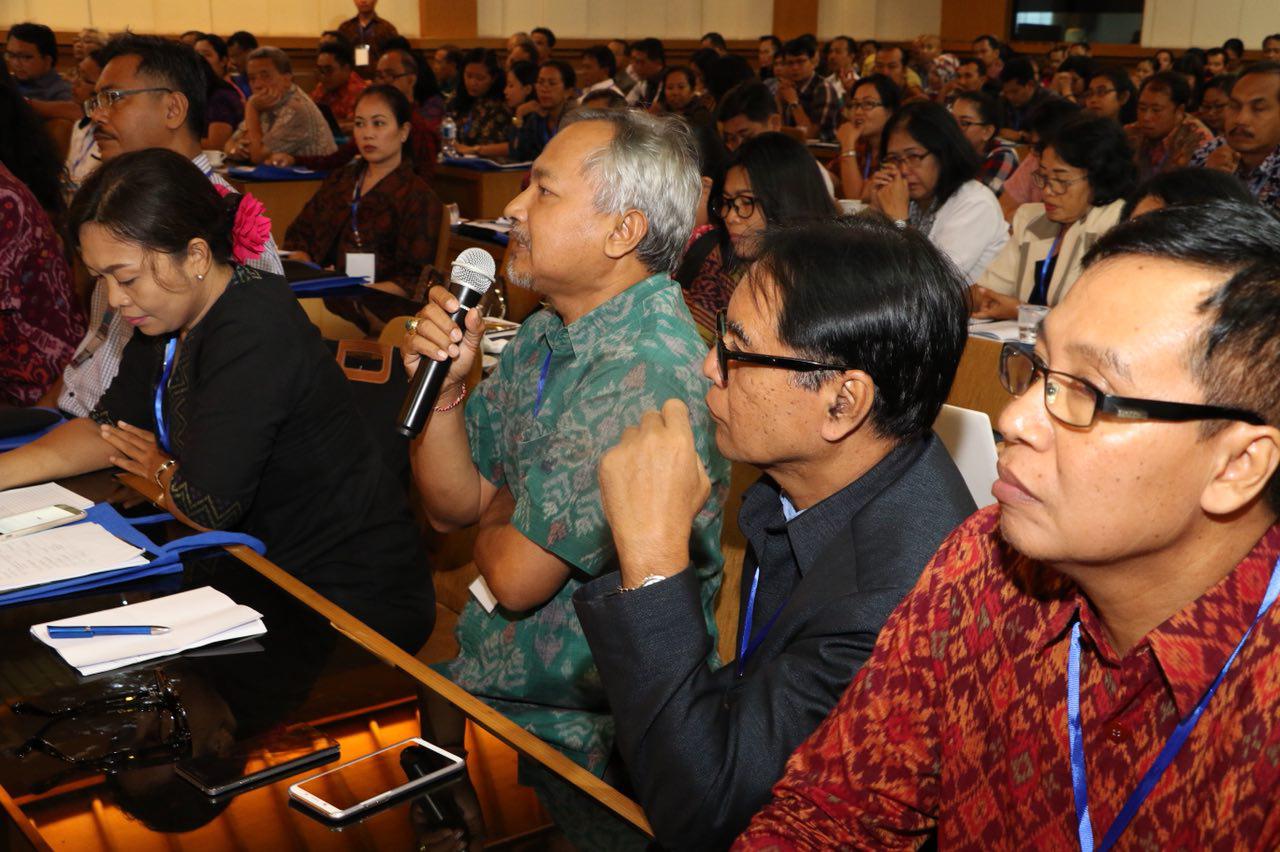 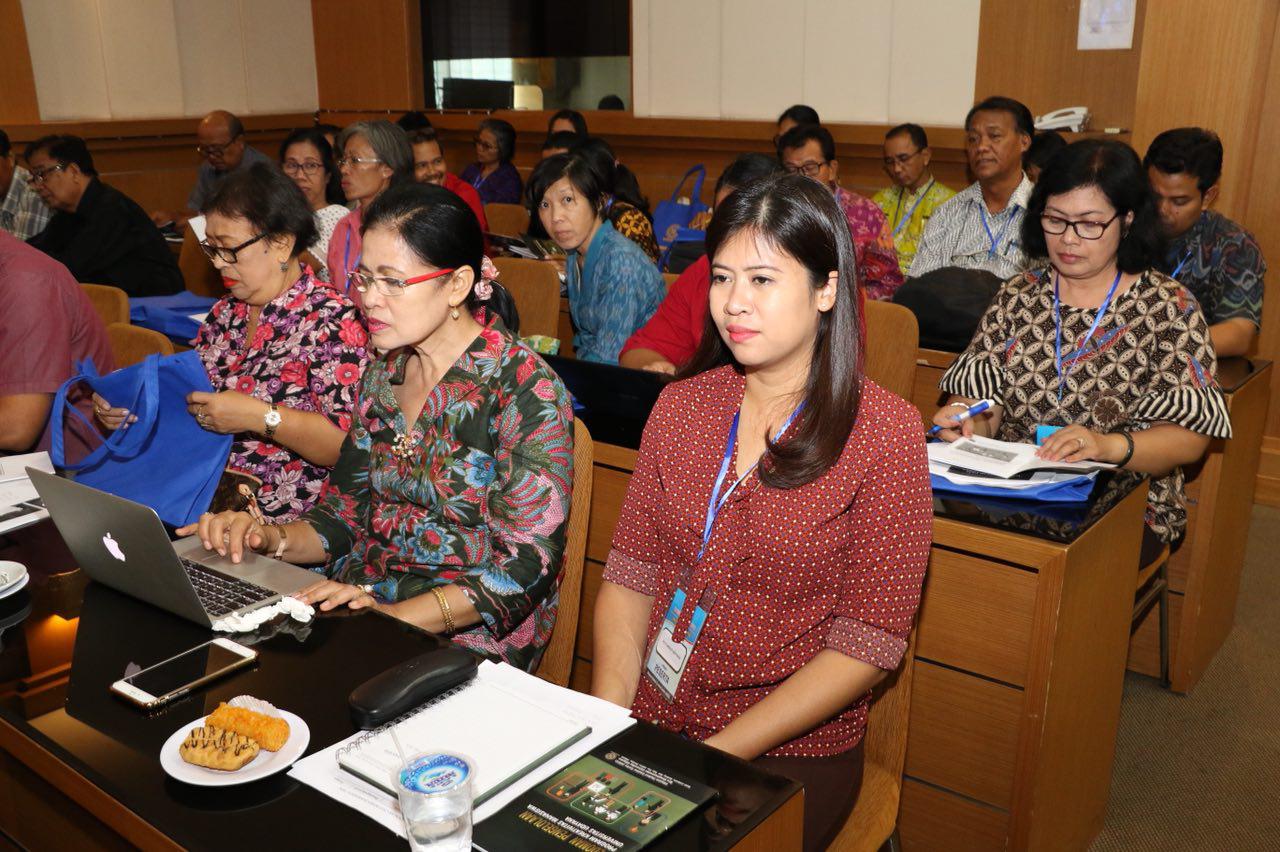