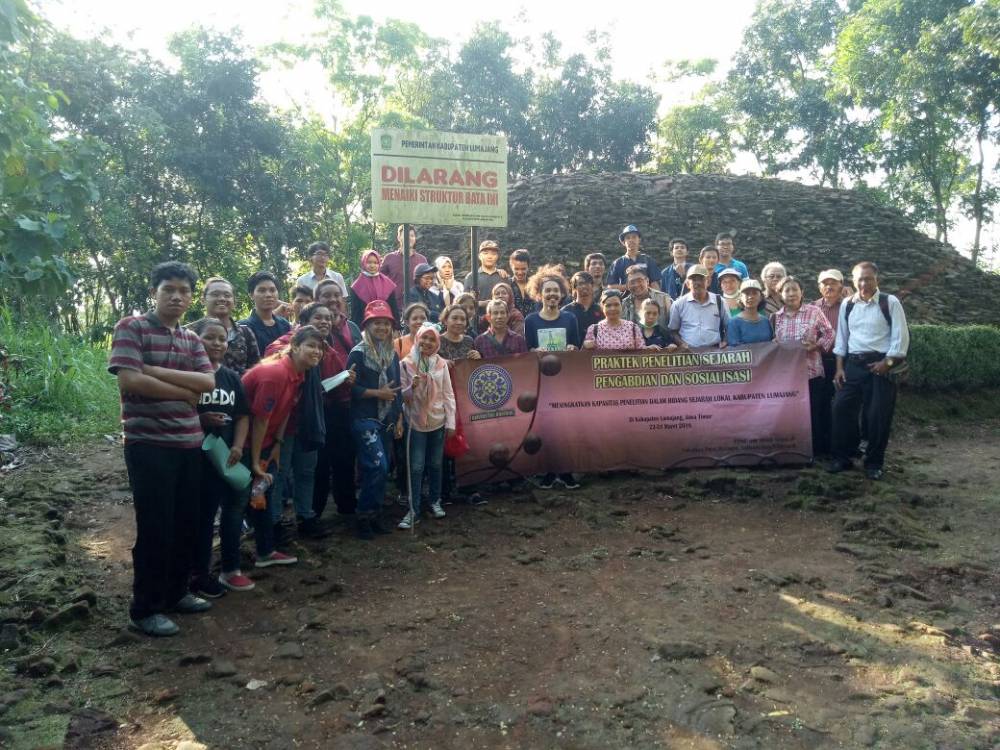 The Visiting of History Study Program of Udayana in Situs Biting, Lumajang

Lumajang - Thursday (22/03), History Study Program, Faculty of Arts, Udayana University invite students back to practice history research and community service. Not only in the scope of Bali, but this study program also do this routine activity in Lumajang District.

"This activity is done almost every year by the History Study Program, last year the students in class of 2014 went to Kediri and this year is in Lumajang. We do this activity from March 22 to 24 ", Dini, one of History students, stated.

This is the routine activity of History Study Program where in this time followed by about 40 participants, which includes lecturers and students in class of 2016. Lumajang Regency was chosen as the location of historical research practice because in this regency there are some historical sites that should be preserved as history local. One of them is the Situs Biting which is a relic of the Lumajang kingdom.

Besides, this study program does socialization about History Study Program of Udayana at SMA 3 Lumajang. This socialization is delivered directly by Dr. I Nyoman Wijaya. He explained that the writing of history can be started by writing biographical figures because through information the figure can be obtained a fragment of history, and the task of a historian is to interpret it.

After conducting socialization, the next activities are to visit Situs Biting and practice of historical research of Lumajang royal heritage. The activity is continued with the socialization to the community about the care of cultural heritage. The material is delivered directly by Dr. I Wayan Tagel Edi, M.S.

Furthermore, this study program held a National Seminar "Connecting the Ropes of History through Arya Wiraja" at Pendopo Alun-alun Lumajang. Arya Wiraja is one of the most famous figures during the reign of Kertanegara in Singashari Kingdom which is also known as king of Lumajang Kingdom. This national seminar is held on the cooperation of Udayana University with Lumajang regency government. There are four speakers consist of writers and academics. They are Dr. I Nyoman Wijaya, M. Hum., a lecturer of history as well as a biographer, Tadjul Arifin and Mansur Hidayat, S.S., M.M., the writers of Lumajang History, and Zainullah Ahmad, S.Pd., a Jember writer. Participants of the seminar not only come from the students, but also the Lumajang community to participate in gathering knowledge about Lumajang Regency. 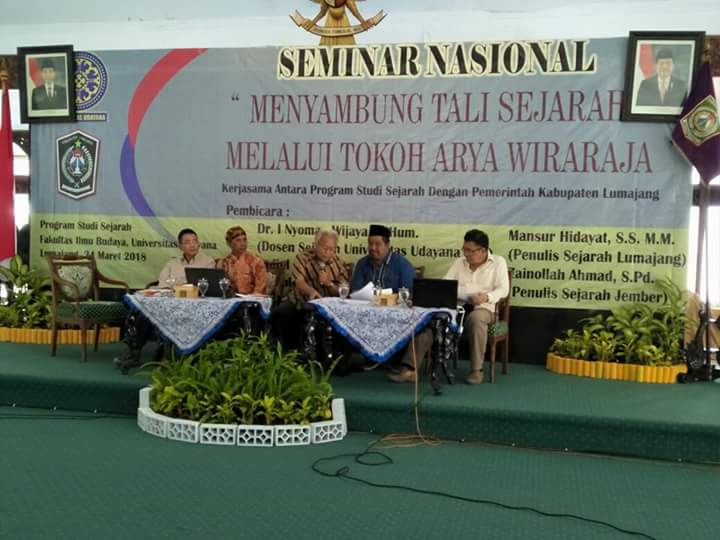