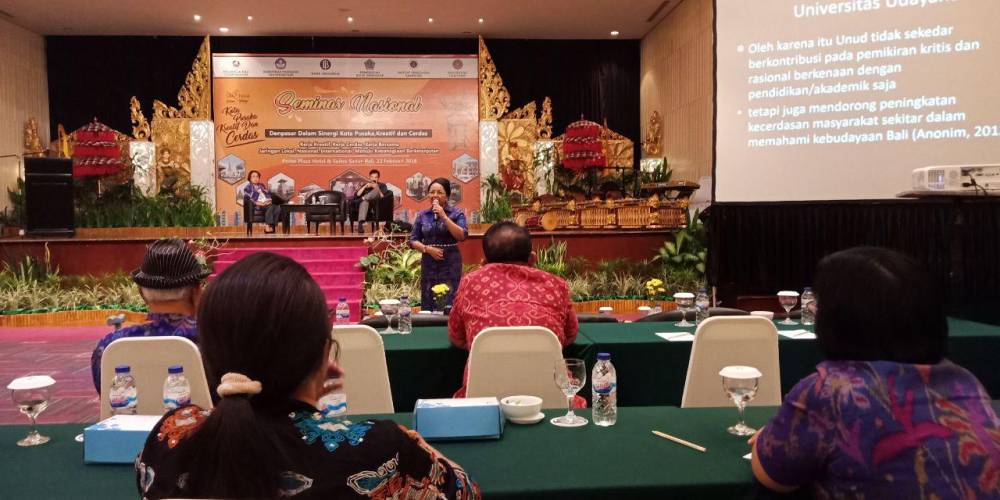 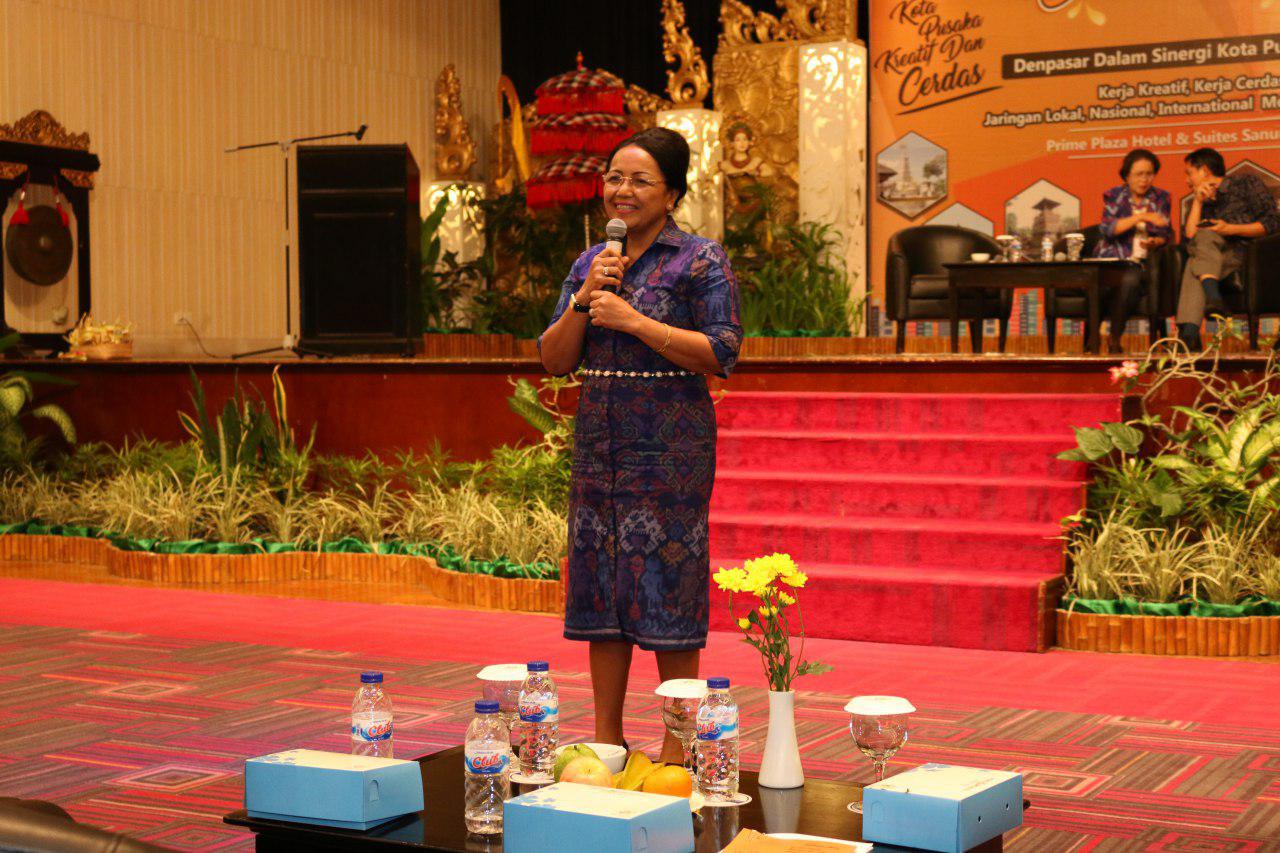 Secretary of Denpasar City, AAN. Rai Iswara conveyed that the seminar was held to inspire the public about Denpasar City in the synergy of the heritage city, creative and intelligent which is the representation of city synergy that is cultural identity, expressive, and progressive in dynamics and progress. This National Seminar implemented as one of the efforts of City Government in maximizing Kota Pusaka so that it can be one means in improving the happiness of society. In addition to physical development, human resources development should also be maximized to increase the happiness of the community and of course leads to the welfare of the people.

Rector of Unud in her paper "Denpasar Development Strategy In Synergy of Pusaka City, Creative and Intelligent Towards Character and Competitive Human Resource", emphasized about the development of Denpasar City as a creative and intelligent Heritage City. Such conditions can be realized by developing Human Resources (HR) that has a character, intelligent and highly competitive. In this case Udayana University not only contributes to critical and rational thinking regarding education only, but also encourages the improvement of the intelligence of surrounding communities in understanding the culture. (PR) 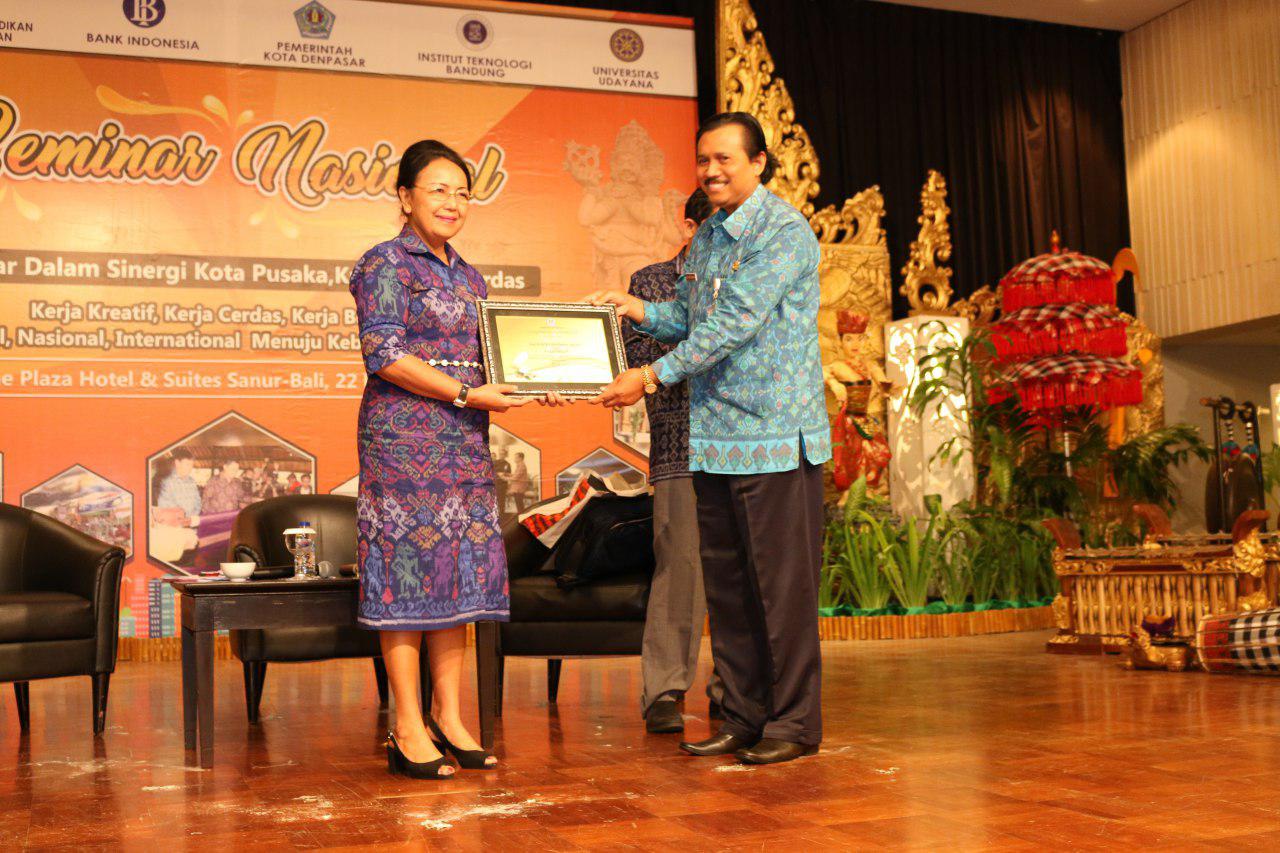