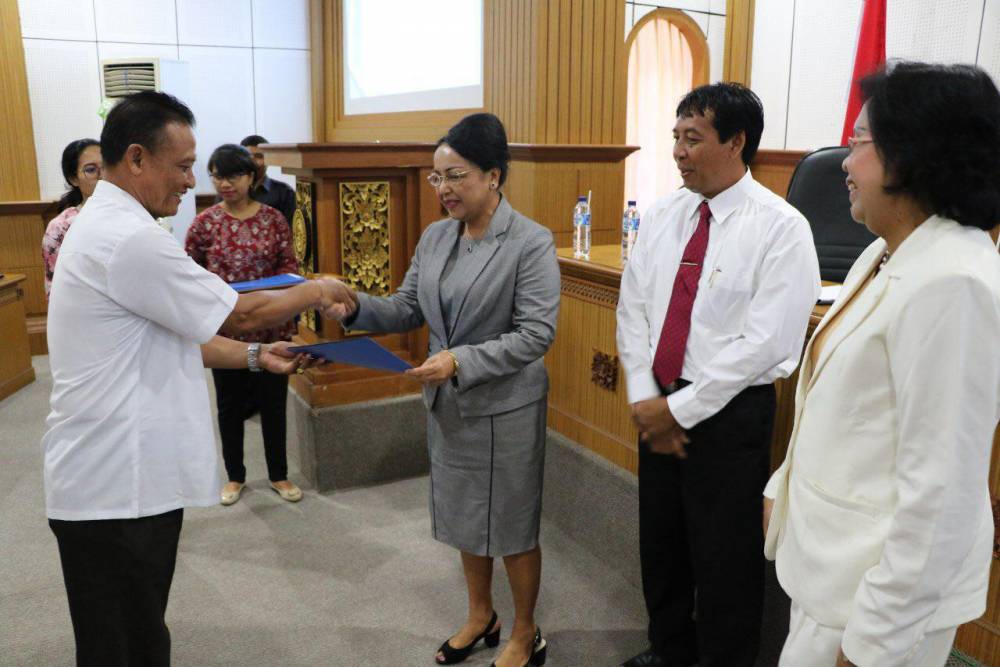 Jimbaran - Monday (22/1/2018), the Rector of Udayana University submitted a Decision Letter to 108 Coordinator of Study Programs in the environment of Udayana University. Activities held in the Nation Room Rectorate Building Bukit Jimbaran Campus which was an implementation of the issuance of Regulation of Minister of Research and Technology No. 30 of 2016 on Organization and Administration of Udayana University where in the implementation of the Study Program, the Rector appointed a lecturer as the coordinator of the Study Program. On the occasion also held the signing of performance contracts Rector with the Dean of the Faculty and the Director of Graduate Unud. 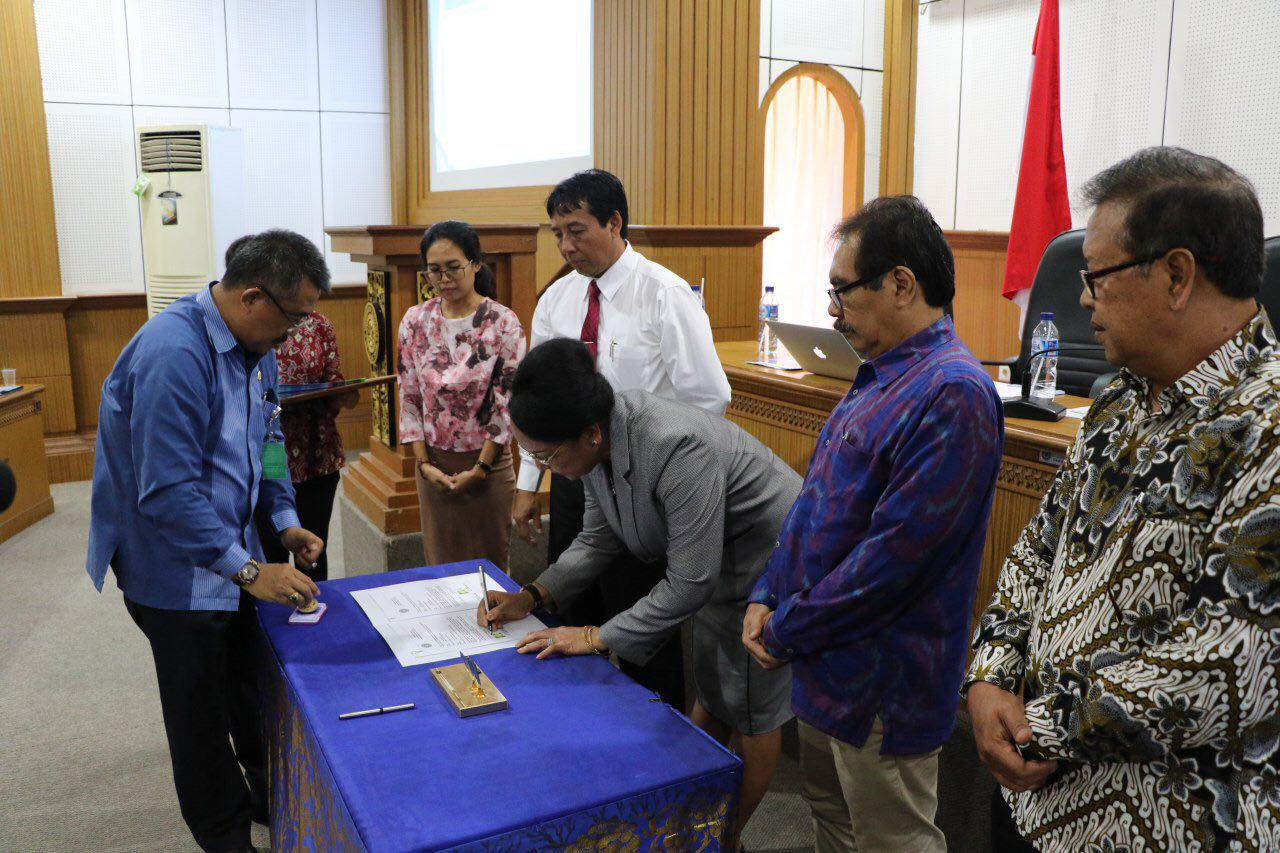 Rector of Unud, Prof. Dr. dr. A A. Raka Sudewi, Sp.S (K) in her direction gave appreciation to the Chairman of the previous leader of study program for the contribution so far. Furthermore, the Rector conveyed that Udayana University has a responsibility to the performance achievement as stated in Rector's performance contract with Minister of Research and Technology which related to the academic implementation and the Finance Minister and related to budget management. After the signing of the performance contract between the Rector and the Dean was followed by the signing of a performance contract between the Dean and the Coordinator of the Study Program to support the achievement targets of the Rector's performance with the Minister who had been previously signed. 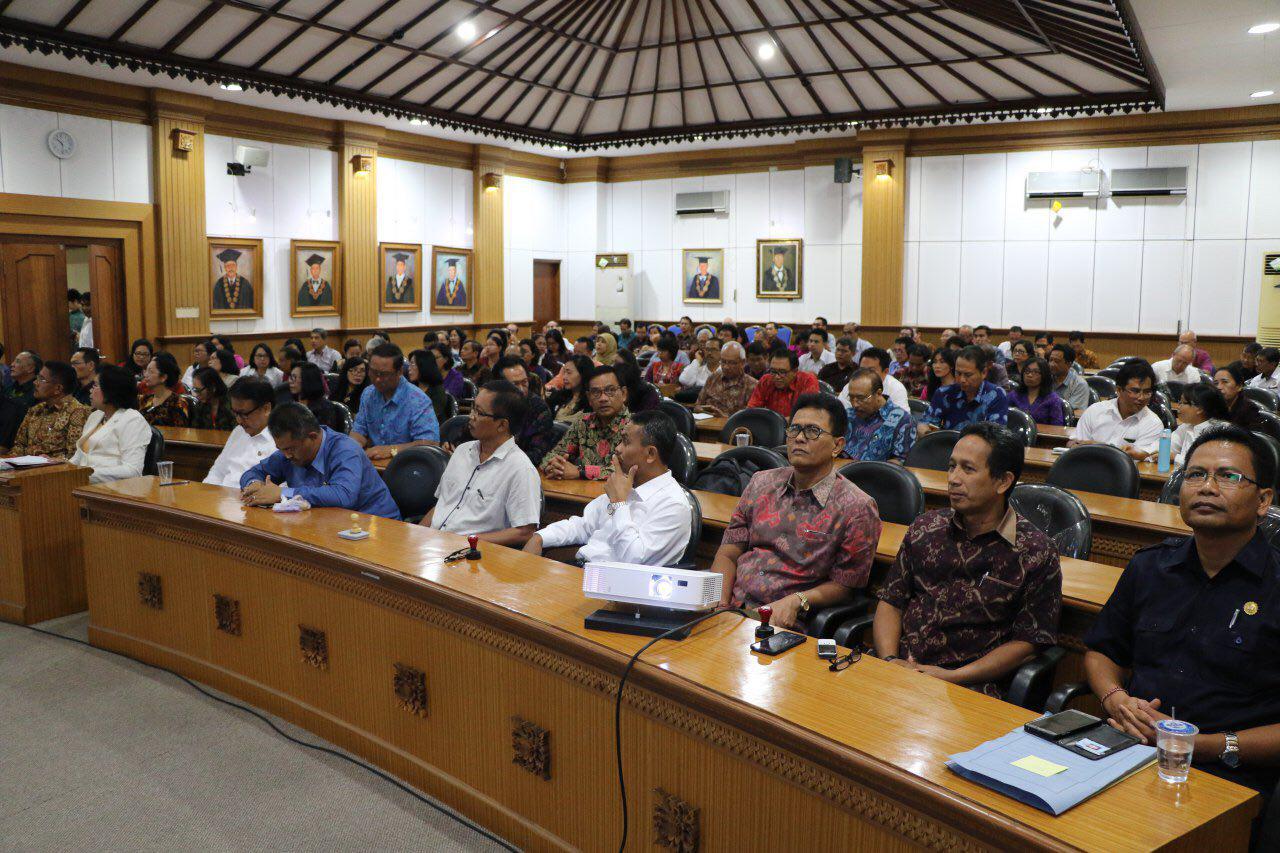