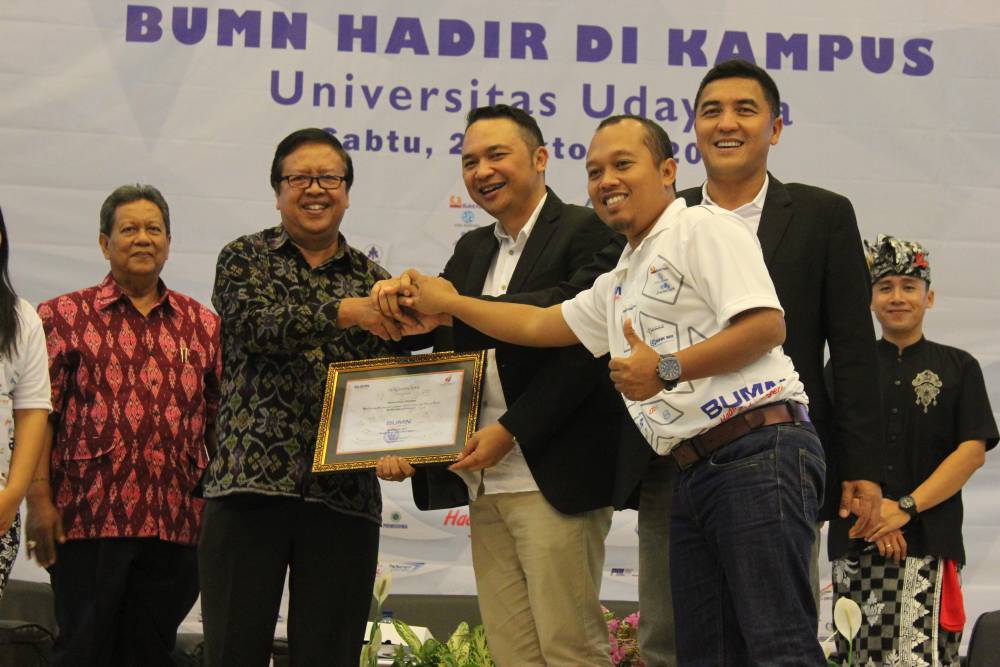 Bukit Jimbaran - Saturday (28/10), Auditorium Hall of Widya Sabha Udayana University on last Saturday was crowded with students who are enthusiastic to pay attention to the exposure of State-Owned Enterprises (SOEs) in Indonesia. No less than 800 students crowded the Auditorium Hall of Widya Sabha Udayana to attend a seminar entitled "SOEs Goes To Campus 2017" is. This successful activity is a result of the cooperation between SOEs and University of Udayana. The event which coincided with the anniversary of the Youth Pledge was supported by the organizing committee, which was a number of students of Udayana University who were coordinated by Student Executive Board of Udayana University. This activity ran about 3 hours of duration, started at 09.00 WITA and ended at around 12 P.M.

In the seminar, was presented three main speakers who provided motivation and explanations to the students of Udayana University about the general image of SOEs in Indonesia. The three speakers were Dr. Drs. I Gede Wardana, M.Si (Lecturer of Faculty of Economics and Business of Udayana University) who explained about the role of SOEs in developing justice of economy, then the second speaker was I Gusti Ngurah Askhara Danadiputra (CEO of PELINDO III) who explained in general the role of PELINDO and SOEs in Indonesia , and the last was Abdulbar M. Mandoer (CEO of ITDC) who explained the economic development in Indonesia through SOEs. 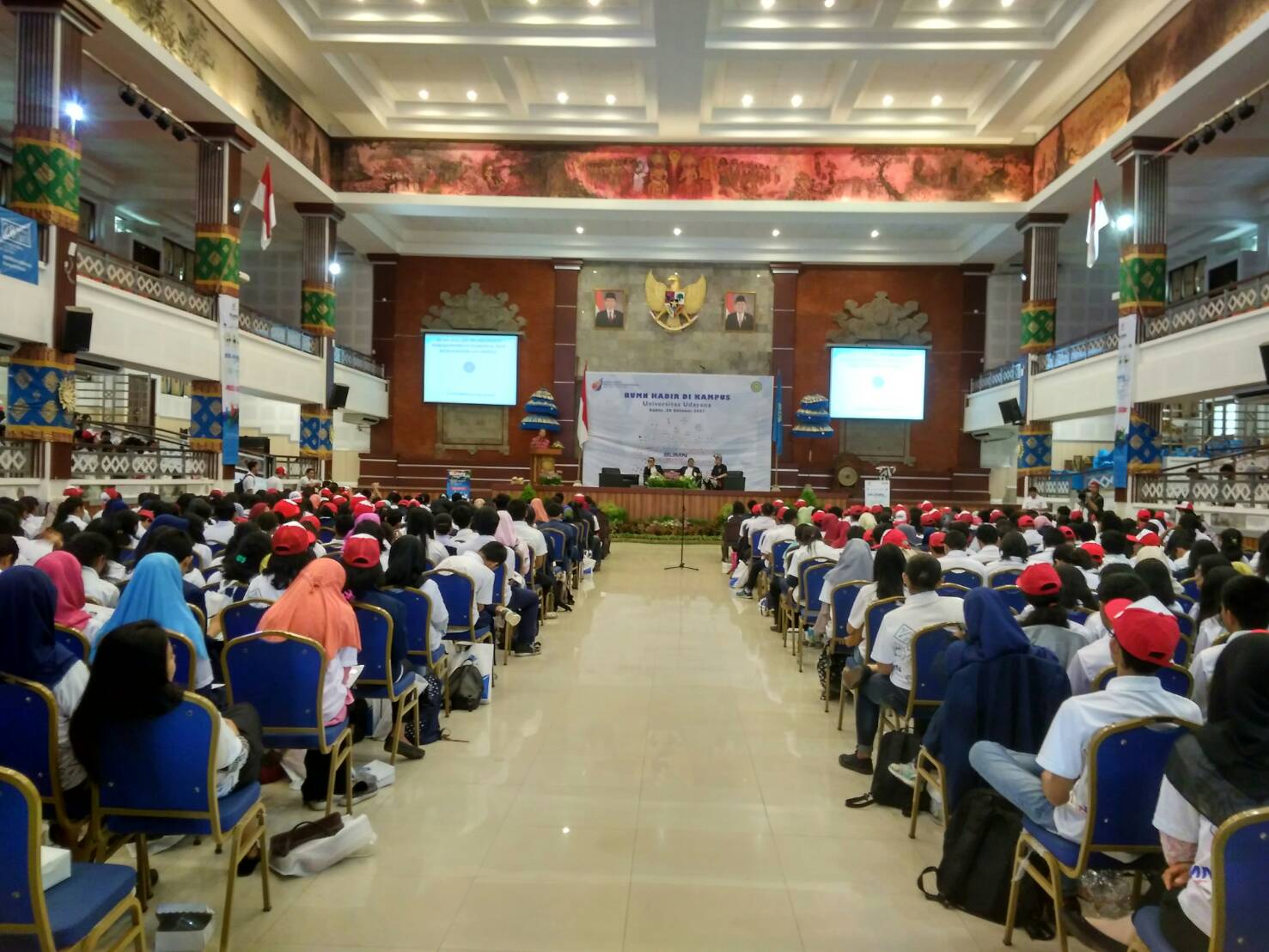 After the explanation of the material session, the seminar was filled with question and answer session which then continued with interesting educational session in the form of quiz to the participants who have chance to get the souvenir from the SOEs.