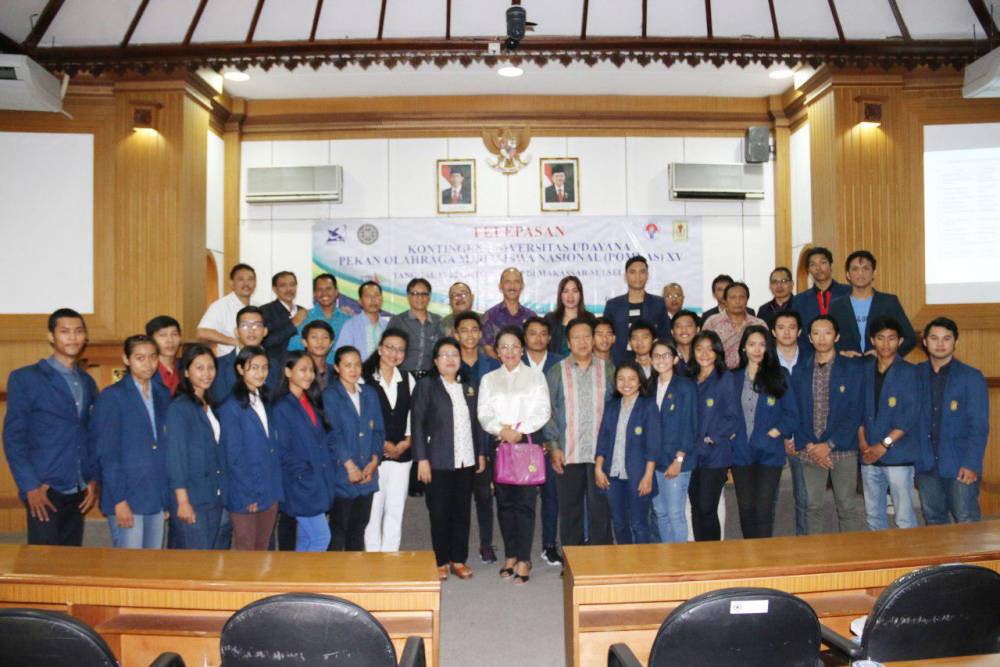 Bukit Jimbaran - Udayana University Rector released Udayana University’s athletes who will compete at POMNAS XV (13-21 October 2017) in Makassar on Thursday (12/10/2017). POMNAS at this time Unud sent 27 athletes and 12 officers / coaches who will accompany and articipate in several sports that will compete. The sports that followed by Unud’s athletes are Tennis, Karate, Pencak Silat, Athletics, Badminton, Kempo, Swimming and Tarung Derajat.

Vice Rector for Student Affairs Prof. Dr. Ir. I Made Sudarma, MS explained in following the POMNAS, athletes have been preparing themselves for three months. The athletes are ready to follow the match and defend Bali also they are expected to win the POMNAS XV. 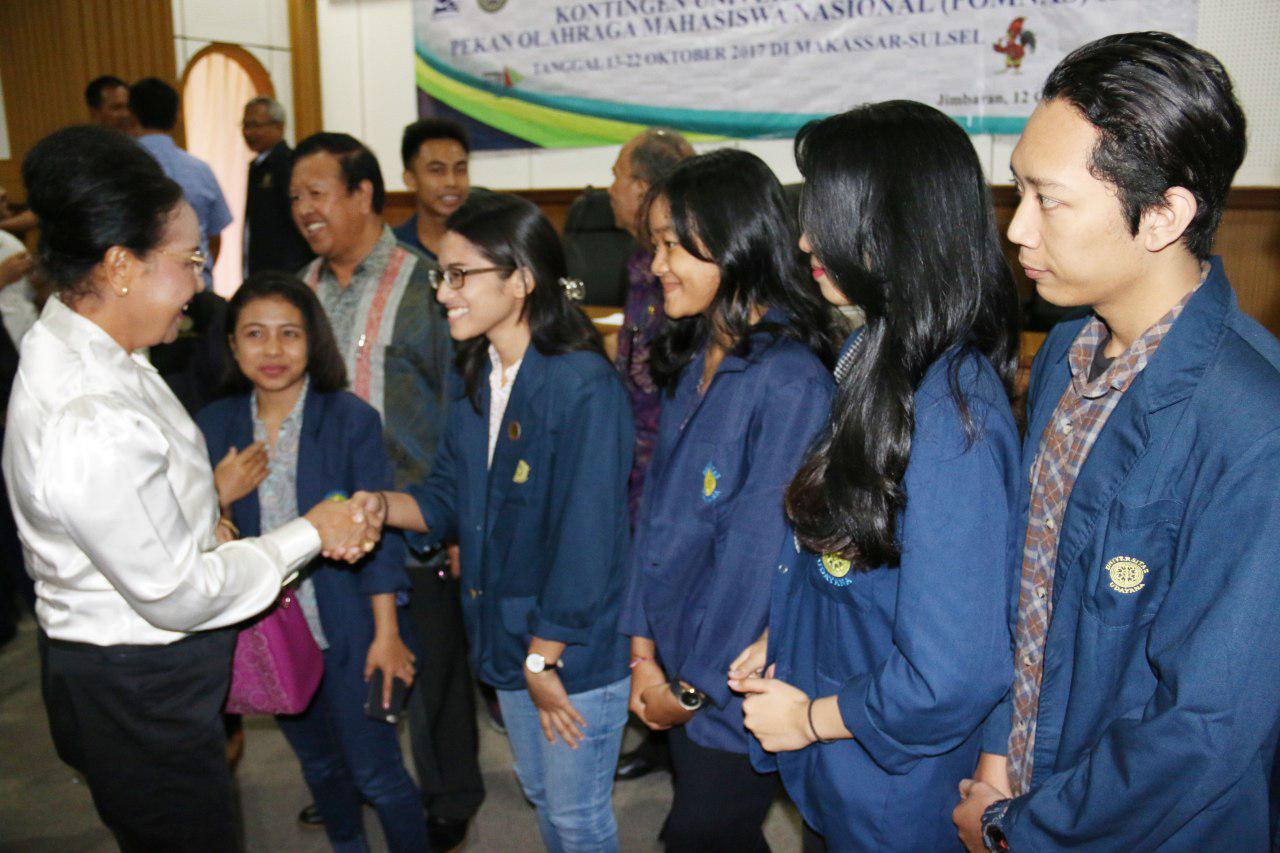 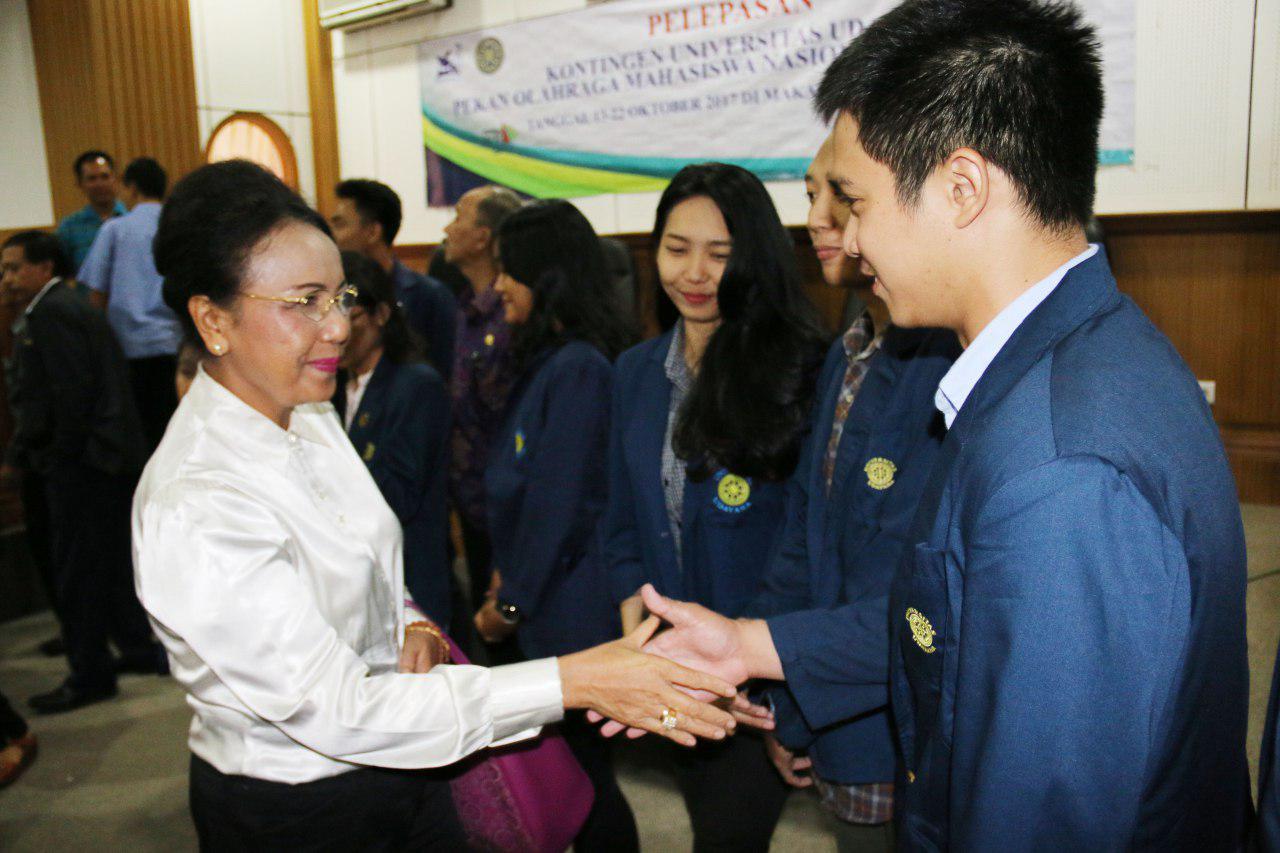 Rector of Unud, Prof. Dr. dr. A A. Raka Sudewi, Sp.S (K) said that the released athletes which they have passed the preparation stage and are expected to give their best to POMNAS at this time. In following this event the athletes are encouraged to maintain their health, to control the emotions and maintain sportsmanship in the game so it can scent the name of Udayana University. The Rector also said that the achievements achieved by the students in the national competition also affect the improvement of the quality and rank of universities at the national level.Gusti Ayu Made Ari Adnyani, one of the athletes conveyed that she will fight for the maximum although it is quite difficult because the competition is quite tight and hope to achieve the best performance. (HM)