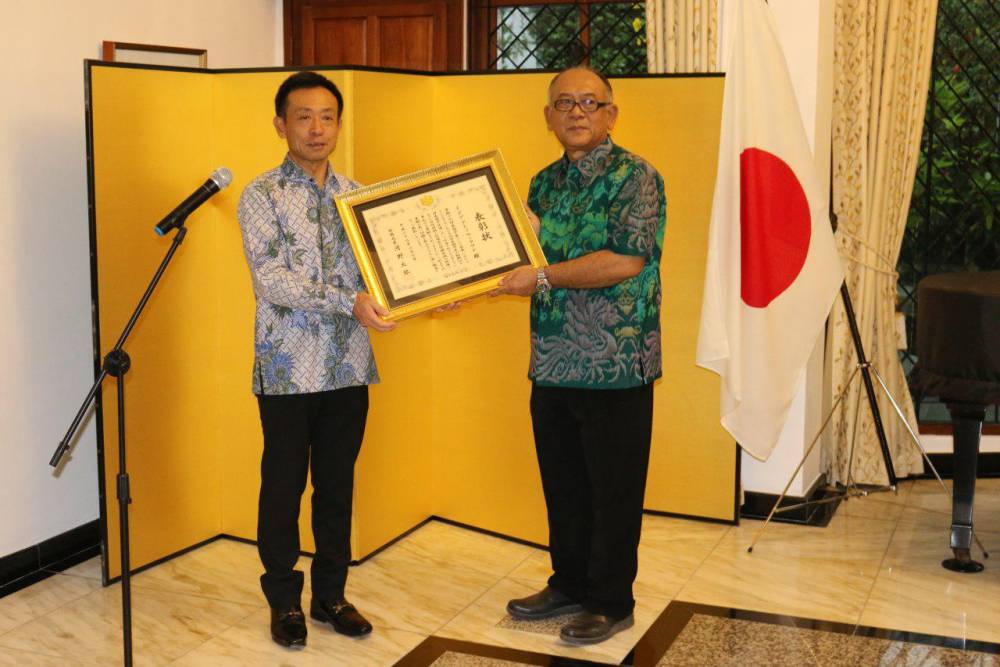 Denpasar - One of Professor in Udayana University from Faculty of Agriculture, Prof. Ir. I Gede Putu Wirawan, M.Sc.Ph.D received the Japanese Minister of Foreign Affairs Award 2017, Friday (22/09/2017) at the residence of Consulate General of Japan, Renon, Denpasar. The award was handed over directly by the Consul General of Japan, Hirohisa CHIBA representing the Minister of Foreign Affairs of Japan who was witnessed by Vice Rector for Student Affairs, Vice Rector for Planning, Cooperation and Information Affairs, Dean Faculty of Agriculture and Dean Faculty of Tourism Udayana University. 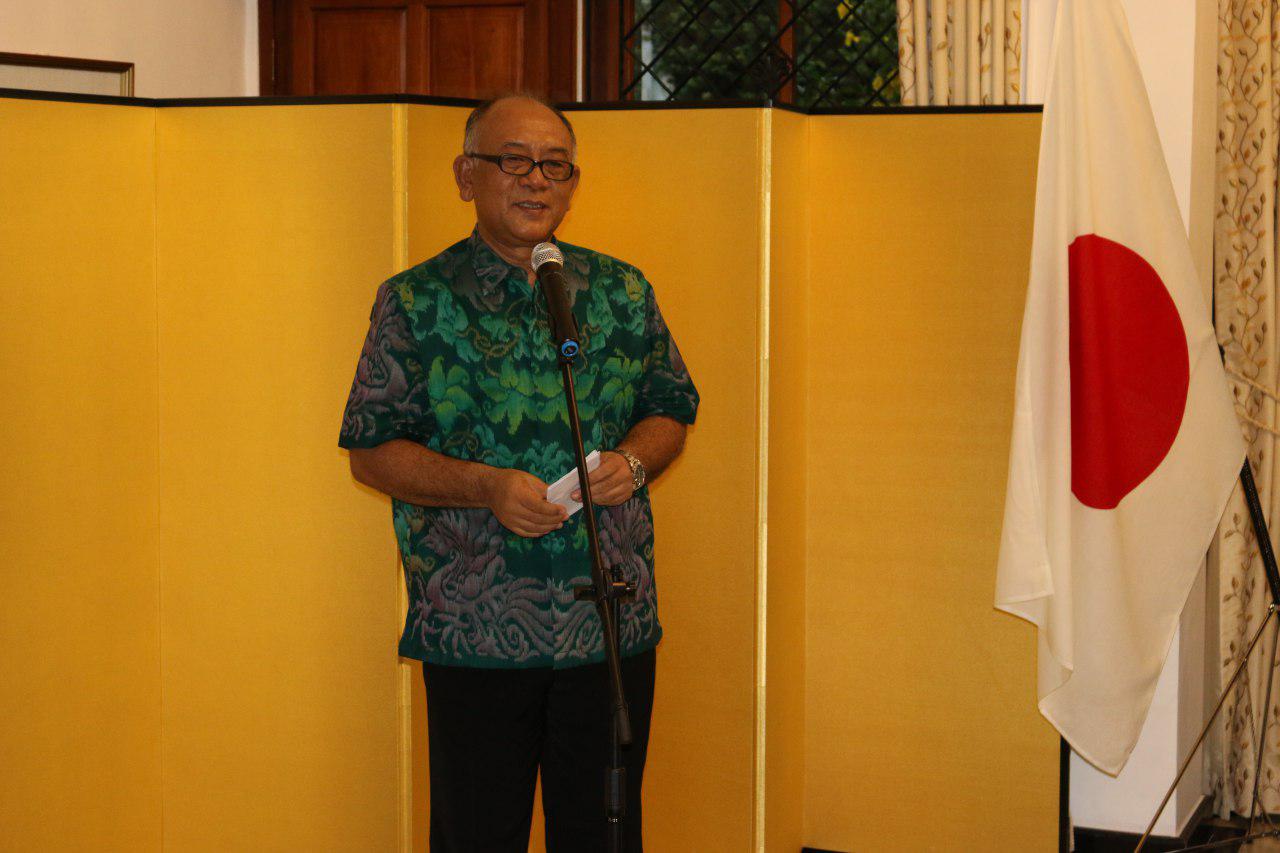 Consul General of Japan, Hirohisa Chiba in his speech representing the Japanese Foreign Minister conveyed that the award was awarded to people who have contributed remarkably in improving friendly relations between Japan and other countries. The Ministry of Foreign Affairs of Japan has announced the recipients of the award in 2017 including 3 people from Bali including Prof. Ir. I Gede Putu Wirawan, M.Sc.Ph.D, Prof. Dr. I Made Bandem, M.A and Dra. Ni Ketut Karsi, M.Pd. During this time Prof. Wirawan is very active in bridging cooperation in various programs such as research on molecular mechanism of Crown Gall Tumor Infection with Nagoya University and cooperating with Japanese company "Takino Filter" to conduct research and development of Environmental Regeneration Survey Pilot. Through this opportunity the Consul General of Japan expressed his appreciation to Prof. Wirawan for his contribution to the Japanese government and hope this cooperation can continue so that the relationship of friendship between the two nations is increasing. (PR) 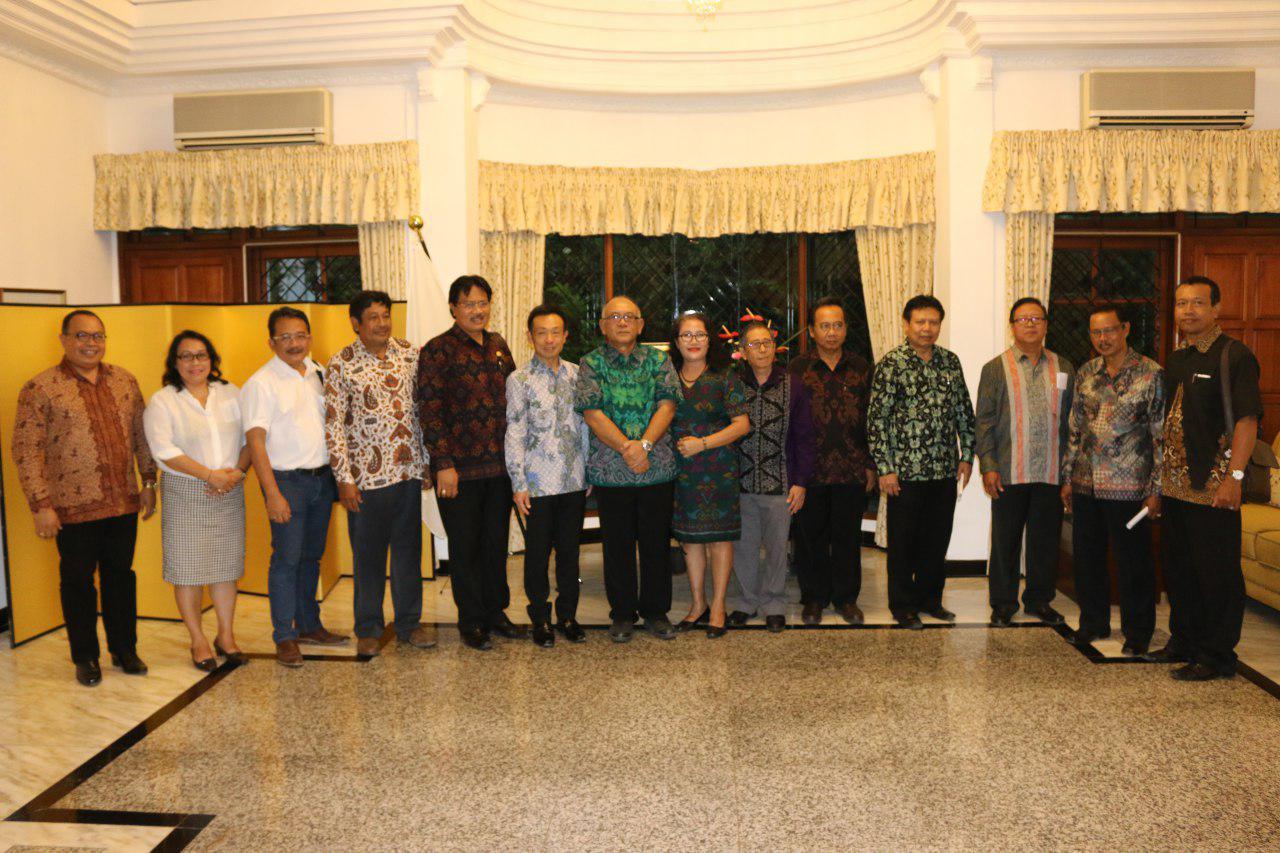