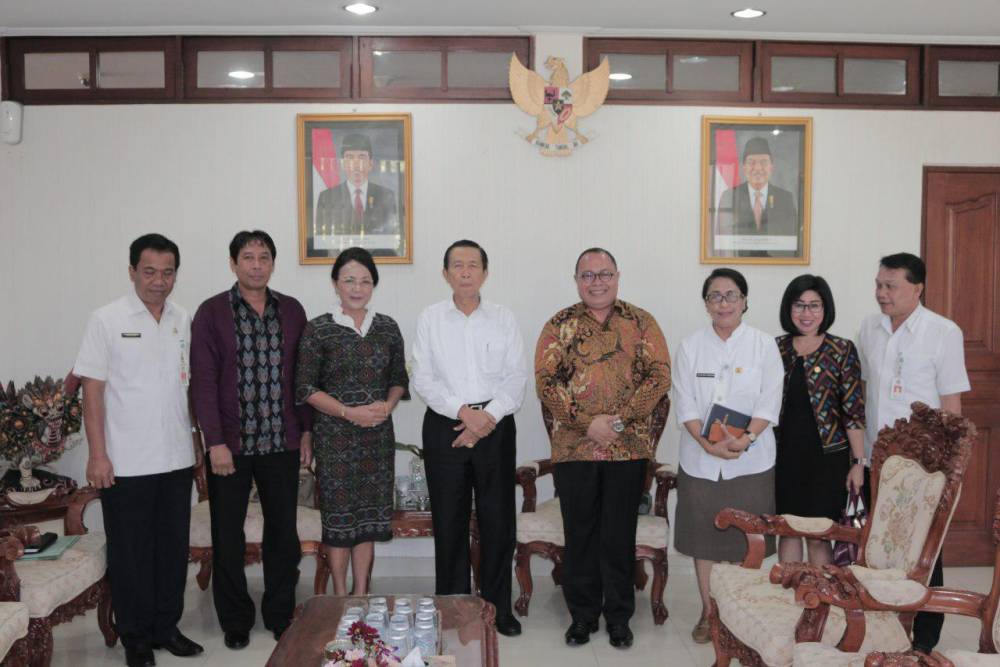 The audience which held by Rector of Unud, it was in the framework of friendship and introduction of new leaders at Udayana University period 2017-2021. The audience was also aimed at developing and improving the follow-up of cooperation that has been established so far with the Bali Provincial Government. Through this opportunity, the Rector of Udayana University reported that the achievements that have been achieved at this time include the accreditation status of Unud who has achieved A, and in the future will be upgraded to Asia level for several study programs that have twice won A accreditation in a row. This year there are four study programs that will be included in the field of Economics, Agriculture, Mathematics and Medicine. Rector of Unud also expressed her appreciation to the Governor of Bali for the assistance of infrastructure that has been given such as parking building at Sudirman Campus which is a yearly cooperation which is expected to be continued. 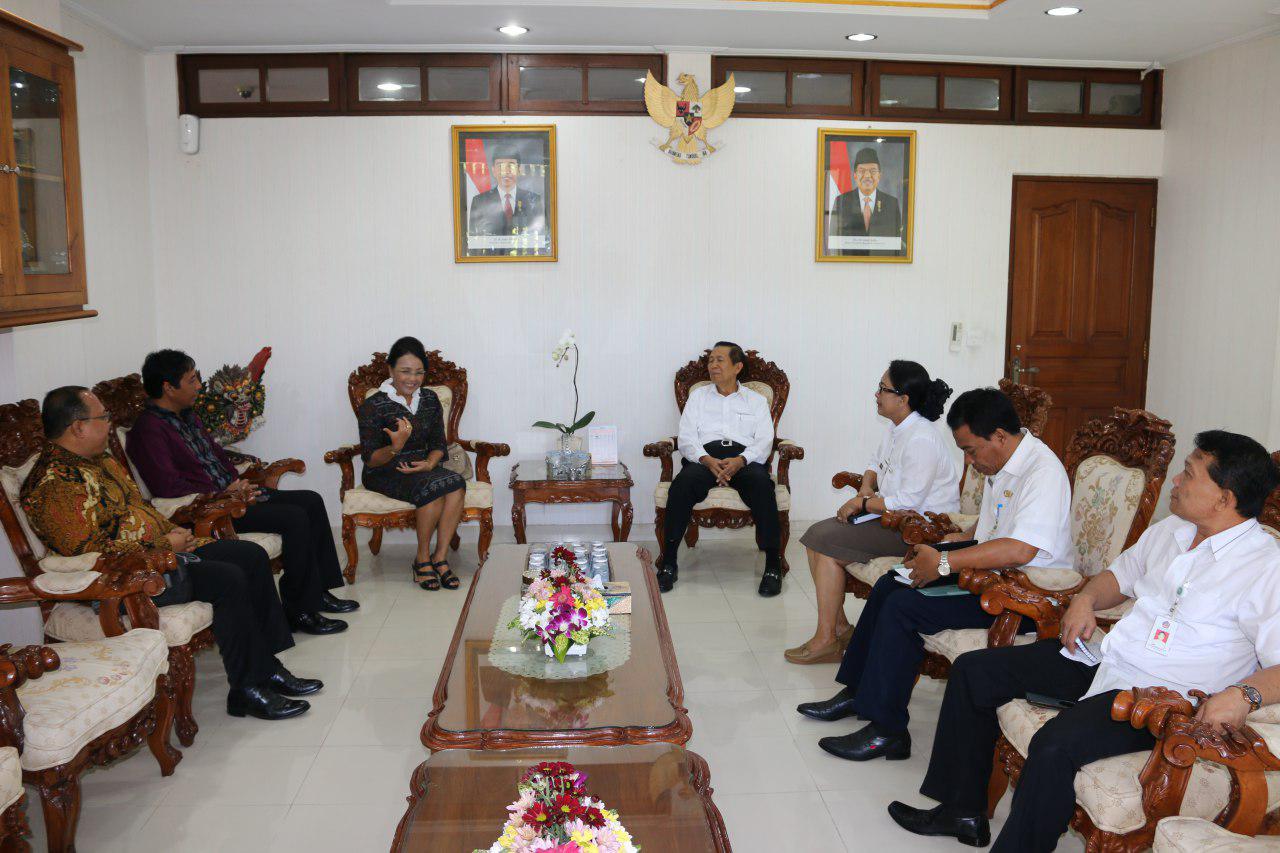 On the same occasion, WR I Unud added that so far, the Institute for Research and Community Service (LPPM), Udayana University has participated in community empowerment through cooperation with SIMANTRI and KKN PPM students sent to villages throughout Bali. Field Supervisor (DPL) is also required to appoint one of the poor students to get a Bidik Misi scholarship. Through this opportunity, WR I of Udayana also reported the plan of Seminar Bhakti Desa III (22/9) that always coordinate with the Ministry. WR IV Unud on this occasion said that there is currently a mapping of ongoing cooperation at Unud. In the future, the synergy of cooperation that has been established so far is expected to be more empowered.

The Governor of Bali welcomed the visit of the Rector and Vice Rectors, and conveyed that the KKN program can be utilized for the students and the village community in order to organize the poor society through the data obtained by the students and combined with the data that owned by the village and the government. KKN is also expected to give perceptions of the poor society from the students so it is more specific and have goals that focus in providing solutions that can be accounted academically in addition to provide experience to students. Currently the Governor of Bali is very concerned about the problem of poverty, with the main task of seeking efforts in tackling poverty to reduce poverty that has been obstacles in the data that has not been valid. The students are expected to assist the Bali Provincial Government through direct survey to the villages.

The Governor also conveyed the cooperation that has been established very well, in the future to be more creative according to the development of the era, and more responsive to the changes and hopefully Unud can be the pioneer. There are three things that are expected to be done by Unud, they are namely: to make a study about the areas that can be Digital Education, optimization of student dormitory and campus area arrangement to make it more interesting.(PR)