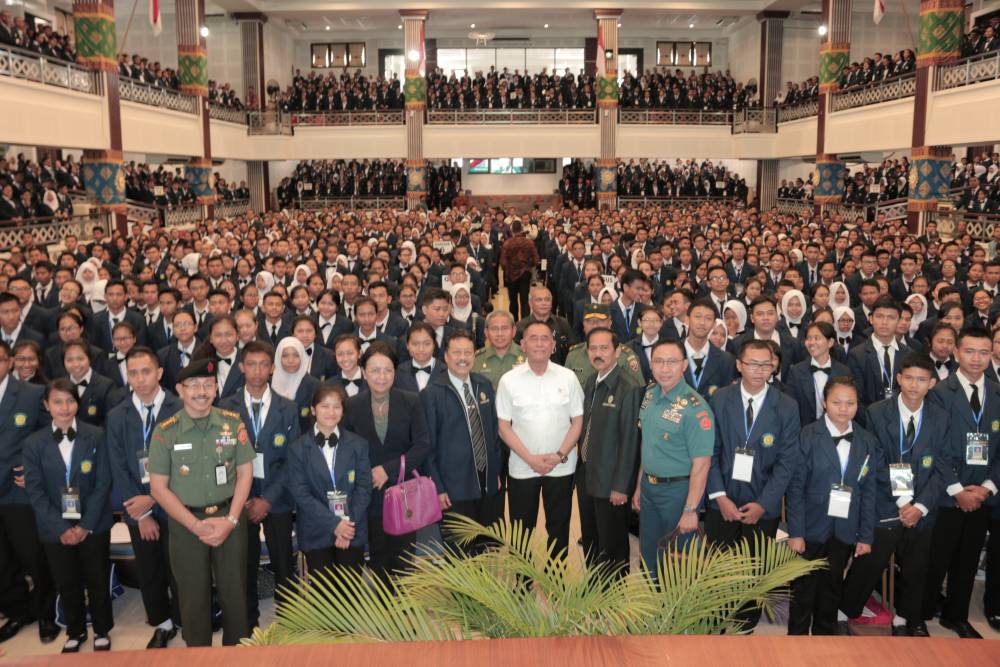 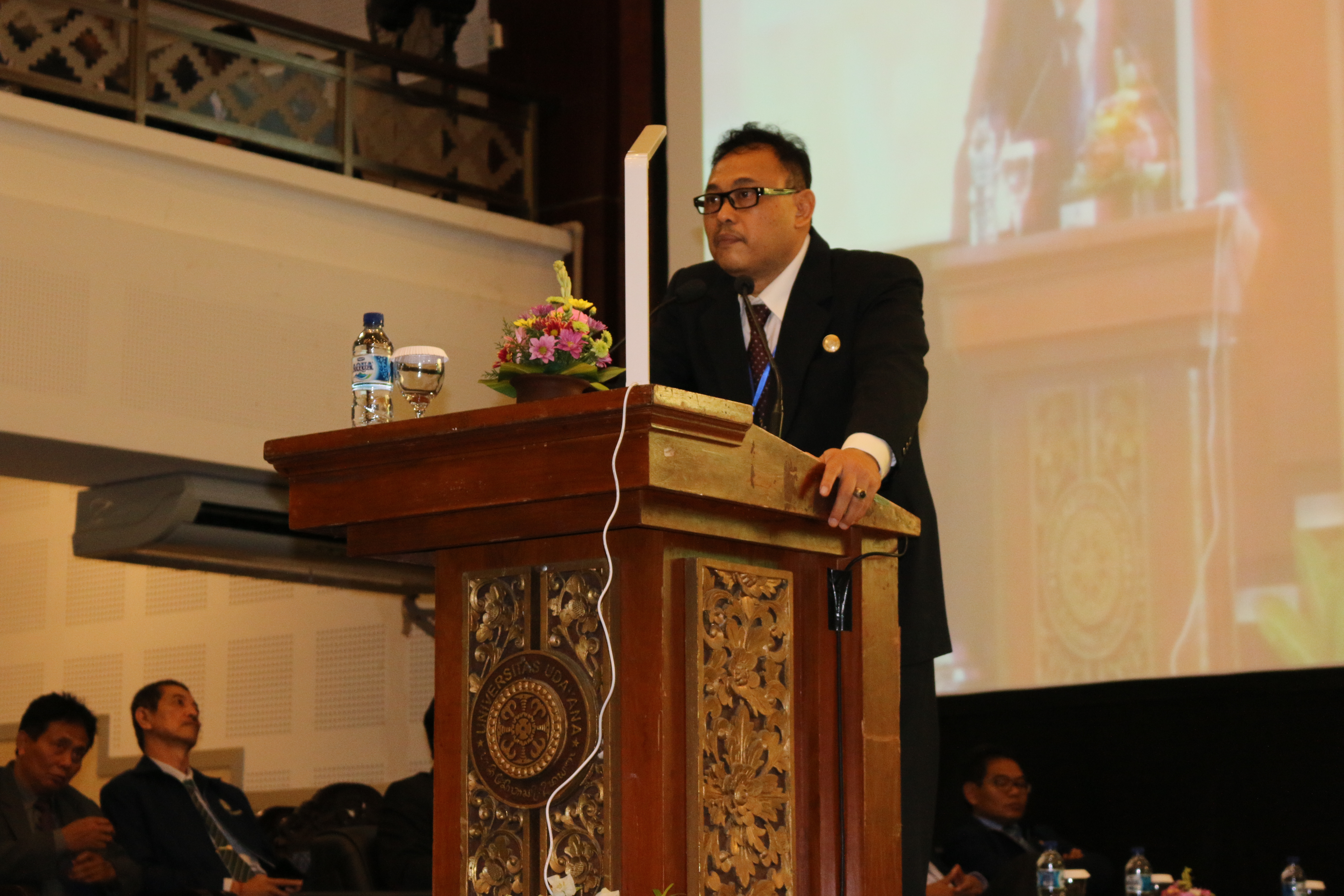 Head of Academic Bureau, Cooperation and Public Relations Unud, Drs. IGN Indra Kecapa, M.Ed as the Chairman of the Committee conveyed the purpose of the introduction of campus life that it is the University's efforts to make new students quickly adapt to the process of learning and academic life at Udayana University. The PKKMB activity lasts for one day from 08.00 - 17.00 Wita, with the material presented covering the material (1) Nationality and State Defense as well as Radical Prevention by the Minister of Defense of the Republic of Indonesia, General of the Armed Forces (Purn) Ryamizard Ryacudu; (2) Increasing Awareness of National and State Life and the Superior Program of Bali Province by the Governor of Bali Province represented by Head of Kesbanglinmaspol Provinsi Bali; (3) General Education and Higher Education by the Vice Rector for Academic Affairs; (4) Introduction of Cultural Values, Scientific and Scientific Ethics by the Discipline Commission of Udayana University; (5) Prospect Materials of Employment Opportunities of University Graduates by EDC Units; And (6) Information System (IMISSU) by the Chairman of USDI, Prof. Dr. I Ketut Gede Darma Putra, S.Kom, MT.

Vice Rector for Student Affairs, Dr. I Nyoman Suyatna, SH., MH in his speech congratulated all the new students who have successfully won the competition to be accepted at Udayana University. Further, Nyoman Suyatna conveyed PKKMB is a routine activity that is held every academic year beginning. Students need adaptation to adapt, including the learning process in higher education, and the readiness of students to enter the life of the campus is very important because it involves the success in studying. PKKMB provides knowledge about aspects in universities including facilities that can be utilized by the students. 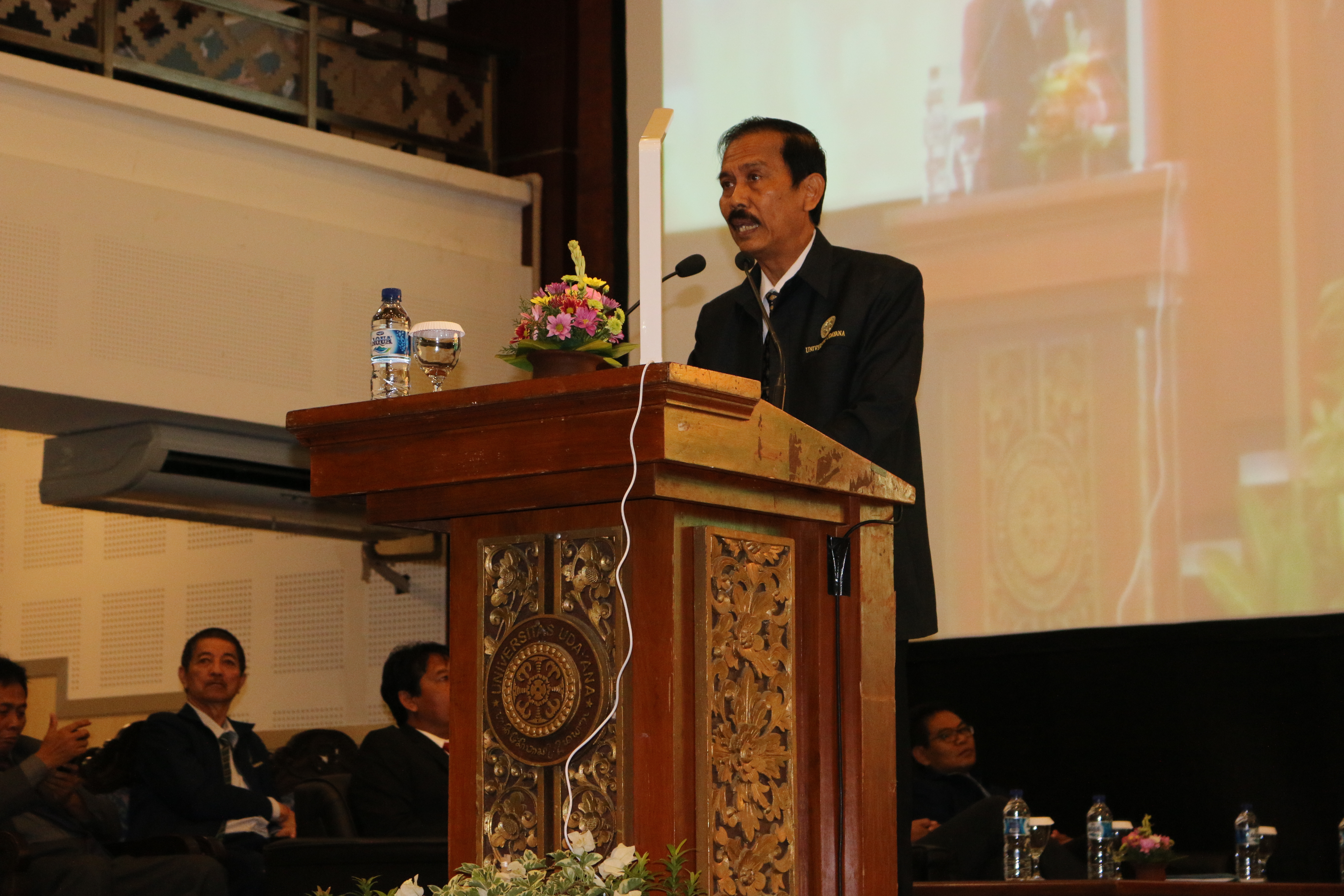 PKKMB is an activity that must be followed by all students in Udayana University, and becomes a requirement to attend graduation. Nyoman Suyatna appealed that the student must be serious to follow the activities that it is part of the academic culture. Through academic culture will be able to improve the competitiveness of the nation. Nyoman Suyatna also expressed his gratitude to the supporters and the appreciation to the Minister of Defense of RI that never diminished his attention in the effort of State Defense in order to maintain the unity and the integrity of the Republic of Indonesia. (PR) 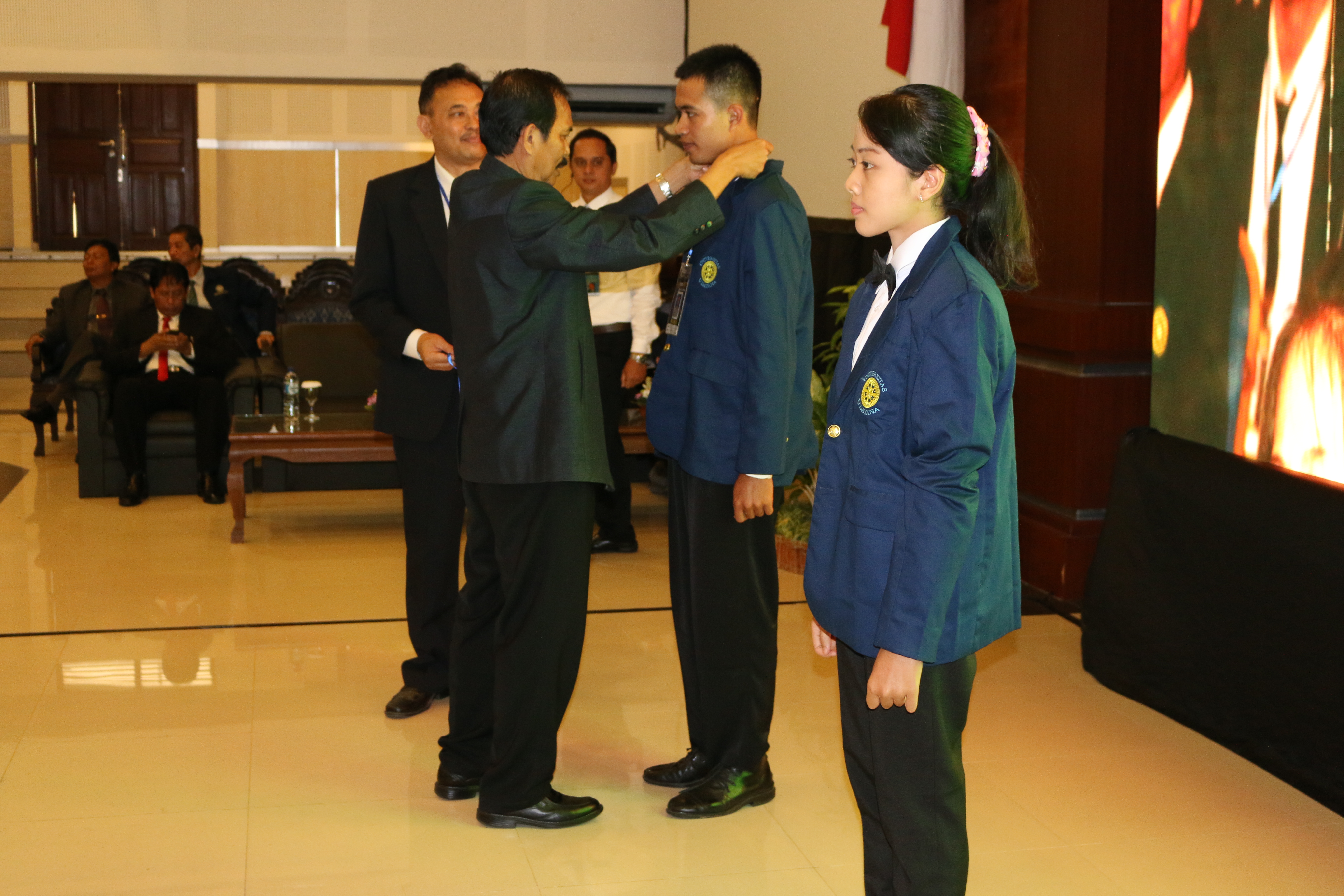 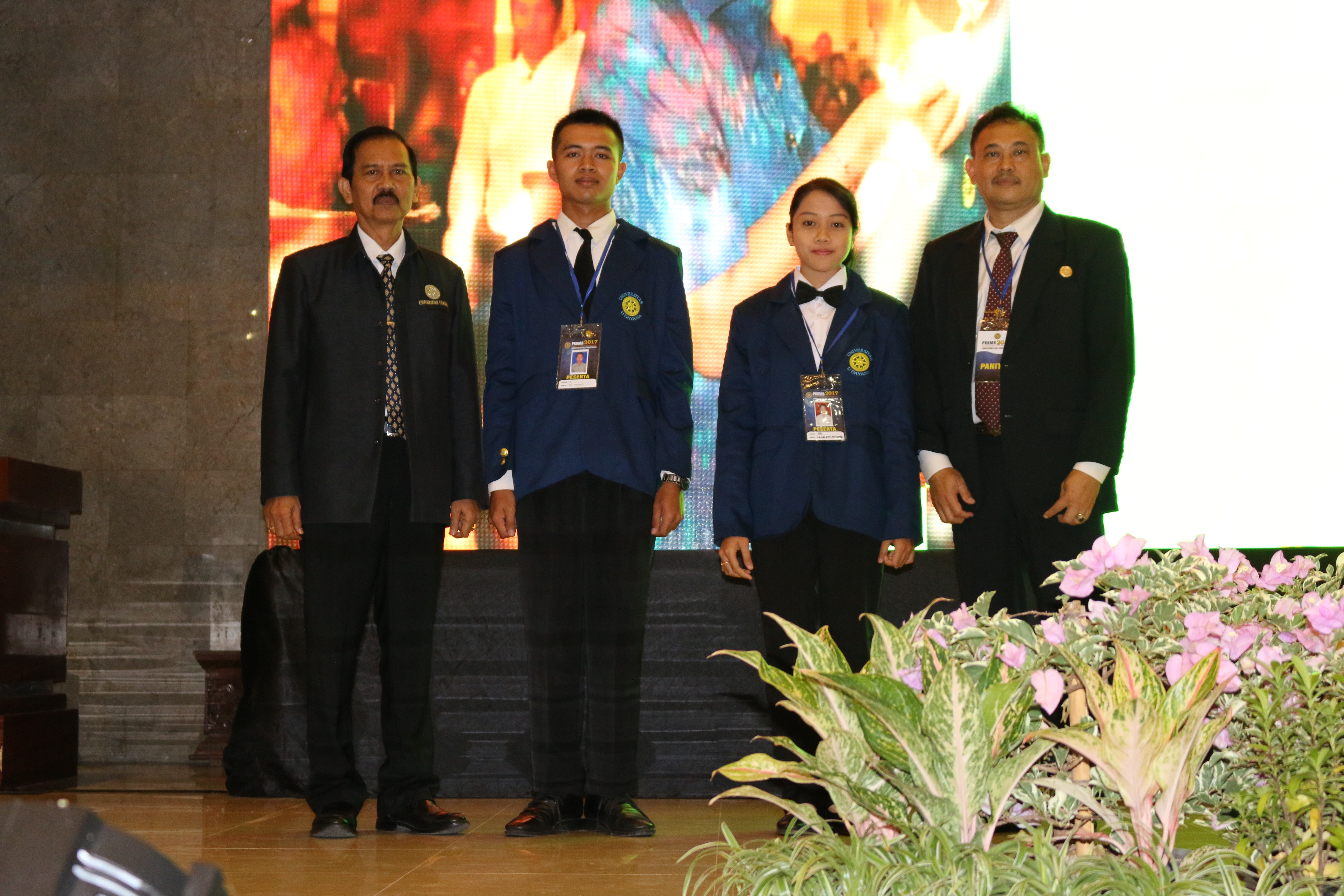 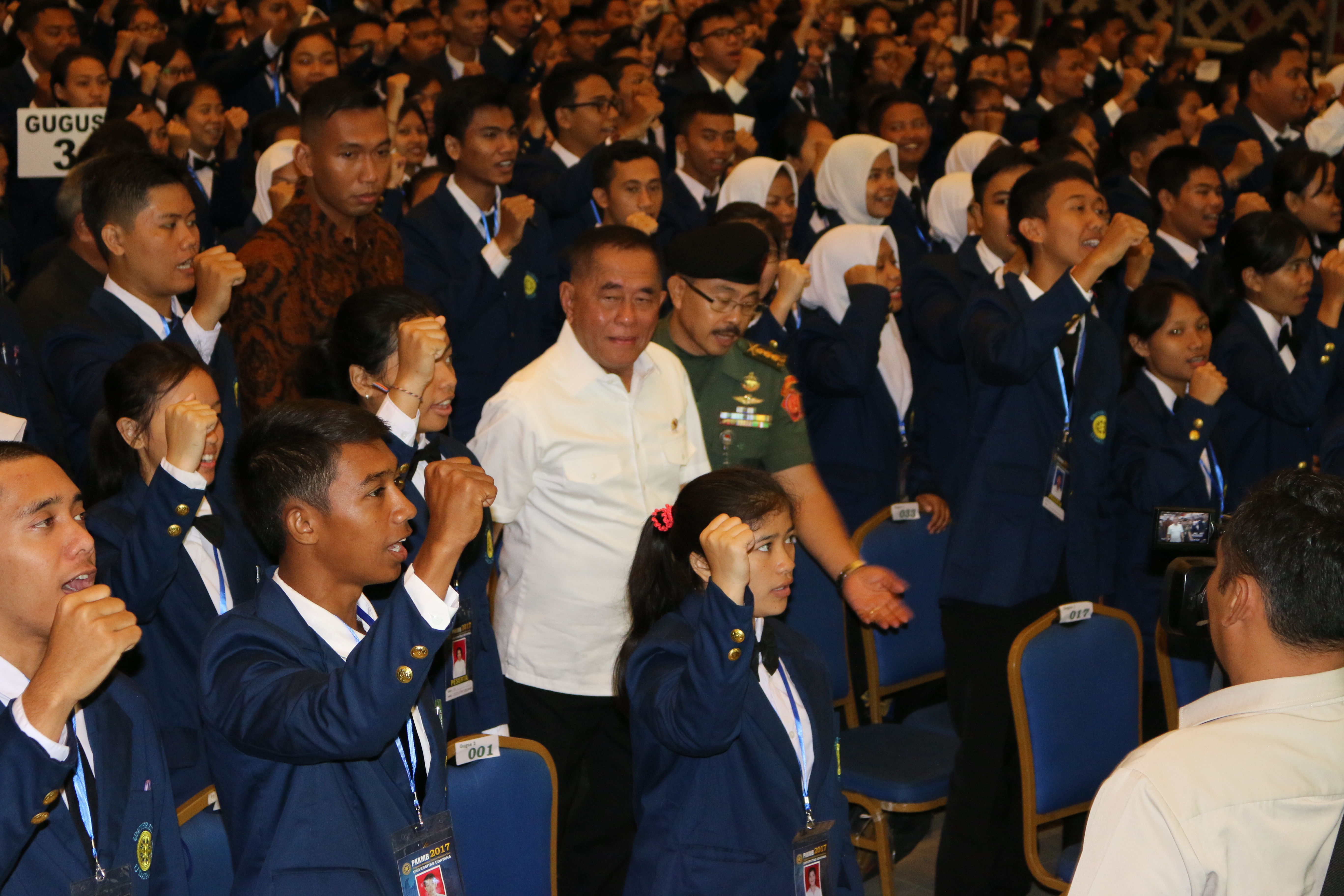 (Minister of Defense of the Republic of Indonesia, General of the Armed Forces (Purn) Ryamizard Ryacudu was upon entering widyasabha building before delivering general lecture material) 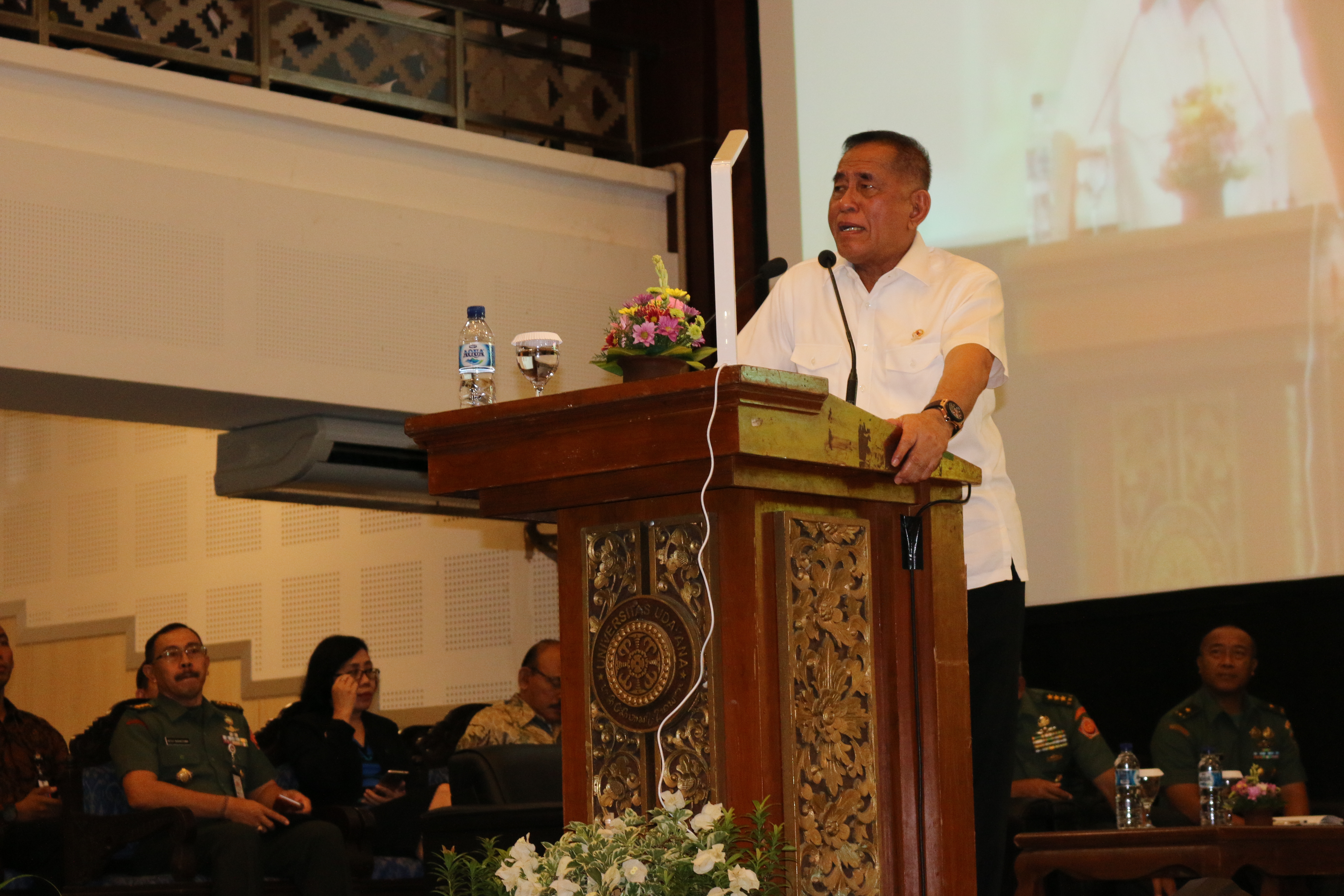 (Minister of Defense of the Republic of Indonesia, General of the Armed Forces (Purn) Ryamizard Ryacudu when delivering general lecture material) 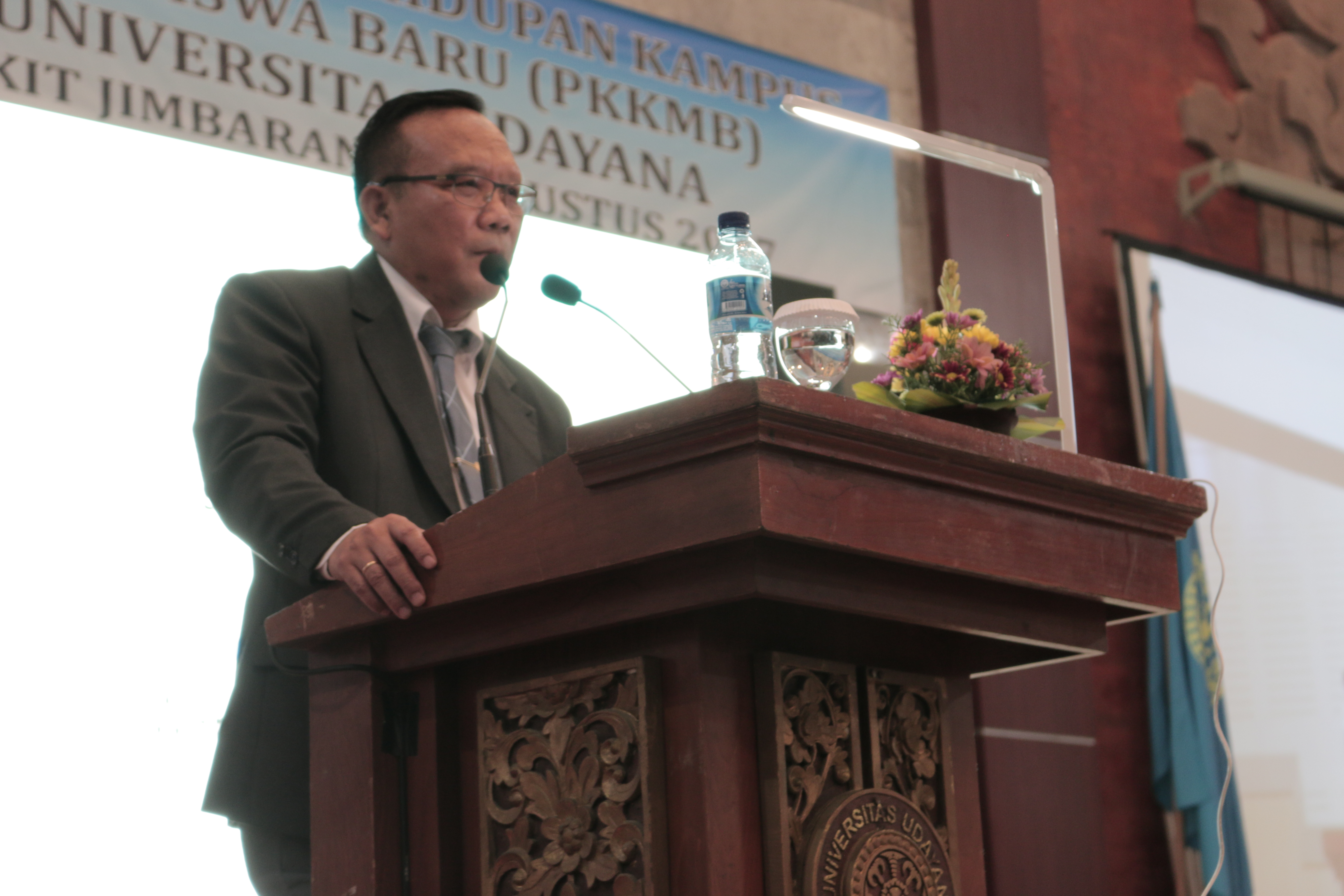 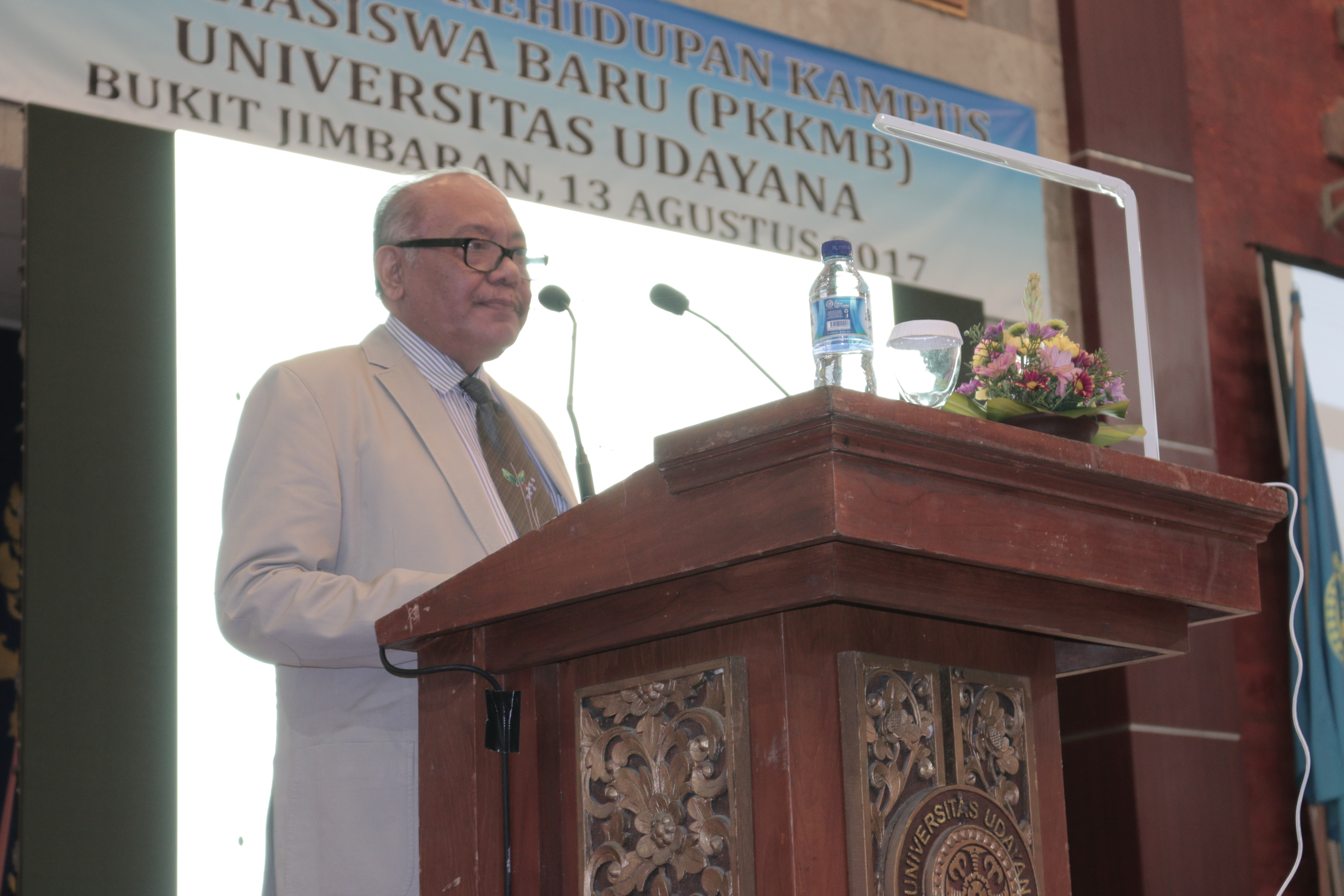 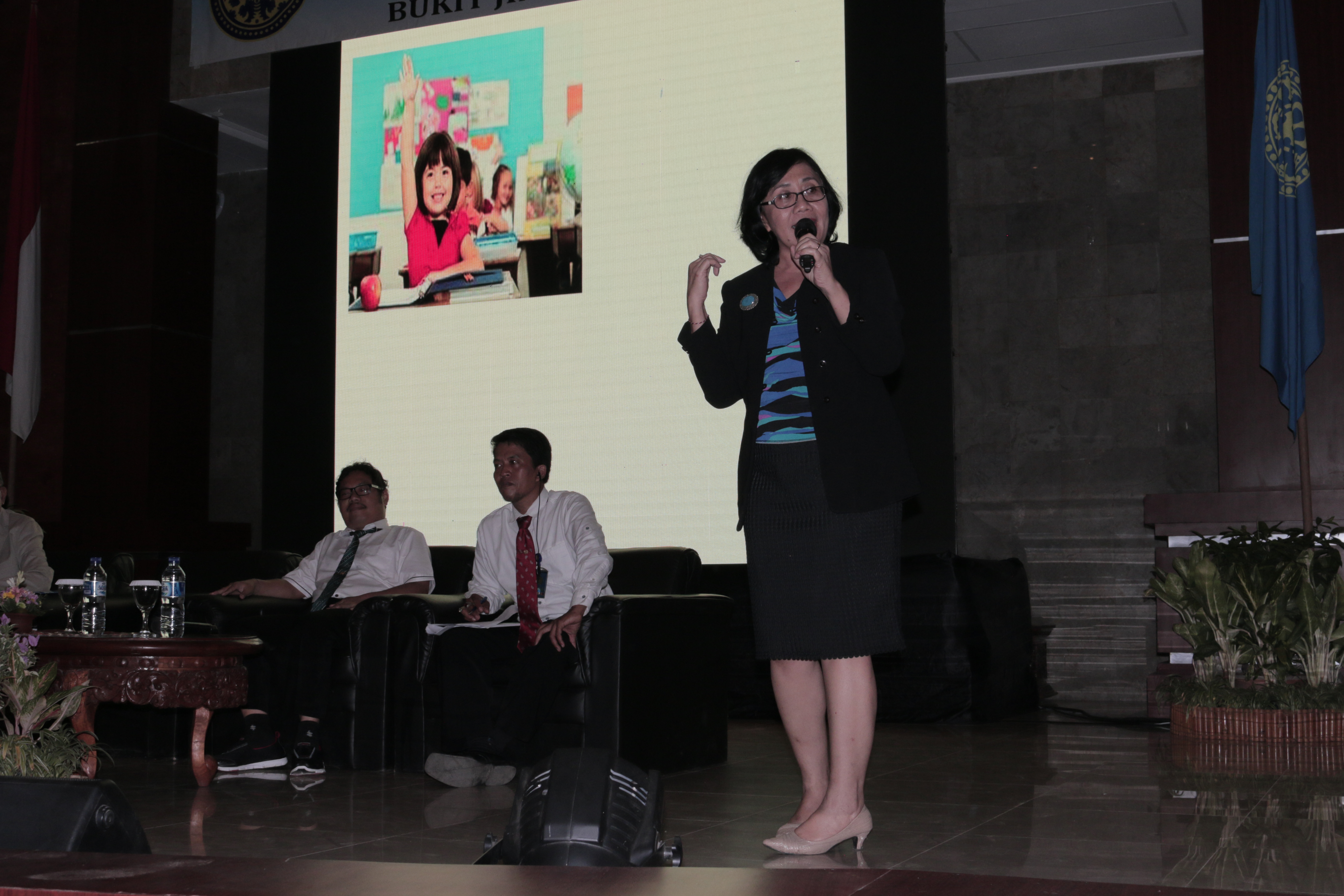 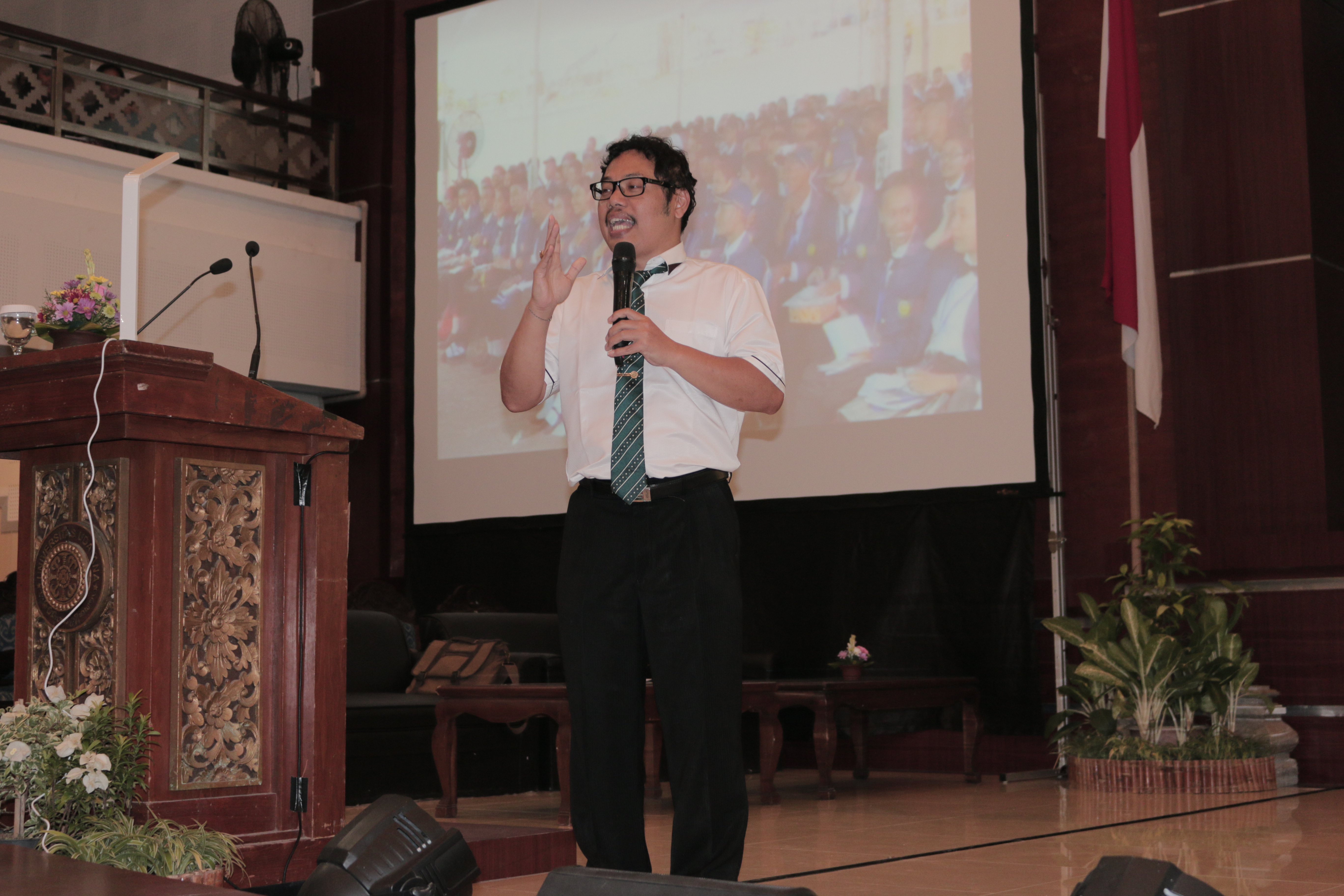 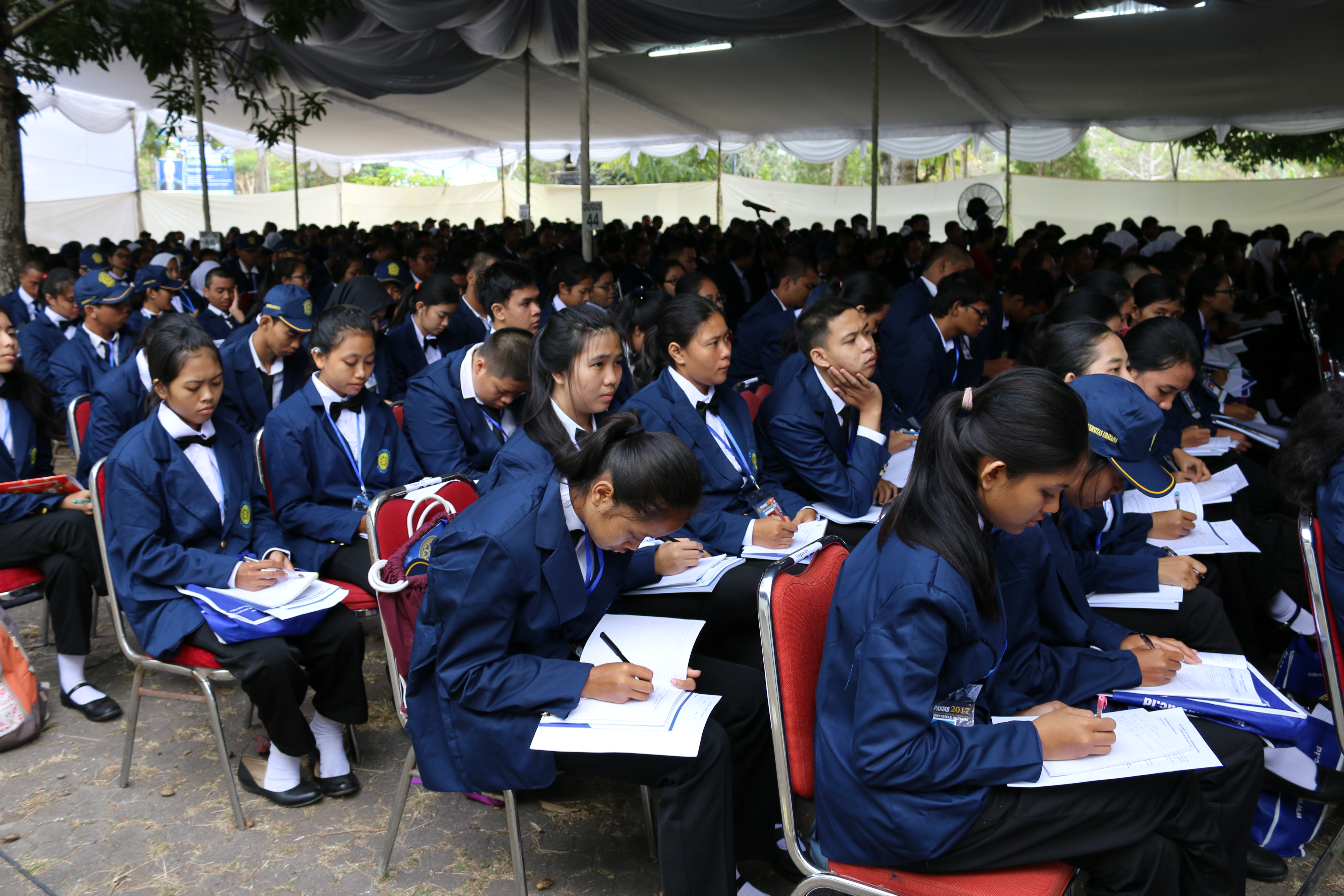 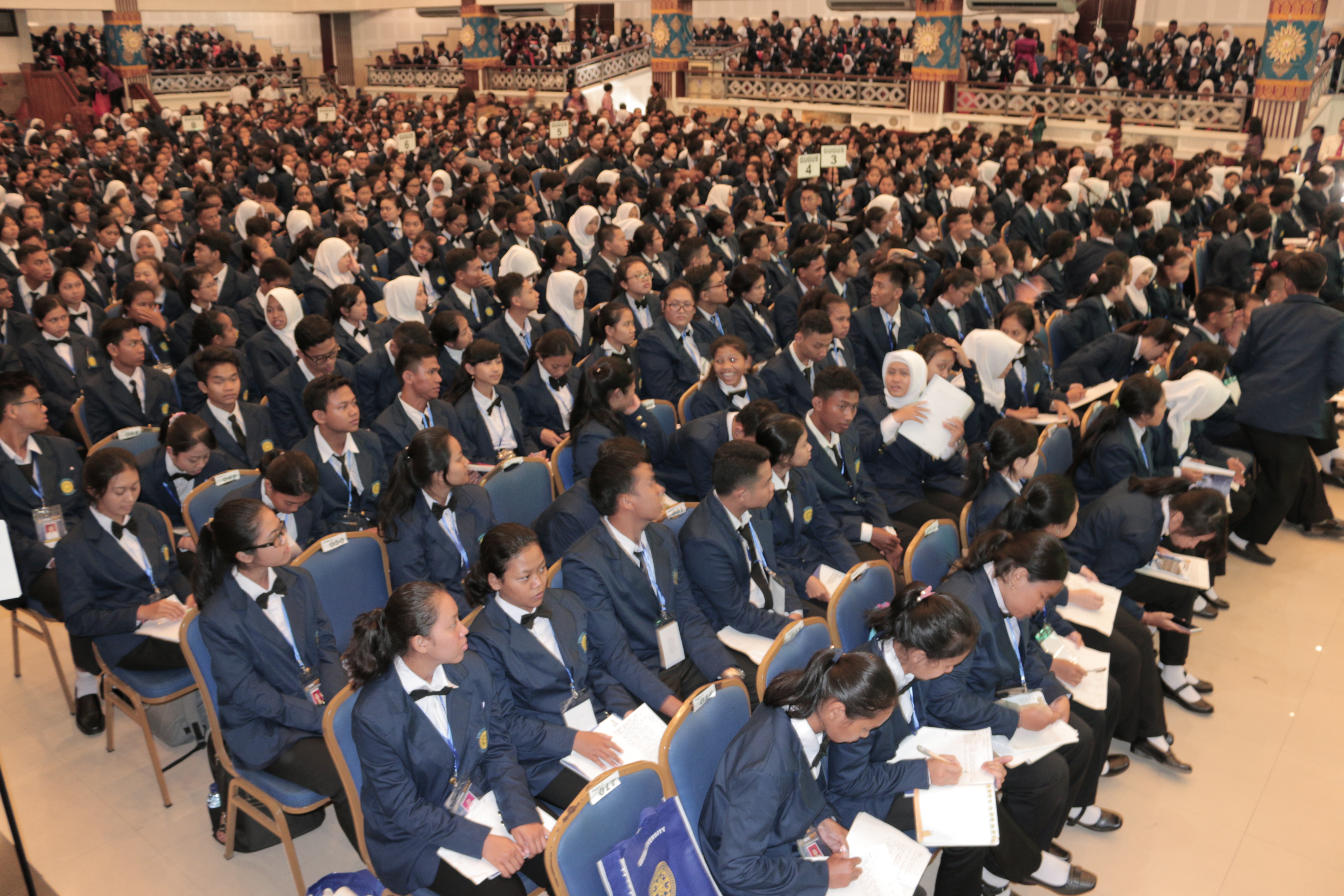