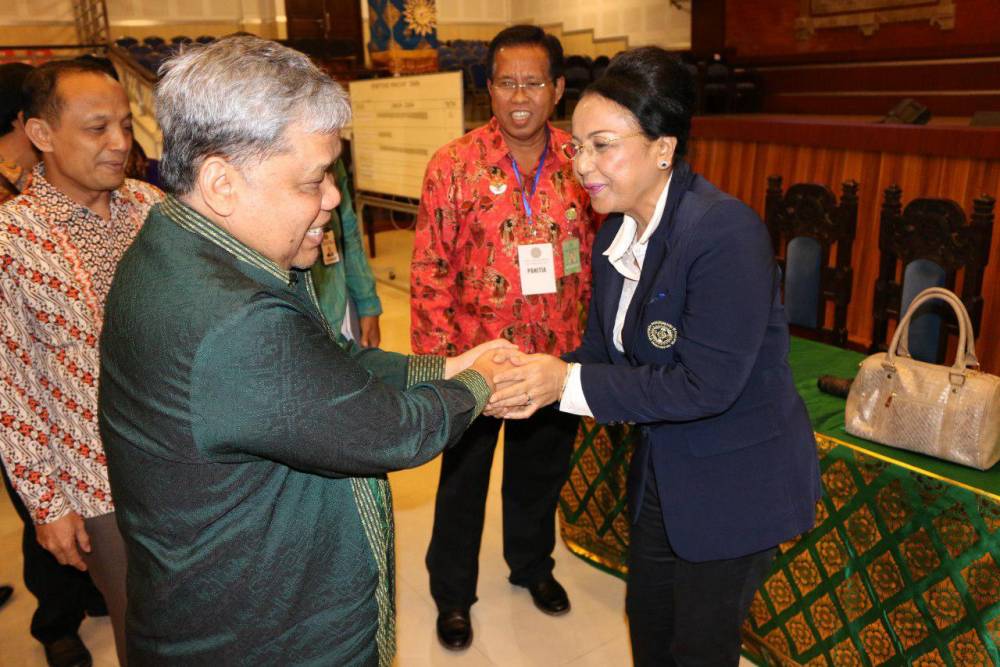 Bukit Jimbaran - Friday (11/08/2017) Udayana University Senate held a Senate Meeting with the agenda of Election of Unud Rector candidate for period 2017-2021 at Widya Sabha Auditorium Building Bukit Jimbaran Campus. The meeting was led by the Chairman of Senate Unud, Prof. Dr. Dewa Ngurah Suprapta and attended by 159 Senate Members as well as Plt. Rector of Unud and Representative of Minister of Research and Technology.

The event began with an explanation of the Senate Regulation Unud No. 1 of 2017 that related to the Rector Election by the Chairman of Senate Unud. According to the Regulation Election of Rector candidates will be conducted in a Closed Senate Meeting with the Minister or an authorized official. In this election, the Minister has 35% of the total voting power and Senate Unud has 65% of the voting rights. Counting of votes did in front of the Senate and after all voters casted votes that witnessed by bystander. The candidate of the Rector with the most votes is designated as the elected Rector candidate and proposed to the Ministry to get the determination.

Prof. A A. Raka Sudewi, the Elected Rector expressed thanks that Unud has successfully conducted the Rector's selection process in a conducive atmosphere and was elected as First Woman Rector at Udayana University. The duty as the Rector has the mandate and responsibility to advance the future of Unud. Prof. Raka Sudewi has internal and external improvement programs. According to the vision mission program that will be implemented and included strengthening the governance, improving the quality of the implementation of Tri Dharma Perguruan Tinggi, improving the quality and competence of existing human resources, improving infrastructure both facilities and academic infrastructure. In the 100 days work program will conduct an evaluation related to the current performance to move forward.(PR) 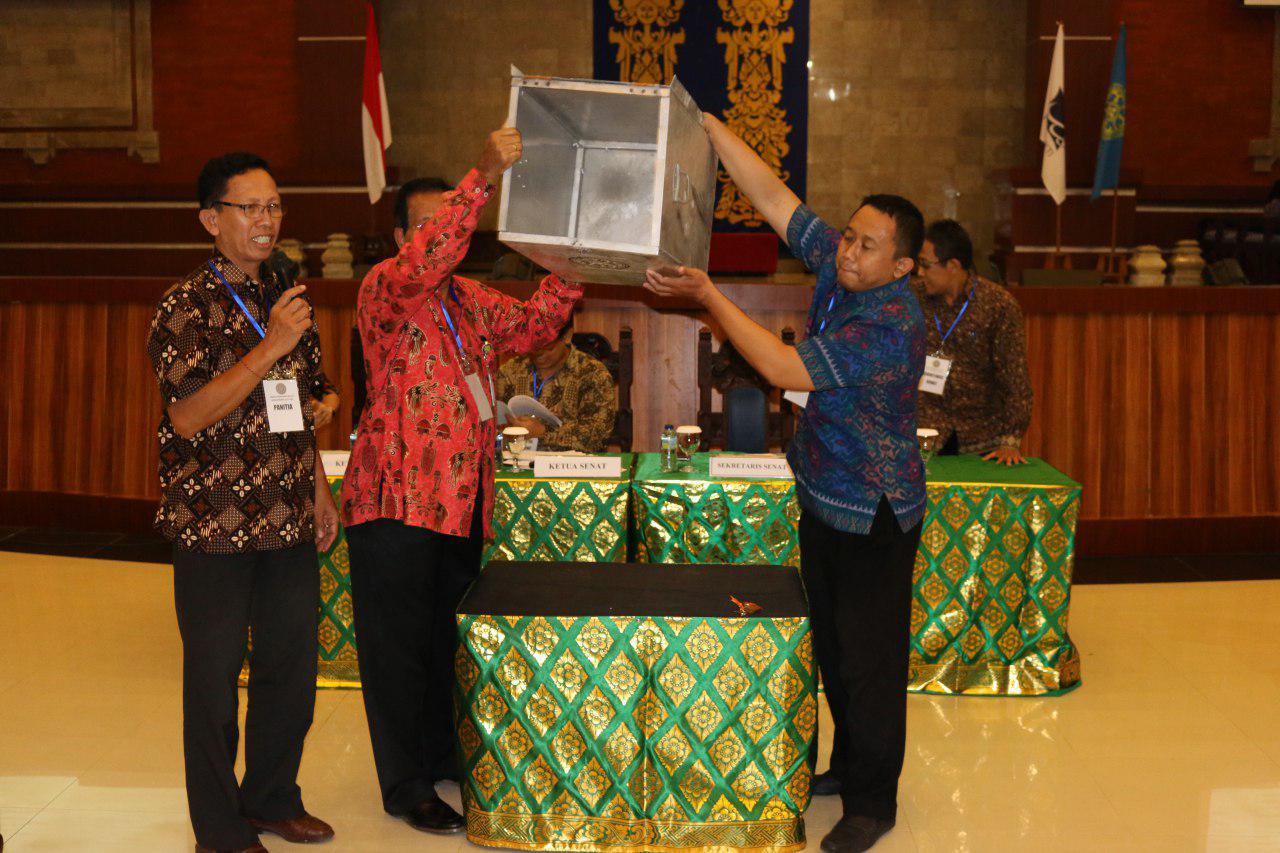 (Checking the vote box before the election begins) 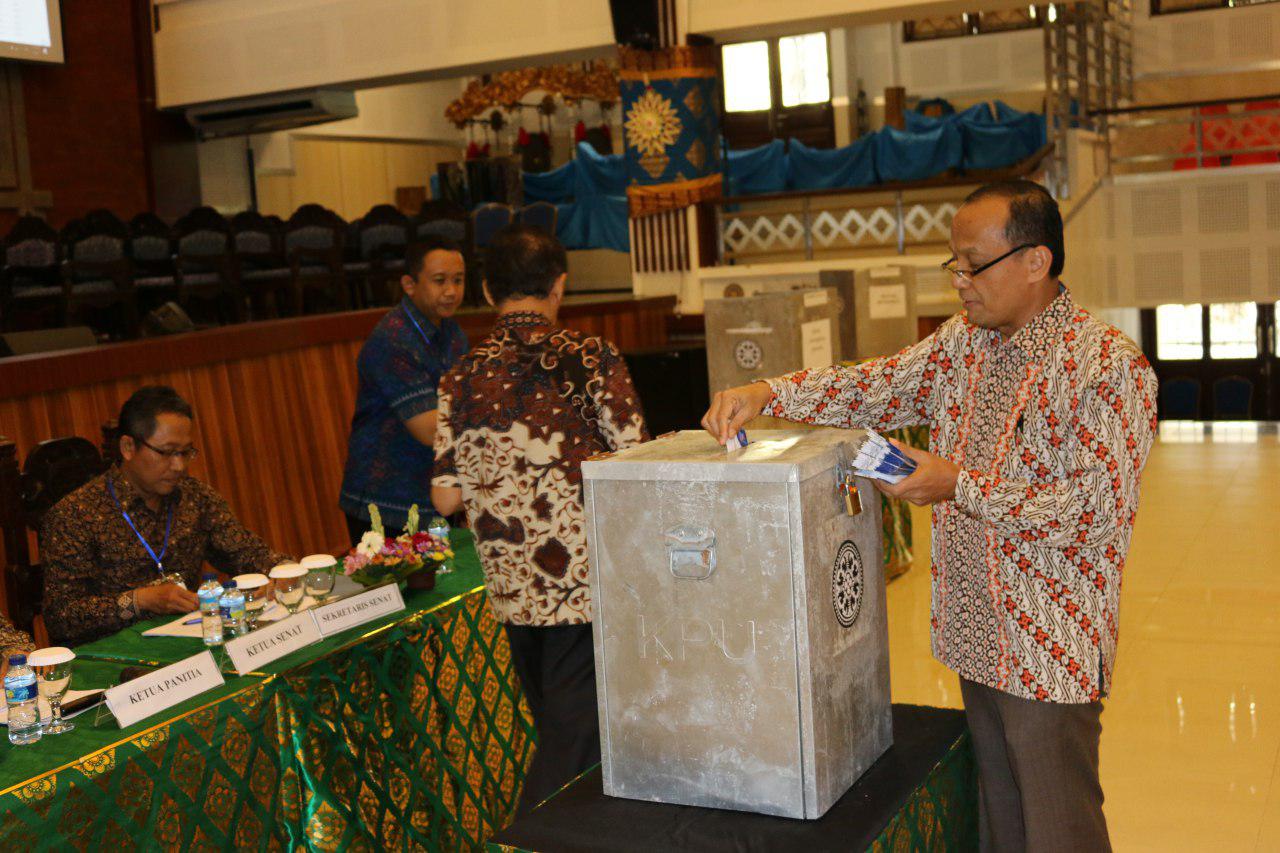 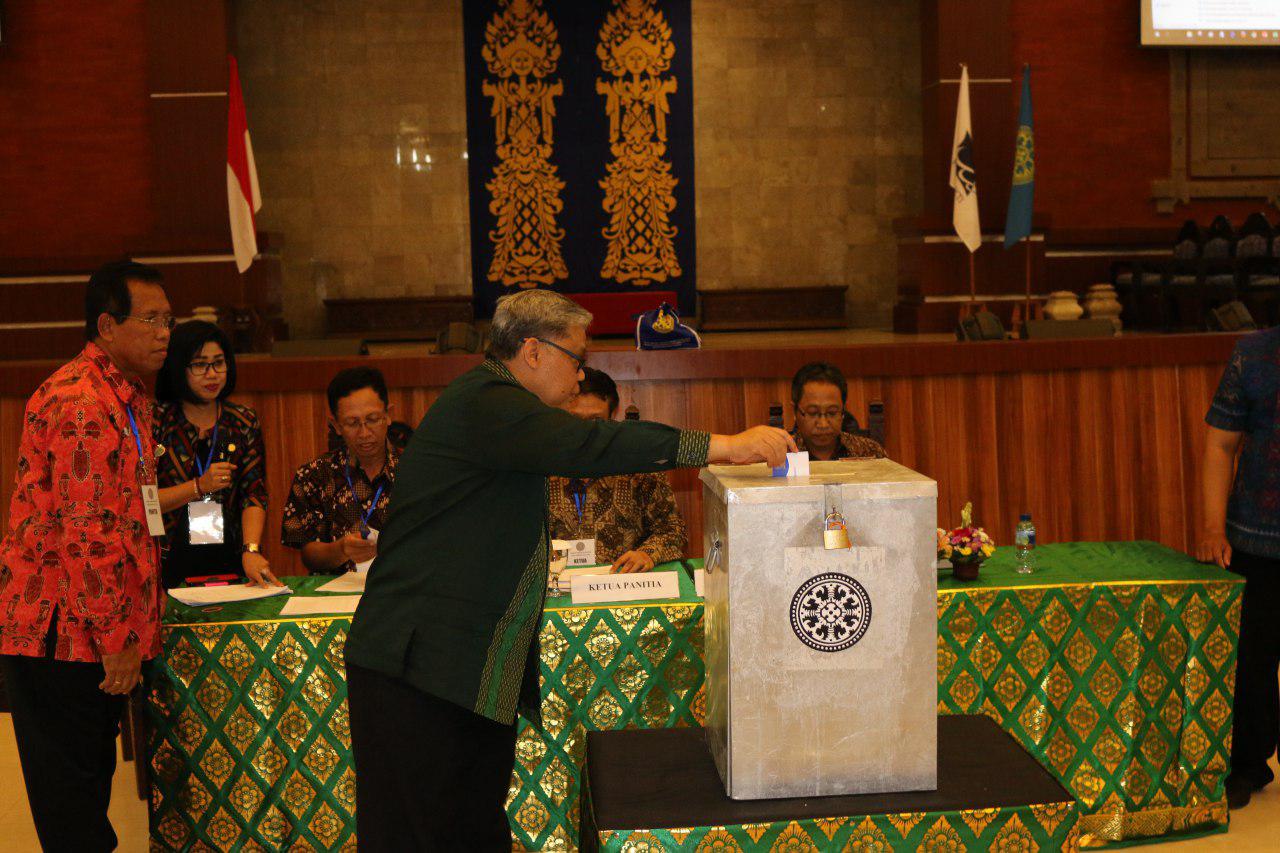 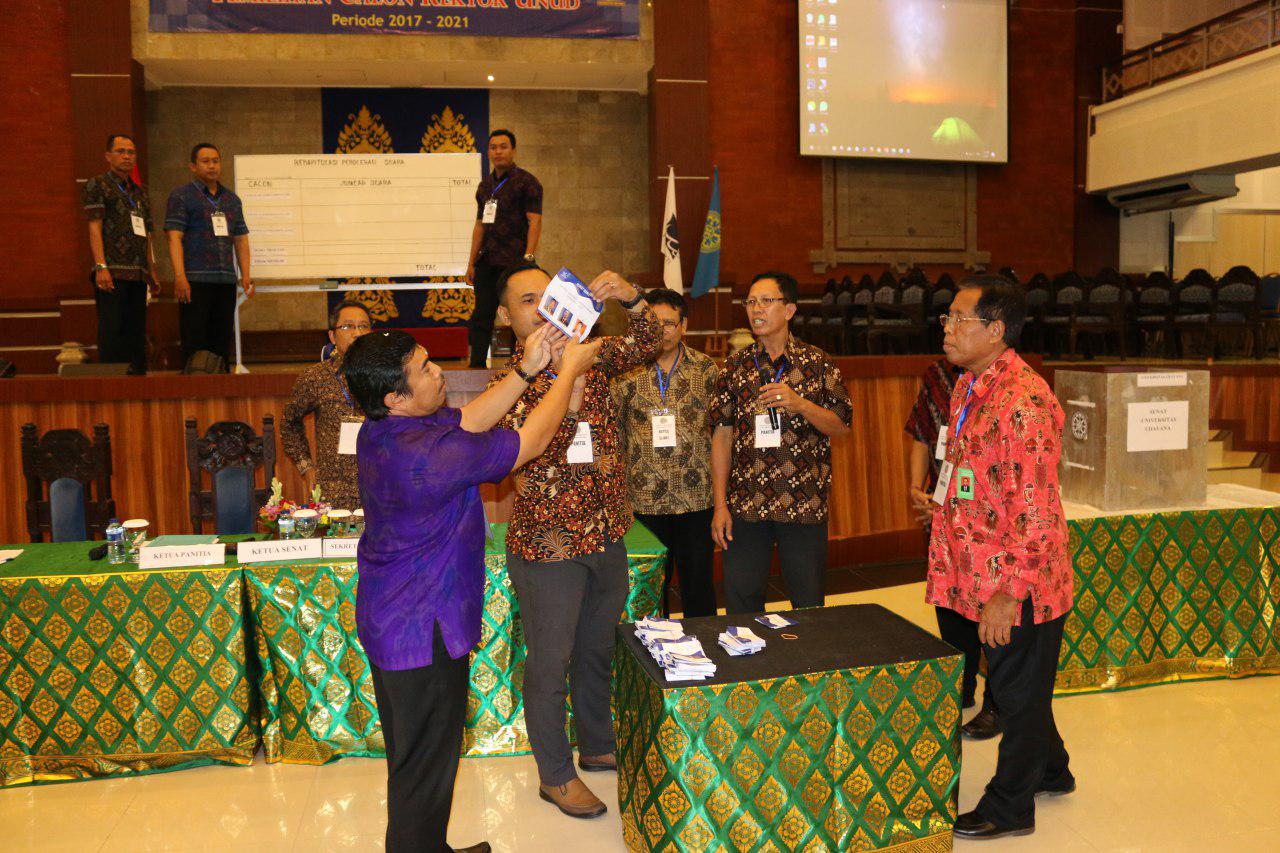 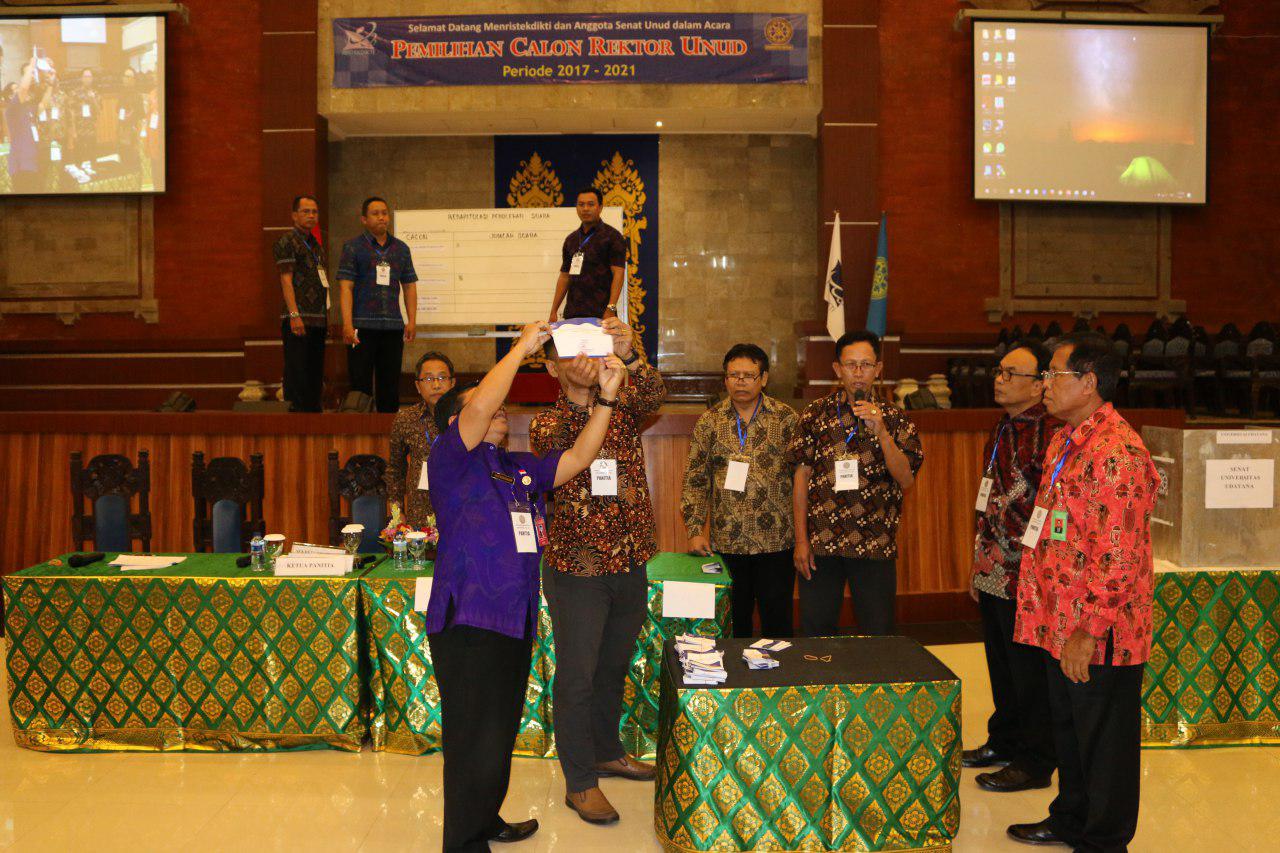 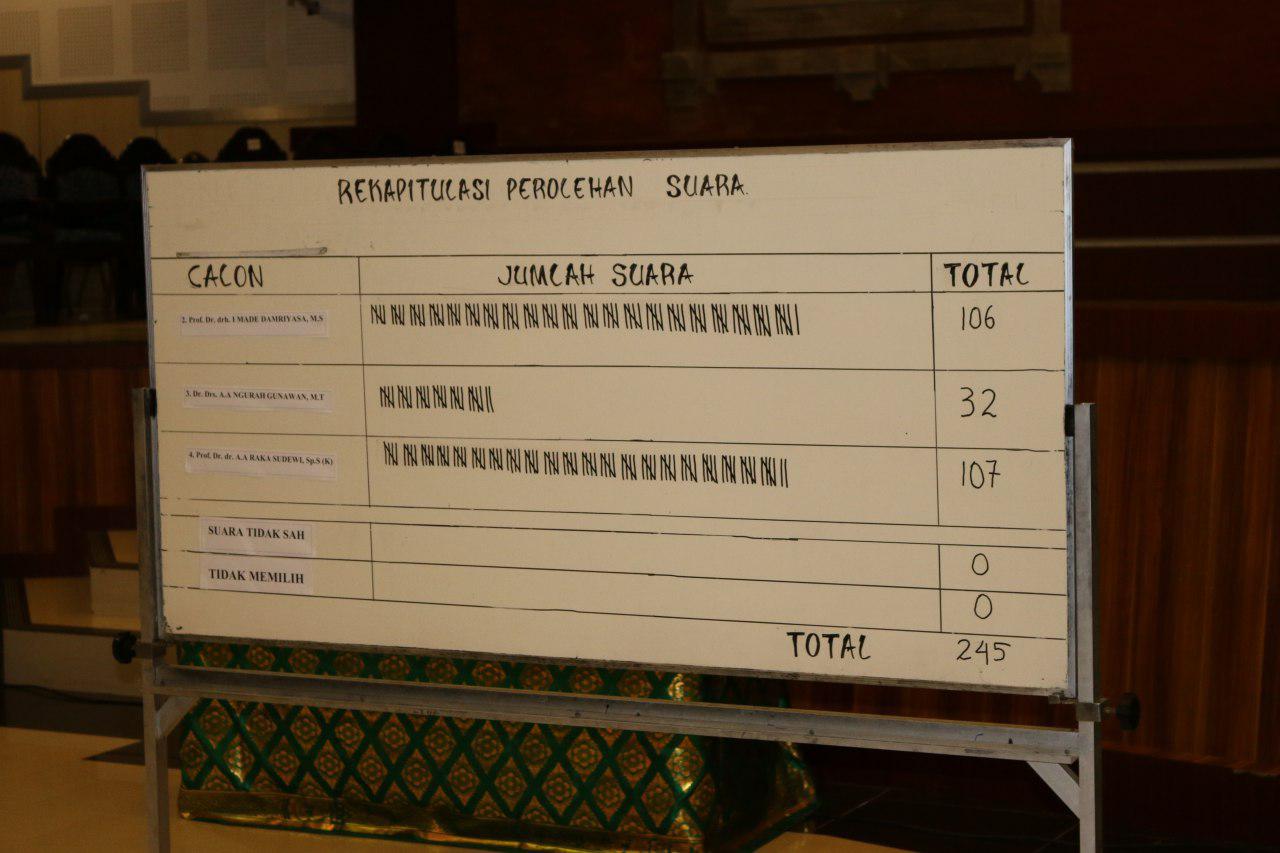