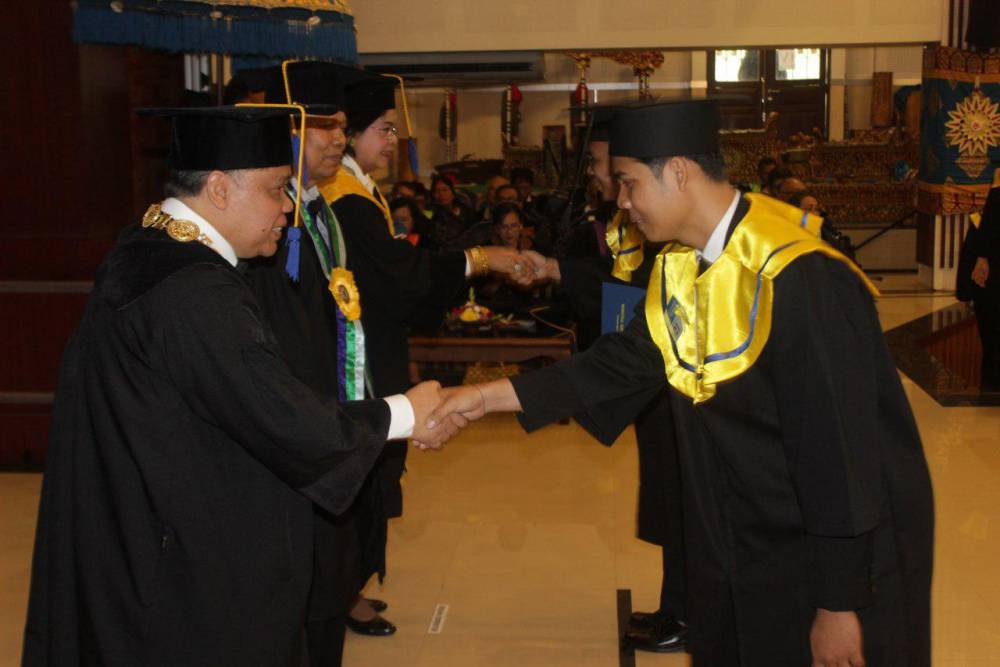 Bukit Jimbaran - Udayana University held the 122th Graduation Ceremony on Saturday (05/07/2017) at the Auditorium Building of Widya Sabha Campus Bukit Jimbaran. The number of graduates released in this period is 903 people.

Graduation candidates at this time graduated by Directorate General of Science and Technology and Higher Education Kemenristekdikti, Dr. Ir. Patdono Suwignjo, M.Eng.Sc. Who served as Plt. Rector of Udayana University. Details of the number of graduates in the 122th period according to the level of 14 people Doctoral Program, 128 people Masters Program, 20 people PPDS1, 64 Professional Programs, 527 students S1 and 150 Diploma Program. Total alumnus of Udayana University until now has reached 81,386 people. 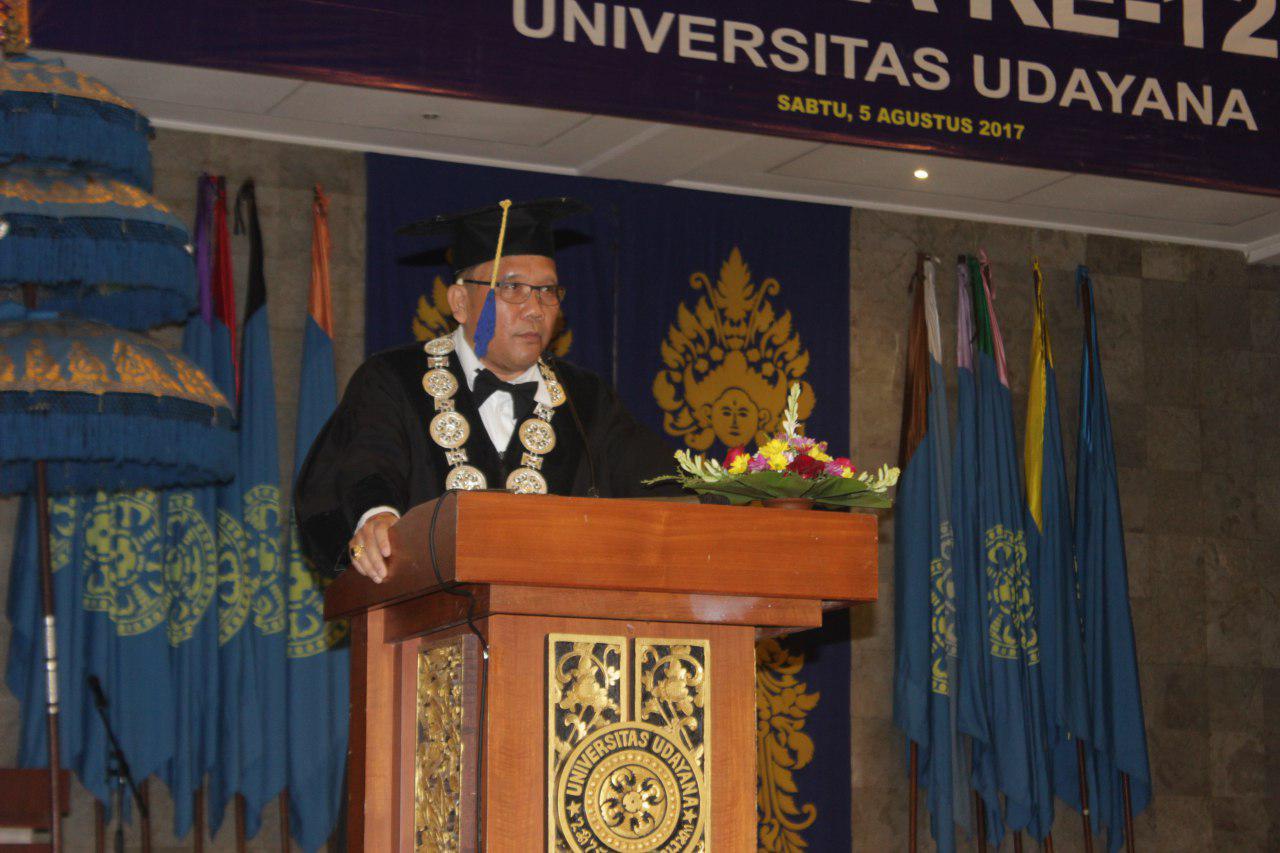 (Vice Rector for Academic Affairs, Prof. Dr. Drh. I Made Damriyasa, MS in his report)

Vice Rector for Academic Affairs, Prof. Dr. Drh. I Made Damriyasa, MS in his report said that overall the average IPK of graduates this time was quite good, as well as the average length of study. Graduation times are dominated by women, amounting to 473 people while 430 men. In terms of academic achievement, female students are better than men, the average female IPK is 3.47 while the average IPK of 3.38 male. While for the average study period, women took 7.3 semesters and men took the study period 8 semesters. On this occasion Prof. Damriyasa congratulated the graduates and acknowledged his trust in Udayana University as a place of learning process in Higher Education. 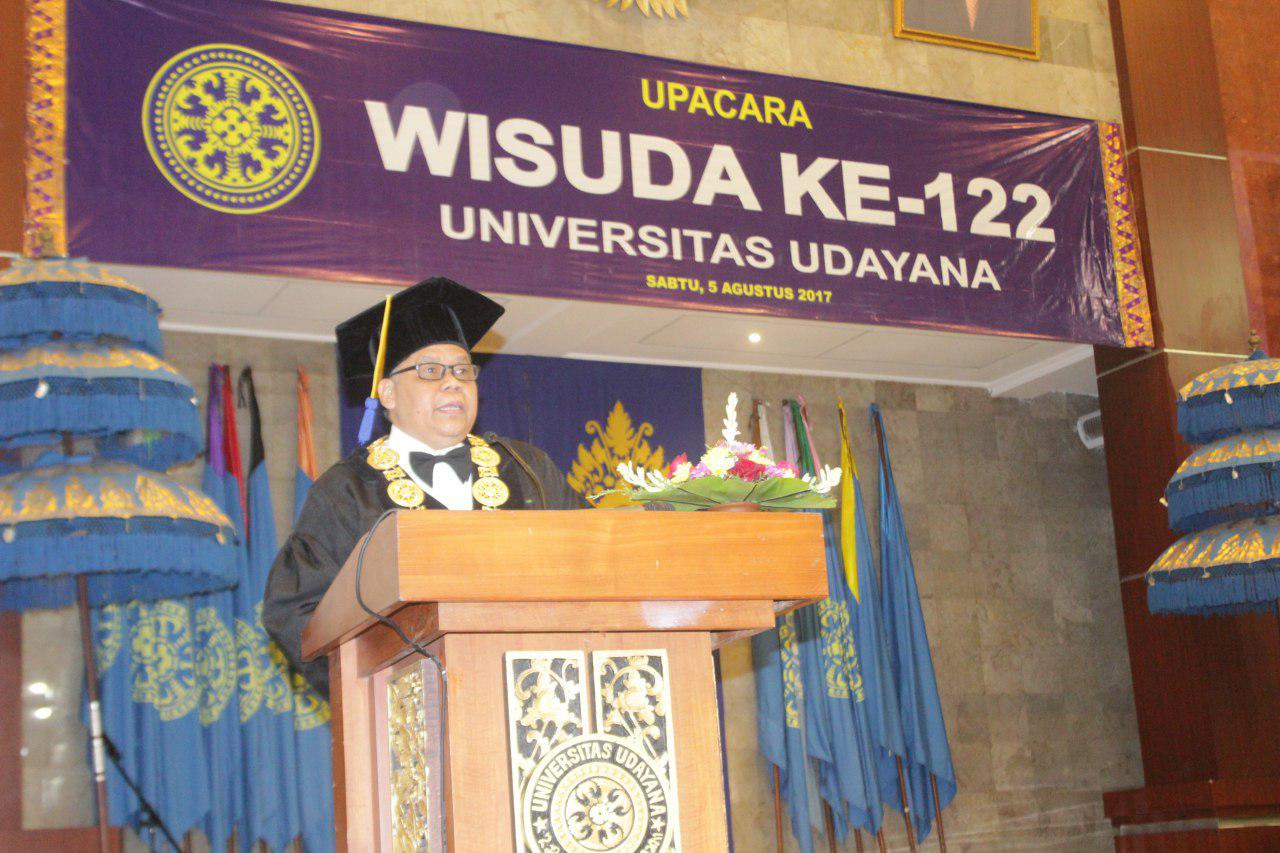 (Plt. Rector of Udayana University, Dr. Ir. Patdono Suwignjo, M.Eng.Sc when giving a speech in front of the Graduates of Unud)

Plt. Rector of Udayana University, Dr. Ir. Patdono Suwignjo, M.Eng.Sc in his speech delivered Udayana University as an institution of higher education under Kemenristedikti, keep trying to improve themselves to interpret the vision and mission of the Ministry in producing graduates with strong competitiveness of the nation. With the enactment of the Asean Economic Community (MEA) in January 2016 which led to a free flow of skilled labor among ASEAN countries, from the report of competitiveness among the countries in the world is reported by World Economic Forum, Indonesia's competitiveness is still less than Singapore And Malaysia.

Therefore, Udayana University graduated students that are expected to be able to compete with the work force in ASEAN region. Universities in Singapore are building competencies to make their graduates the most competitive 2nd order in the world. The competence that is built is to be a self-confident figure, an independent learner, contribute actively and become a caring citizen. Although in Indonesia the competence is not yet visible but explicitly or implicitly can be developed during the course. On this occasion Plt. Rector appealed to graduates to study throughout life and do not know the age limit. Science resources are widely available on the internet that can be accessed at any time. Even though you have graduated, the spirit of learning must remain lit. (PR) 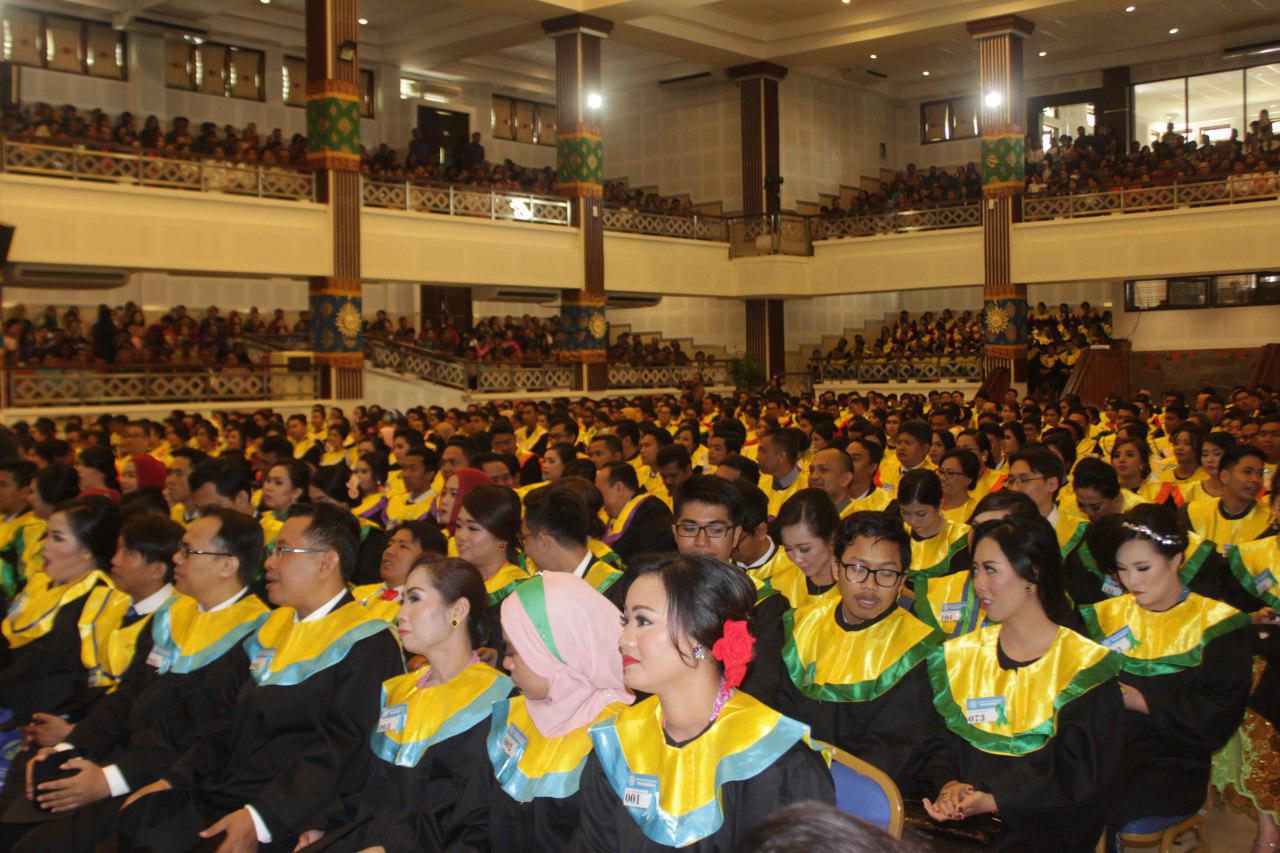 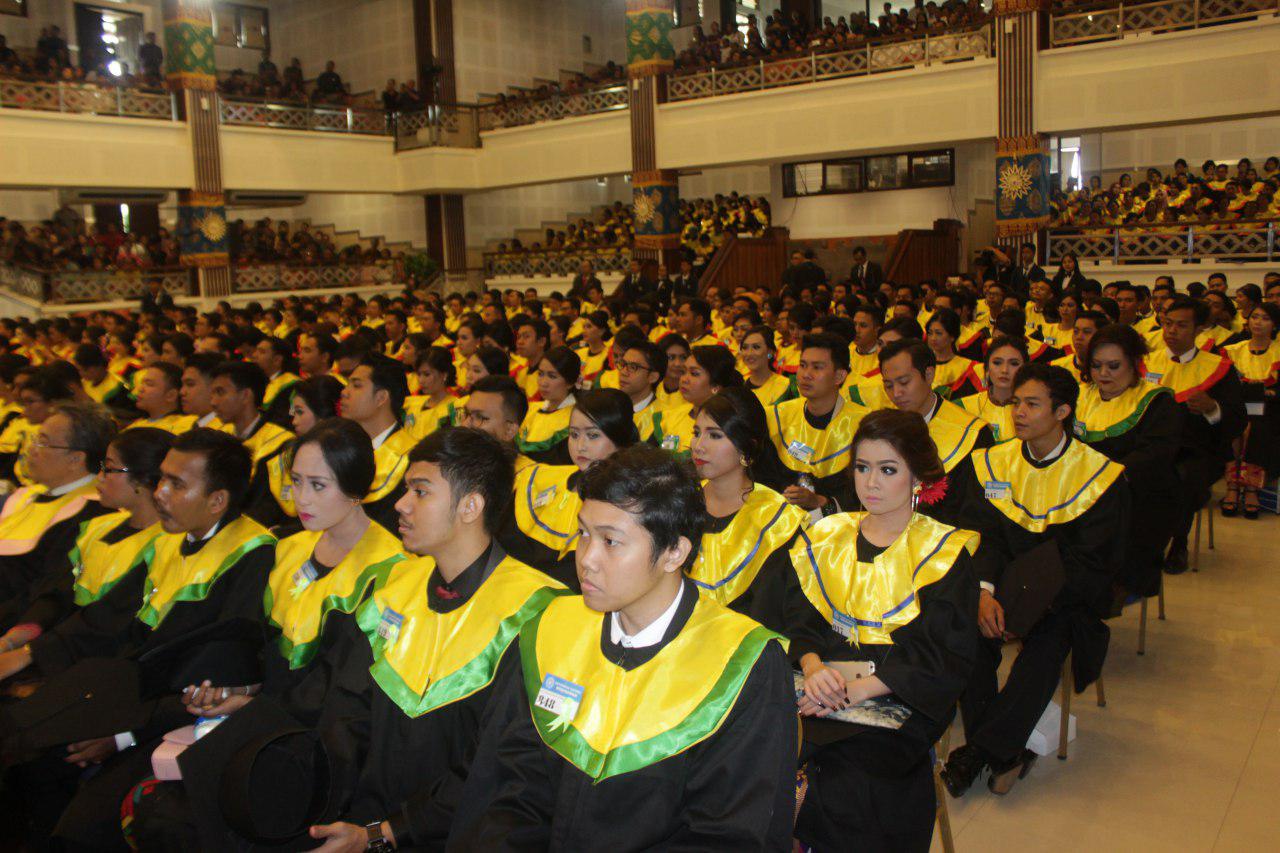 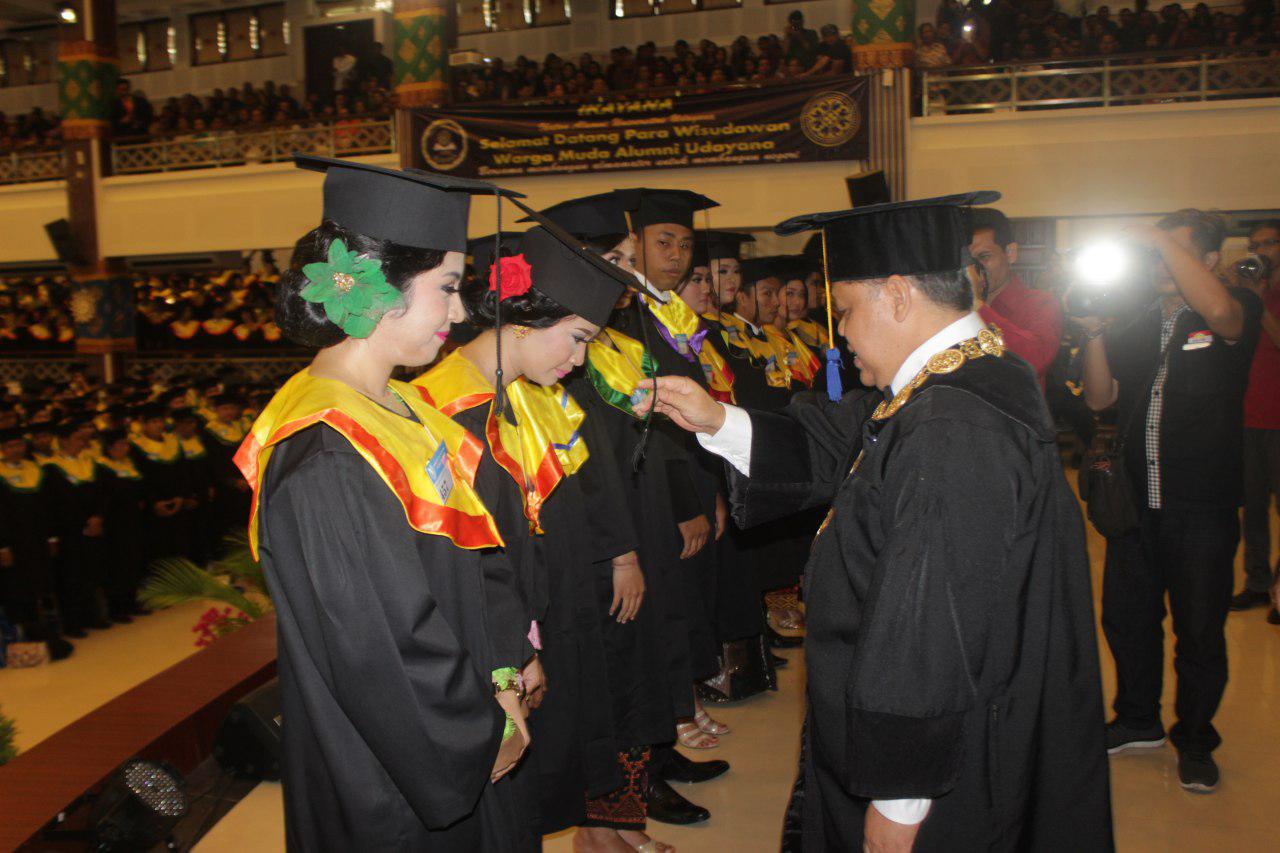 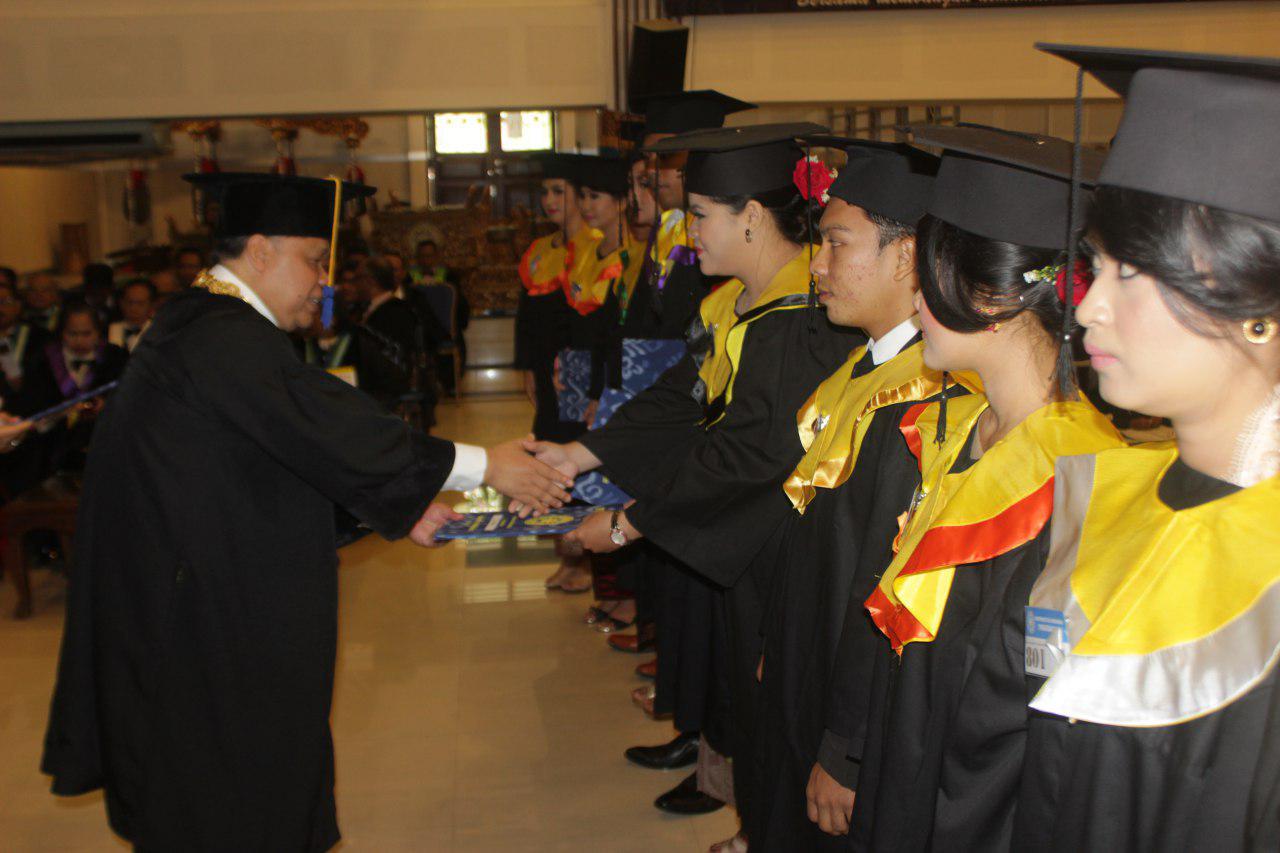