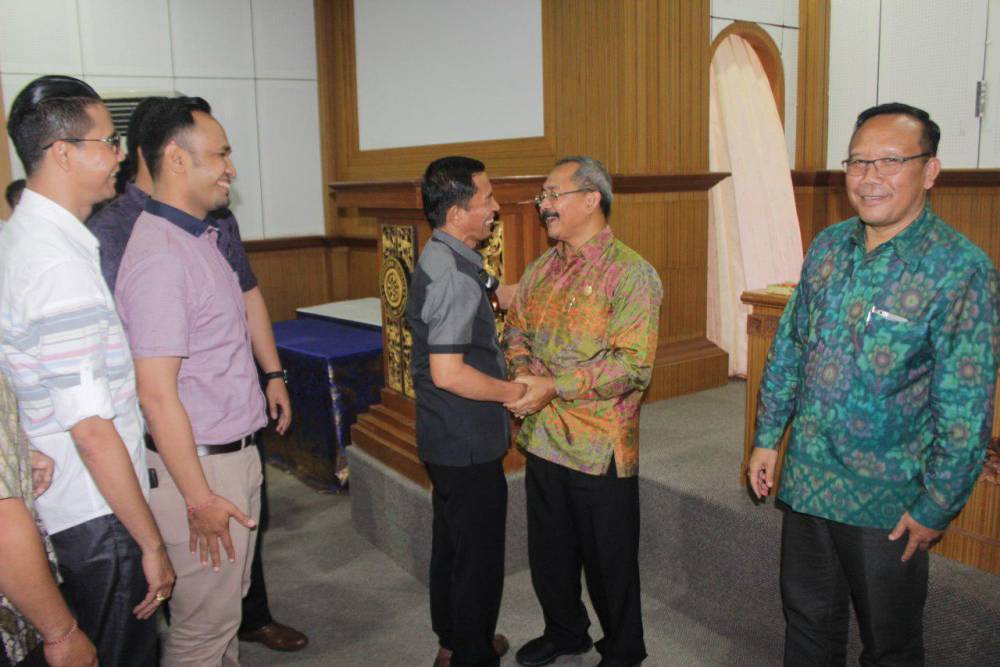 Prof. Suastika started the event to express his gratitude to all the ranks that have been supportive during his four years of leadership. During his tenure, Prof. Suastika felt a close sense of brotherhood with all of his staff. Thanks to many things that have been generated during these four years. A conducive working environment and working relationship can create a good working environment, while openness is also key in fostering a working relationship. Prof. Suastika hopes that the staff will be more focused in working to advance Udayana University. Prof. Suastika also conveyed his apologies during his tenure as Rector if he have made a mistake or made inconvenience to all ranks of Rectorate.

Prof. Suastika is famous as a rector who was humorous and very close to the staff. It is seen in this activity, the laughter of the audience burst when Prof. Suastika conveyed his jokes. During his tenure he often visited and greeted staff to their respective rooms. Early leadership Prof. Suastika held an event that went to faculty to find input in arranging work program that will be done while serving as Rector. After taking office, Prof. Suastika plans to continue his research which was delayed and served as a lecturer at the Faculty of Medicine. 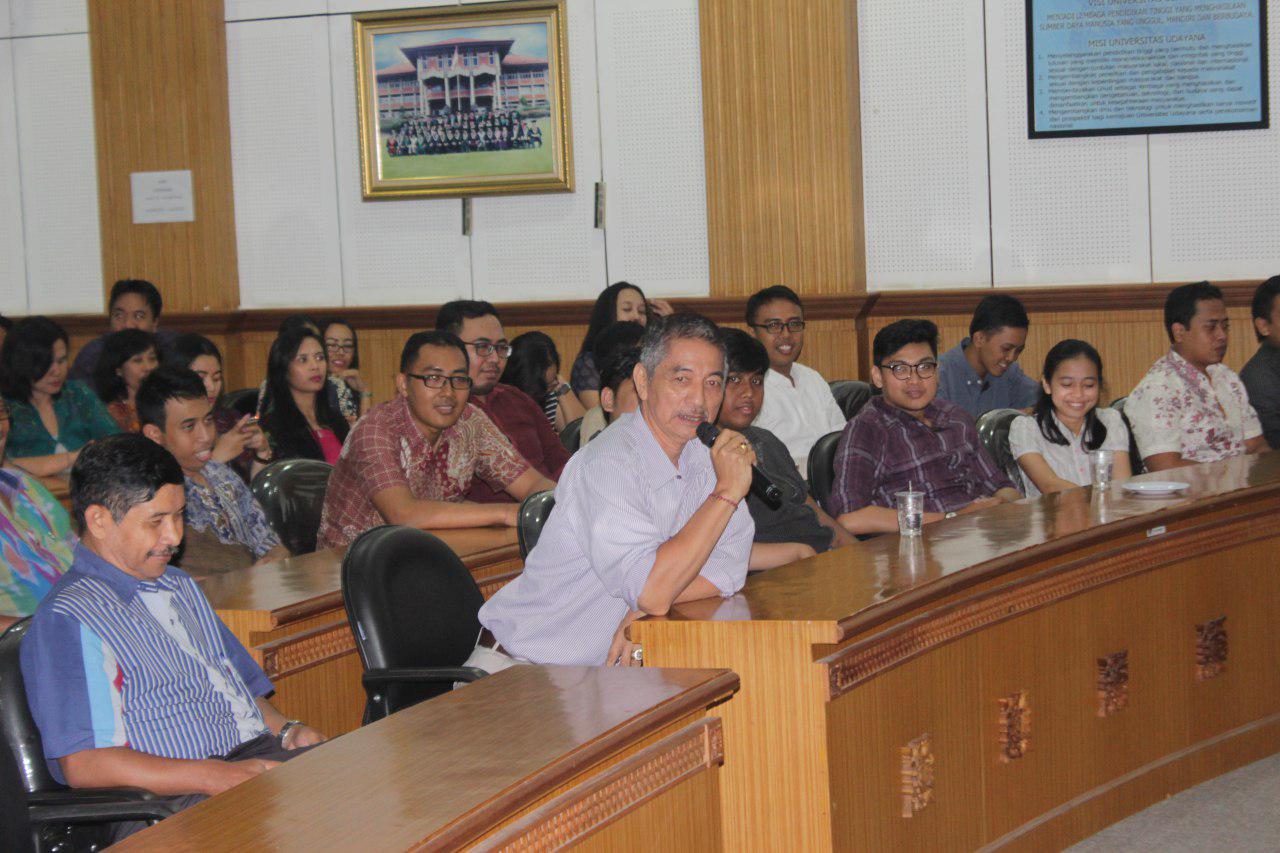 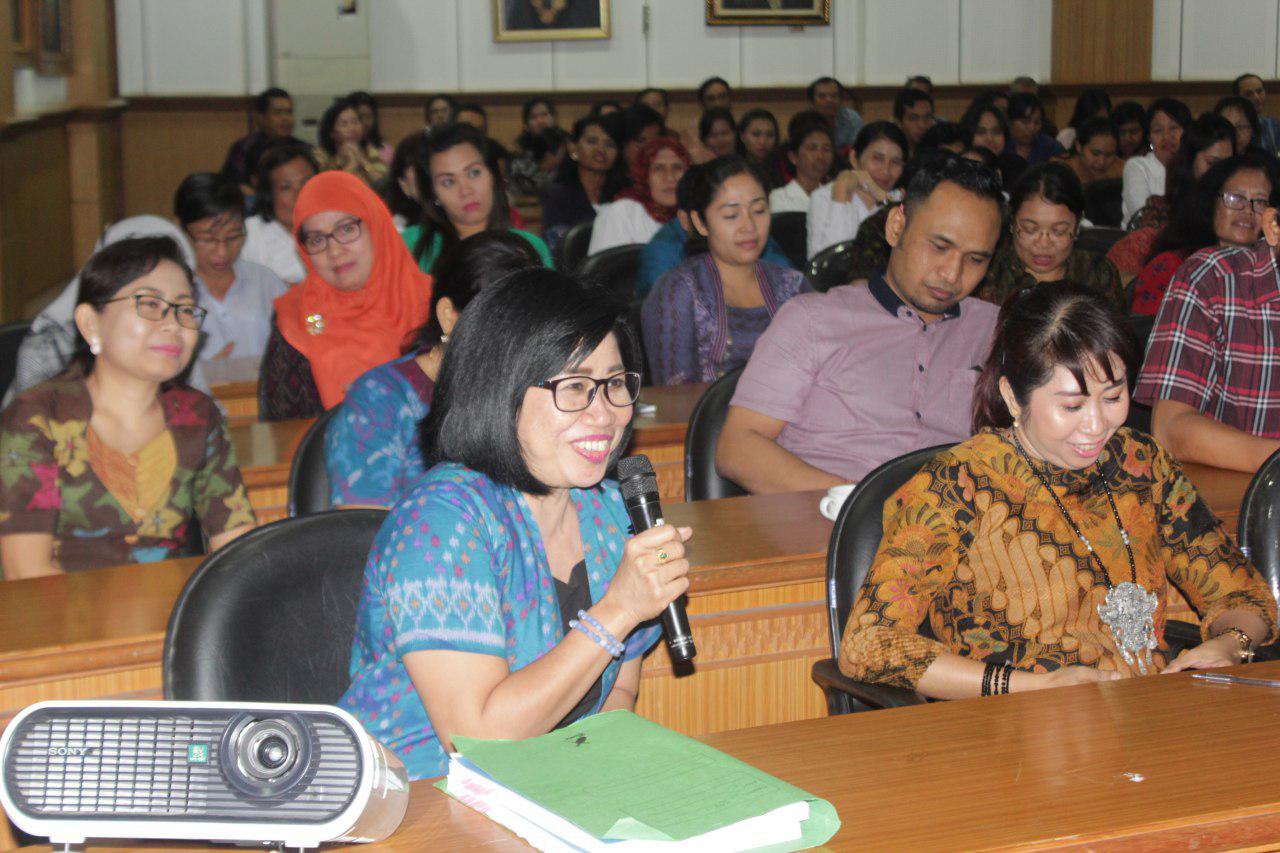 The Vice Rectors, Rectorate and Hospital staff representatives of Universitas Udayana gave impressions during the leadership of the Rector of Suastika. In the eyes of the Vice Rectors, the figure of Prof. Suastika was a teacher and role model for them. In the eyes of the staff of Prof. Suastika included a forgiving figure and directed staff to the applicable working procedures.

In the end of Prof. Suastika as the Rector, the reinforce of leadership in Unud started on July 12, 2017 until the longest inauguration of Udayana University Rector for the period of 2017-2021 will definitively be held by the Executing Officer of the Ministry of Research, Technology and Higher Education which designated directly by the Minister. In this case Dr. Ir. Patdono Suwignjo, M.Eng.Sc, Director General of Institutional, Scientific and Higher Education received an order from the Minister to act as the Rector's Chief until the inauguration of Rector of Udayana period 2017-2021. (PR) 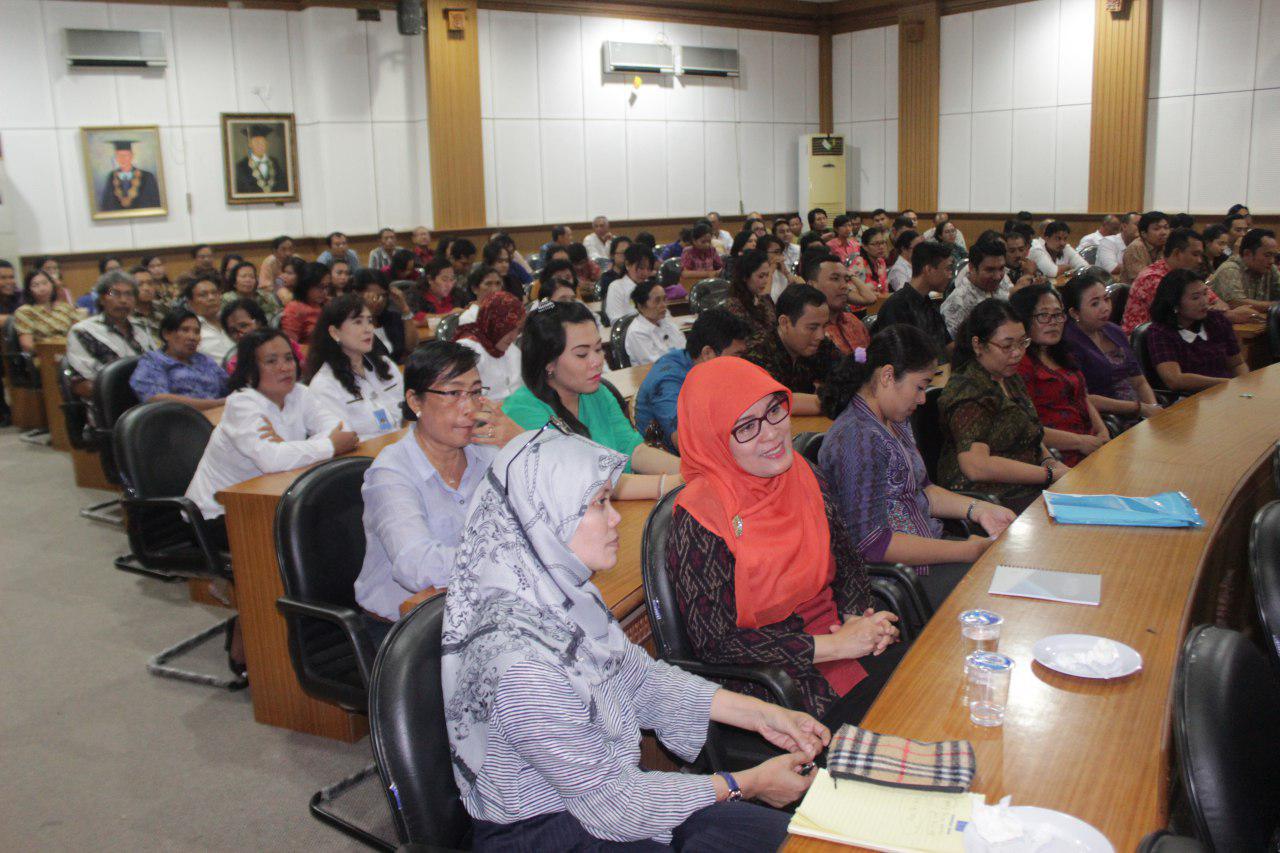 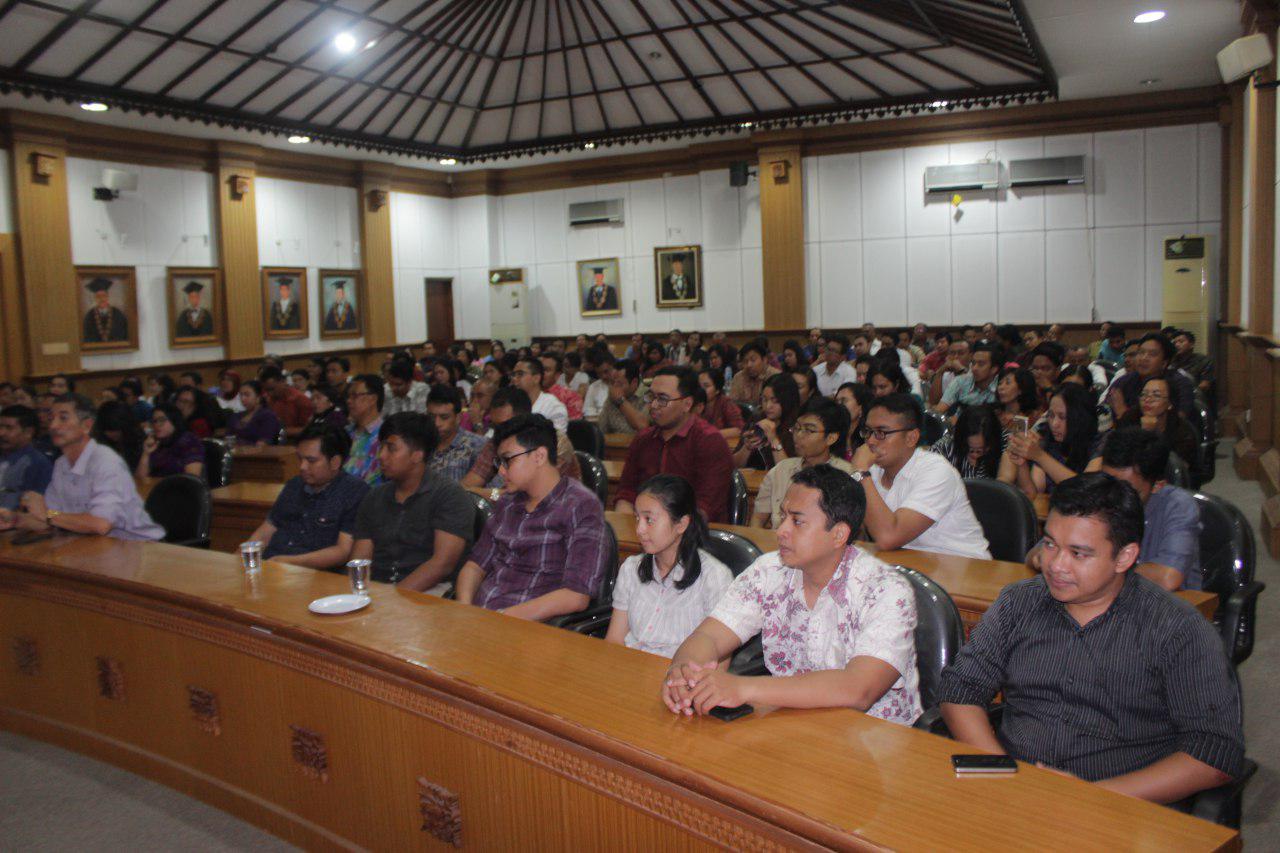 (This activity was attended by Vice Rectors, The Head of Bureau, and All Staff in Rectorate Udayana University) 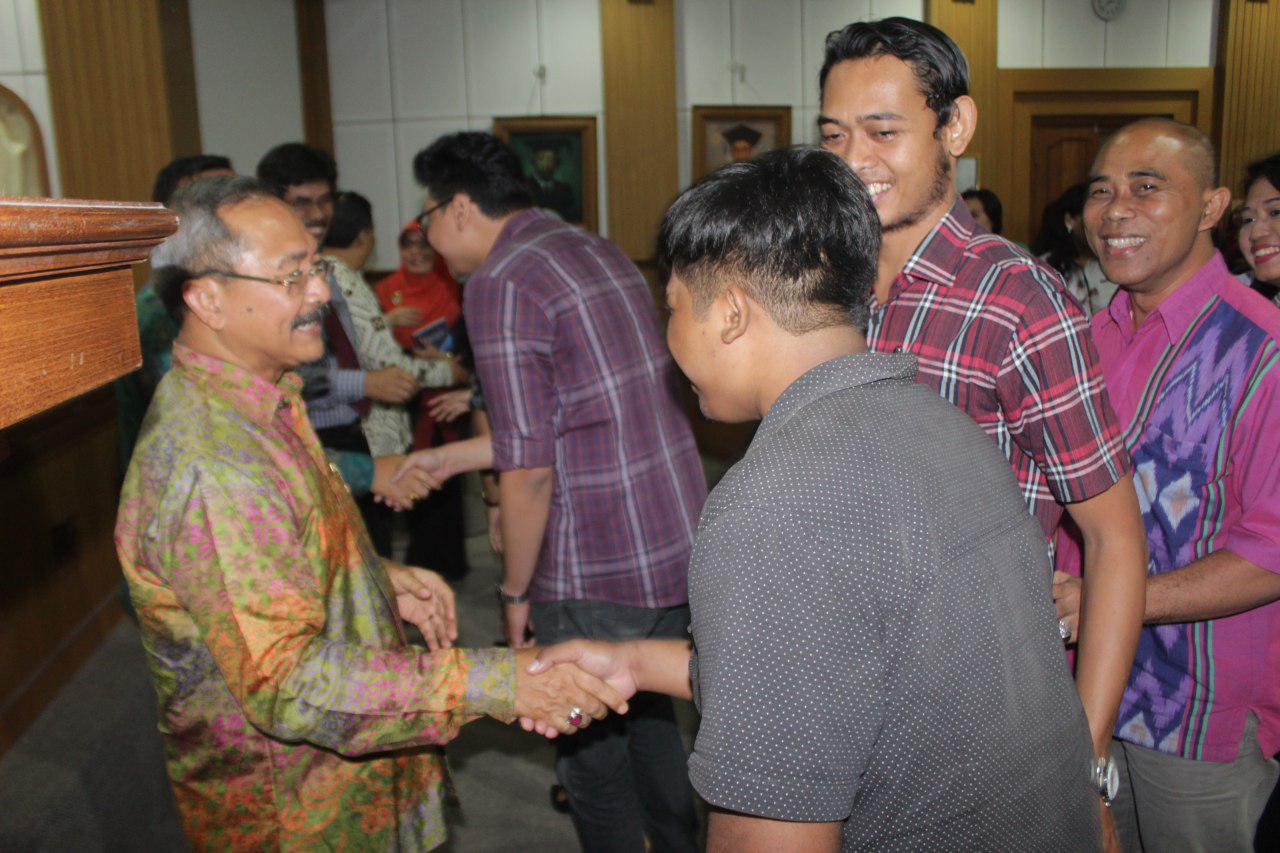 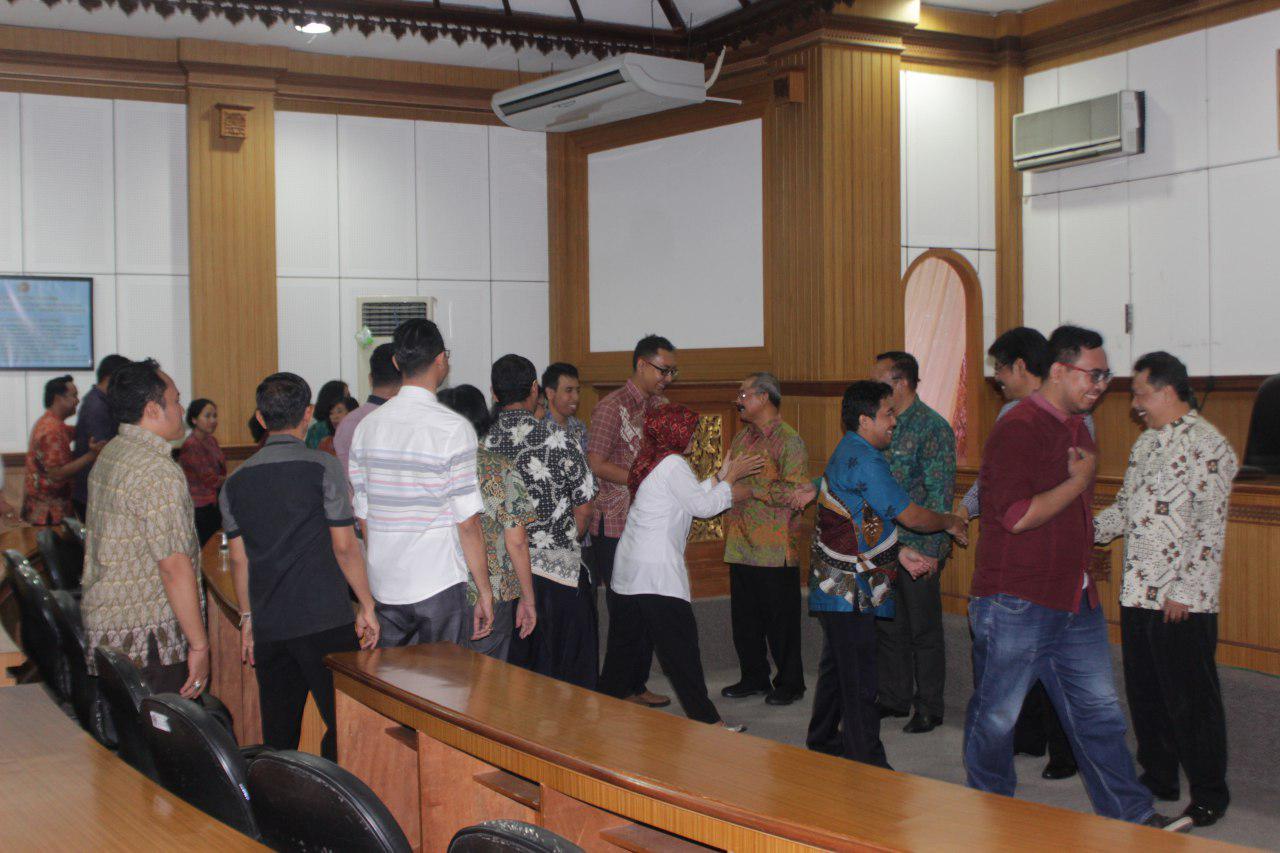