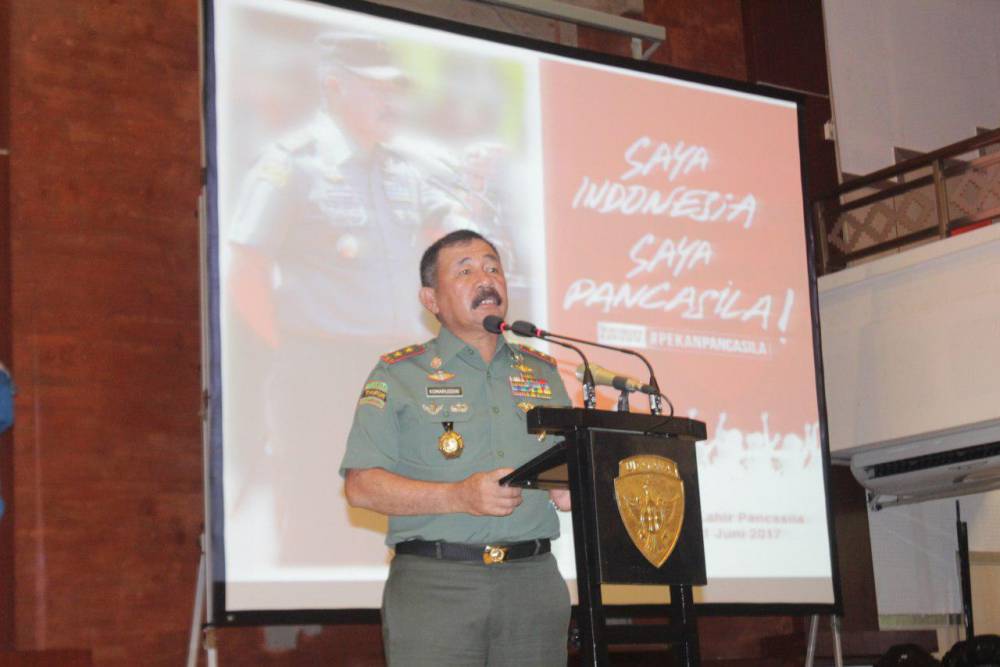 Rector of Unud, Prof. Dr. dr. Ketut Suastika in his speech expressed his appreciation to Pangdam IX / Udayana who has been willing to give stock to prospective graduates through this public lecture. Further Prof. Suastika conveyed what the graduates earned during the course of different education with real life. We must always learn what is happening in our environment and what the nation faces in order to remain intact in NKRI. In the future, it is expected that all components of the nation should jointly develop what is the ideals of the founders of the Indonesian nation. Rector also hopes that through this public lecture can give an understanding about the meaning of life of nation and state to be able to realize the ideals of the nation become stronger. Prof Suastika also briefly shouted "Saya Indonesia, Saya Pancasila" which was followed by the audience. 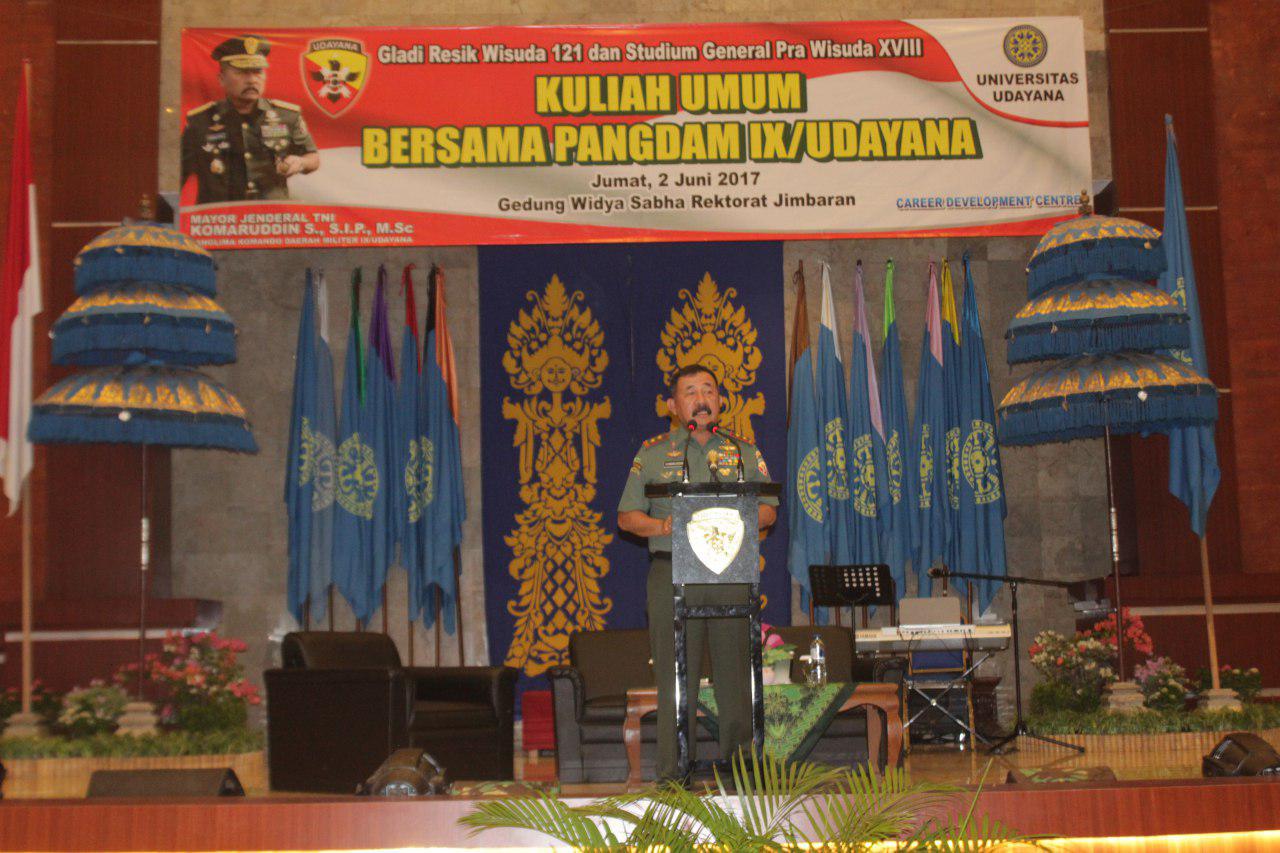 Pangdam IX / Udayana, Major General TNI Komaruddin Simanjuntak, SIP, M.Sc started his presentation by describing the situation of the Indonesian struggle during the colonial period through the photos obtained in 2016. The role of youth during the struggle begins with burning by the spirit of heroism because of colonialism By spearheading the national awakening. Furthermore, the Regional Military Commander said that the students must have a plan that will be done after graduation by applying the knowledge they have for the benefit of NKRI. Students also have to make big decisions after graduation whether to continue their education or find a job.

Pangdam also gave an illustration of Malthus Theory 1798 where population increases as a series of measurements and food availability increases as a series of arithmetic. High population growth and energy scarcity affect lifestyles. Changes in business models influenced by technological advances affect the economy. Almost 70% of conflicts in the world are driven by scarcity of energy. While in Indonesia is rich in natural resources, but not yet managed properly. 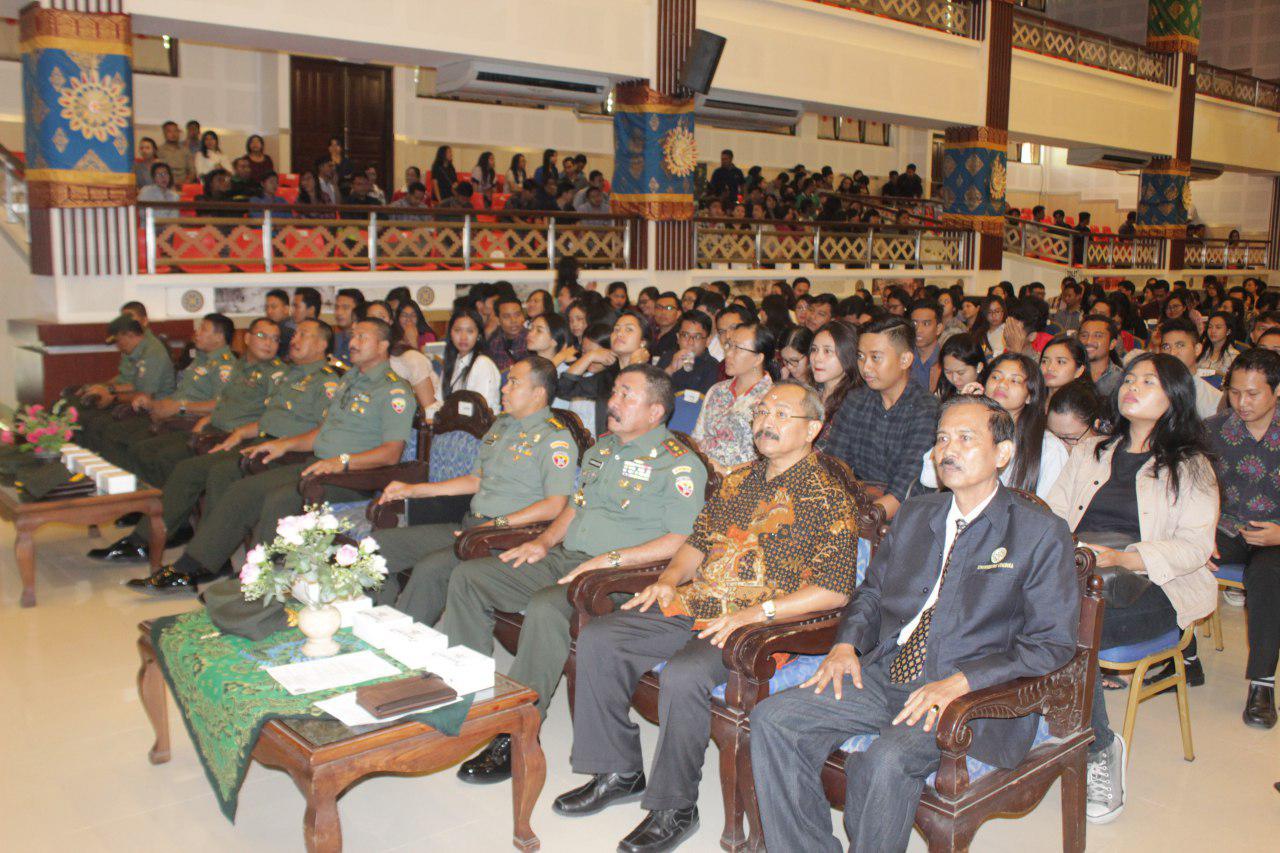 In his speech, the Pangdam also conveyed terrorist developments in the world until recently in Kampung Melayu conducted by ISIS. Indonesia's current situation has been embraced the challenge of radicalism, ISIS, social conflict and drugs. The role of the nation in maintaining Pancasila is expected through the improvement of understanding and practice of Pancasila in the life of society, nation and state. Pangdam also advised the young generation not to be easily influenced by foreign culture and the flow of globalization and began to think clearly, wisely but critically against the strange things.

Public Lecture ended with Souvenir handover by Deputy Rector III to Pangdam IX / Udayana and the appearance of Ajendam (Adjutant General Kodam) and ended by singing the song Bagimu Negeri by all the audience. (PR) 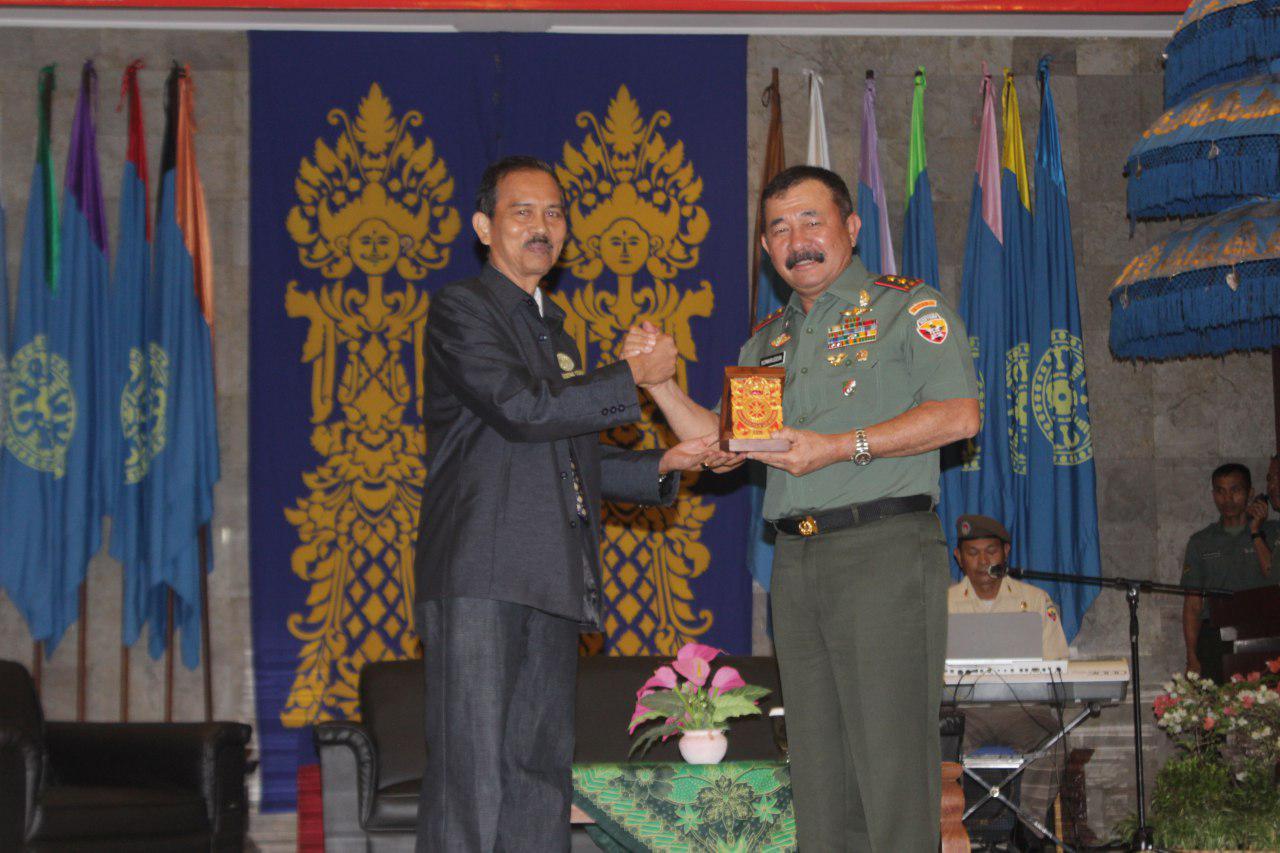