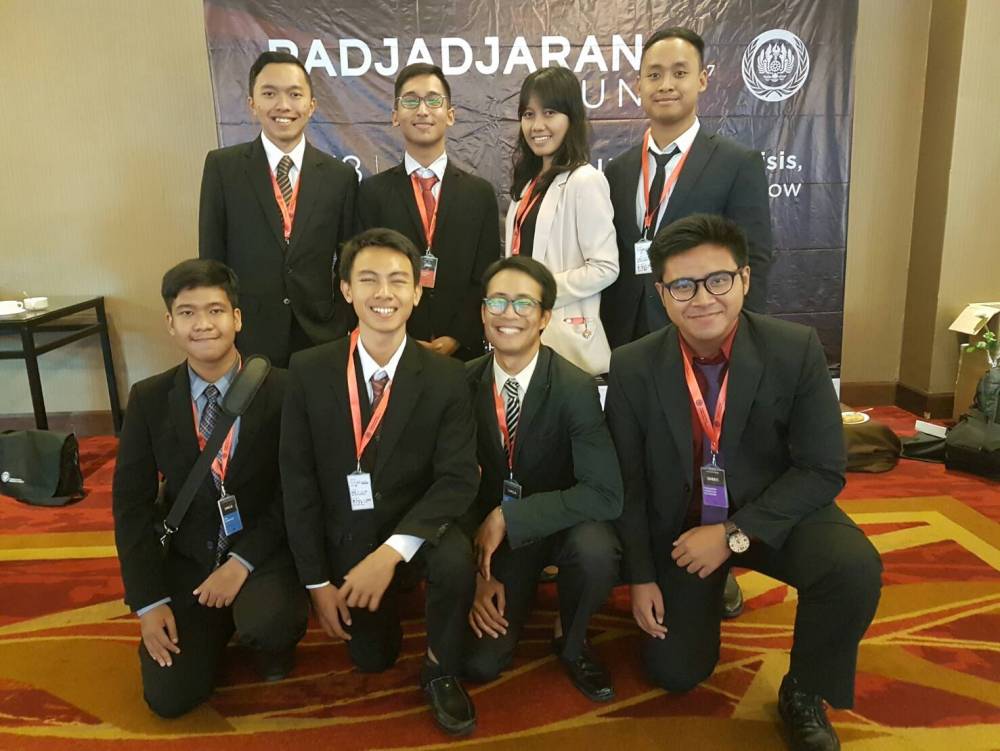 This event held for six days (from, Monday 15th May 2017 to Friday, 20th May 2017) at Padjajaran University-Bandung. This Model United Nations activity is a model activity to improve student diplomacy talents. It takes the simulation format of the United Nations (UN) session which in turn discusses and determines the direction of world policy on a global case. 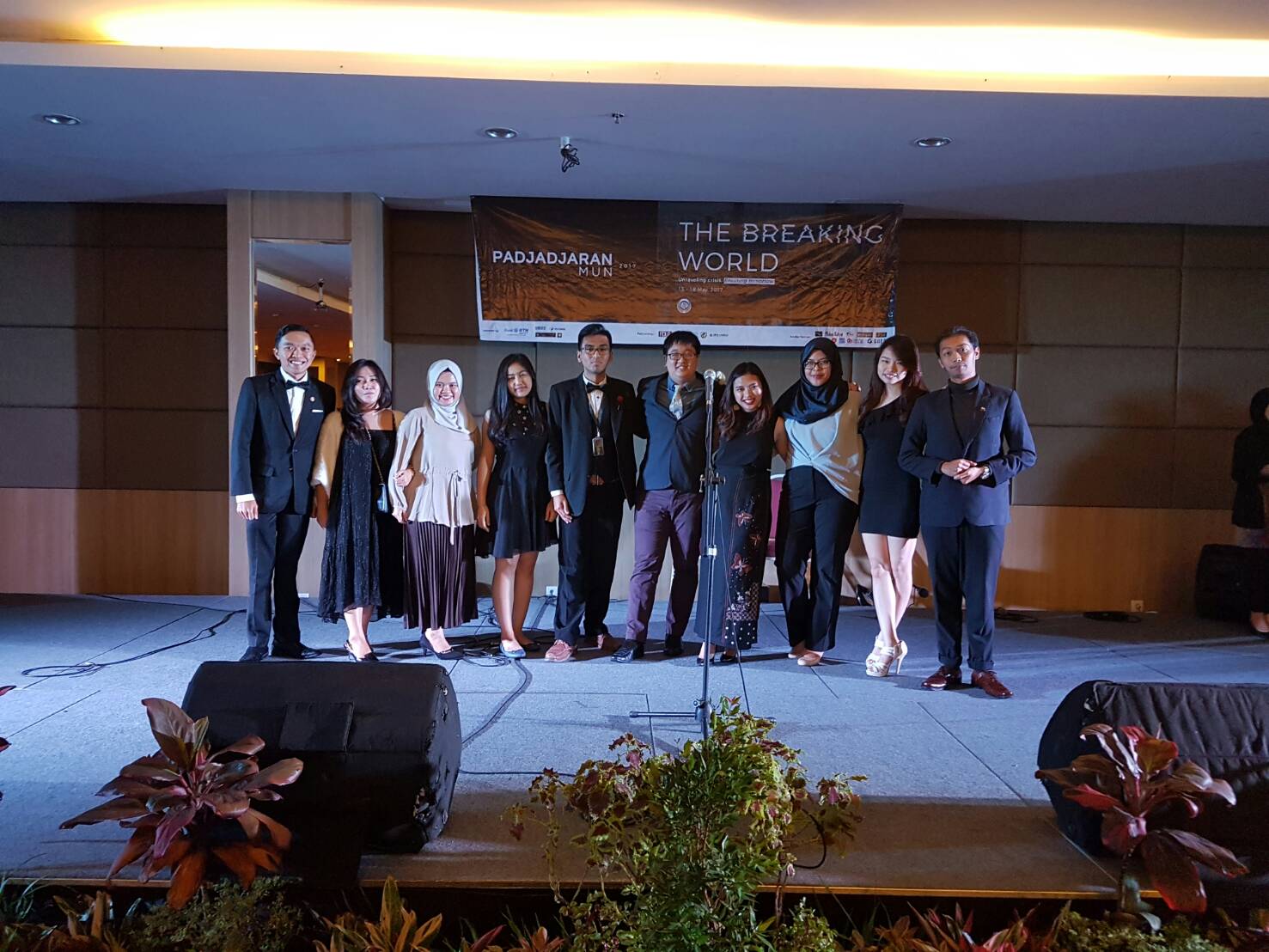 Dewa Made Nanda Wijaya (Left) and A.A Ayu Regina Mega Pratama (Four From Left) During Photo Session After Award Submission by the Committee

At the end of the activity session, there are two International Relations students who received the award from a series of simulation activities of this session. Both students are Dewa Made Nanda Wijaya who achieves the predicate Honorable Mantion and Regina Mega Pratama who achieves the title of Best Delegate.