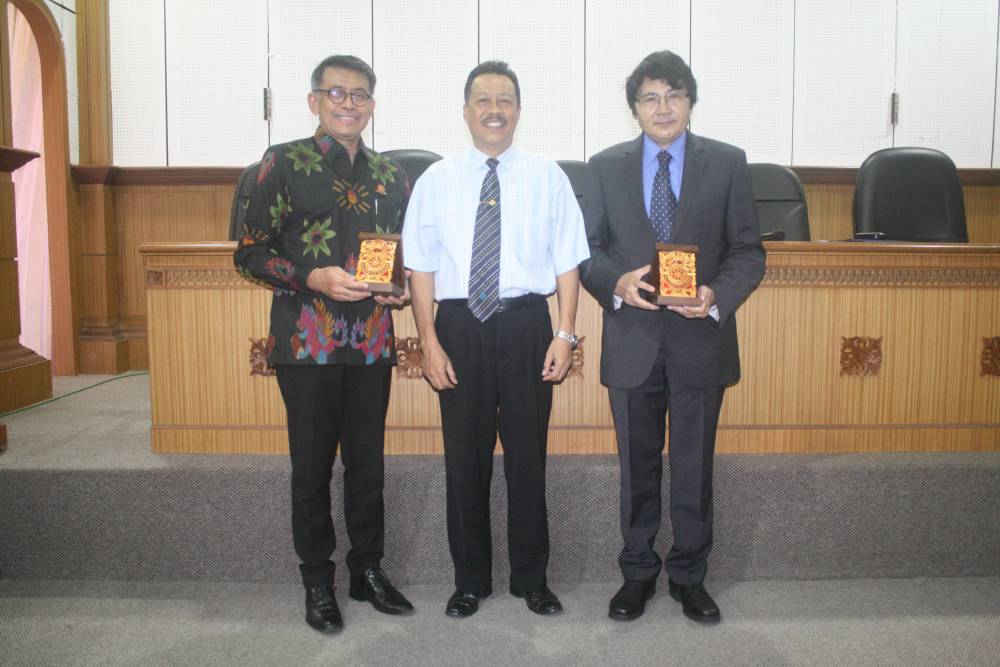 Bukit Jimbaran (18/05/2017) - Udayana University (Unud) in cooperation with the Ministry of Foreign Affairs Policy and Development Agency (BPPK) held "Debriefing Forum V Representative of the Republic of Indonesia" in Ruang Bangsa Rectorate Building Bukit Jimbaran Campus. This forum was followed by about 100 participants which consisted by academic community of Udayana University and invitation of outside institution. From the Ministry of Foreign Affairs presented the Head of BPPK along with the ranks and it presented the speakers Ambassador Extraordinary and Plenipotentiary (LBPP) RI to the Kingdom of Sweden concurrently Latvia Republic period 2011-2016, Mr. Dewa Made Juniarta Sastrawan, SE, MA RI.

Deputy Rector IV of Udayana University, Prof. Drs. I Made Suastra, Ph.D, representing the Rector of Unud, delivered the resource in this activity, Dewa Made Juniarta Sastrawan was one of the alumnus from the Faculty of Economics and Business Unud. Further Prof. Made Suastra conveyed several activities have been held through cooperation with the Ministry of Foreign Affairs, involving FISIP especially International Relations program study in the implementation of various technical activities conducted by the Ministry of Foreign Affairs in Bali.

This June will be held Focus Group Discussion (FGD) on Indonesianist. This activity is intended to produce some scientific papers that are made with a title that is tailored to the academic background as well as the mastery of the material of the Indonesians. Through scientific papers will be obtained inputs that support the interests of Indonesia's diplomacy in the future.
This debriefing forum is expected to provide an important picture of the existence of a Diploma and anyone who can be a diploma or other matters which is related to the activities of the Foreign Ministry. Prof. Made Suastra also expressed his appreciation to the Ministry of Foreign Affairs for his cooperation in organizing this event, hopefully the goals can be achieved. 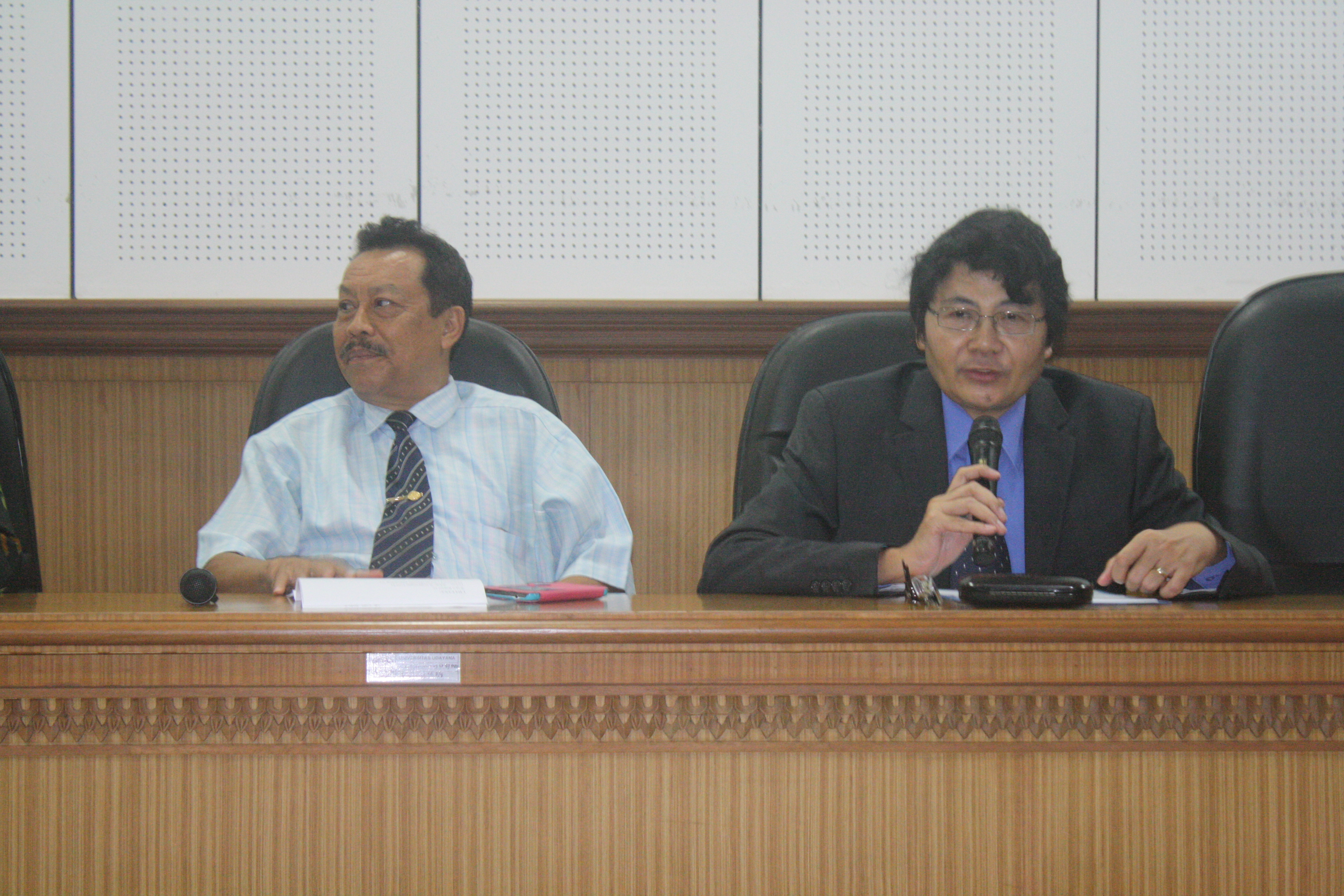 Head of BPPK of the Ministry of Foreign Affairs, Dr. Siswo Pramono, SH, LLM conveyed this Dibriefing Forum is a routine activity carried out by BPPK. Debriefing is a forum of accountability because the Ambassador is the President's which envoys as well as a representative of the state. When the term is completed, a Debriefing Forum is held for the Ambassador, held this time at Unud. The theme that was carried out in the implementation of Debriefing Forum was "Ambassador shared to Campus". The approach was the Ambassador should share his knowledge and experience on his campus of origin. The Head of BPPK also expressed his appreciation to the resource person who has been willing to share his experience during his role as Ambassador for the period of 2011-2016. 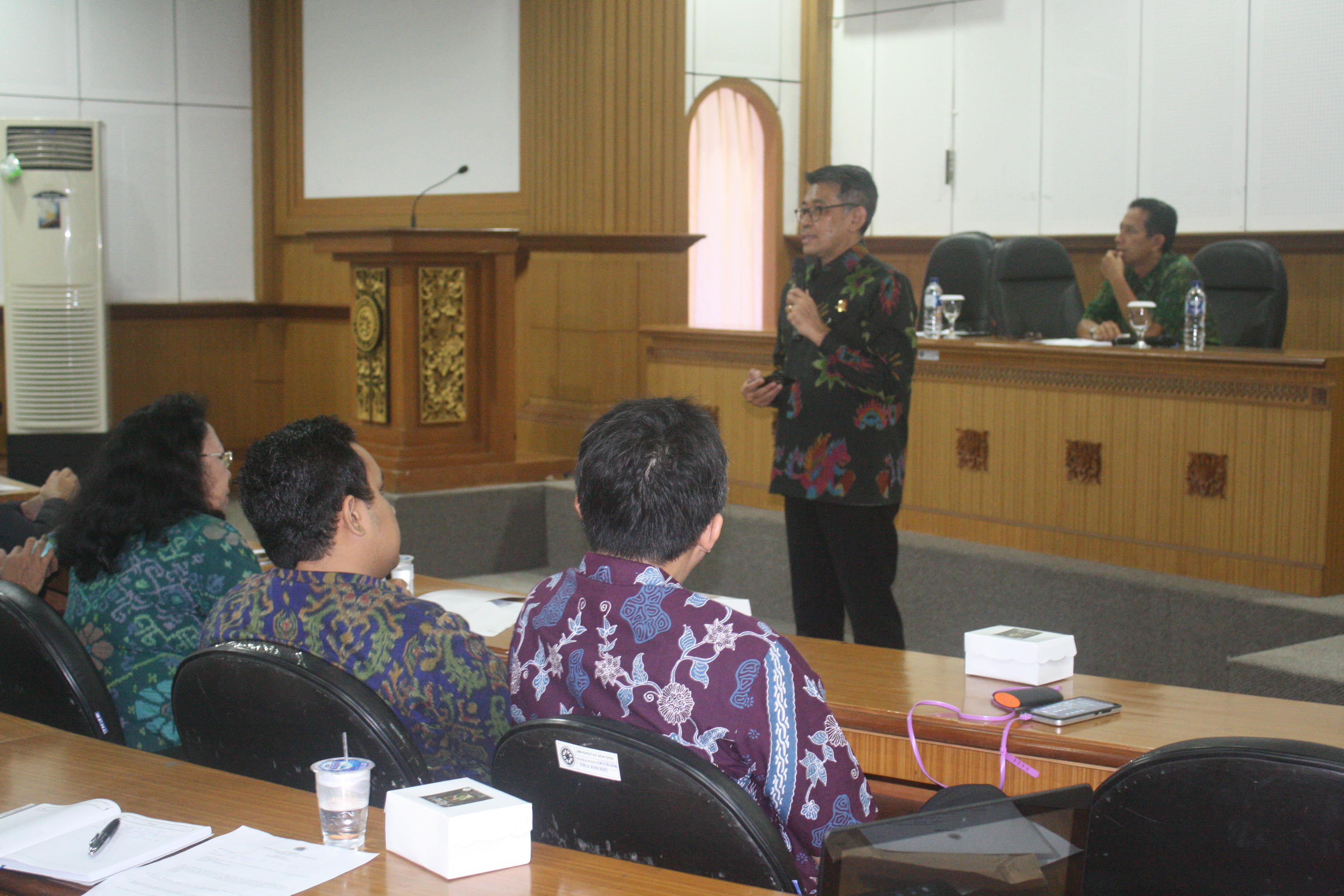 Extraordinary Ambassador RI to the Kingdom of Sweden and Latvia period 2012/2016, Dewa Made Juniarta Sastrawan in his presentation gave his experiences during the ambassador. The discussion also was interesting, many students were very enthusiastic with asking various questions. Through this event is expected to inspire and bring up ambassador candidates from Unud. (PR) 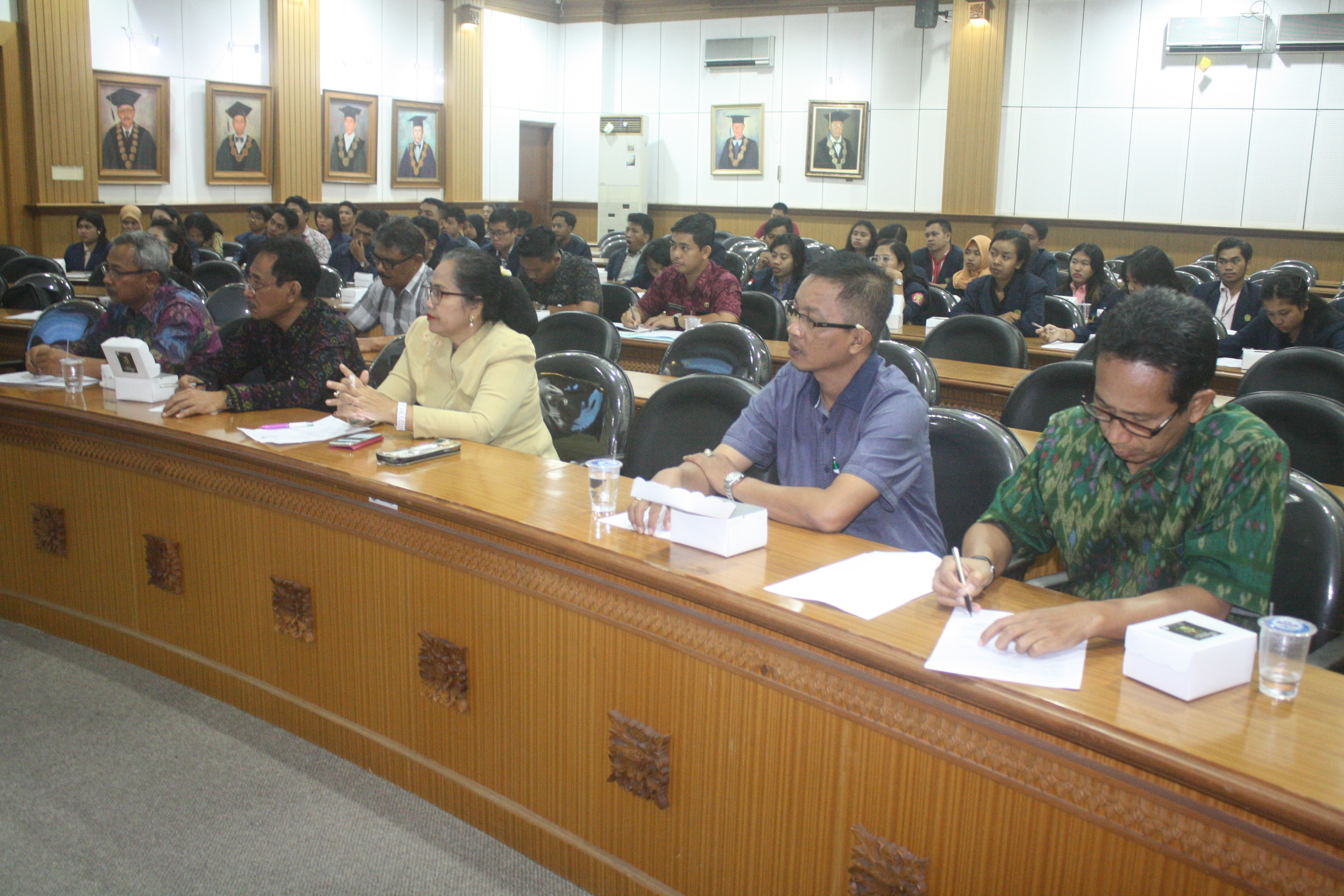