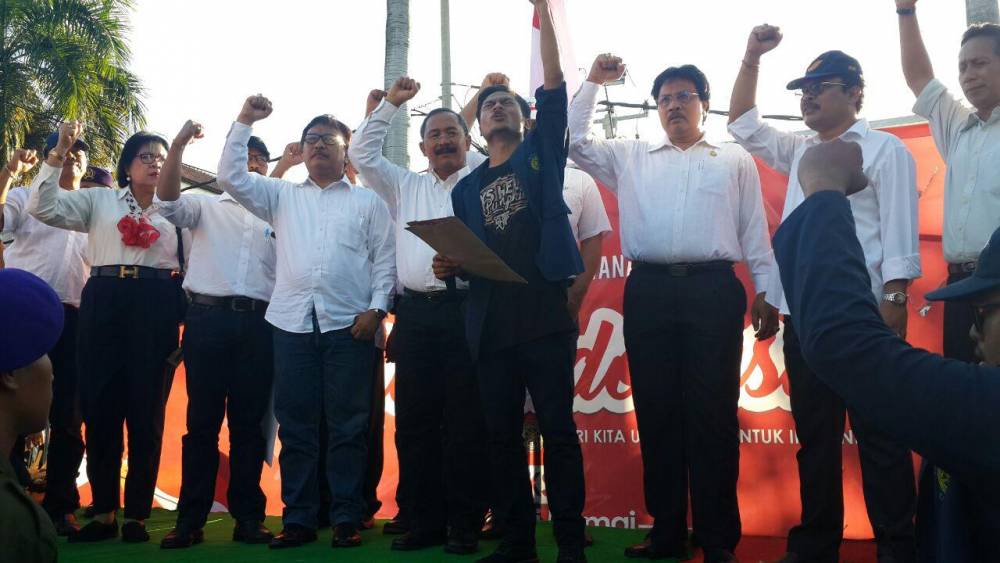 Udayana University Student Executive Board (BEM PM Unud) held a peace declaration with the tagline "Our Action Indonesia" to support the unity of the Unitary State of the Republic of Indonesia (NKRI). The peaceful action began at 15.00 Wita in front of Campus Sudirman Unud led by the President of BEM PM Unud, I Komang Arta Yasa. In this action there were thousands of students from various faculties within Udayana University. Rector of Unud, Prof. Dr. Dr. Ketut Suastika, Sp., PD-KEMD, along with the Deans, lecturers, and staff of Unud, accompanied and monitored this activity so as not to deviate from the purposes. 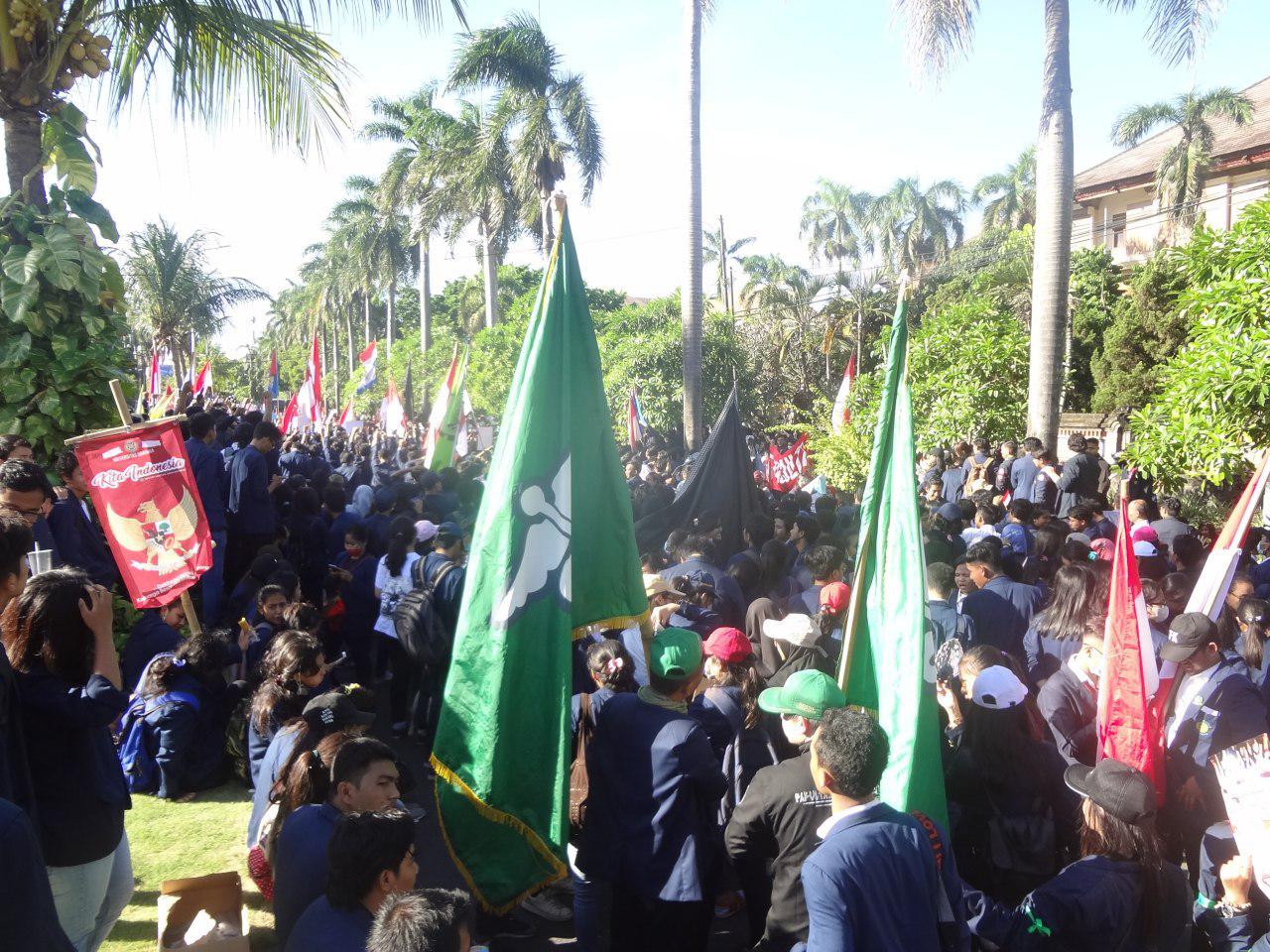 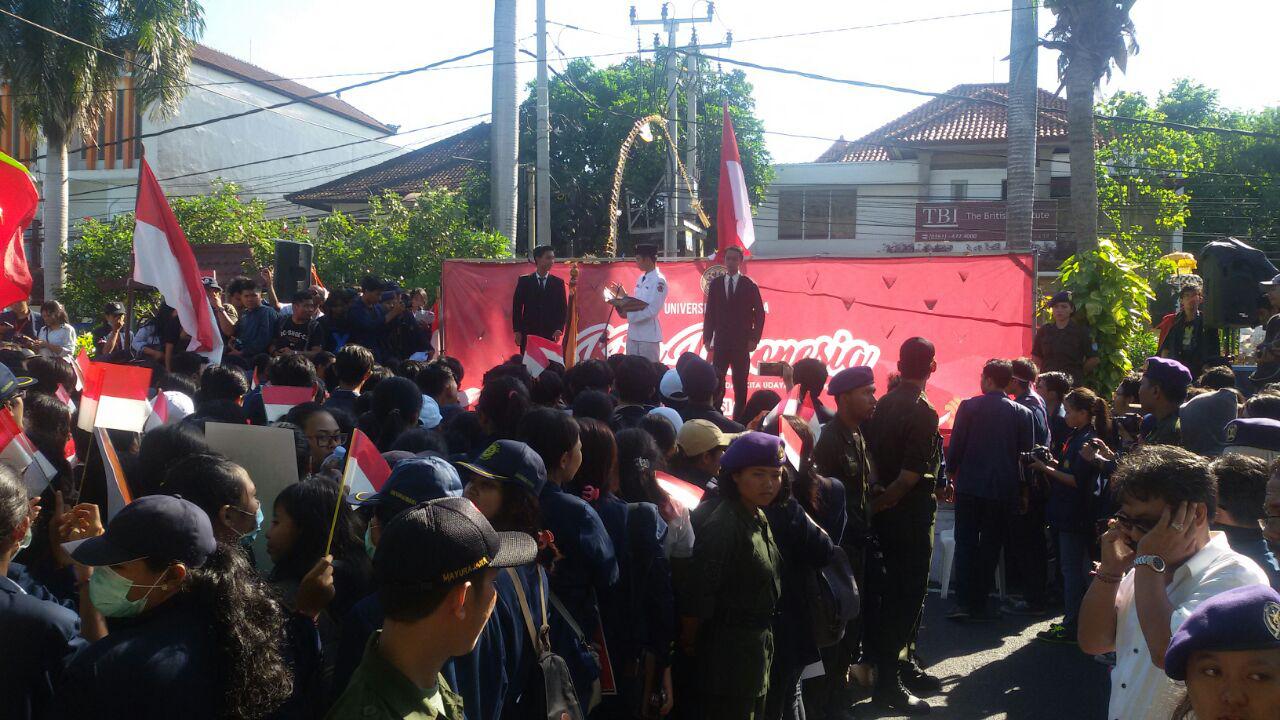 By wearing the alma mater attribute and the flag of each Faculty, Unud students filled half of the street in front of the Sudirman Campus. The peaceful action began with the theatrical performance of Unitary Republic of Indonesia by the students and followed by oration from DPM and BEM PM Unud. I Komang Arta Yasa, President of BEM PM Unud conveyed this action which was a form of concern for Unud students on the integrity of NKRI. The echoes of "NKRI Harga Mati" screamed from the participants of the action and continued to be heard during the peaceful action. Lecturer representatives from the Faculty of Law, Economics and Medicine of Udayana University also had the opportunity to bring an oration to support the spirit of combating the idea of ​​radicalism that threatens the integrity of NKRI.

Rector of Unud, Prof. Dr. Dr. Ketut Suastika, Sp.PD-KEMD submitted this declaration action as a real action on the initiative of BEM PM Unud and has been planned without any intervention from any party. This action was supported by the Rector by deploying lecturers and staffs to assist students. Rector of Unud hopes this action is not related to political issues or legal issues that occur because this action is purely as a form of academic care in maintaining the integrity of NKRI. 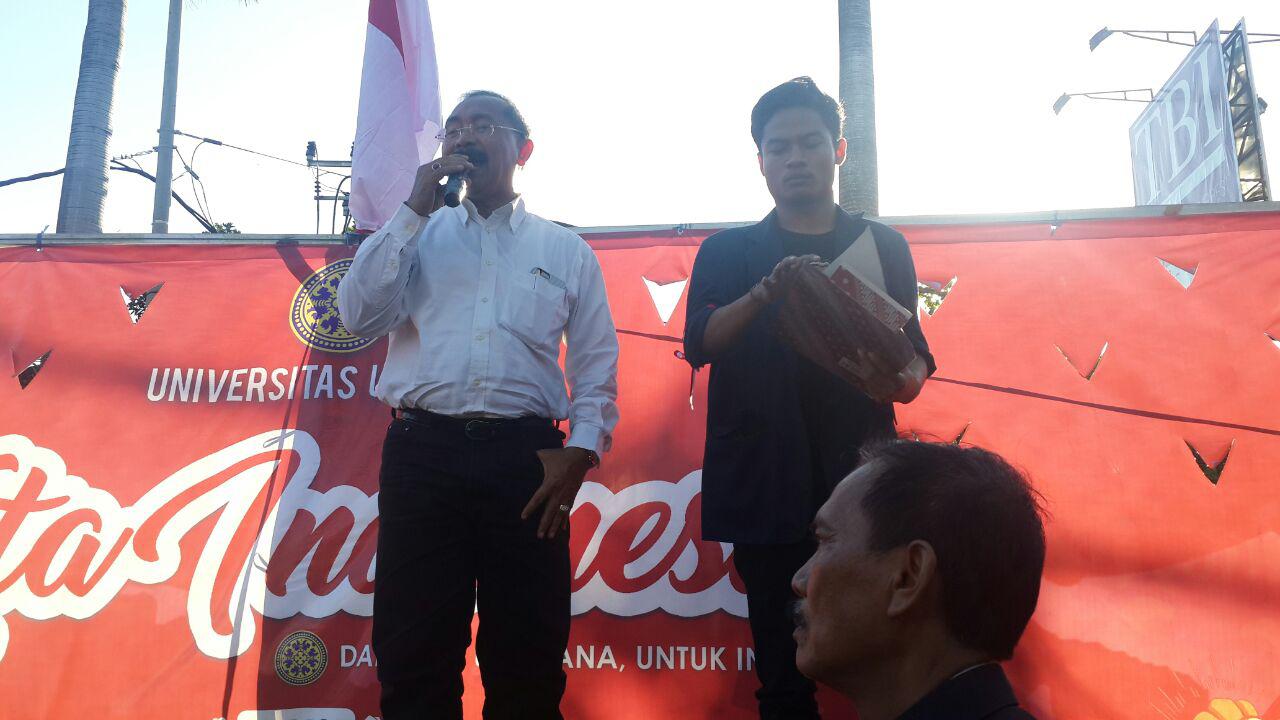 There are four things voiced in this action namely, (1) rejecting various organizations and movements that are contrary to the values ​​of Pancasila and Diversity; (2) determined to make and practice the values ​​of Pancasila, the 1945 Constitution, Bhinneka Tunggal Ika and NKRI as a guideline for the life of the nation and the state; (3) strives to develop the values ​​of religious teachings that are moderate, tolerant, respect the plurality of cultural and national realities; And (4) support the government to uphold the law and dissolution of the organization, radicalism movement that is in fact contradictory to the four National Consensus namely Pancasila, 1945 Constitution, NKRI and Bhinneka Tunggal Ika.

The action ended with a reading of the declaration by President BEM PM Unud accompanied by the Rector, Deputy Rector and Dean around of Unud. The peaceful action ended in peace, students began to disperse at 17.15 WITA. (PR)