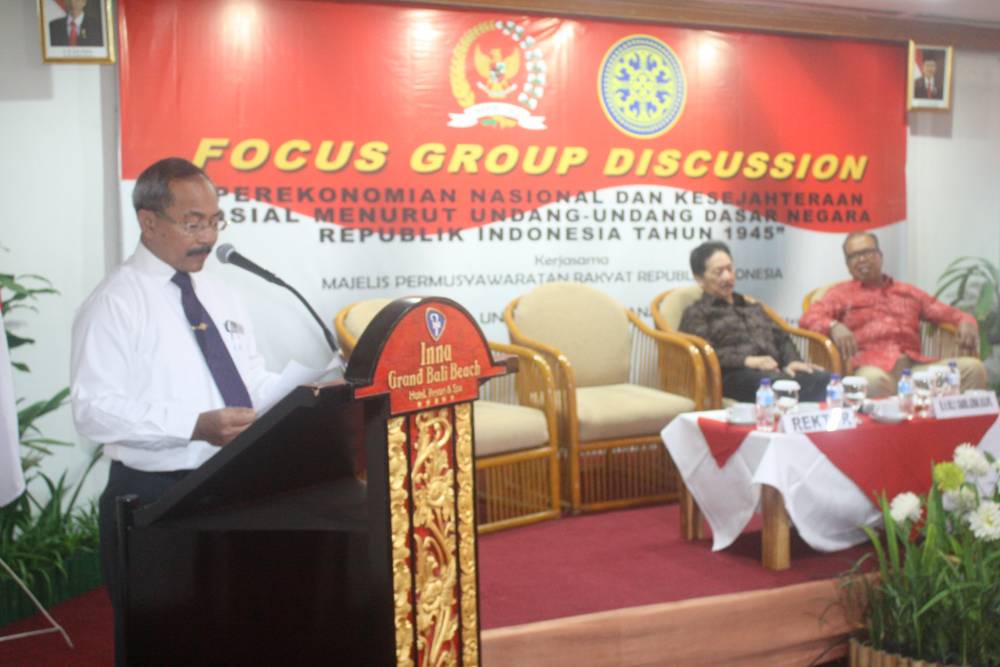 Denpasar (04/05/2017) - The Research Institute of MPR RI in cooperation with Universitas Udayana held Focus Group Discussion (FGD) with topic "National Economy and Social Welfare According to the 1945 Constitution of the Republic of Indonesia" in Baris Room Grand Inna Bali Beach Hotel, Sanur. The event was attended by Head of Assessment Institute MPR and members, Rector of Udayana University was a representative from Udayana University, Warmadewa University, Undiksha and Universitas Panji Sakti. The speakers for this FGD were three Professors from Udayana University, Prof. Dr. Ir. I Wayan Windia, SU, Prof. Dr. Ir. I Nyoman Sucipta, MS and Prof. Dr. Made Suyana Utama, SE., MS. The purpose of this FGD was to get input from academics and economic experts on the practice of the Indonesian economic system. 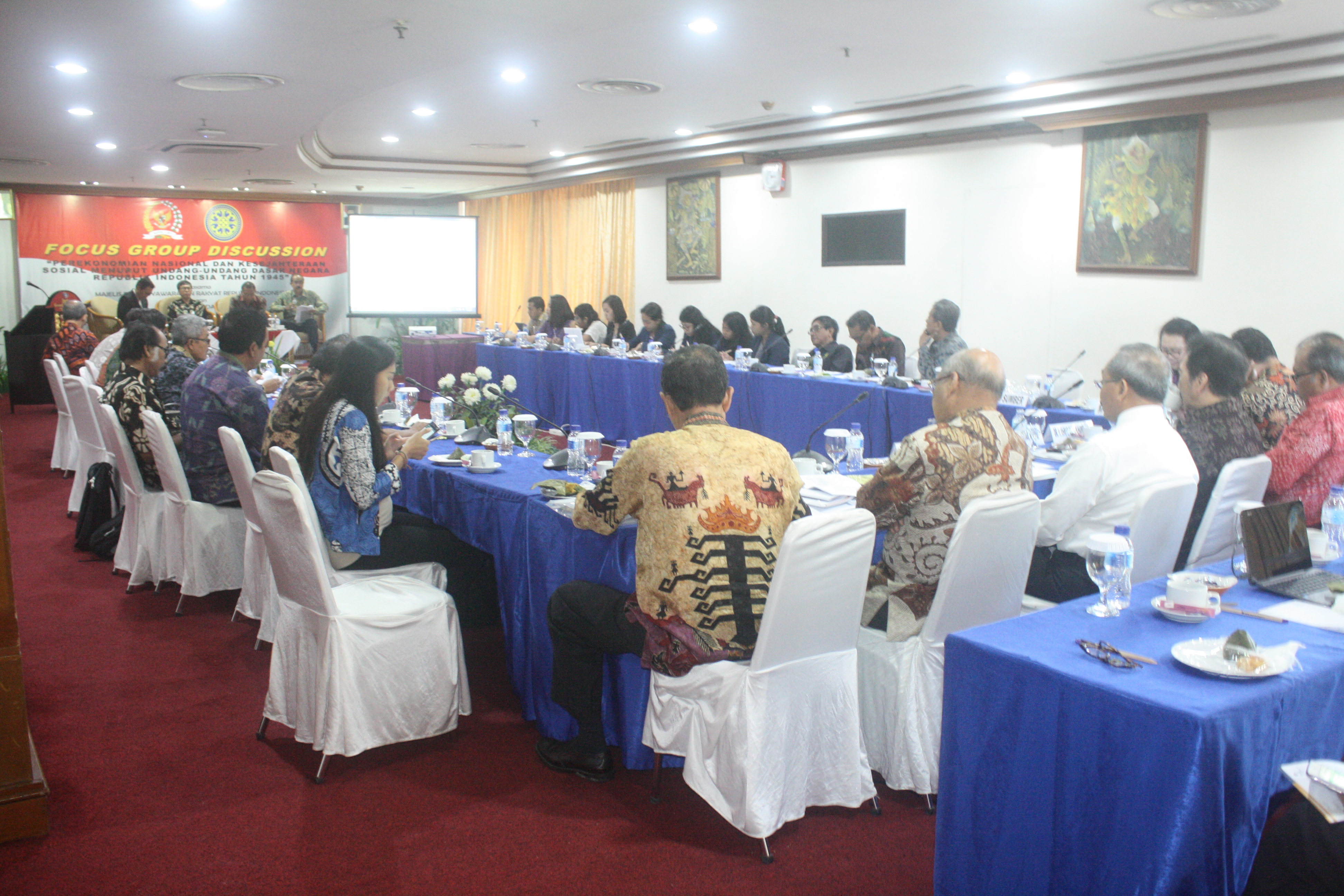 Rector of Unud, Prof. Dr. Dr. Ketut Suastika, Sp.PD-KEMD in his speech expressed his appreciation to The Research Institute of MPR RI of the Republic of Indonesia which has cooperated with Unud to participate in reviewing some matters related to the national economy and social welfare. In general, Rector of Unud said that the economy in Indonesia has advanced but still leaves the problem, with many people living relatively below the welfare standard. From the regional side there is also a gap in the Local Revenue (PAD), where there is one region that has a high enough PAD and some are still low. The troubled NKRI problem is also a problem in the national economy and social welfare. In addition, in the field of education and health, there is still an imbalance between regions in Indonesia. Therefore, through this FGD Rector Unud hopes to provide inputs that are beneficial to the nation and the country especially related to the economy and social welfare, so there is the best solution in solving various economic inequality problems. 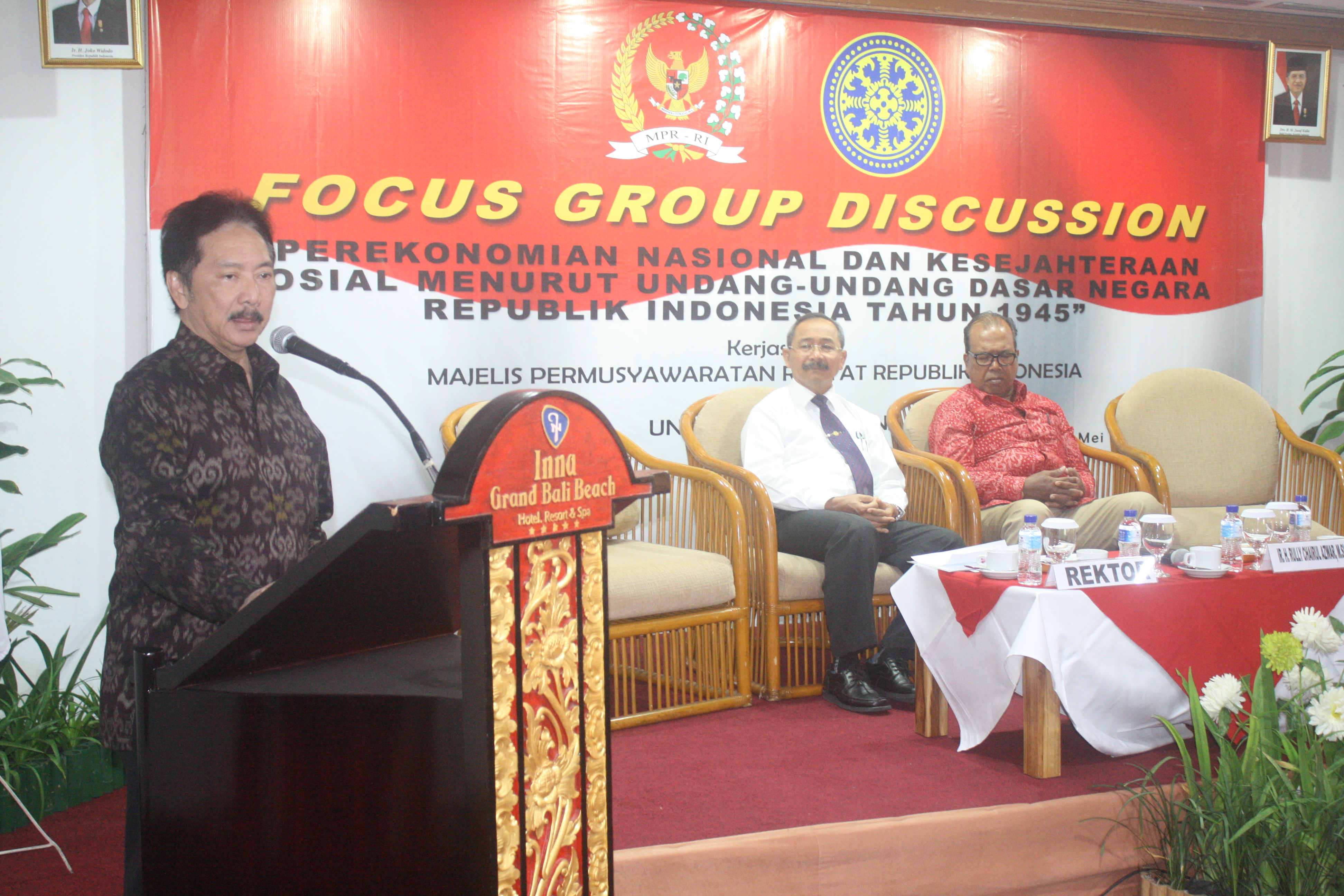 Leader of the Assessment Institute of MPR RI, Ir. H Rully Chairul Azwar, M.Si.IPU in his speech opened the event explaining the Assessment Institute is an organ of MPR whose members are not active in the MPR that serves as the Constitutional Lab of the MPR and has the task of providing advice on studies related to the state administration system of Indonesia. Furthermore, Rully conveyed that economic problems are felt in everyday life, and if left unchecked will be able to influence diversity. Economic disparities that occur due to the lack of justice in public life. In this case the Institute of Studies continues to make various attempts to find the arguments to solve the problems that occur. Through this FGD was expected to have input from various parties, especially from academia which will be summarized in book form as a recommendation to be submitted to the Government. 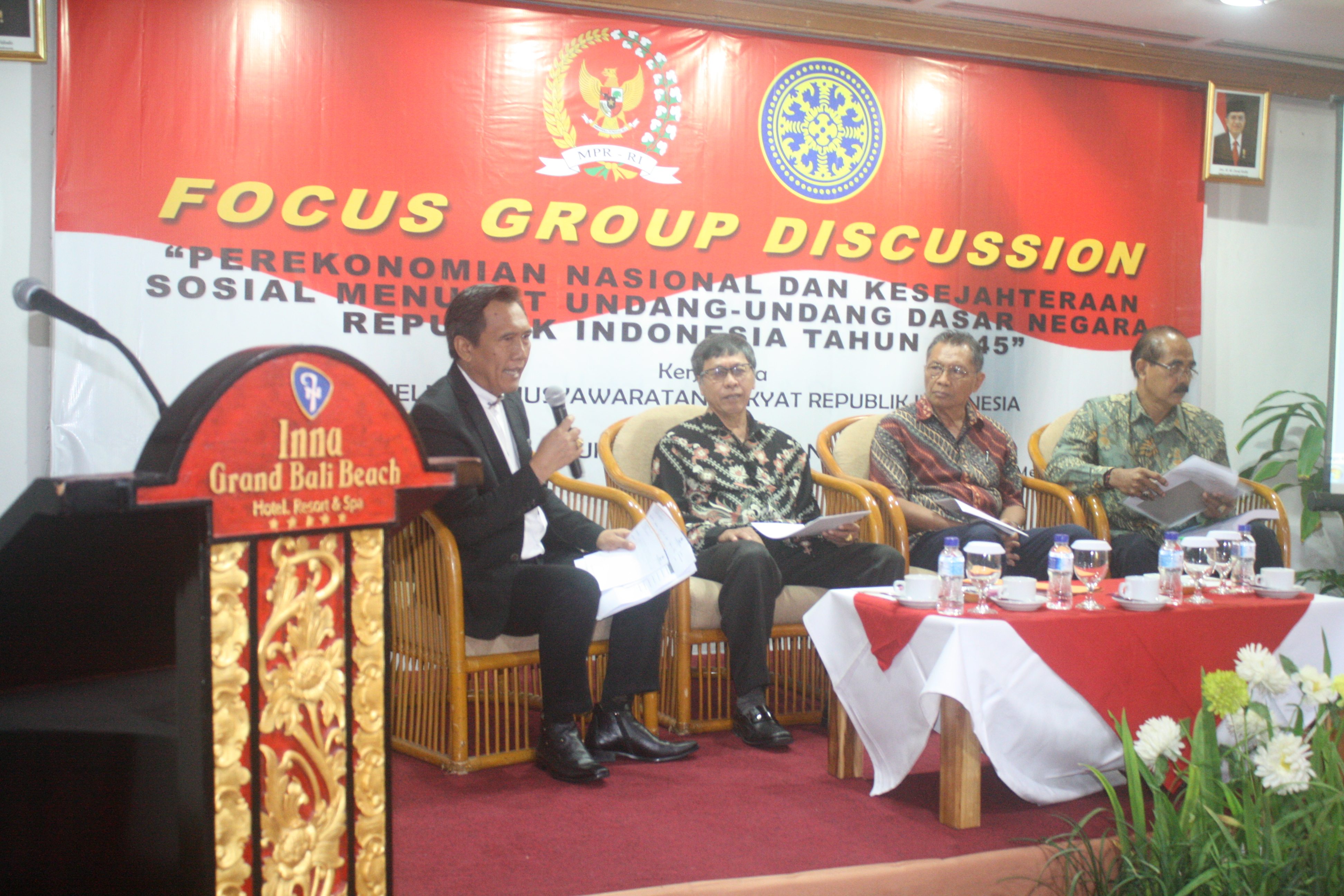 The three speakers in the presentation gave the study, academic study and the weaknesses / inequities that occurred as well as input to the Assessment Institute of MPR RI related to the national economy and social welfare. In the discussion also obtained various views and input from the discussors in this FGD.(PR) 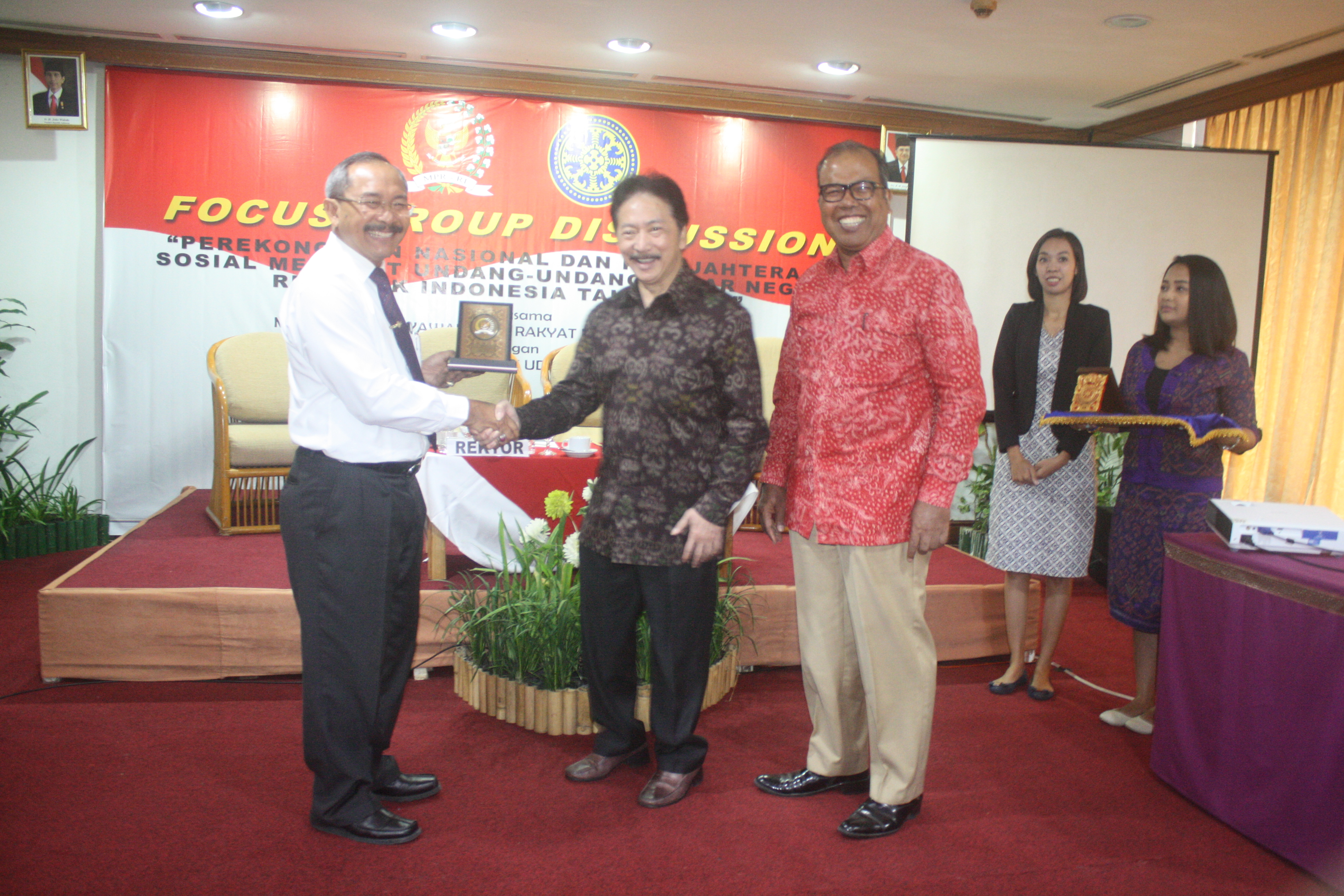