in Despite of Raindrops, The Assembly in Order celebrated the National Education Unud Keep Running Seriously 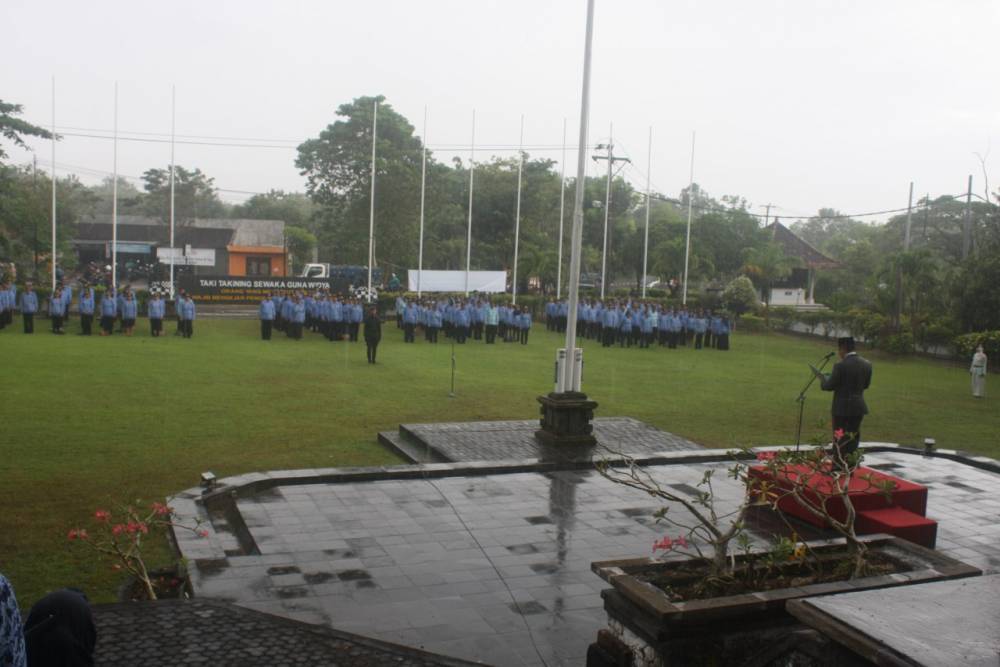 Bukit Jimbaran - Udayana University held an assembly to commemorate National Education Day (Hardiknas) on Tuesday (02/05/2017) in front of Rectorate Building of Campus Bukit Jimbaran. Assembly are followed by all leaders, lecturers, staff and students at Udayana University. Deputy Rector for Academic Affairs, Prof. Dr. Drh. I Made Damriyasa, MS this time was as the Ceremony Coach. Despite the rain drizzled apples still running with solemnity. 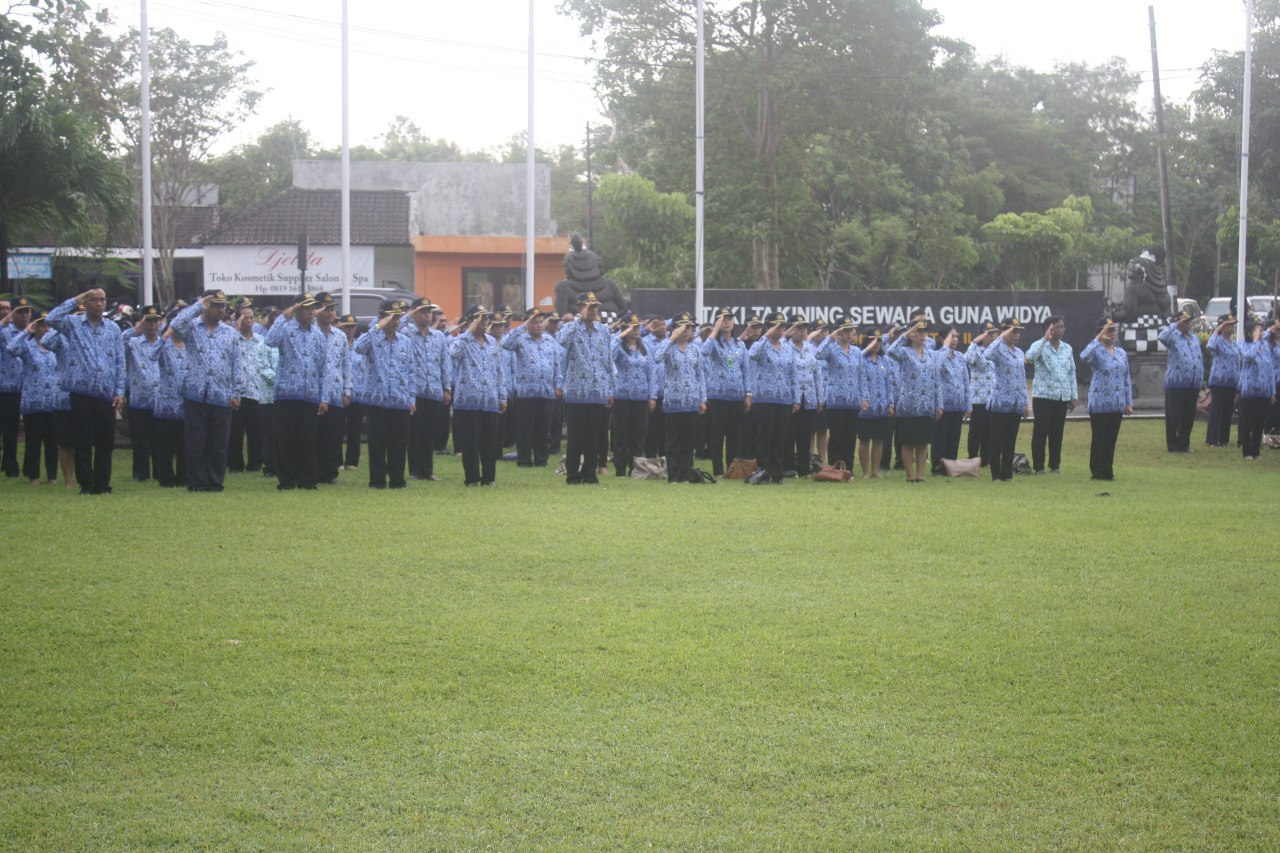 In a speech read out by the Ceremony Coach, Minister of Research, Technology and Higher Education expressed appreciation for the active role of higher education providers who tirelessly educate, inspire, and inspire the spirit of the nation's children to become human beings with character, knowledge, skills and Provide benefits for the surrounding community, nation and country. The theme of Hardiknas in this college environment was"Increasing Relevance of Higher Education to Support Economic Growth". Currently only 6 percents of universities could run vocational programs in Science, Technology, Engineering and Mathematics (STEM). In the future the number of vocational universities should be improved, therefore the Ministry has launched a revitalization program of vocational education. Menristek also invites various parties to be able to collaborate, participate and contribute in an effort to make the college as an innovative, competitive institution and can significantly contribute to the national economic development. 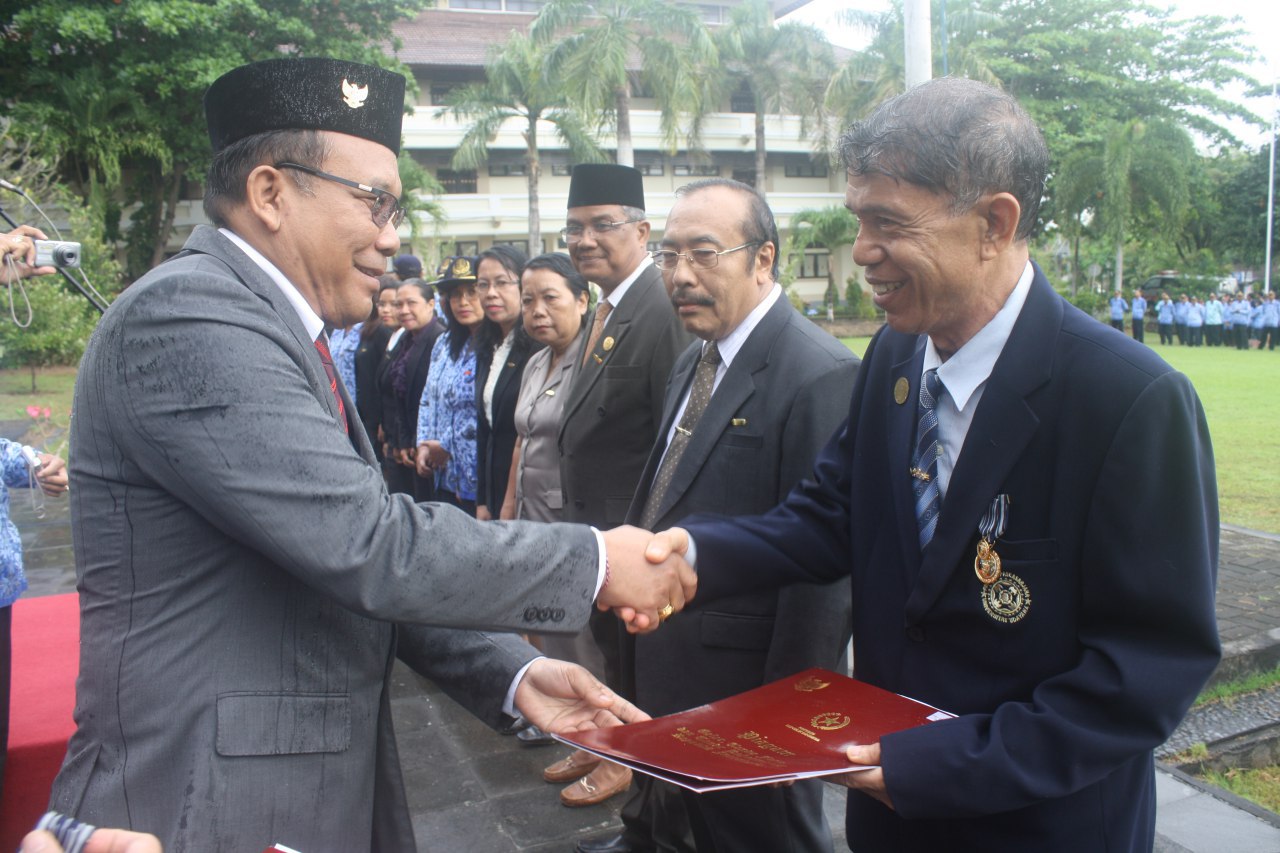 In this Hardiknas assembly, it also implemented Satyalancana Karya Satya to lecturers and employees of Udayana University. Satyalancana Karya Satya is a mark of appreciation given to civil servants who have served for 10, 20 and 30 years or more continuously by demonstrating skills, discipline, loyalty and devotion to be exemplary for every other employee. There were 85 lectures staff and staff members of Udayana University which graced on Hardiknas, at this time consisted of 16 people for the award 10 years, 23 people for the award 20 years and 46 people for the award 30 years. (PR)