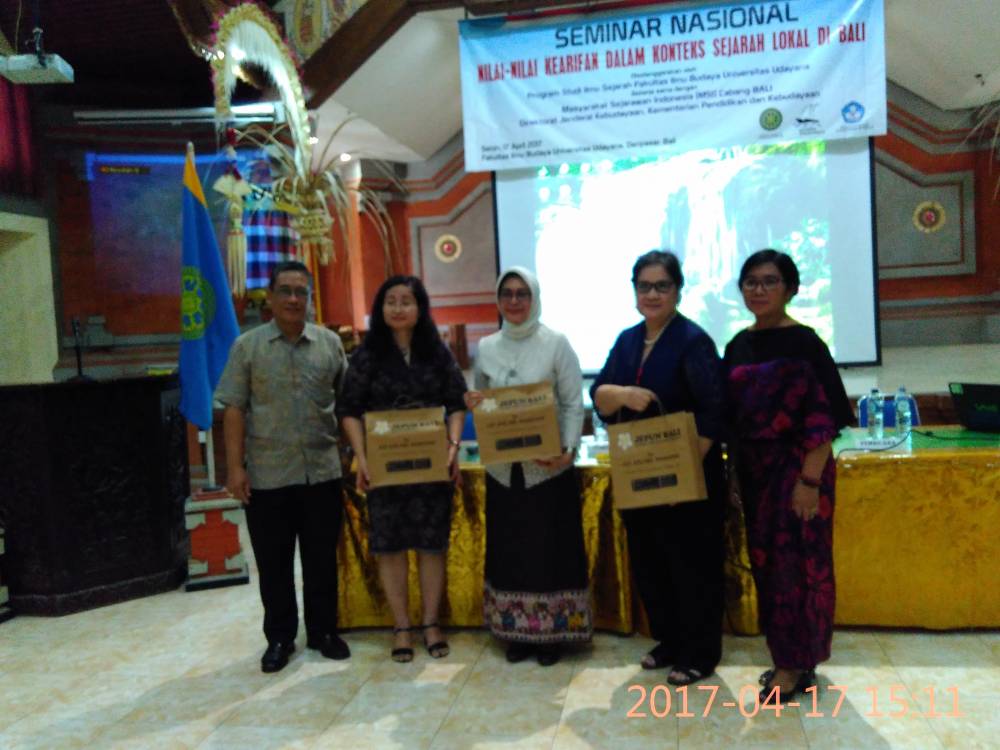 This seminar is a series of inauguration event of Indonesia Historian Society direction (MSI) Branch Bali Period 2017/2022 that has been held on Sunday (16/04) in the hall of Balai Pelestarian Cagar Budaya Bali, Gianyar. The event was attended by Director General of Culture of Indonesia Dr. Hilmar Farid, Ph.D. as well as the Chairman of the MSI Center.

Indonesia Historian Society (MSI) is an association which the members are consisted of history instigators both from 'field of the historical’ society and non-historical. This organization was made to provide the society who interested in maintaining the historical value both local oor national through writing.

Hilmar Farid in his speech in MSI Bali inauguration, said that RUU regarding to the culture is a base to encourage people to be respect of culture as well as nation character building. In addition, it is expected to build character of society who able to innovate with knowledge and culture as the base.

"Since Indonesia economy now almost 60% based to culture. People can speak foreign language can be said as a progress, foreign culture can be imitated, abandoned its identity. How can be identity crisis? Traditional treatment is abandoned and change to medical. Though the drugsare from traditional plants . "said hilmar farid. 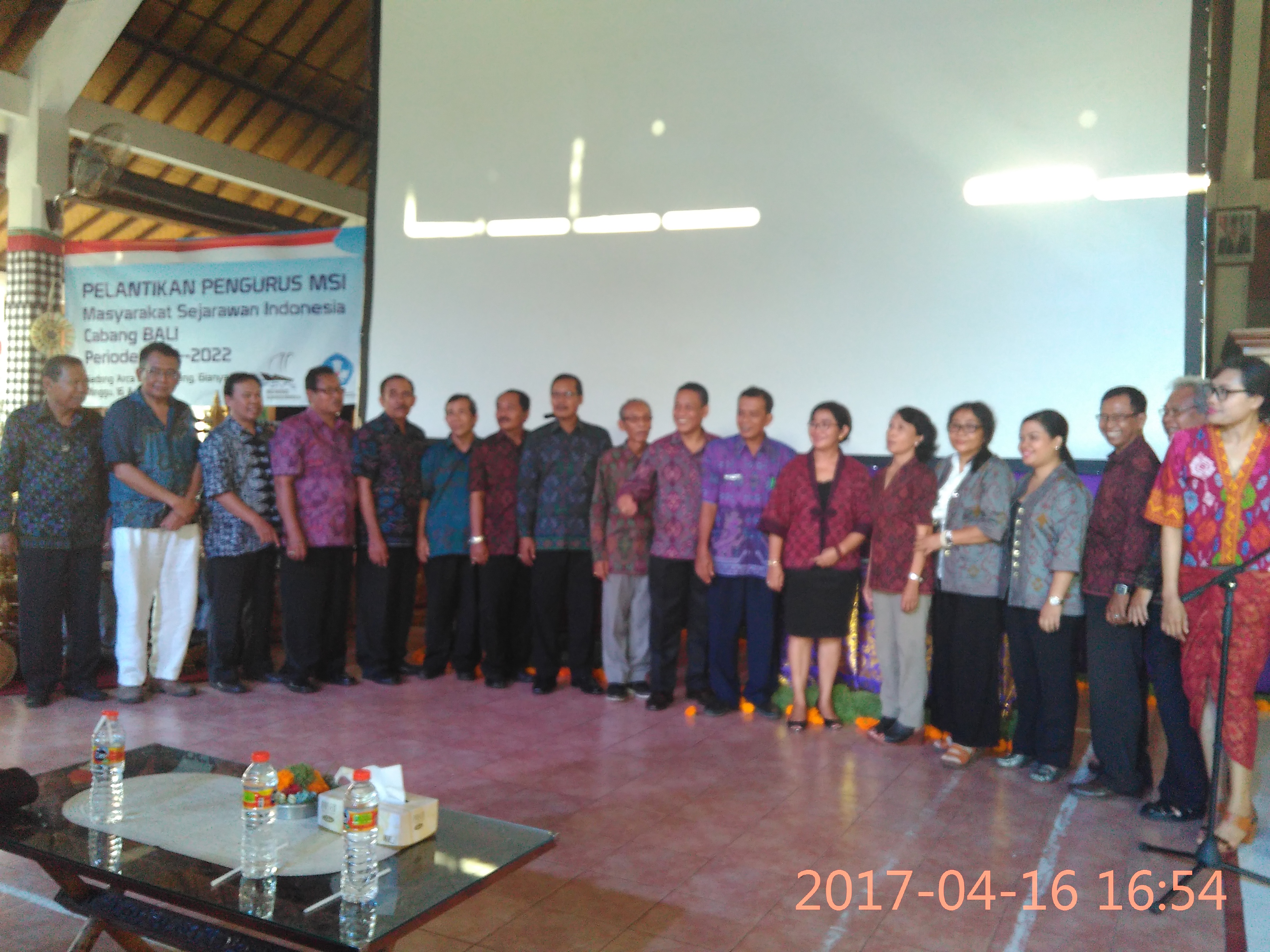 Seminar that took place in the auditorium of Widya Sabha Mandala Faculty of Arts, Udayana University was presenting, scientists, humanists, artist, educator, practitioners, activists of history as Majapahit forum, both from Bali and outside Bali, as well as Board of Director General, Ministry of Education and Culture of the Republic of Indonesia.

“Hoped through this seminar, the history is no longer told by historian, but society also do this” said  Prof. Dr. Phil. I Ketut Ardhana, M.A as the chairman of organizer.

The globalization nowadays indeed not directly gives negative impact to Indonesia culture. Local wisdom is as our identity slowly to be left. Negative speculations that rise about history make our generation reluctant to be interested in their identity.

Prof. Ni Luh Sutjiati Bratha, M. A, as the dean of Faculty of Arts was appreciating this seminar. “this kind of activities is important to be organized, because through this theme we can realize our culture value in stabilizing education and revitalize the local wisdom to strengthen our degree and status” said Prof. Sutjiati.

“The progress nowadays is marked with the development of information technology, if we cannot emulate it there will be culture and identity crisis. Culture is a nation identity element as well as a heritage. By raising the issues about local wisdom, the power to build character in facing globalization era can be realized properly, "he added.  (sobhita)