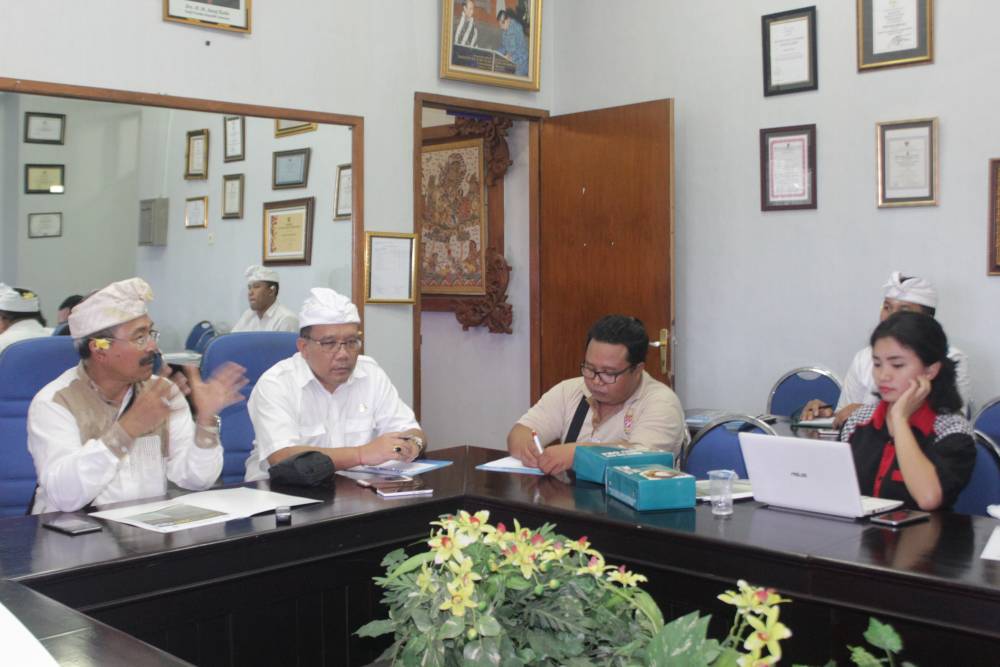 Bukit Jimbaran (11/04/2017) - Udayana University (Unud) this year in new admissions uses SNMPTN and SBMPTN. In general, there are three new admissions system that allowed the government is SNMPTN, SBMPTN and independent pathways. SNMPTN is a reception path to use student’s ratings achievement and school performance. Then SBMPTN is selected through the written test results that have been opened online registration on April 11th and for the independent lines recommended by the government, but this year Unud negate this path. This path is planned to be opened only for the study program that its capacity has not been met. This system is not through the test again and is reserved for students who have participated in SBMPTN but not passed yet by filing an application in accordance with the procedures to be made, said by Rector of Udayana University, Prof. Dr.dr. Ketut Suastika, Sp.PD-KEMD in a press conference held on Tuesday (11/04/2017).

Every year Unud has socialized to schools on this matter, added the Deputy Rector  for Academic Affairs, Prof. Dr. drh. I Made Damriyasa, MS. In Bali there are two local committees in SBMPTN which are Denpasar and Singaraja, this year ISI will be the first in joining in SBPMTN lane and entered in Denpasar local committee (panlok) together with Unud. This year Unud will not use independent pathways for Permenristek Higher Education No. 26 of 2016 which expressly states independent pathways utilize SBMPTN value. To be more effective and efficient reception, Unud in the first stage using SNMPTN and SBMPTN. If later on there are some study programs that have not been met and will open their capacity independent pathways using SBMPTN value. Udayana Student capacity this year as many as 5770 students of 13 faculties and 46 study programs. Through the distribution of SBMPTN students can come from all regions in Indonesia and this is one of the important points in the assessment of accreditation, said Prof. Damriyasa.

Through the event which was attended by several print and online media is expected to help disseminate information for prospective students who wish to continue their education to higher education, especially at the Udayana University. (PR)