Souvenir handing over between the Rector and General Manager of PT.PLN Bali

Denpasar- Udayana Universiy signed an MOU with the Stated Owned Electricity Company for Bali area (PT. PLN Bali) on last Tuesday, 21st of March 2017 in the Post Graduate Study Building. The contract was signed off by both entities, namely; Rector of the Udayana University and the General Manager for PT. PLN Bali around 10.30 A.M in the morning. There were approximately 140 attendees consisting of  the 4th Vice Rector, Administrative Staff for the Dean of Faculty of Engineering, Administrative Staff of the Electrical Engineering Department, students representatives of Electrical Engineering Department and representatives of the PT. PLN Bali.

In his opening address, the Rector expressed his endorsement for the cooperation between both of the sate-owned institutions. PT. PLN is the partner for the university in establishing the electric energy development which can help the biggest academic institution in Bali to realize The Three Visions of the College (Tri Dharma Perguruan Tinggi)

The collaboration between the Udayana Univerity and PT. PLN Bali had been carried out prior to the current cooperation. Previously the two state owned institutions worked together to conduct field research regarding customers’ survey. 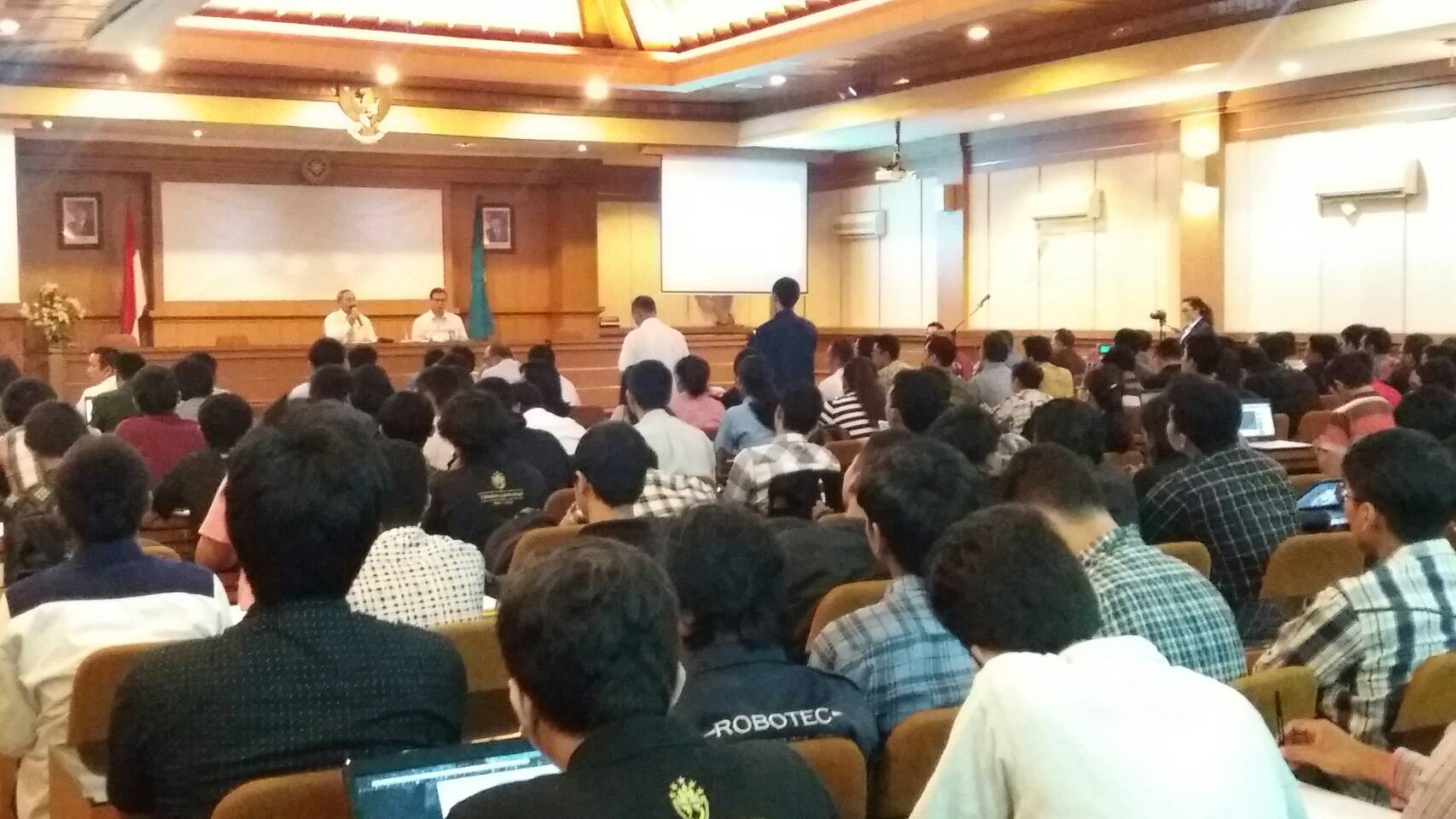 The surrounding condition during the contract execution

Besides signing off the MOU, PT. PLN Bali was also holding a class for the attendees in which the General Manager of PT.PLN Bali gave the lecture about PT. PLN Bali seeks to be smartgrid and a presentation about Company Activity Unit given by PLTMH (minihydro) Muara Buleleng. (dessrimama)