Rector of UNUD Gave a Recommendation to the RPJPD and RPJMD in Badung Regency. 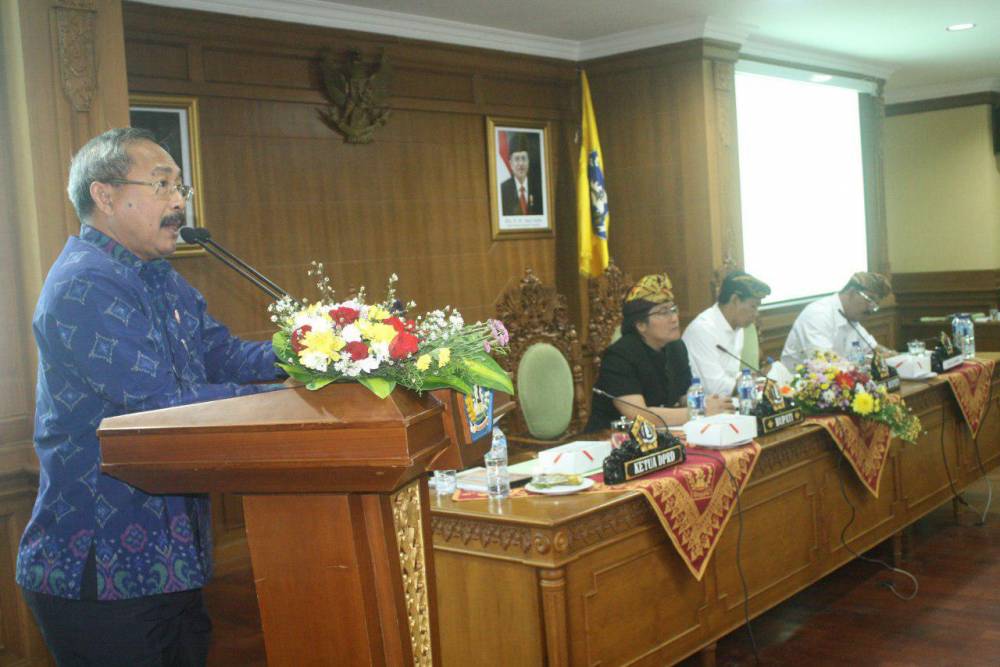 On Thursday, March 9th, 2017 Rector of the University of Udayana (Udayana University), Prof. Dr. dr. Ketut Suastika, Sp.PD-KEMD represented academia Unud which designated as a resource in order to provide input to the Draft Preliminary Change Regional Long Term Development Plan (RPJPD) and the Medium Term Development Plan (RPJMD) Planning Universe Badung Regency. In the Consolidated Public activities which was organized by Bappeda Badung in Ruang Kriya Gosana the Badung Central Government, Plt. The Head of Bappeda Badung, Wayan Suambara conveyed this activity which aimed to absorb the aspirations and input from various parties to the improvement of the  RPJMD and RPJPD Planning Universe Badung Regency. 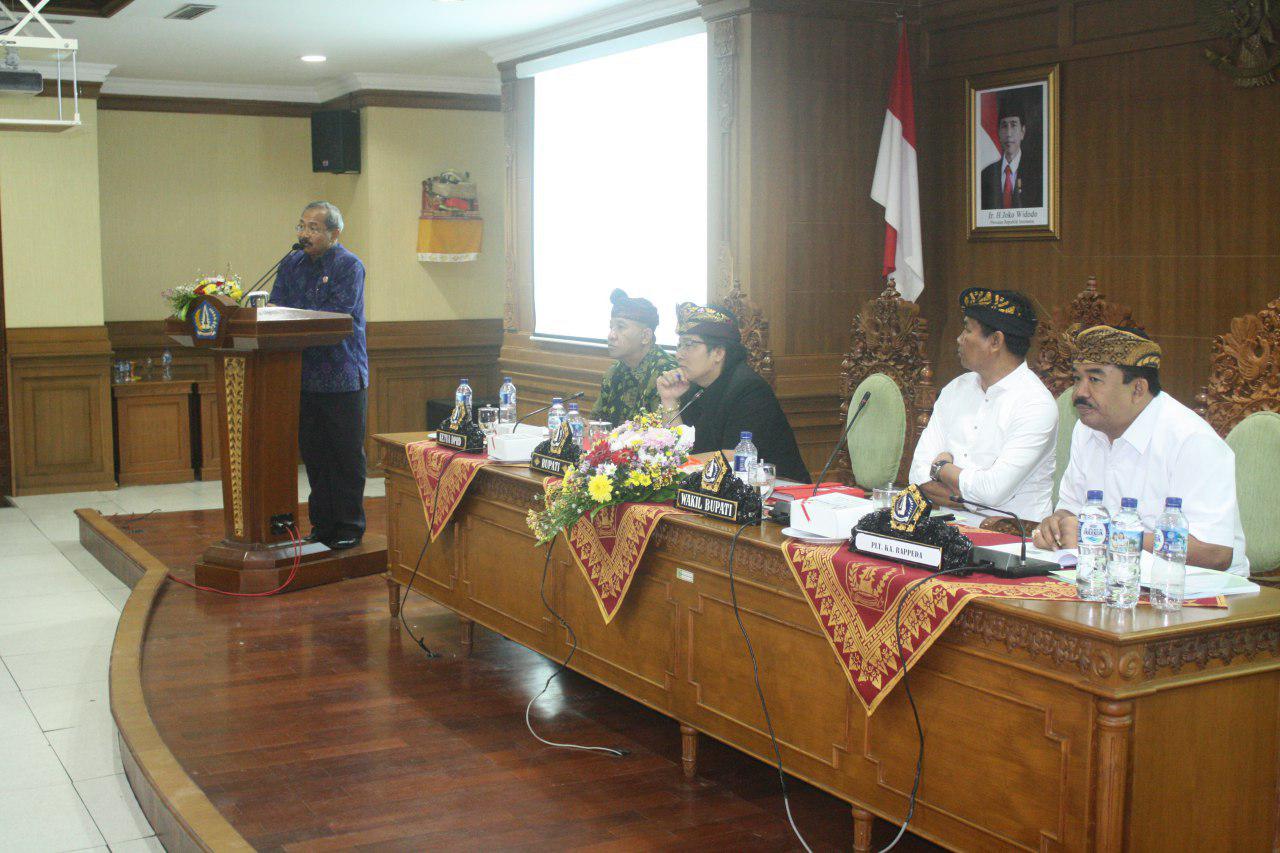 Rector of Udayana University, Prof. Ketut Suastika in his presentation conveyed the opportunities and challenges development of Badung in the next 10 years. In investment there are still many challenges and obstacles experienced particularly in terms of transport, spatial planning, conservation areas and who have professional HR (Human Resource) expertise. Prof. Ketut Suastika also delivered real Badung has a natural beauty and a culture that is still preserved customs that are still solid, so to provide safety and comfort for those who want to visit and invest in Bali. Economic of Badung also gets better and the highest compared to other districts in the province of Bali, the growth of the tourism sector to bring multiflies effect for sectors such as handicrafts and other small businesses, trade and agriculture. 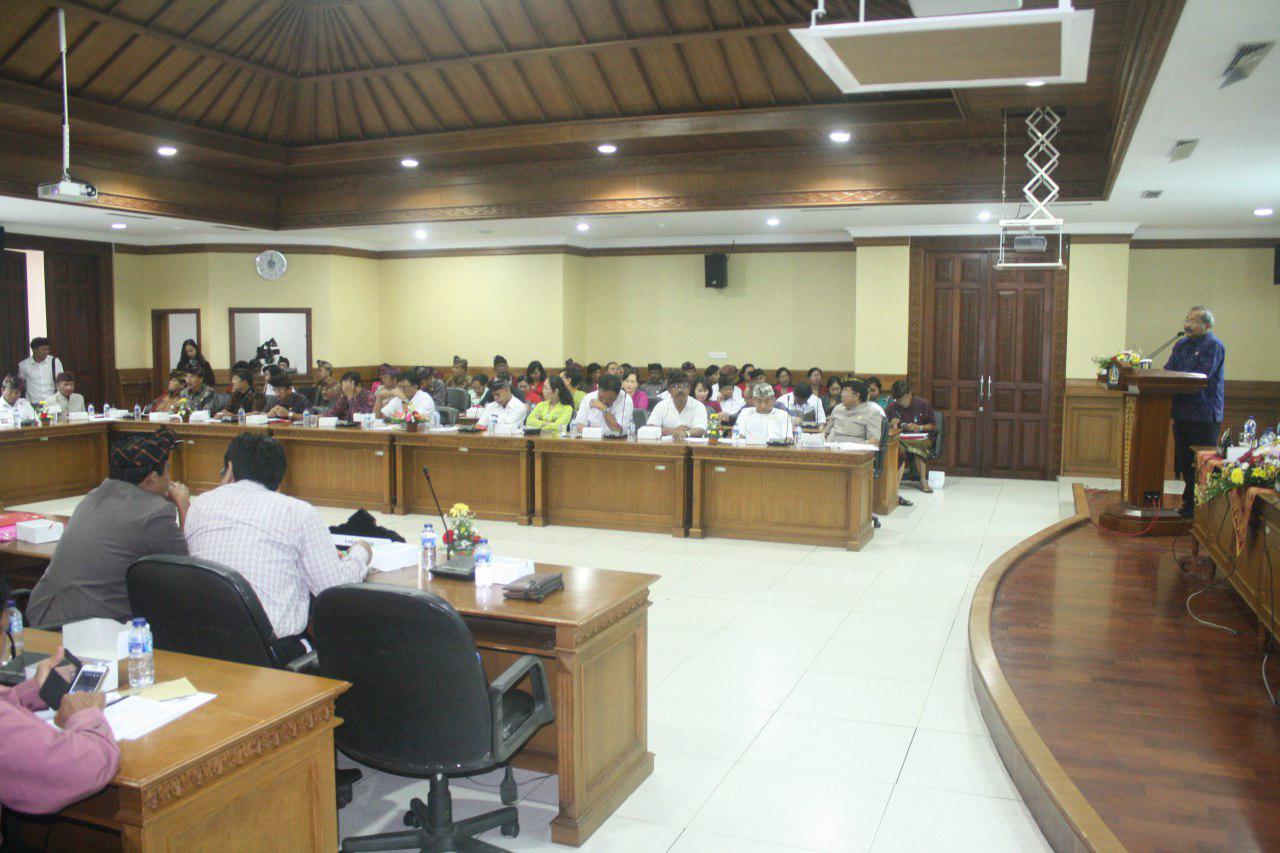 In the field of education, North of Badung should maintain identity based on agriculture, plantation and nature. Because it takes a skill-based education: material processing of agricultural, plantation material, manage, until the market place. To achieve this, it is required good transportation facilities (roads, vehicular traffic smoothly). This is one way to connect the North Badung with South Badung, economically and socially. Specifications of education and skills are also necessary since high school. When you need a college which it has the faculty of economics, agriculture and farming, open classes in the northern part of the Badung to facilitate public access for education. "Opening" branches "of the university in this region, will inspire local youth to hone the skills of science" said Suastika. At the end of his speech, the Rector of Udayana University provided several recommendations for RPJPD and RPJMD Badung regency.

POn the same occasion the Regent of Badung Regency, Giri Prasta gave a positive response on recommendations which was made by the Rector of Udayana University and hopes that academics indispensable role in the development of the Badung regency. The Regent also like to thank you for the various parties who have contributed to the improvement RPJPD and RPJMD Badung regency. (PR)