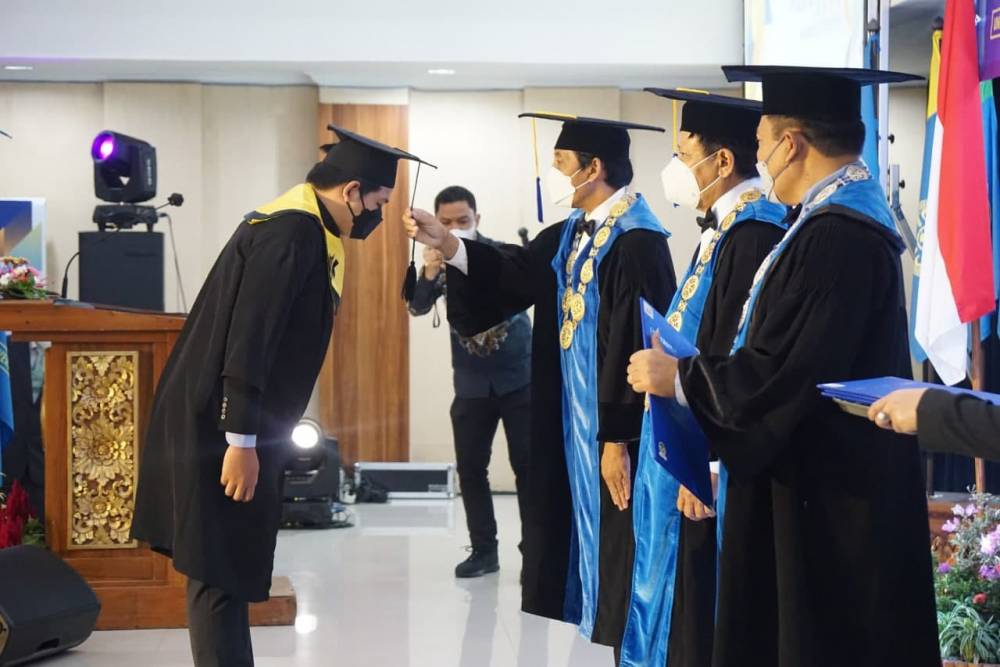 Denpasar - Udayana University (Unud) held the 144th Graduation Graduation which took place in a hybrid combination offline and online with the main location point being in the Nusantara Room, Agrocomplex Building, Sudirman Campus, Denpasar, Saturday (30/10/2021). The number of graduates released during this period was 736 people, thus the current number of alumni of Unud is 106,301 people. 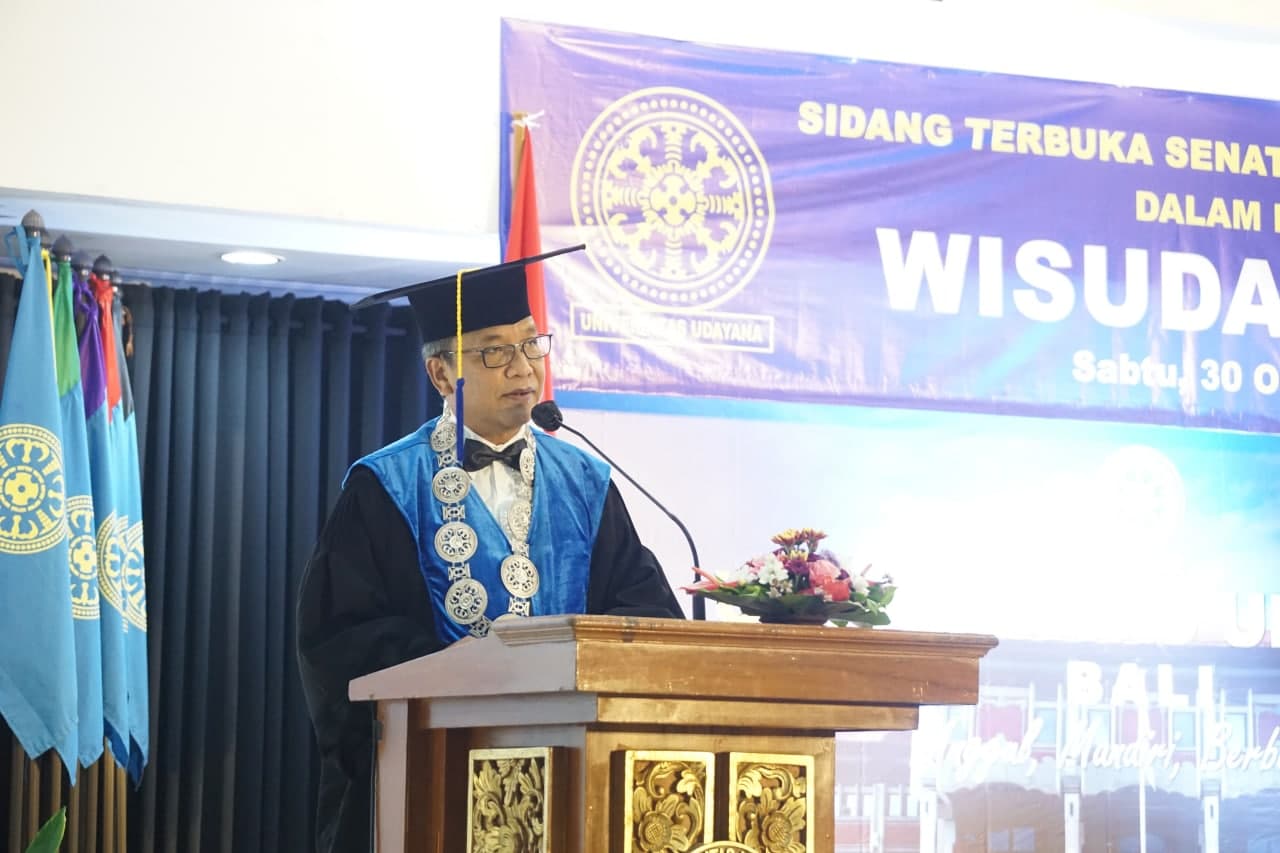 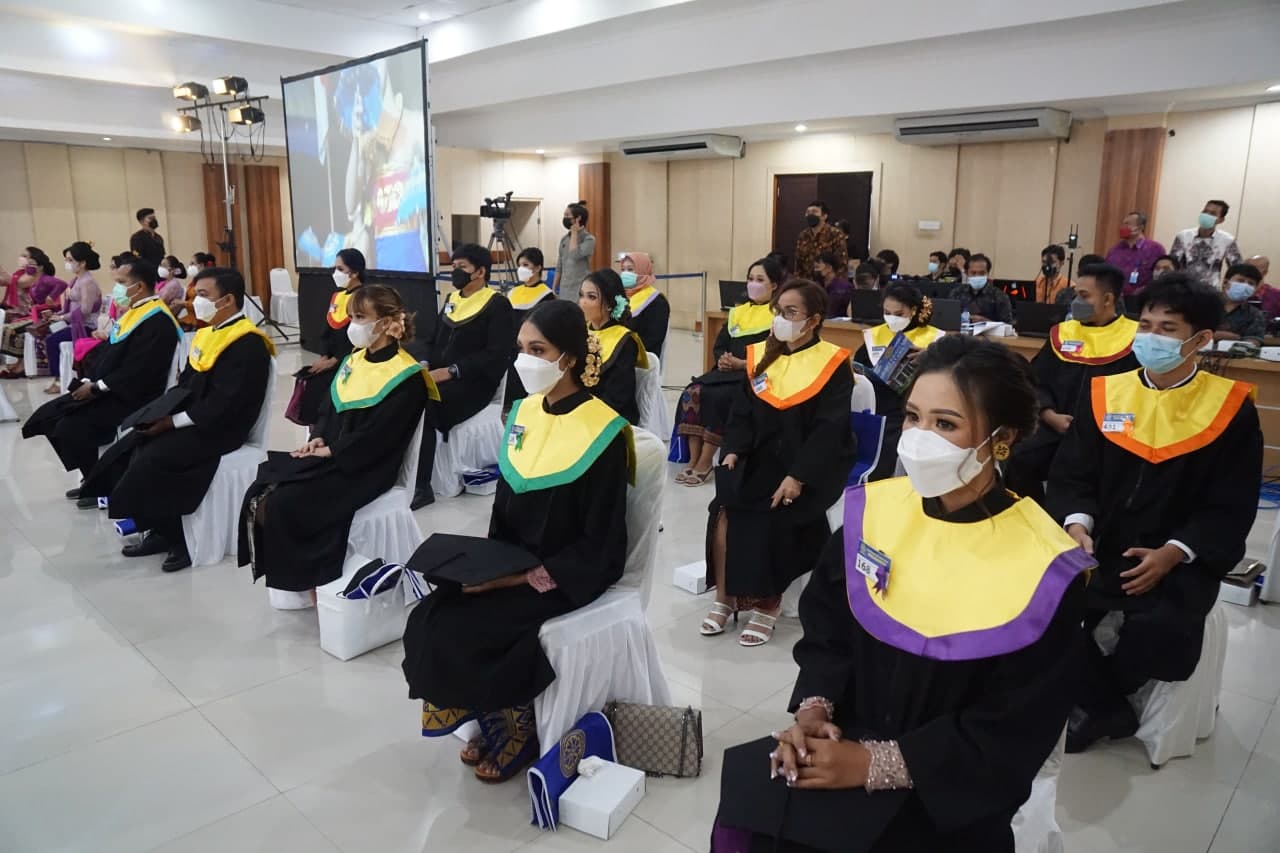 Referring to Permenristekdikti No. 59 of 2018 concerning Diplomas, Competency and Professional Certificates, Degrees, and Methods of Writing. PIN is only given to graduates of Diploma, Bachelor, Master and Doctoral levels. Udayana University has started implementing the National Diploma Numbering (PIN) since the 139th graduation period in 2020. In this 144th graduation period, 521 of the 736 graduates who were declared eligible for the PIN were. The total number of PINs that have been obtained so far is 3,148 or 55.7% of graduates during the six graduation periods. For those who have not obtained a PIN, they still use the diploma number issued by Udayana University which is registered in the Higher Education Database (PDDIKTI). "In the future, I hope that all graduates who are required to have a PIN can be 100% already using a PIN in the numbering of their diplomas," said the Vice Rector. 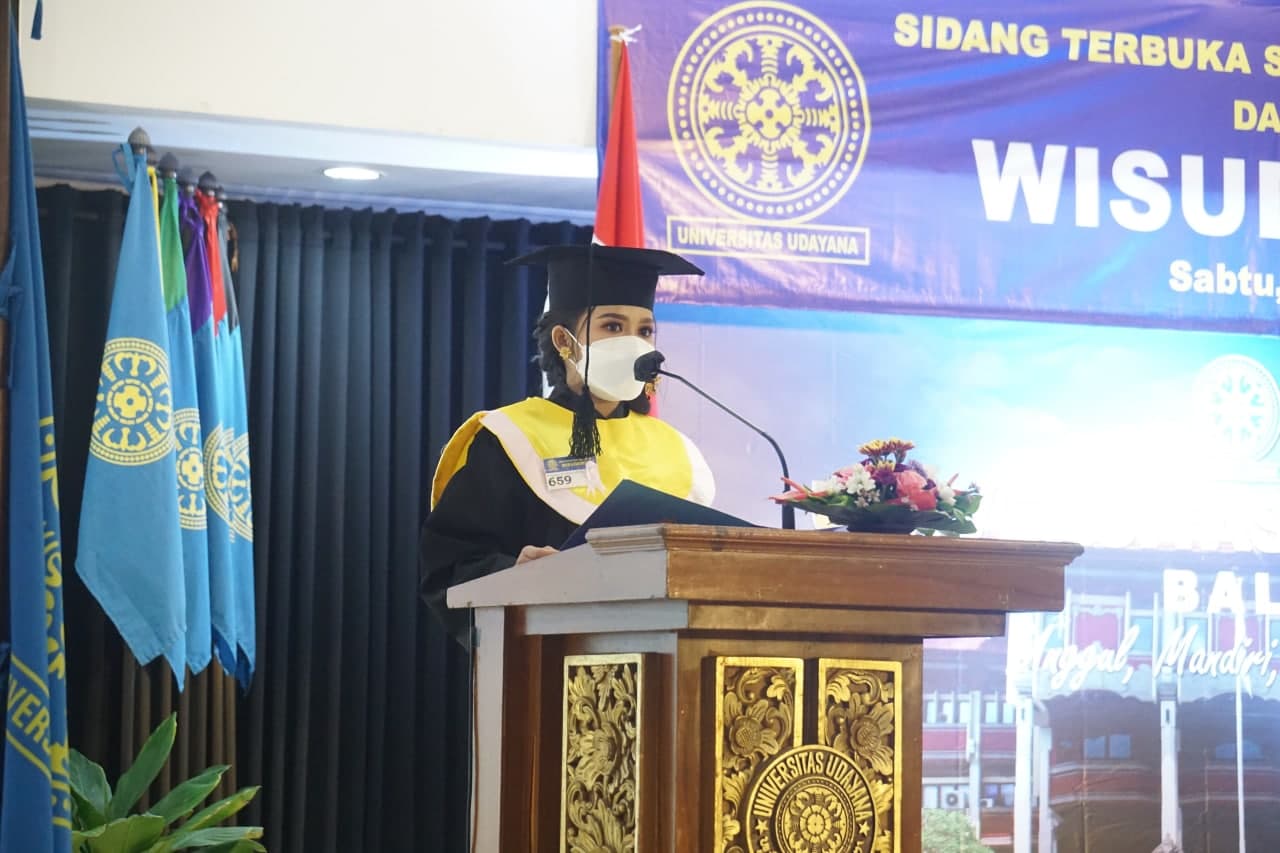 The representative of graduates Ni Nyoman Sri Widiari from the Faculty of Tourism in his message and impression conveyed that graduation is an important moment to look forward to because he has completed higher education which requires struggle to achieve an academic degree. Many impressions can be remembered during education, where the university provides knowledge to welcome a better future and form a responsible person according to the vision and mission. Many things have been explored and gained experience from the various activities carried out. Now is the time for us to determine the direction of life at the next level. Through this opportunity, representing all graduates, Sri Widiari also expressed his gratitude to the lecturers and other members of the community who have guided them to complete the lectures. 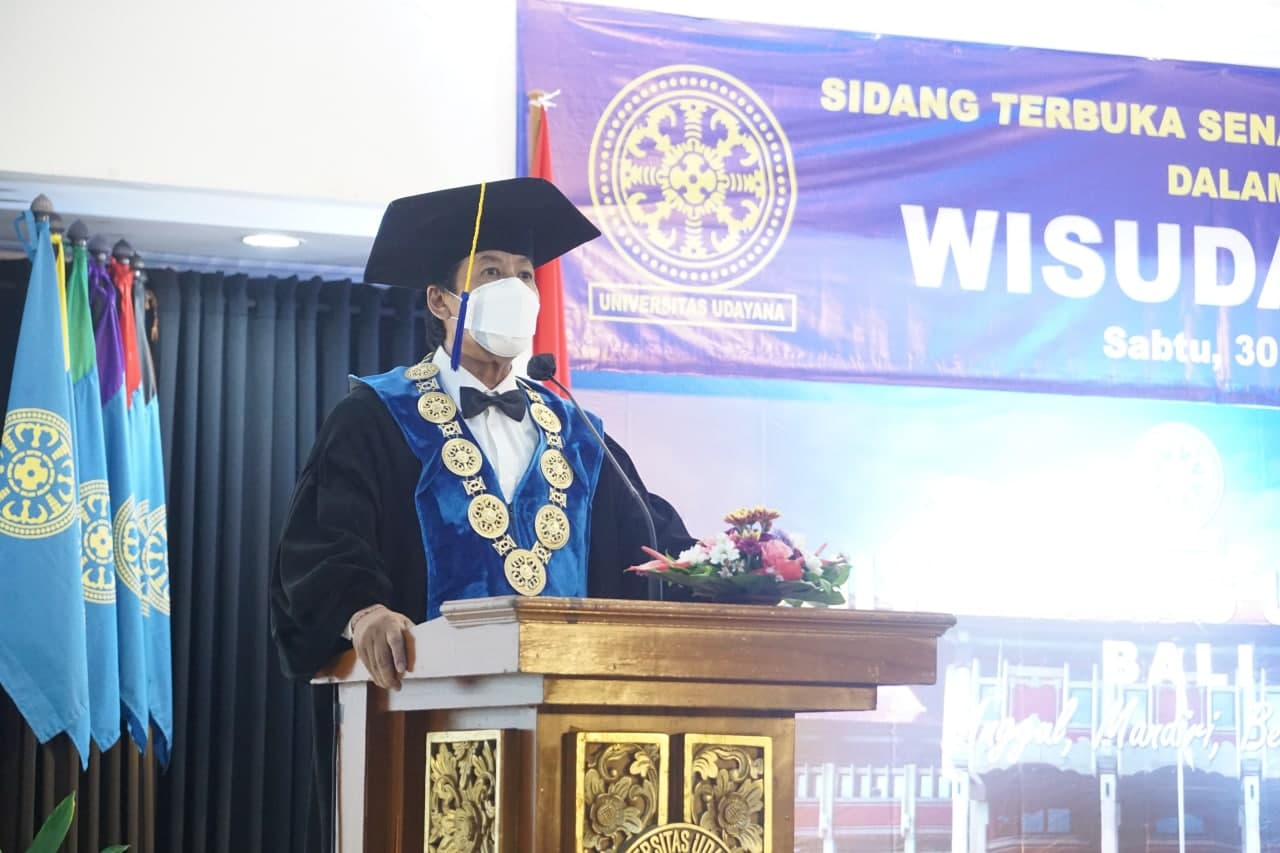 While the Rector of Unud Prof. Dr. Ir. I Nyoman Gde Antara, M.Eng., IPU in his speech said that the success of the graduation of 736 people indicated that the Tridharma implementation process was going well despite the Covid-19 pandemic. Furthermore, the Rector discussed the potential of Udayana University and invited the entire community to jointly optimize the existing potential so that the implementation of Tridharma is also optimal and more graduates are produced and more innovations are produced. We must also be able to increase the attractiveness to the community where community loyalty must be built. When we are strong we turn into PTN BH so that we can compete with other PTN BH.

This graduation was the ninth time during the hybrid pandemic period and was only attended by 16 representatives of graduates who were the best graduates of each faculty.

The Rector hopes that next year's graduation can take place as usual and the learning process will run as before the pandemic. Through this opportunity, the Rector also expressed his appreciation to the Academic Senate for the 2017-2021 period, which will end his term of office. To the graduates, the Rector said that the real test is after graduation while in the community and is expected to be able to survive in order to be successful in a career and strengthen where the institution will take part in the future.

The Rector of Unud ended his speech with a motivational sentence "Success has no secret, to be successful is nothing but good preparation, hard work, and always learning from failure".