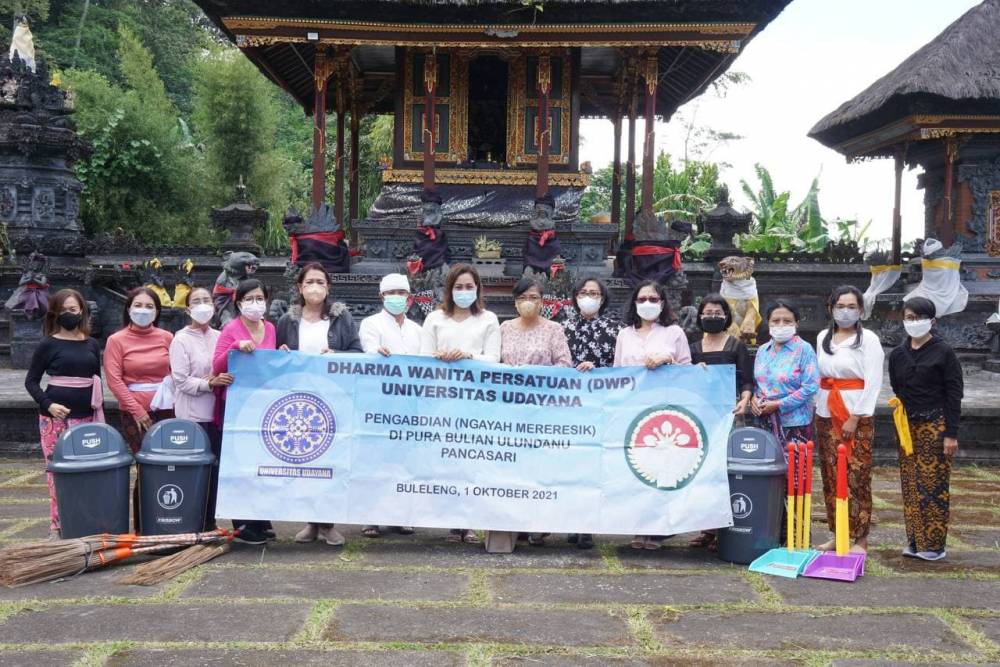 Dharma Wanita Persatuan (DWP) of Udayana University (Unud) carried out Community Service (PKM) in the form of ngayah mareresik at Ulun Danu Bulian Temple, Pancasari Village on Friday (1/10/2021). Ulun Danu Bulian Temple was chosen as a place of devotion because this temple is also a place that is often chosen for LPPM Unud activities. So that it can be said, PKM DWP Unud is a continuation of the LPPM program. DWP Unud actively participates in carrying out tree planting activities, ngayah mareresik at this temple. All members of the DWP Unud participated in this activity. 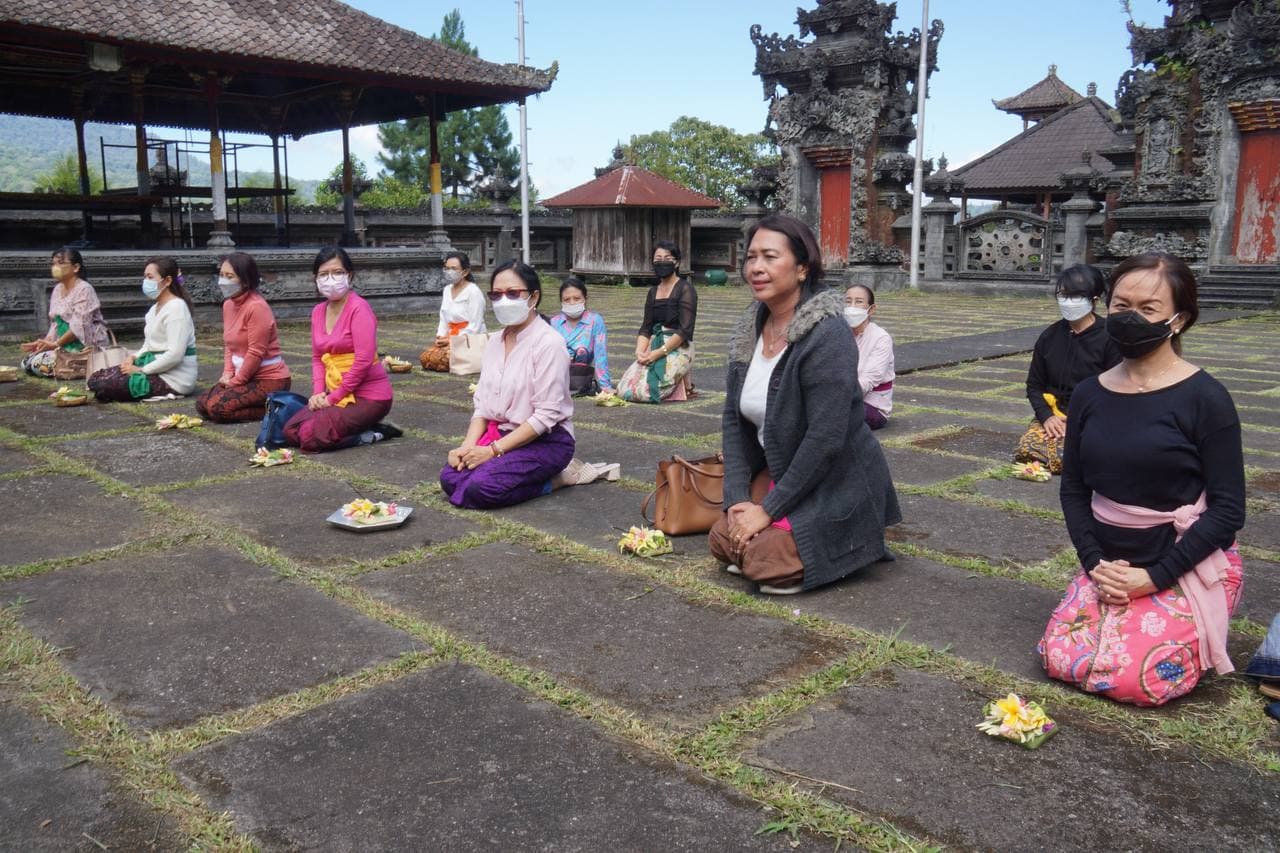 The PKM activity at Ulun Danu Bulian Temple is a series of regular monthly meeting activities held by DWP Unud at Handara Golf and Resort. Not only mareresik, DWP Unud also provided assistance with cleaning tools in the form of trash cans and broomsticks, as well as donated funds.

Head of DWP Unud, Mrs. Dayu Bulan Antara said that the activity began with cleaning in front of the temple to the innards. Followed by praying together. Last year, service activities were also carried out in the same place by planting trees. As a result, this year the trees planted have grown thriving. He hopes that in the next few years, the trees planted can produce flowers or fruit so that they can be used for ceremonial activities at Bulian Temple. 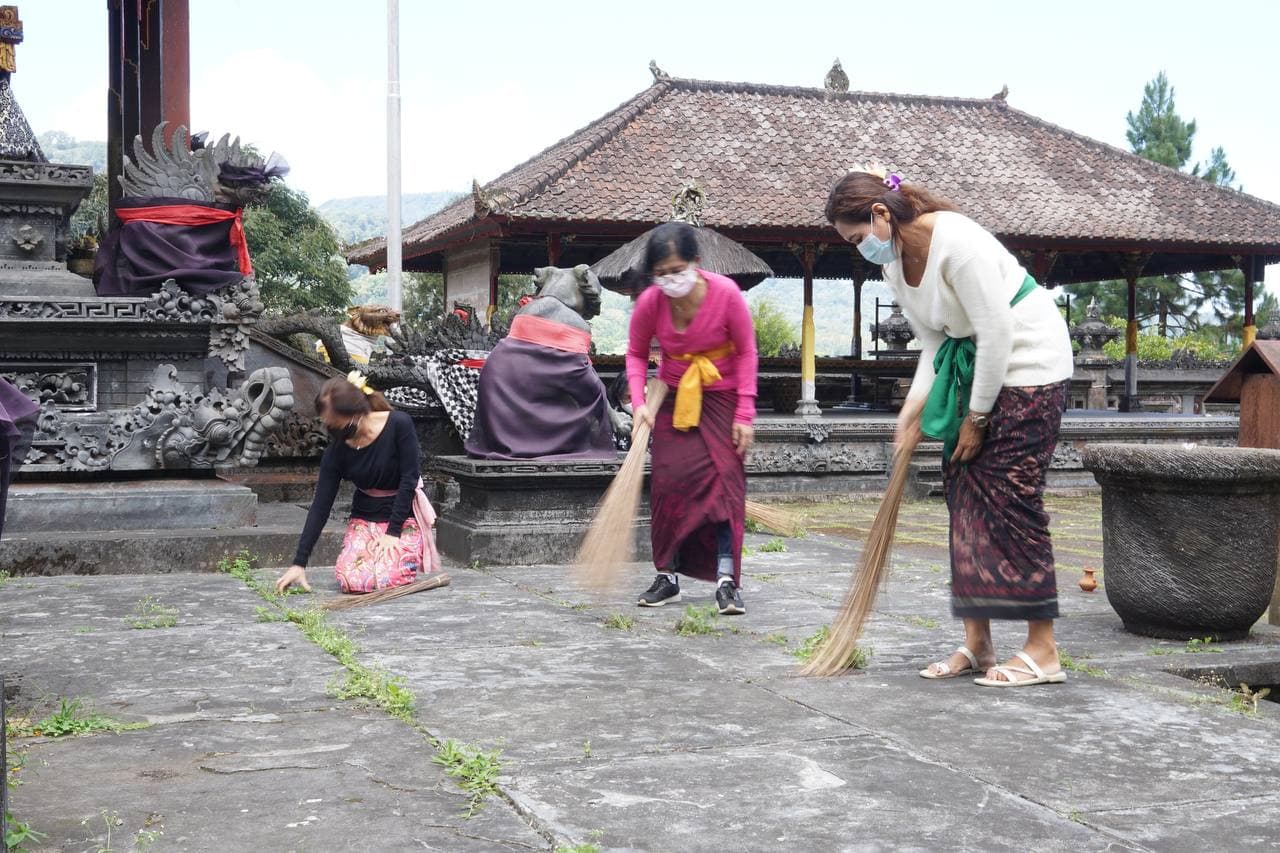 As the chairperson, I am very proud of the women of DWP Unud, because women are not only able to attend formal events at various events held by the university, but also still have a very high concern for environmental conservation," he said. today is the mareresik event, in which by donating a trash can, pamedek who is tanked to the temple, it is hoped that awareness will grow to dispose of leftover flowers, leftover canangs in the space provided. and the sanctity of temples, he hopes that activities like this can be carried out every year to temples or other places such as temples in the campus area, both on the Sudirman Campus and on the Bukit Campus. 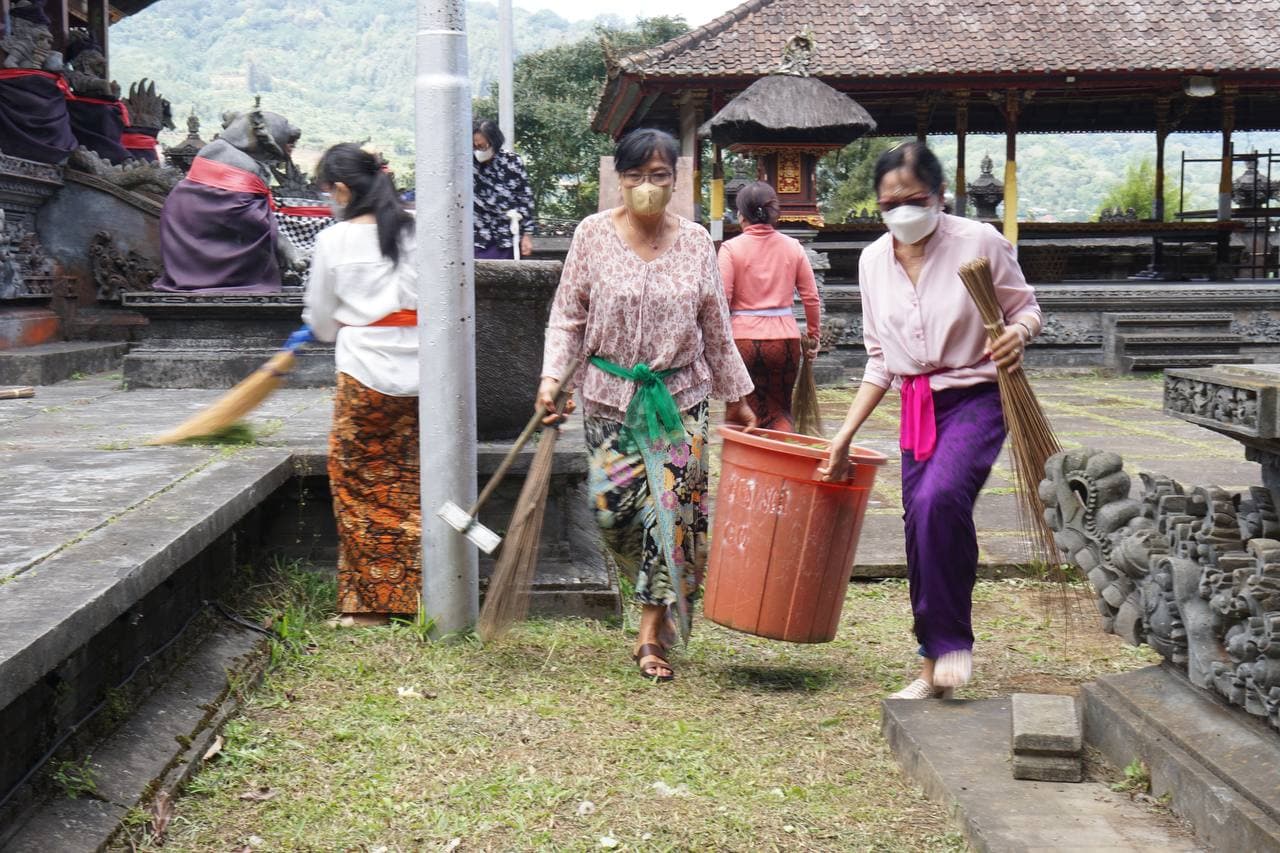 The event was then continued with regular monthly meetings at Handara Golf and Resort to discuss the technical implementation of the 22nd DWP Anniversary which will fall on December 7, 2021. In the series of DWP Anniversary events there will be activities in the form of tirta yatra and bowling tournaments which will be held in early December before the implementation of the DWP Anniversary. Even during this pandemic period, DWP Unud can still carry out activities and work well, useful for the surrounding community.

Jero Mangku Pura Ulun Danu Bulian Nengah Hartawan expressed his gratitude to the women of DWP Unud who have carried out service activities at Bulian Temple. He hopes that other agencies can do the same thing, not only focusing on work but also balancing themselves with beryadnya, even with ngayah. According to him, devotion to God is not only done by praying or muspa, but also can be done with ngayah, as did the women of DWP Unud.