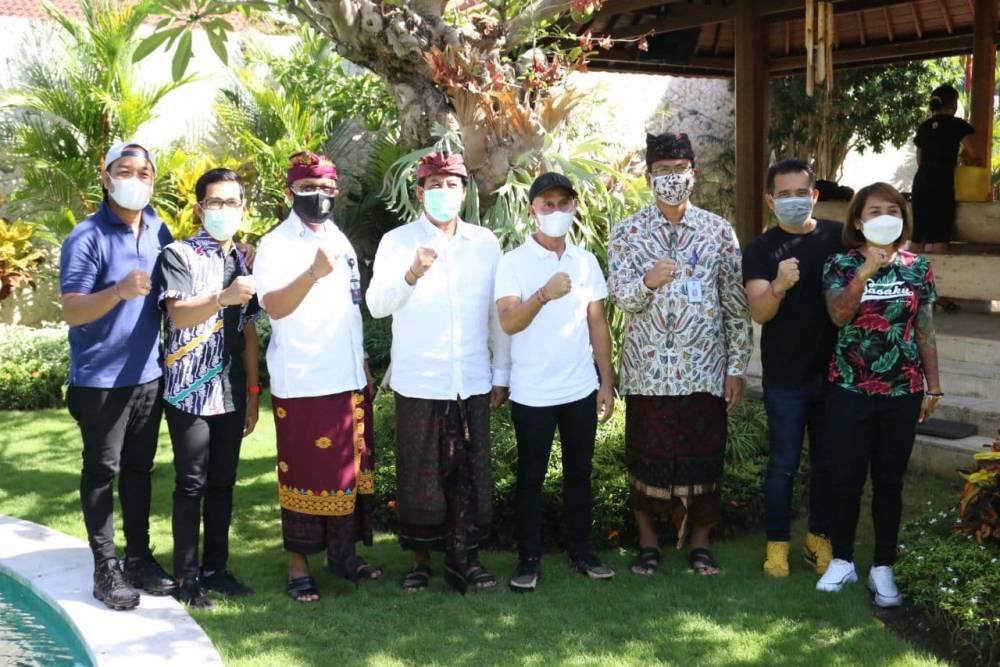 Vice Rector for Academic Affairs Unud Prof. I Nyoman Gde Antara together with the Dean of the Faculty of Engineering and the Director of the Postgraduate Program held a family meeting with Ajik Krisna, Thursday (15/7/2021). The meeting took place at Ajik Krisna's residence on Jl Hayam Wuruk Denpasar. Gusti Ngurah Anom or better known as Ajik Krisna is the owner of the famous Souvenir Center in Bali. This family meeting is related to friendship and the initiation of cooperation to support student entrepreneurship programs and empower assets owned by Udayana University. 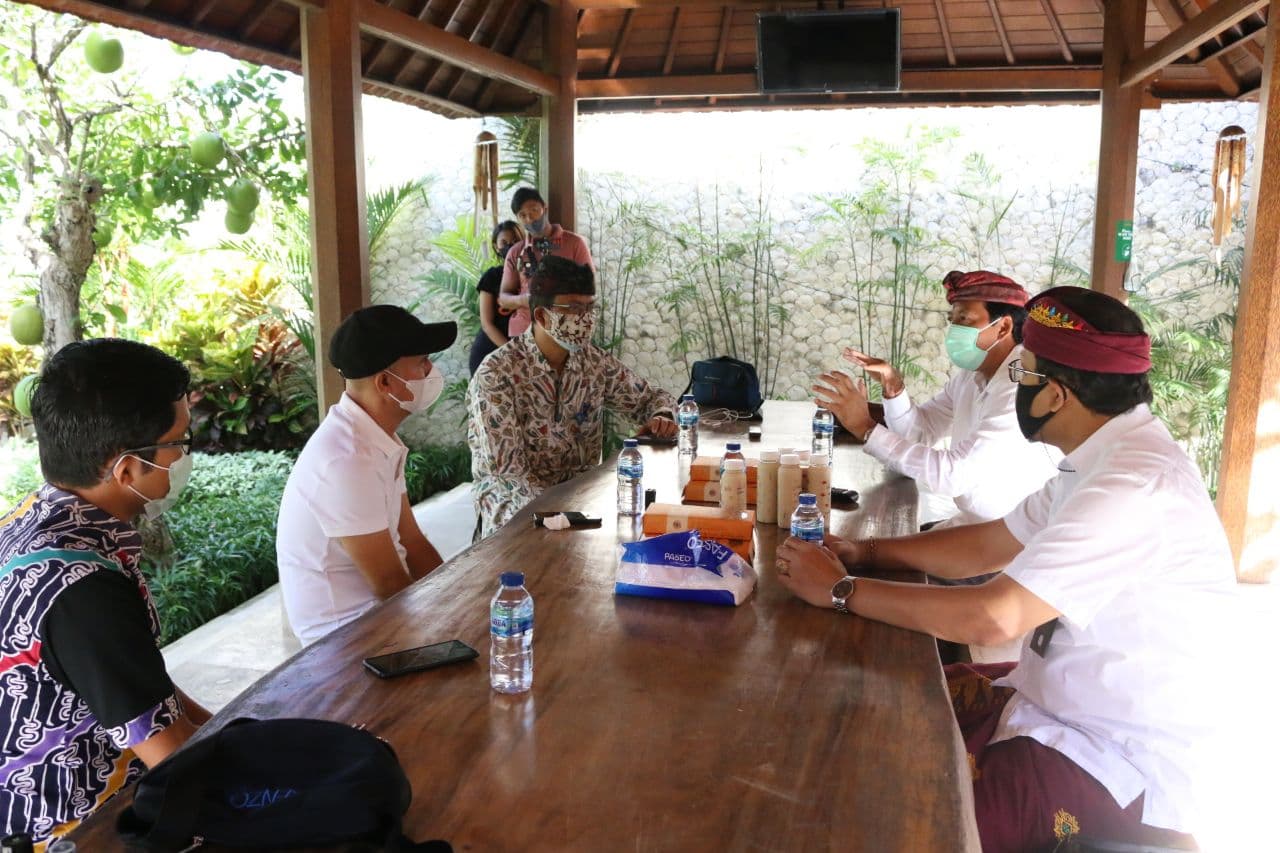 Vice Rector Prof. I Nyoman Gde Antara said that the meeting in the context of initiating this collaboration was the first step as the Elected Rector Candidate to support the work program and achieve the vision and mission after being sworn in. Prof. Antara plans to build a lecture building or shared lecture hall so that the lecture hall for students has standards and there is interaction between students from all faculties. In addition, he also has plans to build and develop student dormitories with a capacity of 6000 rooms and the campus will be made more modern equipped with various supporting infrastructure facilities, one of which is the Campus Restaurant. This is to create a comfortable campus climate. The Vice Rector also has a team that reviews the master plan which will later become the basis for the development and development of Unud in the future. It is hoped that through the development of infrastructure facilities can increase the number of student bodies at Udayana University. One of the indicators that must be empowered in this development is the utilization of assets owned through collaboration with partners. Through this meeting, the Vice Rector also hopes that Ajik Krisna can pave the way for cooperation with other local entrepreneurs in Bali. 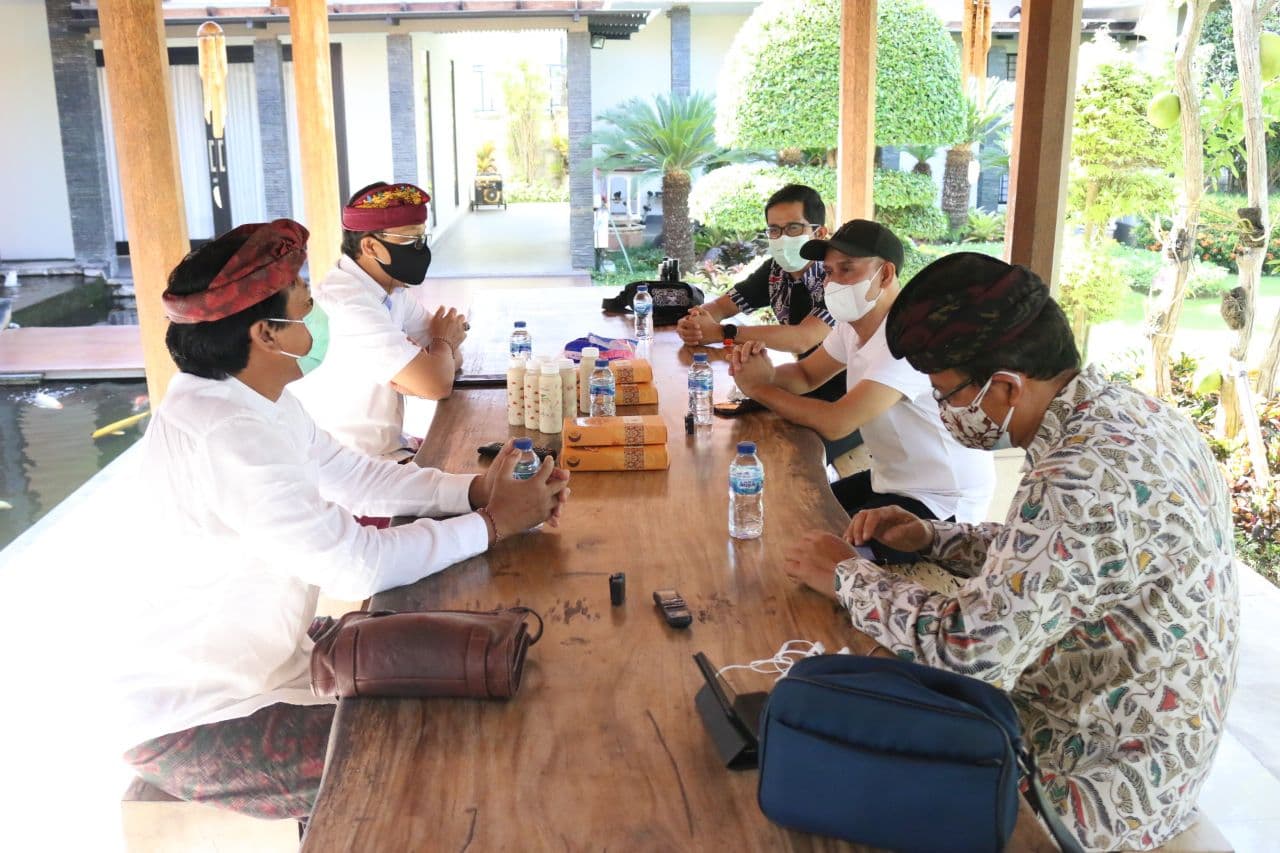 This meeting also discussed opportunities for collaboration that could be implemented, one of which is to support the MBKM program and provide added value to students, graduates and institutions.