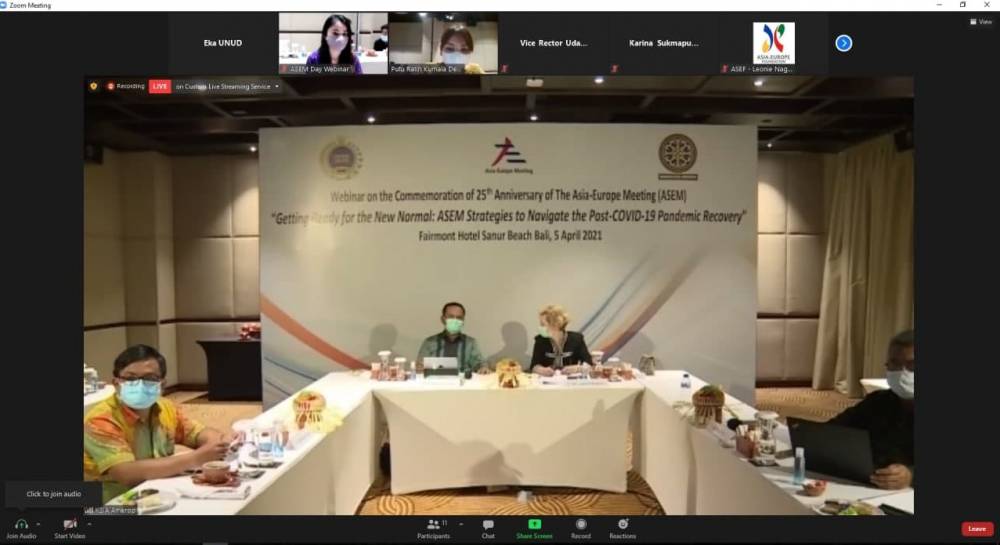 The Ministry of Foreign Affairs of the Republic of Indonesia together with Udayana University held an Asia-Europe Meeting (ASEM) Anniversary Webinar which took place in a hybrid way, namely offline at the Fairmont Sanur Beach Bali Hotel and online through the Zoom Metting Application, Monday (05/04/2021). 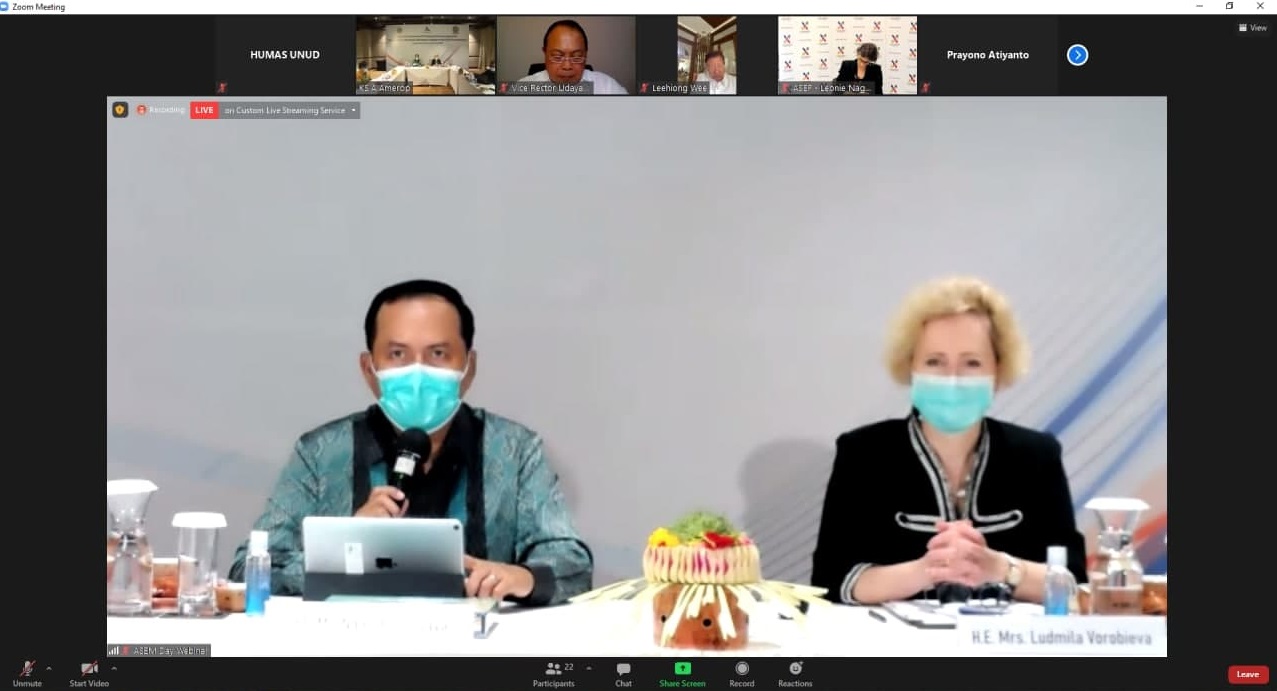 This year's ASEM Day webinar has the theme "Preparing for the New Normal: ASEM's Strategy to Navigate Recovery of the Post-COVID-19 Pandemic". The keynote speech in this activity was Ambassador Ngurah Swajaya as Director General of America and Europe and Prof. Ida Bagus Wyasa Putra as Vice Rector for Planning, Cooperation and Information at Udayana University. Also attending were other speakers Masni Eriza as Director of the KSIA America and Europe Ministry of Foreign Affairs of the Republic of Indonesia, Ambassador Ludmila Vorobieva as Russian Ambassador to Indonesia, and Leonie Nagarajan as Director for Education Department of the Asia Europe Foundation.

The ASEM webinar was also held in order to raise awareness about ASEM as well as to take advantage of ASEM in the framework of the 25th anniversary of ASEM and as part of the annual ASEM Day activities. 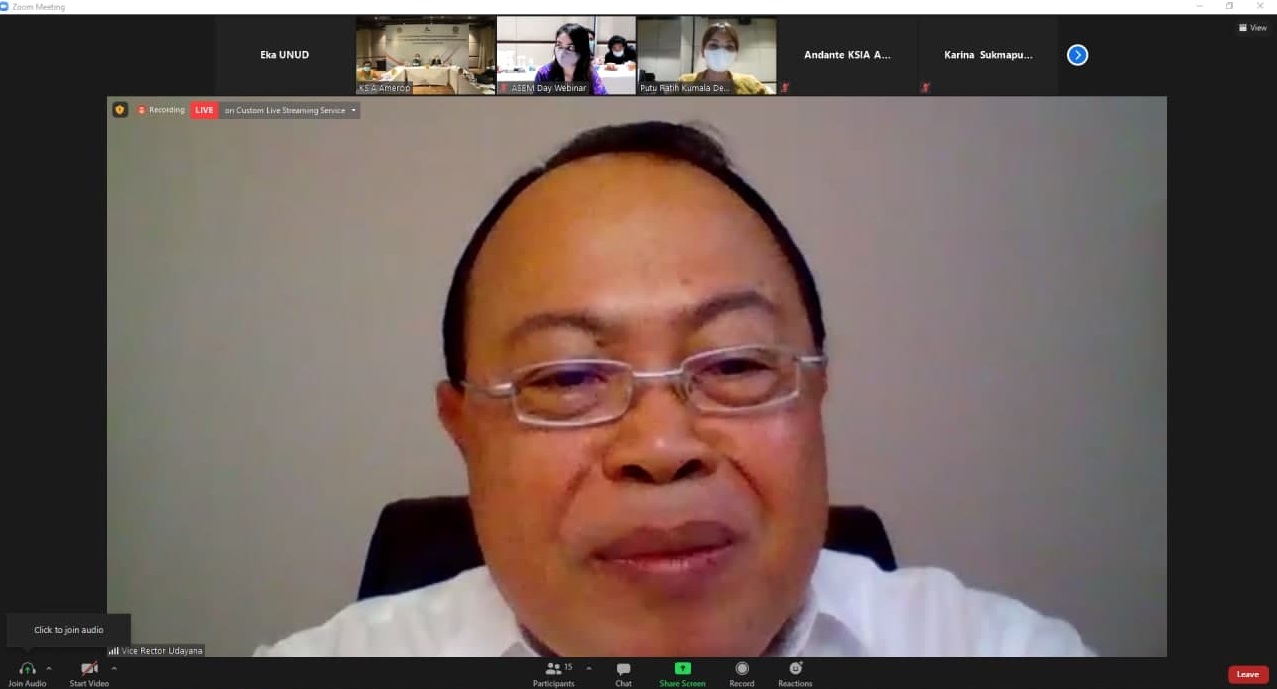 Vice Rector for Planning, Cooperation & Information Udayana University Prof. Ida Bagus Wyasa Putra in his narrative said that this pandemic has given us a new understanding of globalization, especially the relationship between the economy and the freedom of movement of society, which will lead us to redefine the concept of public relations in globalization. We are now entering a clearer hope for the future of human life as vaccinations by all governments around the world are increasingly successful. With this approach, the Indonesian government has prioritized various regions in Indonesia to carry out vaccinations that will promote economic recovery. Bali's speed of 2.6 million vaccinations began early January and is expected to be completed by the end of June. The Vice Rector hopes that this webinar will end with a more contextual and technical result on the process of economic recovery in local and central government in Indonesia and Bali in particular.