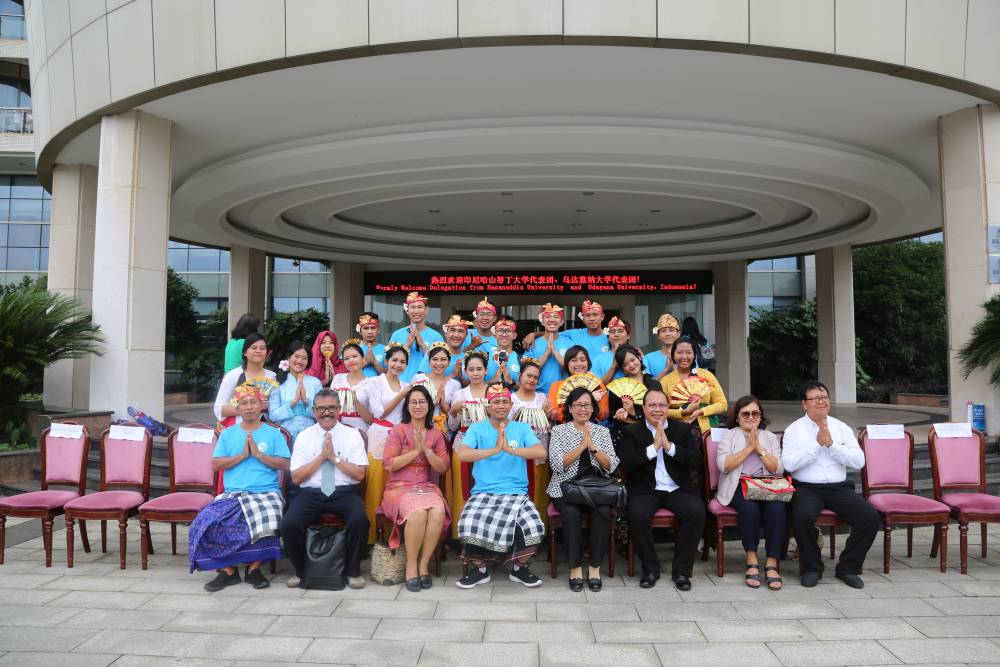 Sunday (01/07/18), Udayana University sent 24 students to attend 2018 Summer Camp in Nanchang. This activity did not only take place in Nanchang, but also in Guangzhou and Beijing. This Summer Camp activity lasts for 2 weeks, from 1st to 14th of July 2018. The opening of the Summer Camp takes place on Saturday, July 7th, 2018 which was attended by the Vice Rector III, Prof. Dr. I Made Sudarma, M.S. and the Vice Rector IV, Prof. Ida Bagus Wyasa Putra, SH., M. Hum. The event was motivated by the collaboration between Udayana University, Confisius Institute, Hanban, Sebelas Maret University and Hassanudin University. The event was opened by the Nanchang Chancellor, namely Mr. Li Bao Ming, who hoped that this event could continue in the future, and strengthen the relationship between Indonesia and China.

This activity also includes Chinese language courses, introducing Chinese culture, trips to historical sites in Beijing and Nanchang. Chinese culture is like Han Dynasty clothing, Taiji, traditional Chinese sports and painting on fans. In addition to studying, students also visit Tian'an Men Square, Forbidden City, The Great Wall of Badaling, Hutongs, Temple of Heaven, Capital Museum to study the history of China and also Hanban which is the center of Mandarin in Beijing, which is also the center from a Mandarin teacher's area at CTCC (Chinese Tourism Training Center).

From this event, Robby Kurniawan; one of the 2018 Summer Camp participants gave a closing and explained the increasing arrival of Chinese tourists to Bali, and that is the reason why we, students need to learn Chinese, Robby also hopes that the cooperation between Nanchang and Udayana University can be better in the future and invite friends from China to come to Bali.