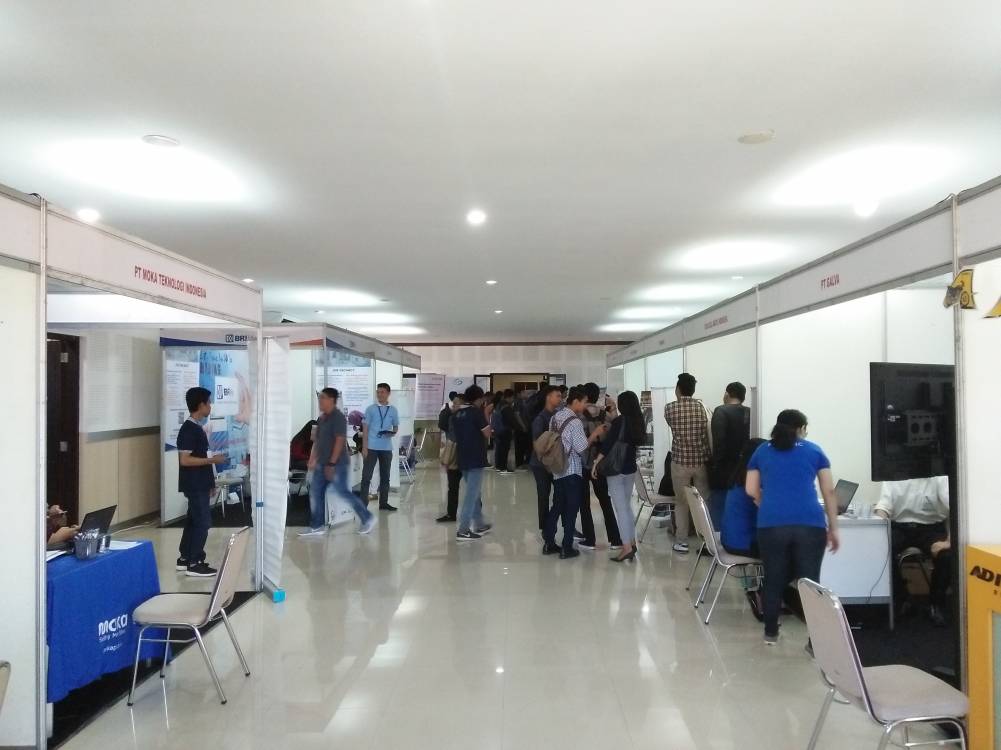 The atmosphere during the open booth of each company where is located in Nusantara Room, Agrocomplex Building, Udayana University.

The event entitled "be leader to future" with the goal of providing space for companies that require employees and meet with job seekers with the desired company.

Total of 45 companies opened their each booth located in the Nusantara room, Agrocomplex Building, Sudirman, Udayana University. In addition to the introduction of stands and companies, there was Softskill Training provided by practitioners, and interviews from the companies.

This activity lasted for two days, September 18 to September 19 2017. On the second day, there are open booths event from each company, HSBC workshop, and MAXI workshop about the world of occupation.

"The goal is there is an absorption of alumni to let they know about the world of occupation with the percentage of each company and certainly bring the job seekers together to the companies that available here." I Gede Riana as Chairman of Udayana Career Days Committee clearly said.

The implementation of this occasion is expected to get the opportunity and job opportunities that suit to their respective fields. (khania).